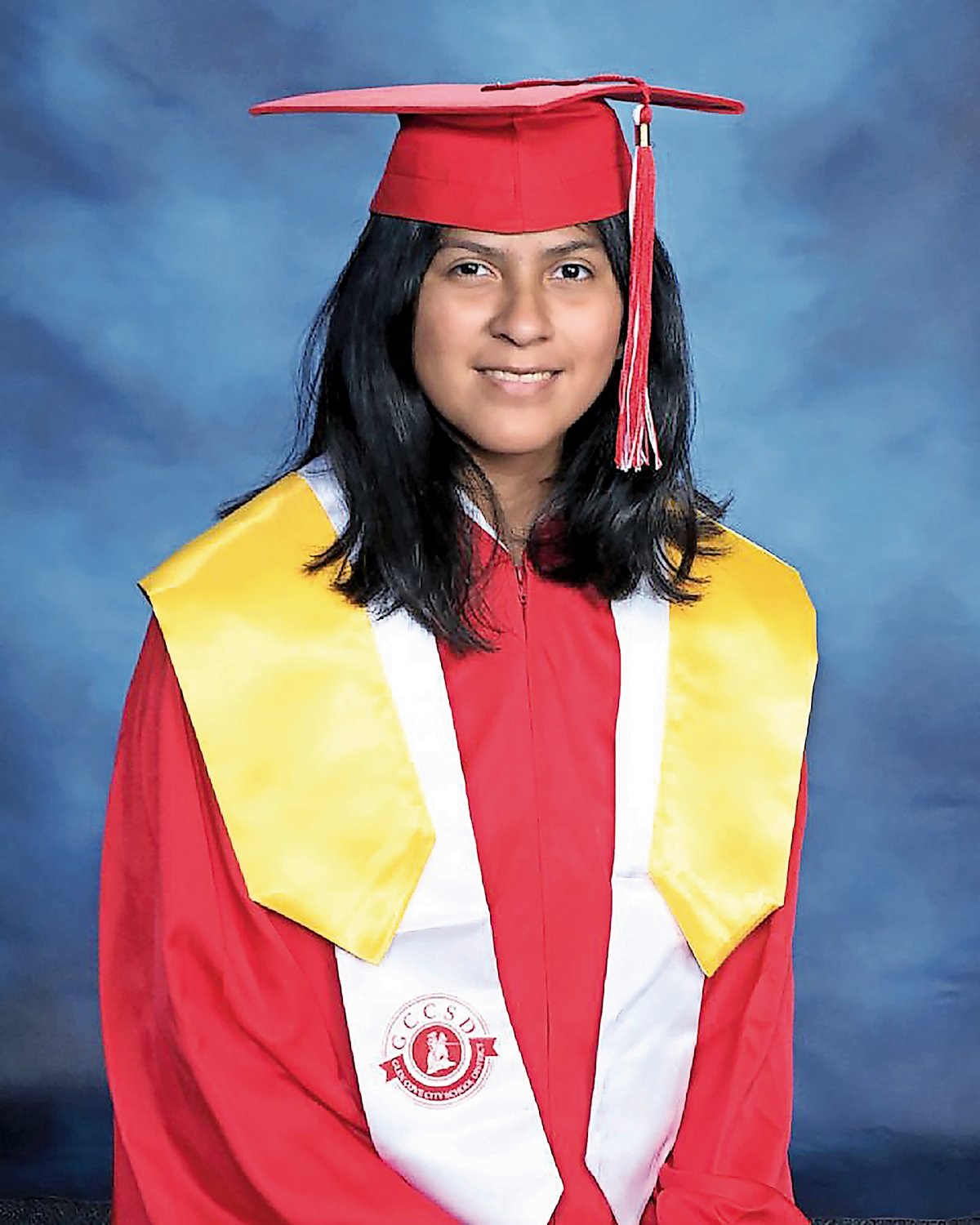 After receiving the news from her guidance counselor, Doris said she was shocked, but also excited. She immediately called her parents, Juan and Flora Serrano, to share the news. “It definitely feels surreal,” Doris said.

Graduating with a GPA of 104.27, Doris plans to go into the medical field and become a physician in Glen Cove. She will be attending Swarthmore College in Pennsylvania with a major in biology. Her role model, Dr. Catherine Scerni, a Glen Cove pediatrician, inspired Doris to go into the medical field. After seeing Scerni  work with patients and being a patient herself, Doris knew she wanted to do the same for her community.

“I want to be like that type of person that you go to when you don't feel well and be able to connect with the community,” Doris said. “I want to give back to Glen Cove.”

Her love for the city that welcomed her family, who immigrated from Peru, and the diversity of Glen Cove has made her want to stay and give back, she said.

Doris’s family came to the United States in 1986, moving to Queens. They moved to  Glen Cove when they wanted to start a family. Her father, Juan, who works at a Lexus Dealership, attended university in Peru and her mother, Flora, graduated from high school in Peru and is a housekeeper. After coming to the United States and growing their family, they wanted their children to have even greater opportunities than what they had.

“We always told them, both my son and my daughter, you had to study [and] work hard,” Flora said. “This country is a blessing because they give you a lot of opportunities.”

Because of their hard work and determination to provide a better life to their children, Doris said she wanted to follow their example.  “I want to give back what my parents gave to me,” Doris explained.

Her parents always pushed her to think outside of the box, especially her father. Juan told her to question everything from a young age and be curious. “He basically molded my passion and love for learning,” Doris said. “He always used to push me to really question things, even if they're like, really solid ideas.”

During her childhood, Doris saw she saw her mother cleaning the houses of many upper-class families throughout the neighborhood as a housekeeper. She said it showed her that she wanted a stable job to help provide for herself and those around her.

“We always teach them,” Flora said, “they have to do something better than us.”

During high school, Doris seized every opportunity that was thrown her way. She was a member of DECA, which is a community service business club, Keystone Club, and Student Senate at the high school. Outside of school, she took part in the Boys and Girls Club. Each of these community service leadership roles helped her realize  that she loved volunteering and helping people.

“It made me really realize that I want to give back to my community,” Doris said, “which definitely helped me realize that becoming a physician was one of the ways I could help out.”

“I always tell her not to just to be good academically,” Juan said, “I want you to be a good human being.”

During the start of the pandemic, Doris took part in Hofstra University’s Medical Scholars Pipeline Program, where high school students are able to interact with professionals in the field and take courses to prepare for college. Dories said she found the program helpful in solidifying her career path for the next four years.

“I got to learn more about medicine and the various sides of it that usually, students don't really see,” Doris said. “I think that definitely pushed me to really think about considering like medicine as a career.”

Juan and Flora said they are proud of their daughter’s accomplishments and are excited to see her start college. “We are blessed really,” Juan said.