Curtain rises on ‘The Color Purple’ 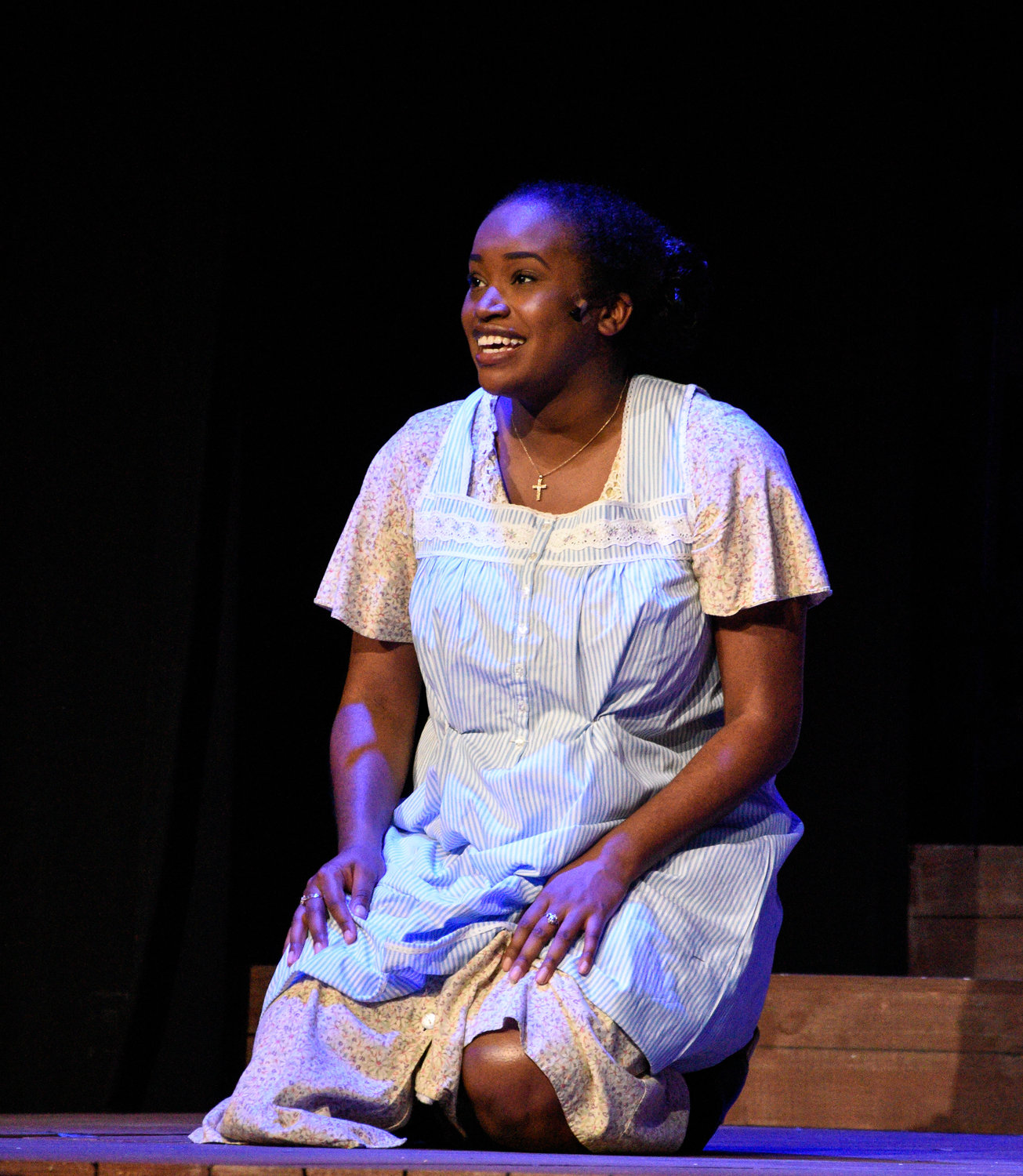 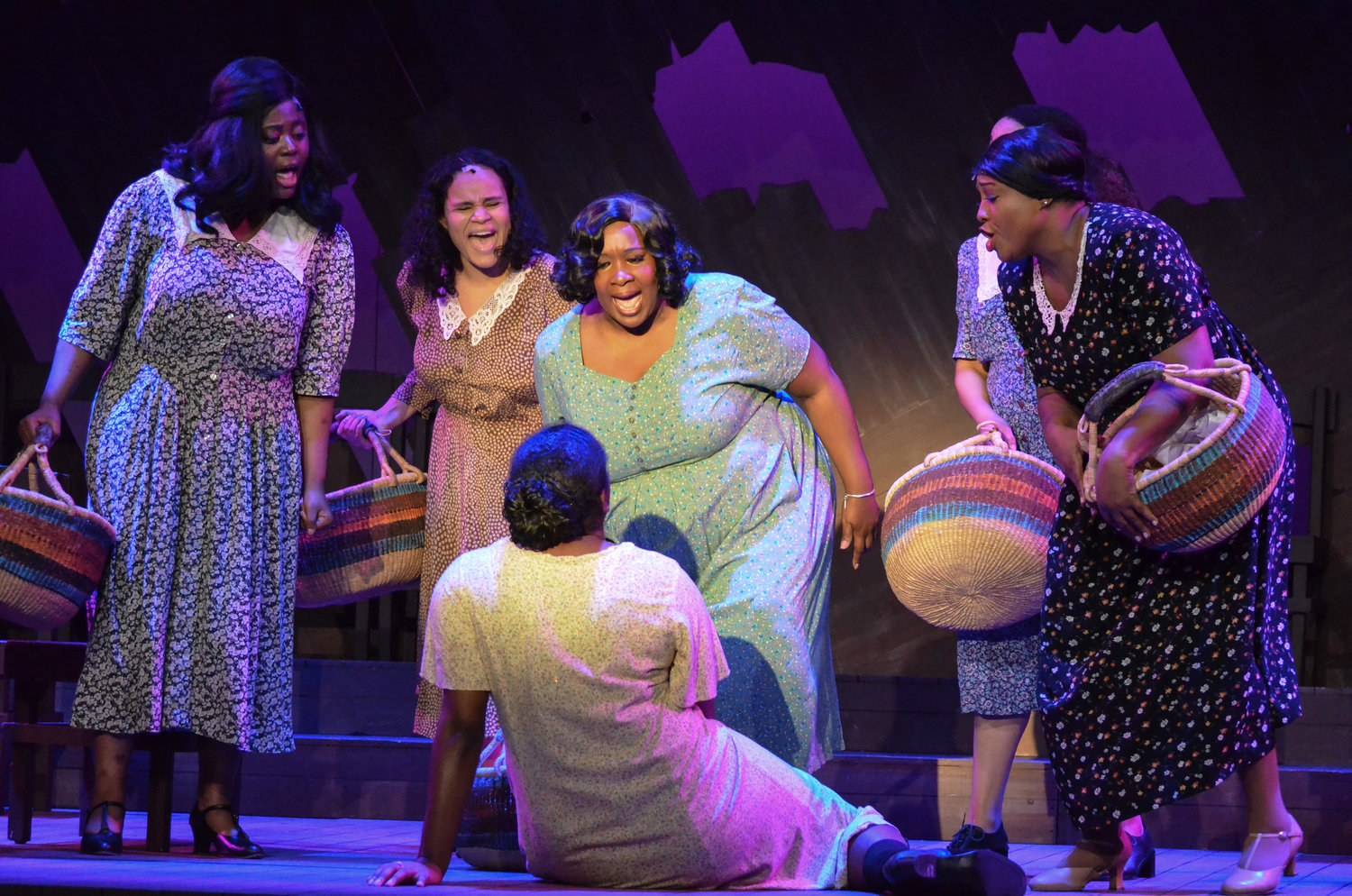 ‘The Color Purple’ challenges our perspectives on life, love, family and forgiveness, and guides us through the journey of self-discovery.”
Ellisha Marie, Sofia in ‘The Color Purple’
If you go...

Among the many success stories illustrating Long Island’s comeback from the pandemic is Plaza Theatrical Productions. A longtime community theatre stalwart, it went professional last year, with its new division, Plaza Broadway Long Island — all of it under the steady hand of Kevin Harrington, not only Plaza’s producer and director, but also its founder.

Operating under a union contract with Actor’s Equity Association, Harrington is focused on bringing professional Broadway-level productions — accompanied by a live orchestra — to their theater, located at the Elmont Memorial Library on Hempstead Turnpike.

The inaugural season of Nassau County’s first Equity theater included the Rodgers and Hammerstein classic “South Pacific” presented this past October. Now audiences can get a look at “The Color Purple,” making its Long Island premiere.

The fast-paced musical — which runs through June 12 — is a story of hope, a testament to the healing power of love, and is a celebration of life. The score features a variety of musical genres like jazz, ragtime, gospel and blues.

Based on Alice Walker’s Pulitzer Prize-winning novel — itself turned into the heavily Oscar-nominated 1985 film from Steven Spielberg film — “The Color Purple” it is an inspiring family saga that tells the unforgettable story of a woman who, through love, finds the strength to triumph over adversity and discover her unique voice in the world.

“’The Color Purple’ is a universal story,” Harrington said. “It focuses on human emotions and empathy, which transcend all ethnicities.”

This production stars Elmont’s Ellisha Marie as Sofia — the role played by Oprah Winfrey in the 1985 film. As a child, Marie — whose parents immigrated here from Trinidad and Tobago — only wanted to sing and perform. She memorized and performed every song she could for family and friends.

Marie was urged at Elmont Memorial High School to audition for the school musical “Annie.” Despite some apprehension, Marie mustered up the courage to audition. It was from there she knew that’s where she belonged.

After graduating high school, Marie immersed herself in the craft at went on to the American Musical and Dramatic Academy in Manhattan. She has since performed on stages in and around New York City, but is now making her return to Elmont for “The Color Purple.”

It’s a play that resonates with Marie, she said. And she’s no stranger to it, appearing as Church Lady during a run in White Plains.

“It is such an honor and privilege to be chosen by the theatre gods to perform in this iconic and timeless musical,” Marie said. “It means the world to me and is truly a defining moment in my career to be cast again … and to perform in my hometown, where my love for theatre and the arts began.”

Critics have cited this version of “The Color Purple” as similar to the acclaimed 2015 Broadway revival, which introduced Cynthia Erivo and won Tony Awards for Erivo and the musical itself.

“I am delighted to be presenting this beautiful musical,” Harrington said. “I was surprised to learn that this show has never been produced on Long Island.”

Harrington has seen both the 2004 original production as well as Erivo’s more recent revival. Harrington’s version is more in-line with the latest revival “with its streamlined approach” that makes it both “captivating and powerful”.

“One area particularly powerful is when the character Shug Avery tells Celie that she is beautiful,” Harrington said. “This is a transformative moment in the show as Celie, who has such low self-esteem, suddenly realizes that she is a beautiful person and begins to gain respect from others. I am struck by the impact of simple words on the lives of other people.”

Marie can’t help but notice the cultural significance of the story, even 40 years after Walker first published her novel.

“We are living in a post-pandemic world where people are trying to discover who they are, trying to heal from grief and the trauma of racial and gender divides and inequalities,” she said. “’The Color Purple’ challenges our perspectives on life, love, family and forgiveness, and guides us through the journey of self-discovery.

“Theatre and the arts have always been a magnificent platform to bring everyone together and help us navigate our way to the root of the issues and discover the truth of who we are.”