Dr. Irina Gelman set to take over as health commissioner 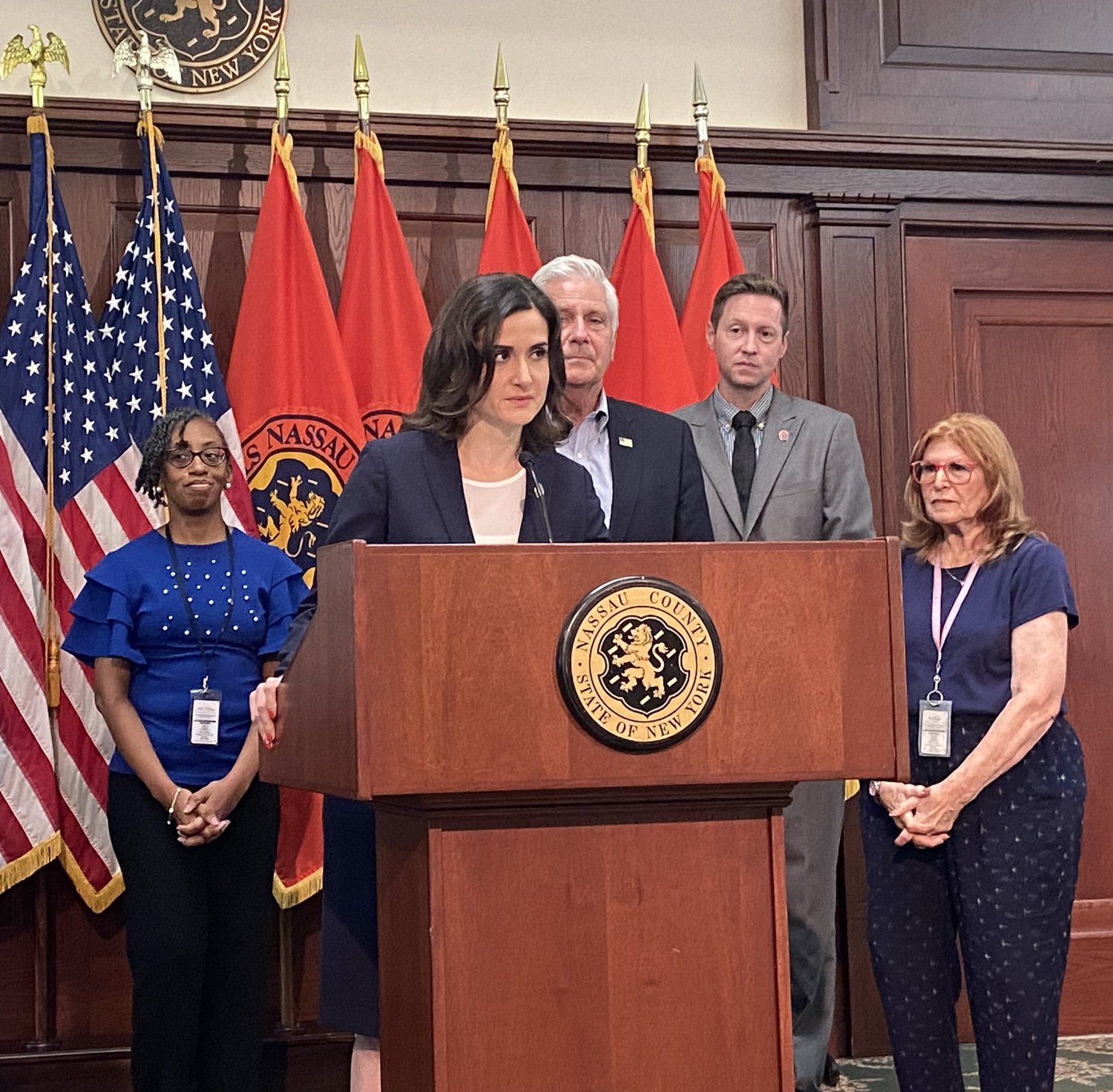 Nassau County has found a new health commissioner to replace Dr. Lawrence Eisenstein, who is leaving for the private sector.

Irina Gelman, the health commissioner of Orange County, will head south to represent Nassau once the sate gives its blessing. Her nomination was unanimously approved by Nassau’s health board, according to Nassau County Executive Bruce Blakeman.

“It is truly is an honor and a privilege to stand before you today, and I certainly relish the opportunity and look forward to hitting the ground running,” Gelman told reporters last week.

Out of many candidates the health board considered, Gelman was the most qualified, Blakeman said. She has been Orange County’s health commissioner since 2018, after spending more the four years as the public health director in Fulton County.

“She’s hands-on, and most importantly, she was right there at the epicenter of the coronavirus efforts in Orange County to manage them through that crisis,” Blakeman said. “When I spoke with her county executive, Steve Neuhaus, he had nothing but amazing things to say about Dr. Gelman.”

Once she gets state approval, Gelman says there is a lot of work to be done in Nassau County post-pandemic.
“Especially the relevant communication,” she said.

“Really engaging the community post-pandemic as to what it is health departments actually do for their community.”

That also means preparing for future emergencies while keeping a close eye on the county’s wastewater, looking for pathogens that might be spreading through the population.

Eisenstein’s last day is July 29. Andrew Knecht, the county’s deputy health commissioner, will fill in until Gelman is ready to go.