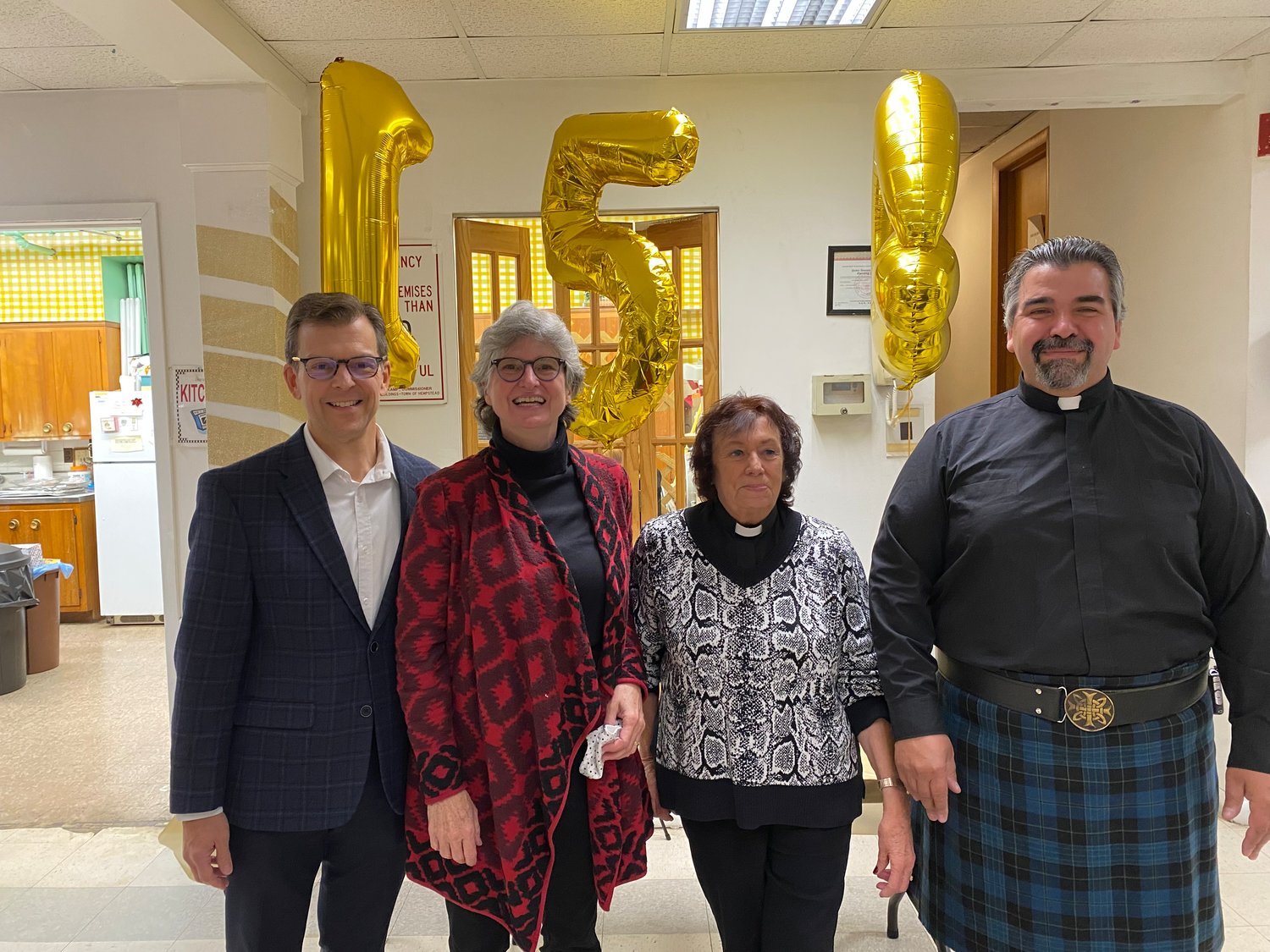 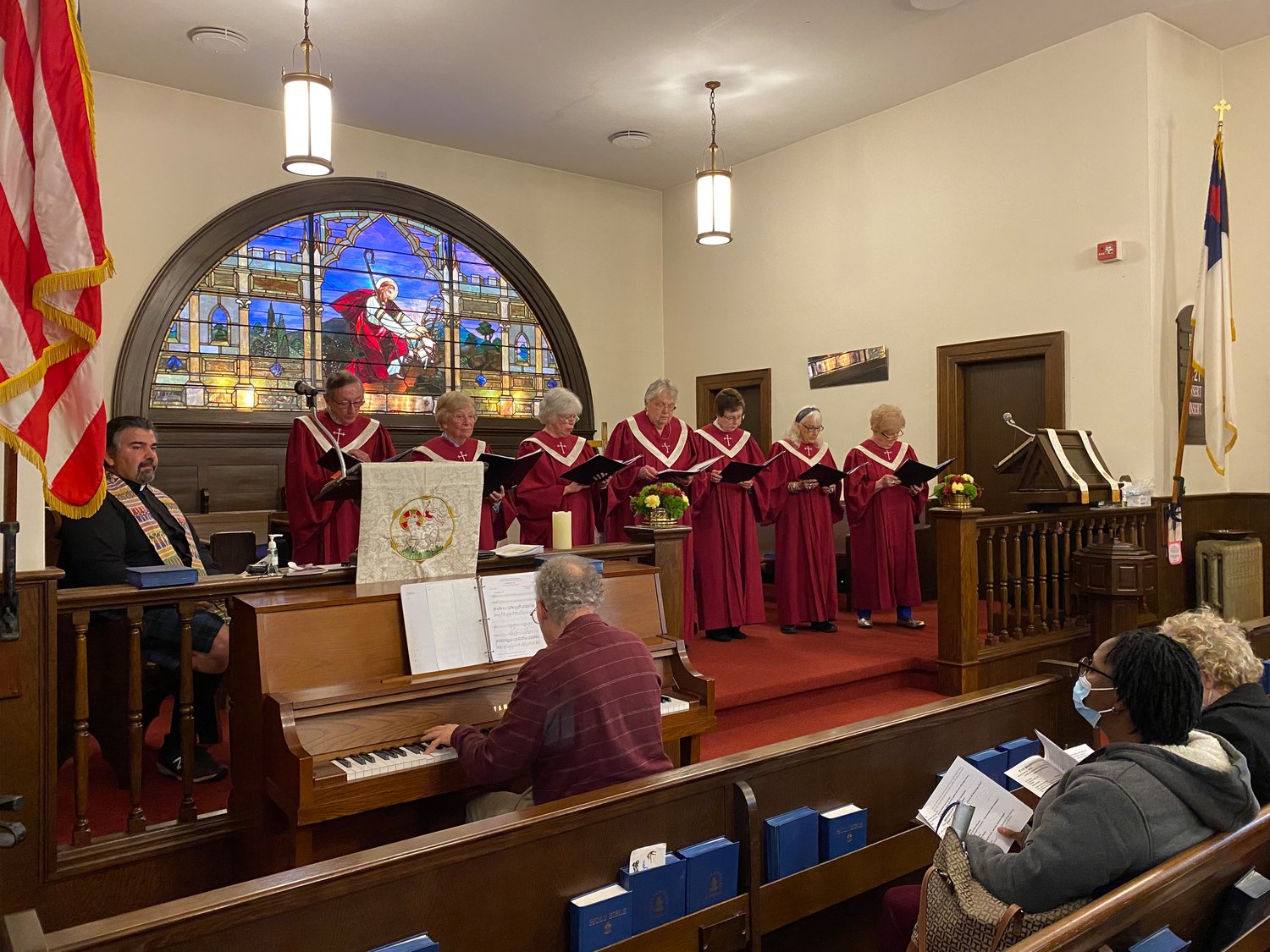 The choir serenades the crowd during the anniversary church service.
Tom Carrozza/Herald
Previous Next
By Tom Carrozza tcarrozza@liherald.com

John Odom, a Georgia native who served as the church’s pastor from 1990 to 1996, traveled from his home in Louisville, Kentucky to celebrate the anniversary with his old congregation. “Built into us in our DNA is this need to always change with the times and to share God’s love in new and different ways always as new situations and realities present themselves,” Odom said about the church and its longevity. “The little white church on the corner,” was Odom’s first assignment as a pastor when he was 25.

Current Pastor Russ Roth celebrated the progress the church has made over the years and looked forward to what can be continued into the future during his homily at the anniversary mass. “The past always had its imperfections – the struggles that we went through to as we moved forward into a day in which we are more accepting of the people around us – and who gets to sit in the pews alongside of us is not even a concern or a question,” Roth said.

“It was a privilege to serve with them for the year and a half that I was here as an interim pastor,” Reverend Janet Porcher, who served as pastor from 2014 to 2015, said. “The spirit is strong and well here and they’re a good and faithful congregation that reaches out to serve the community every day.”

The church has been a focal point for outreach in the community most recently virtually adapting to serve parishioners who could not make it into the church because of the pandemic. In the recent past, the congregation also helped those affected by Superstorm Sandy with power, water, and food.