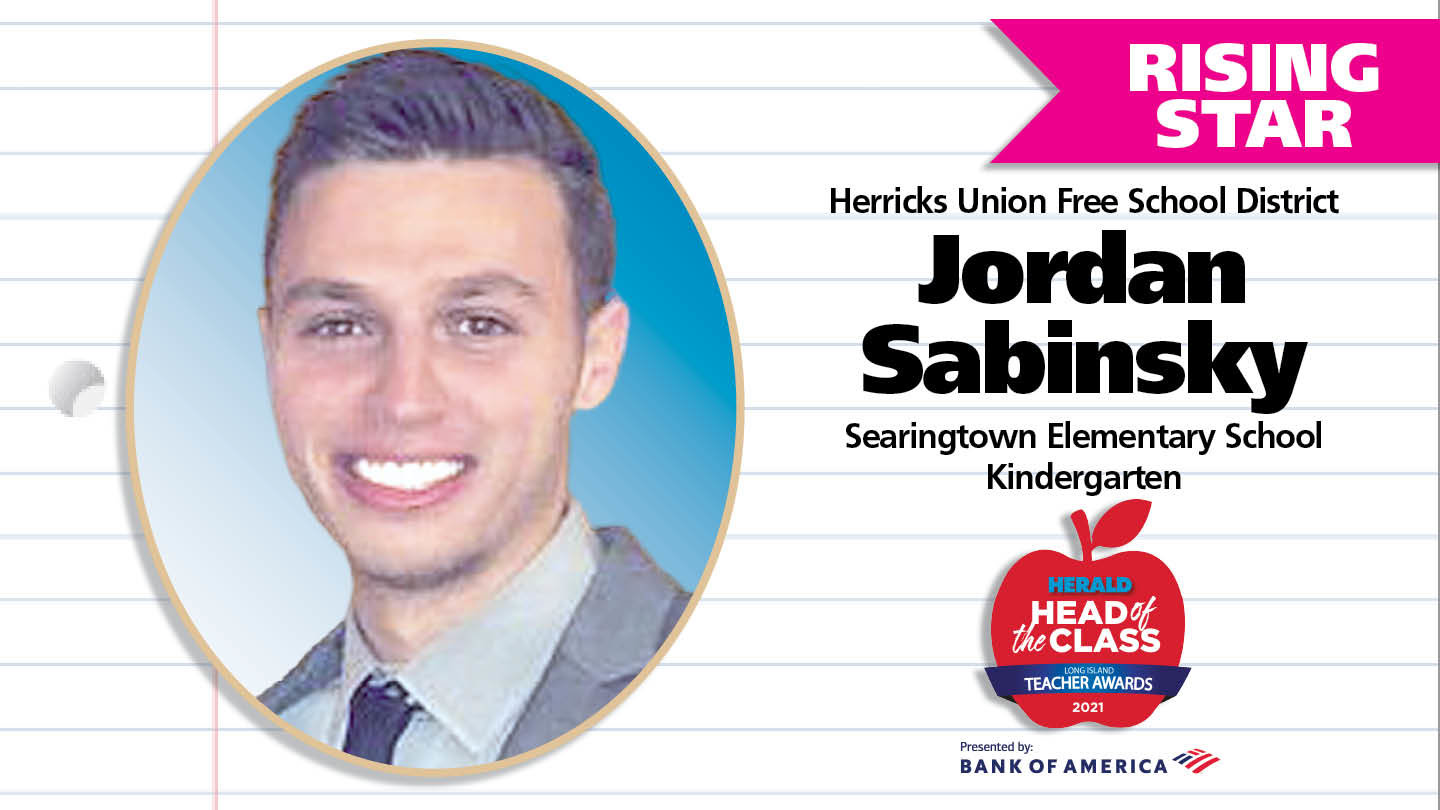 “When I was younger, everyone always used to tell me, my friends, my family members, they always said, ‘Joey, when you get older you’re going to be working with kids,’” says Sabinsky.

“Then, as I started to get a little older they started to say, ‘You’re going to teach kindergarten,’ which is the grade I currently teach now.”

During a trip to Guatemala, Sabinsky saw what everyone else saw in him. “My family and I do a lot of overseas work,” he says, “and we went to this remote village and brought school supplies. We spent the day playing soccer with them and I was in their school there. They had a hut where they lived and they had the school and I was working with this little boy, who only spoke Spanish. At the time I didn’t understand what he was saying, but we were working together. When I saw the look on his face, when we figured it out together, it was that light that went off in him and then I remember I realized that this is what I want to do for the rest of my life. I remember my family, my mom was looking at me with the boy and I looked up at her and I said, ‘I see it now. I understand what everyone’s been telling me.’”

Today, Sabinsky works to inspire and enrich his students’ lives every single day, and that goes beyond the curriculum. “I’ve got a call and response with my students,” he says. “It’s ‘don’t be good, be great.’ It’s really just about being the best, the best learner we can be, the best friend we can be.”

As a lifelong lover of sports and the outdoors, Sabinsky incorporates various activities into the school day for the children. “Now that the weather’s been getting nicer and nicer, not only do we take a mindful walk every morning, but in the afternoon, we start to incorporate even more play,” he says. “When we go outside, we not only take another walk around, but we make this big circle. I’ll call out a number, like five plus five, and if they say 10, and we do 10 jumping jacks together or we run in place together. We have a lot of fun doing that.” For Sabinsky, it’s important that the kids “love who they are, and that we take pride in not only our progress, but our friends’ progress, as well. It’s that emphasis that has led to the results of my classroom.”

Sabinsky emphasizes the importance of instilling a love of learning in his young students. “That’s something that is so important to me at such a young age, for them to actually love coming to school, to love to participate,” he says, noting that positive reinforcement is important in his classroom.

Sabinsky also builds confidence in his students as they learn vital skills such as reading and writing. “When we believe in ourselves, and when I give them that motivation, it starts to become a part of who they are. That’s something that doesn’t just apply to a kindergarten curriculum. It applies throughout their academic career and throughout life just believing in themselves, advocating for themselves.”

While still a young man himself, Sabinsky has already seen the results of building character in his young students. Recently, he says, his students helped a classmate conquer her fear of riding the slide on the playground. “A group of students started to notice that this girl was just standing out there at the top of the slide, not going down,” he explains.

The other kids started to cheer her on without Sabinsky’s prompting, and she went down the slide.

“That meant everything to me,” he says.