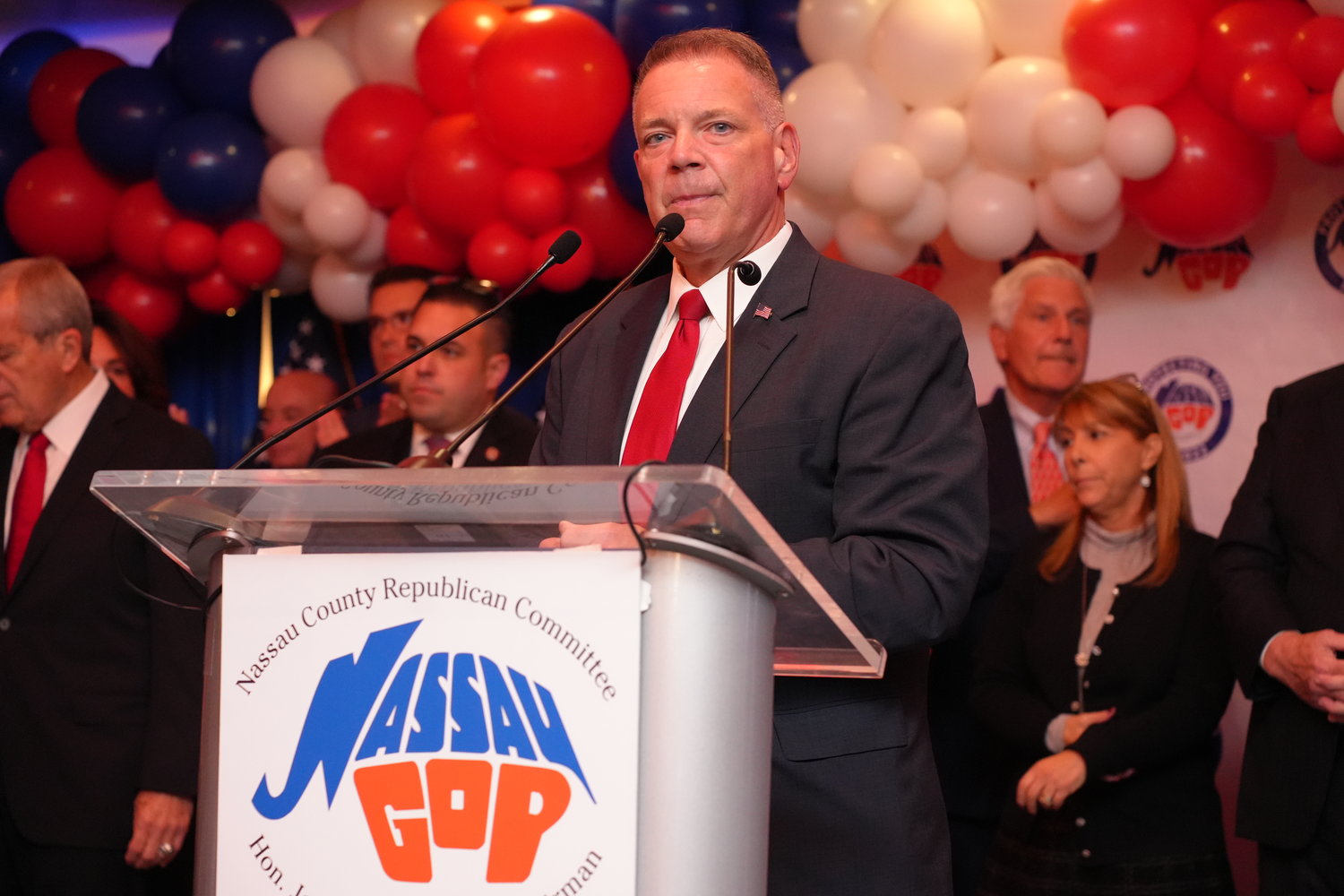 Long Island voters have cast their ballots for candidates in the races for the New York State Senate on Nov. 8.

Based on unofficial poll results from the New York state Board of Elections, Rhoads is expected to win with at least 28,501 more votes than Brooks, as of press time.

Brooks first won the seat in 2016, defeating the incumbent, former Sen. Michael Venditto. In response to the results, Brooks told reporters, “We lost the heart of the district.”

Incumbent state Senator Kevin Thomas declared victory over Republican challenger James Coll in the race for the Sixth Senate District — which was redistricted to include South Shore communities including Rockville Centre, Baldwin, and Freeport.

Based on the unofficial poll results from the New York State Board of Elections, Thomas is forecasted to win his re-election bid with roughly 16,130 more votes than Coll, as of press time.

“This was a challenging fight and in many cases, we faced almost impossible odds,” Thomas said. “But I’m no stranger to impossible odds. Four years ago I came in as a young legal services attorney and took on a 30-year incumbent and won.”

Thomas first took the seat after defeating the incumbent, former Sen. Kemp Hannon. In his victory speech he said that since then he has fought “tooth and nail” to protect voting rights, women’s rights to make their own healthcare decisions, and equal rights for the LGBTQ community.

“I’m standing in front of a slate of amazing candidates, people that are going to be amazing in the positions that they’re in. I’m really proud of this team,” Coll said in his concession speech. “This was the dream of a lifetime and I appreciate it very much.”

The third time proved the charm for Republican challenger Jack Martins, who lost his previous bids for Congress and Nassau County Executive. Martins declared victory in the race for the Seventh Senate District over Democratic incumbent Sen. Anna Kaplan.

Based on unofficial poll results from the New York State Board of Elections, Martins is expected to win by at least 8,046 more votes than Kaplan, as of press time.

“We all knew that this is the year where we’re going to draw the line in the sand,” Martins said declaring victory over Kaplan. “And we’re going to stand up to make sure we protected our communities, we kept our families safe, and sent the message to Albany that enough is enough.”

Based on the unofficial poll results from the New York Sate Board of Elections, Canzoneri-Fitzpatrick is predicted to win with at least 13,458 votes over Moore.

“It’s amazing that we were able to get our message out about the fact that the state is going in the wrong direction. It is not taking care of us. It is putting criminals first, instead of law-abiding, hard-working citizens,” said Canzoneri-Fitzpatrick in her victory speech at the Coral House in Baldwin.

“People heard our message, they came out, and that is what this is about. Getting our state back on track. And I can’t wait to go to Albany to advocate for all of you,” she declared.

Ken Moore declined to comment on the race to Herald reporters.