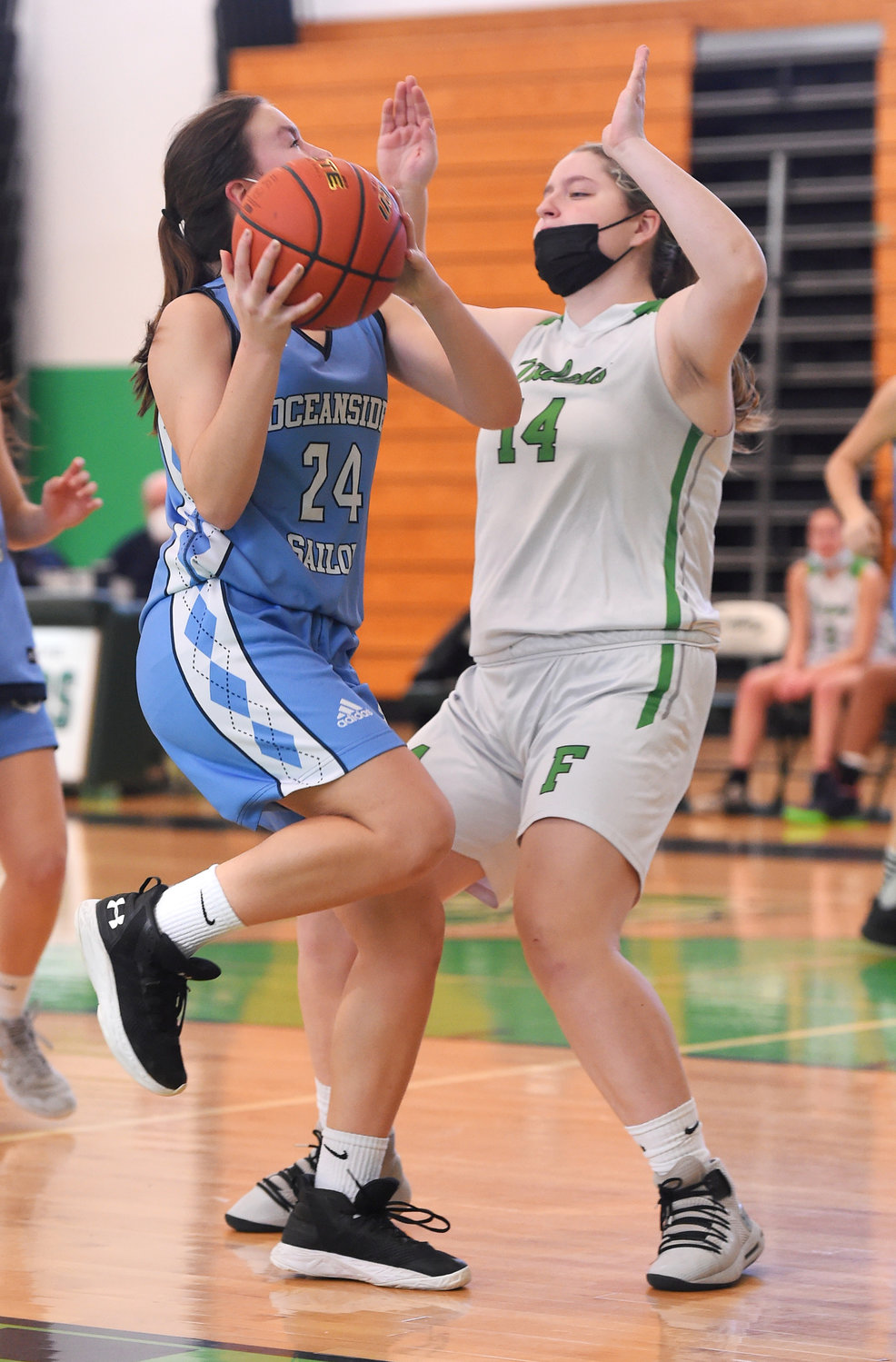 As has been the narrative with nearly every single roster in every sport, the primary hindrance for the Oceanside girls’ basketball team has been health.

The team has dealt with navigating COVID and injuries, and considering the confluence of unfortunate events, head coach Jared Stoler still has high expectations.

“Generally, if we can stay healthy we could be excellent,” he said. “We’ve been dealing with COVID and injuries like everyone else, but with everyone out it’s been hard to be consistent. It’s a battle of attrition at this point, but when we are locked in on all facets of the game we can compete with anyone.”

At this point, the Sailors have a 4-5 record overall, with a 2-3 record in Conference AA-1. Sophomore Brianna Amenta has been their primary scorer averaging 15 points per game. She came into the season with All-League honors and potential, and even with her lofty expectations entering the season, Stoler thinks “she’s even beating those expectations.”

Sophomore Samantha Farsky has stepped into a starting role nicely considering her lack of varsity experience, as she is averaging 6 points per game. She scored 11 to help Oceanside defeat Port Washington, 47-40.

With how everything has played out so far, Stoler said he’s “excited to see where the season goes from here.

“I’m really pleased with how we have performed up to this point in the season,” Stoler said. “We’re almost at the halfway point of the season, and once we’re healthy and see these teams for a second time I think we can win some of the games we’ve lost.”

Last Saturday, the Sailors came up short against Farmingdale by the score of 47-39. It was a hard-fought game on both ends, which is represented in the low-scoring outputs for both teams, but in the end Farmingdale was able to hold on for the narrow victory.

Amenta was the high scorer in the game with 19 points despite the copious amount of defensive attention she received, as she was face guarded the entire game, Stoler explained. Seniors Leah Minsky and Julia Lane each contributed six points, and the duo connected on all but one of Oceanside’s four three-pointers on the day.

Considering the current landscape across the conference, the Sailors still are very much capable of securing a playoff spot. The team currently sits fourth in AA-1, which would give them a spot as well as a .500 record or better. The league is notorious for being competitive from top to bottom, so nothing is guaranteed, but if the team performs up to its capabilities the playoffs are a reasonable goal.

“There’s no doubt that we could still be a playoff team,” Stoler said. “For the second half off the season it will be about taking that next step. There’s games this year that we lost by 7 or 8 that at full strength and with better execution could turn into 3-point wins.”

Oceanside will look to continue its playoff quest this week on the road against Uniondale.