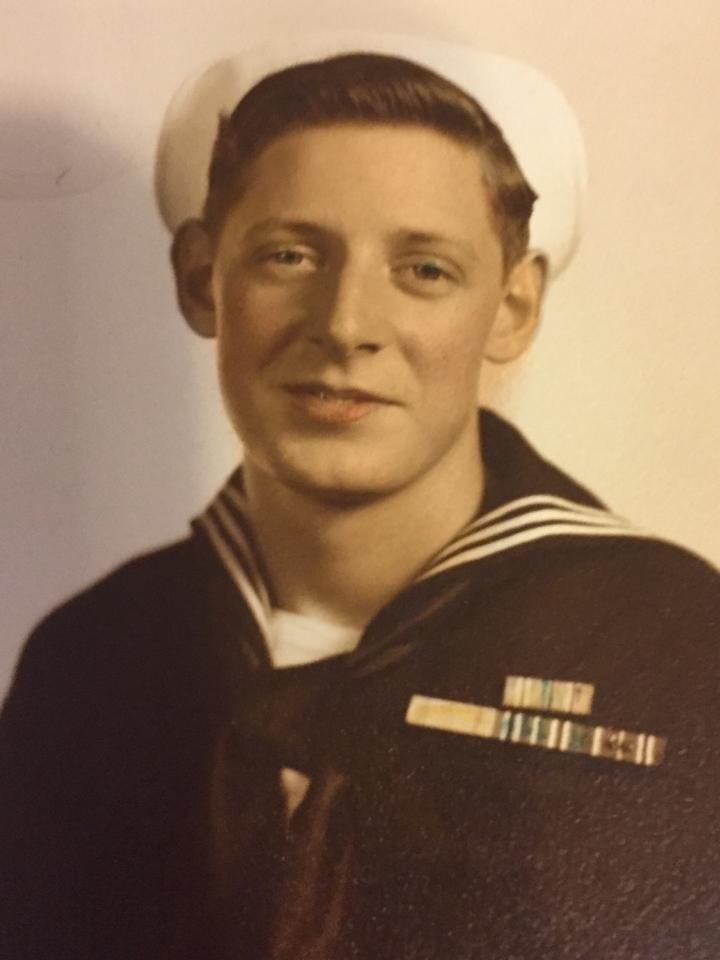 Maurice Mayes served both his country and his community with his military bravery and his electrical know-how.
Photo courtesy Diane Tamburello 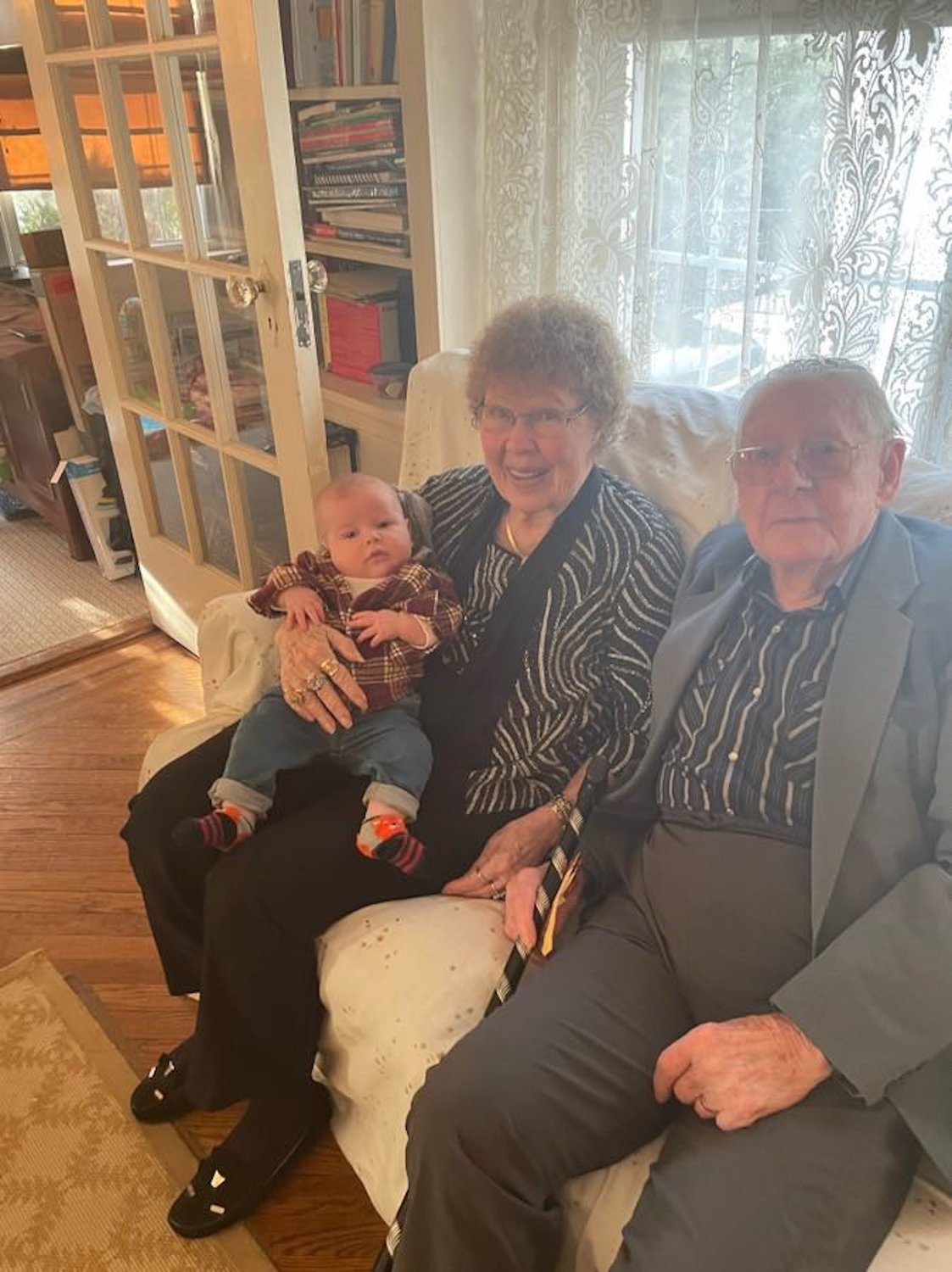 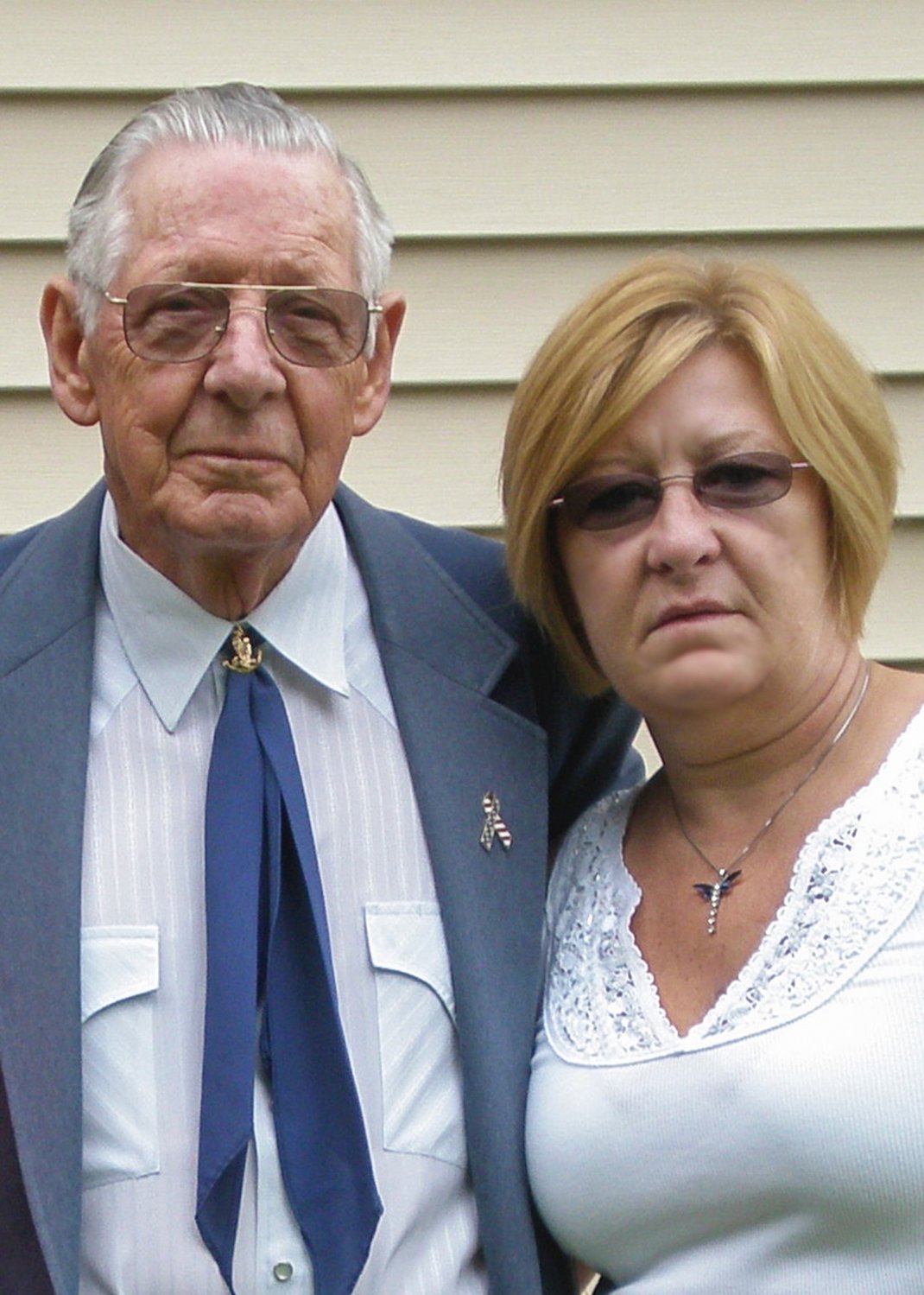 Although they were sad to see him go, all who knew Maurice B. “Sparky” Mayes, one of the last remaining U.S. Navy veterans of World War II living in Island Park, say that his coincidental death on Memorial Day weekend, on May 29, was one final thank-you from his country for his service. He was 96.

“Many people have said to us that it was very apropos that he decided to go on that weekend,” his daughter Diane Tamburello said.

Mayes was born on April 27, 1926, in Springfield, Tennessee, and, in the throes of the Great Depression, was raised by a single mother. In June of 1943, at age 17, he enlisted in the Navy, and completed basic training in San Diego.

Later he was sent to the prestigious V-12 Navy College Training Program in Ames, Iowa, to study electrical engineering.

Members of Mayes’s family said that although he was proud of his service, he wasn’t one to brag, or even talk about it often. “He was a quiet man of very little words, and never braggadocious,” Tamburello said. “He had little anecdotes here and there. He talked about growing up in his Navy days and things like that, but that’s it. For instance, we didn’t even know he was stranded on Normandy until about five years ago.”

“Under heavy German artillery fire, Mr. Mayes and his LCT (Landing Craft Tank) crew eventually got their tanks to the shore despite getting beached on a sandbar,” reads a biography on Mayes from a Feb. 24, 2017, Island Park Civic Association ceremony honoring him. “Luckily, Maurice’s shipmates survived but many did not. There were 10,000 Allied casualties on the first day alone. The crew spent almost a week on Omaha beach until a tugboat could get them out.”

From Western Europe, Mayes sailed to Italy and North Africa, delivering supplies and troops to their destinations. In the fall of 1944 he landed in Boston, and was later transferred to the West Coast, where he boarded an LST, or Landing Ship, Tank, to support military operations in the Pacific theater.

For most of 1945, Mayes traveled all over the Pacific, from Pearl Harbor to the Philippines, Japan and China. He served out his naval obligations before being honorably discharged in January 1948 with the rank of Petty Officer 3rd Class Electrician’s Mate. He was awarded a Good Conduct Medal, along with World War II and European Victory medals.

After his service he returned to his family, now living in West Hempstead, to work with his grandfather as a union electrician in Locals 25 and 3. While doing electrical work in the five-and-ten in Long Beach, he met his future wife, Norma Johnson of Island Park, where he would later relocate.

As the program for the 2017 ceremony honoring him put it, “The Navy lost a sailor and the electricians’ union gained a 50-year master electrician.” During his career, he worked on the Throgs Neck Bridge, in the Grumman space program, at the World’s Fair and on the Long Beach Bridge.

Additionally, he used his electrical skills as a volunteer in the community, helping to build the Island Park United Methodist Church. “It was awesome,” his daughter said. “It made me feel warm, and taught me how to be a good Christian and how to give back to the community.”

Looking back, Tamburello remembers a dad who was ahead of his time, willing to teach his two daughters traditionally male-dominated skills. “Having two girls, he never told us we couldn’t do anything,” she said. “He taught us how to pull wires and work on cars and help build decks. He never told us we couldn’t do it just because we were girls, and never judged us. If you go back to the early ’60s, women didn’t do that stuff.”

And, Tamburello said, her father was adept with his mind as with his hands. “Although he liked to do construction and garden and work on cars,” she said, “he also loved jigsaw puzzles, word searches and reading.”

A wake was held June 2 at Christopher Jordan Funeral Home in Island Park, and a Mass took place the following day at the Island Park United Methodist Church. Donations in Mayes’s memory can be made to the church at 364 Long Beach Road.