Where fantasy can become real money 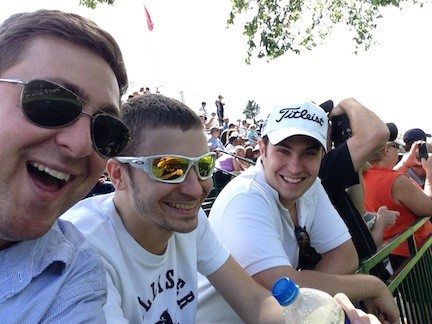 For most sports fans, fantasy leagues provide an entertaining diversion or an opportunity for friendly competition. But for Oceanside native son Seth Young, they are a vocation.

Young, 29, is the chief operating officer of Star Fantasy Leagues, a startup founded in Rochester, NY by brothers Justin and Zach Stanley in April 2012. The site provides gamers with an online platform for betting on fantasy sports — a practice that was conditionally legalized in 2006 under the Unlawful Internet Gambling Enforcement Act, which classified fantasy sports as games of skill rather than chance.

“It’s a numbers game,” said Young, explaining that even those who don’t follow the names of players can succeed in fantasy sports simply by aggregating data. “It’s crunching stats.”

“The differentiating factor that we have with regard to traditional season long fantasy sports is that we offer weekly contests for the NFL, and daily contests for other sports,” said Young. “This means that instead of drafting a fantasy team for an entire season, your rosters reset on a daily or weekly basis.”

Young’s road to Rochester was a roundabout one. After graduating from Brandeis University in 2006, he enrolled shortly in the School of Law at St. John’s University before withdrawing to pursue business. He began work at an online poker startup in 2005, but left for Las Vegas in 2009 to found his own startup, SY Ventures LLC.

After a three-year stint, Young shuttered the project and returned to Long Island, living in Long Beach until the house he was renting with his wife, Gabrielle, was gutted after Hurricane Sandy. Shortly after, he contacted Zach and offered to build a mobile site for the company.