A 'united front' against Port Ambrose 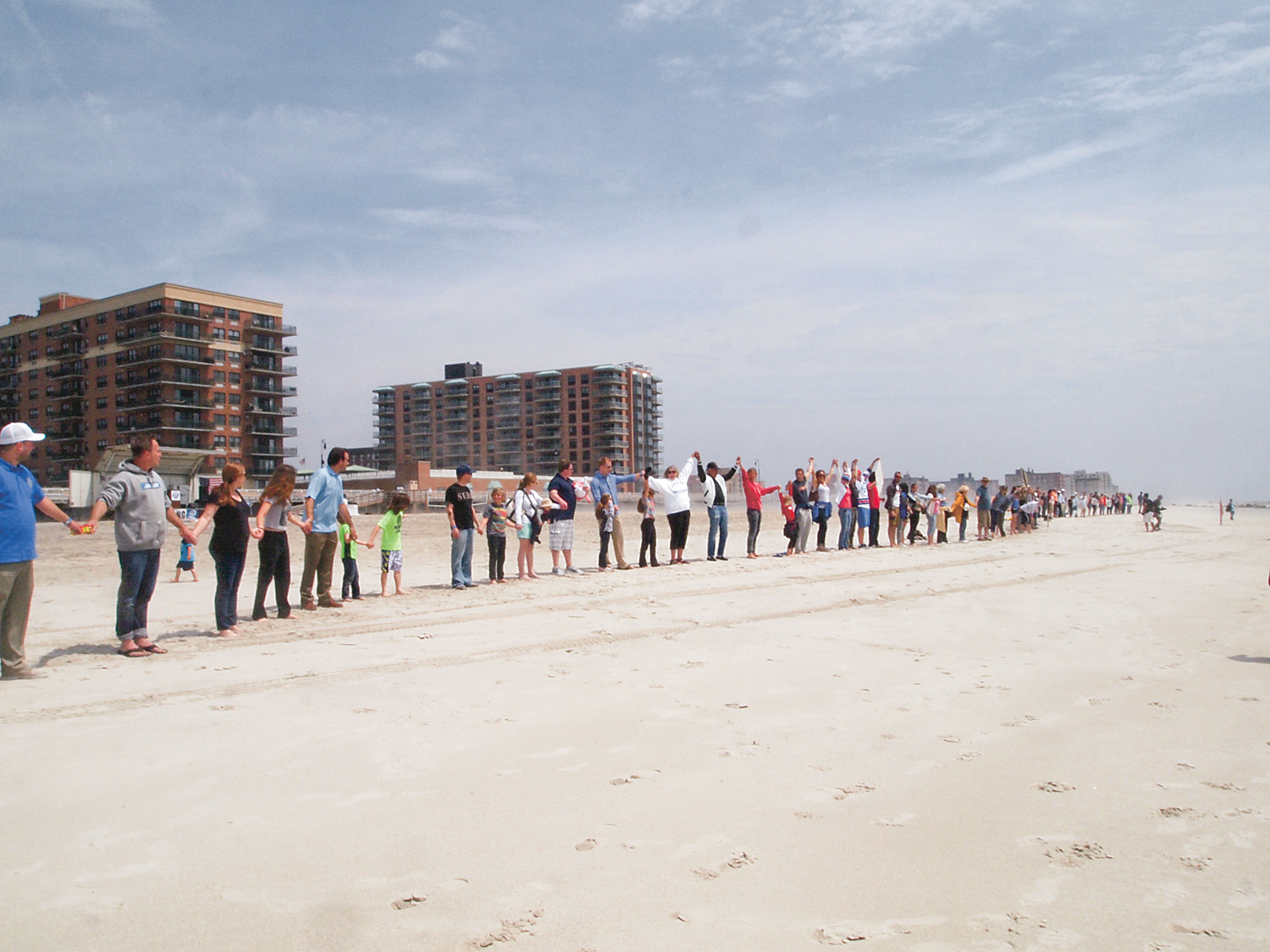 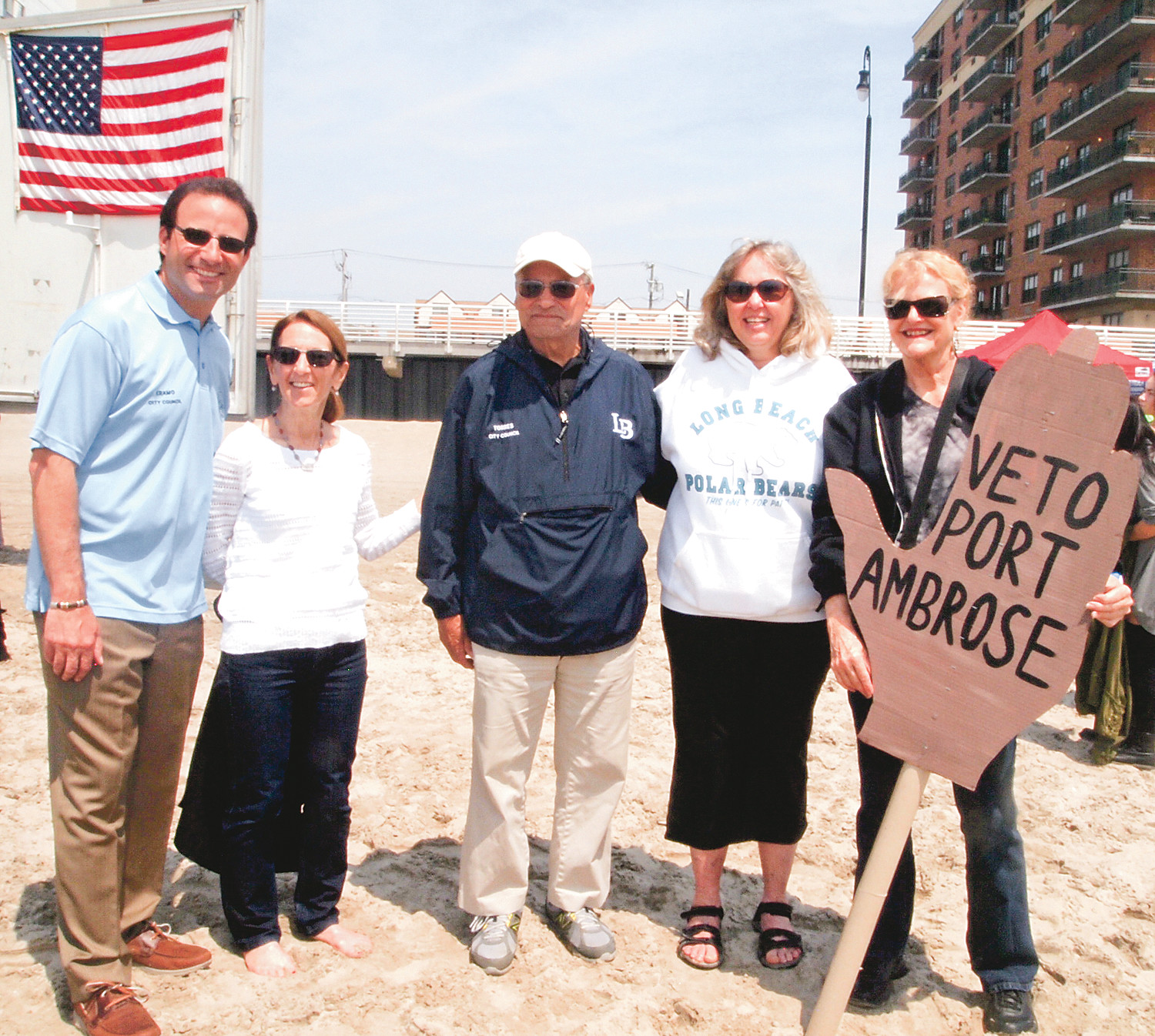 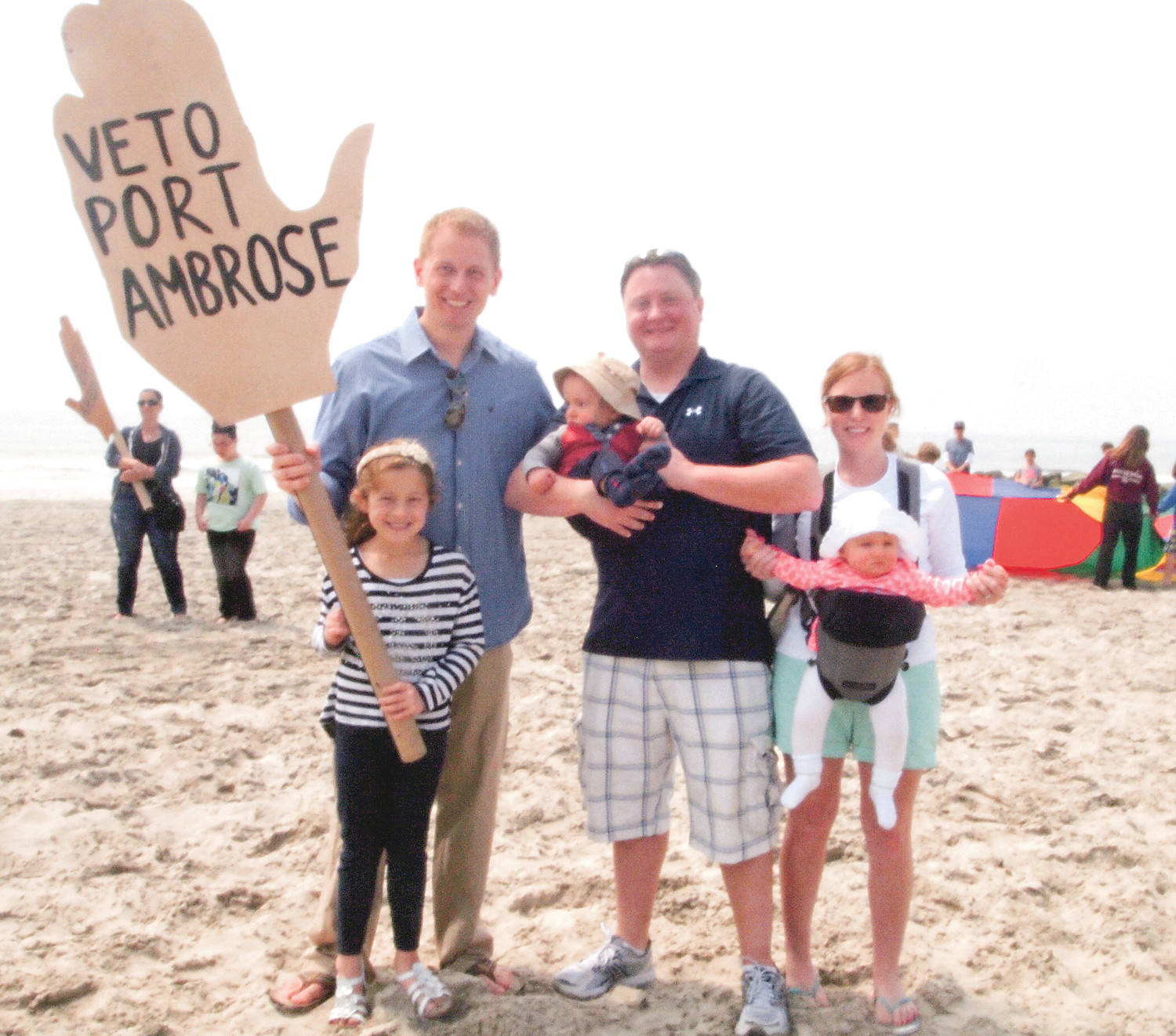 City Council candidate Angelo Lomonte, left, with his daughter, Giada held up a sign in protest. Candidate Brian Higgins and Sharon Higgins brought their children, Connor and Katelyn, out as well.
Photos by Ashley Ferrante/Herald 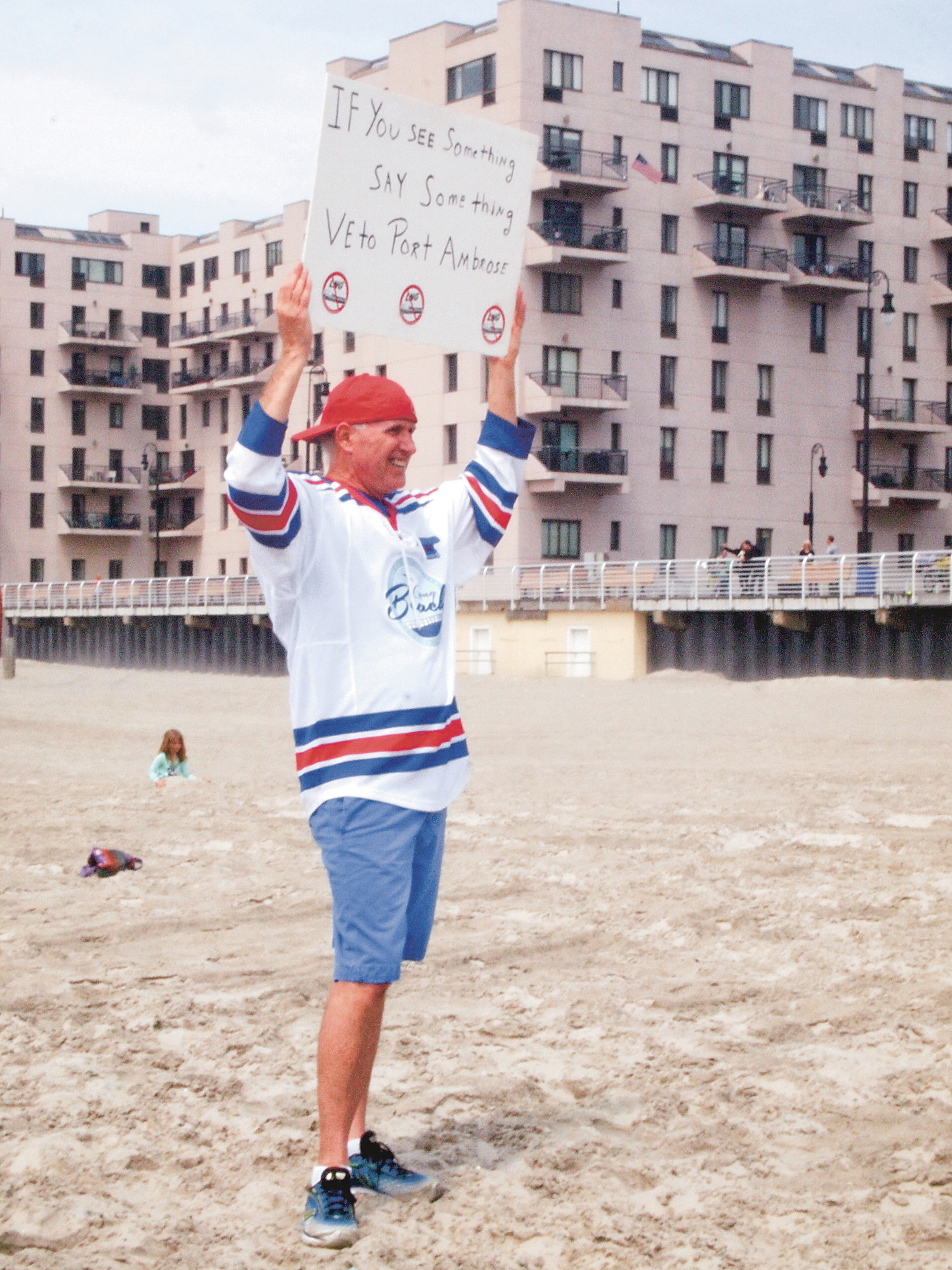 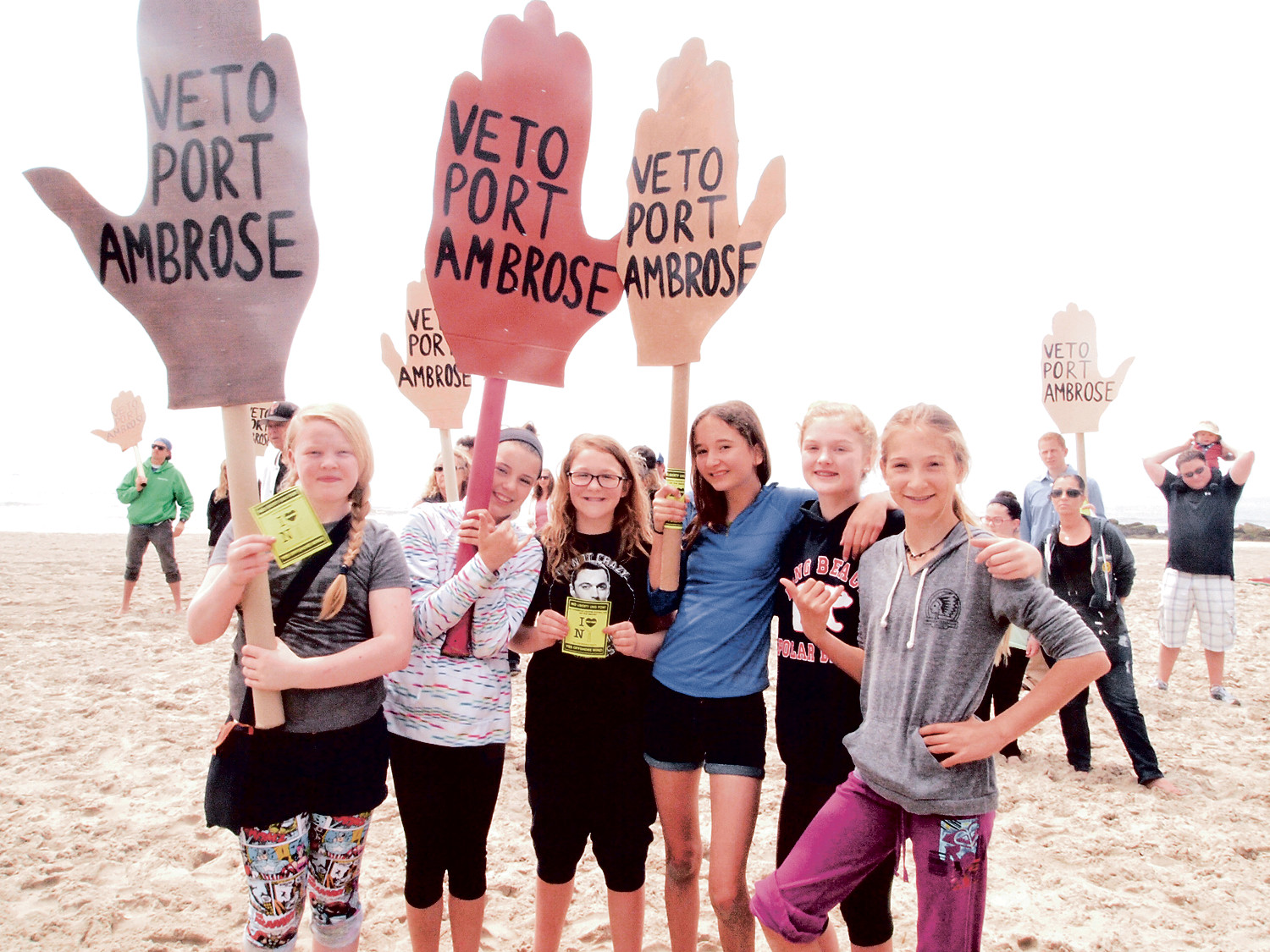 Residents, local officials and environmental groups came together on May 16 to participate in ‘Hands Across the Sand,’ a peaceful display of unity against offshore drilling and seismic testing. Hundreds held hands in a chain stretching down the beach in solidarity.

Though a nationwide event, the Long Beach gathering had a specific agenda in mind: to protest a proposed liquid natural gas facility that would be built off the coast of Jones Beach. Organizers said the goal was to send a clear message to Gov. Andrew Cuomo to veto the proposal when it comes across his desk later this year.

“The people have spoken, the people don’t want it,” said Marvin Weiss, vice chairman of the Central-Long Island chapter of the Surfrider Foundation. “And hopefully he got the message now.”

After opening remarks by environmentalists, City Council members, State Assemblyman Todd Kaminsky, County Legislator Denise Ford, and residents joined hands for 15 minutes on the beach. The crowd stretched from one jetty to another along National Boulevard beach.

Port Ambrose, the facility proposed by Liberty Natural Gas LLC, would consist of a series of underwater pipelines and buoys that would facilitate the processing and pumping of tens of millions of gallons of natural gas through the Transco natural gas pipeline, which runs from South Texas to New York.

The company needs federal and state approval to build the proposed terminal in federal waters. Earlier this year the U.S. Coast Guard and the Federal Maritime Administration “stopped the clock” on the project to delay making a determination on it. Once the timeline resumes, Governor Cuomo could veto the project, if there is sufficient public outcry against it.

“For us down here its very obvious. I haven’t met anyone here who thinking Port Ambrose is a good idea,” Kaminsky said. According to Kaminsky, the Governor’s office said that though many officials have advocated against the project, they still need to find out how the public feels about it. “We have in the months going forward an opportunity to let the Governor’s office know what the public sentiment down here is,” he added.