A win-win for Fehrenbach

MacArthur coach reflects on two big championships this past year 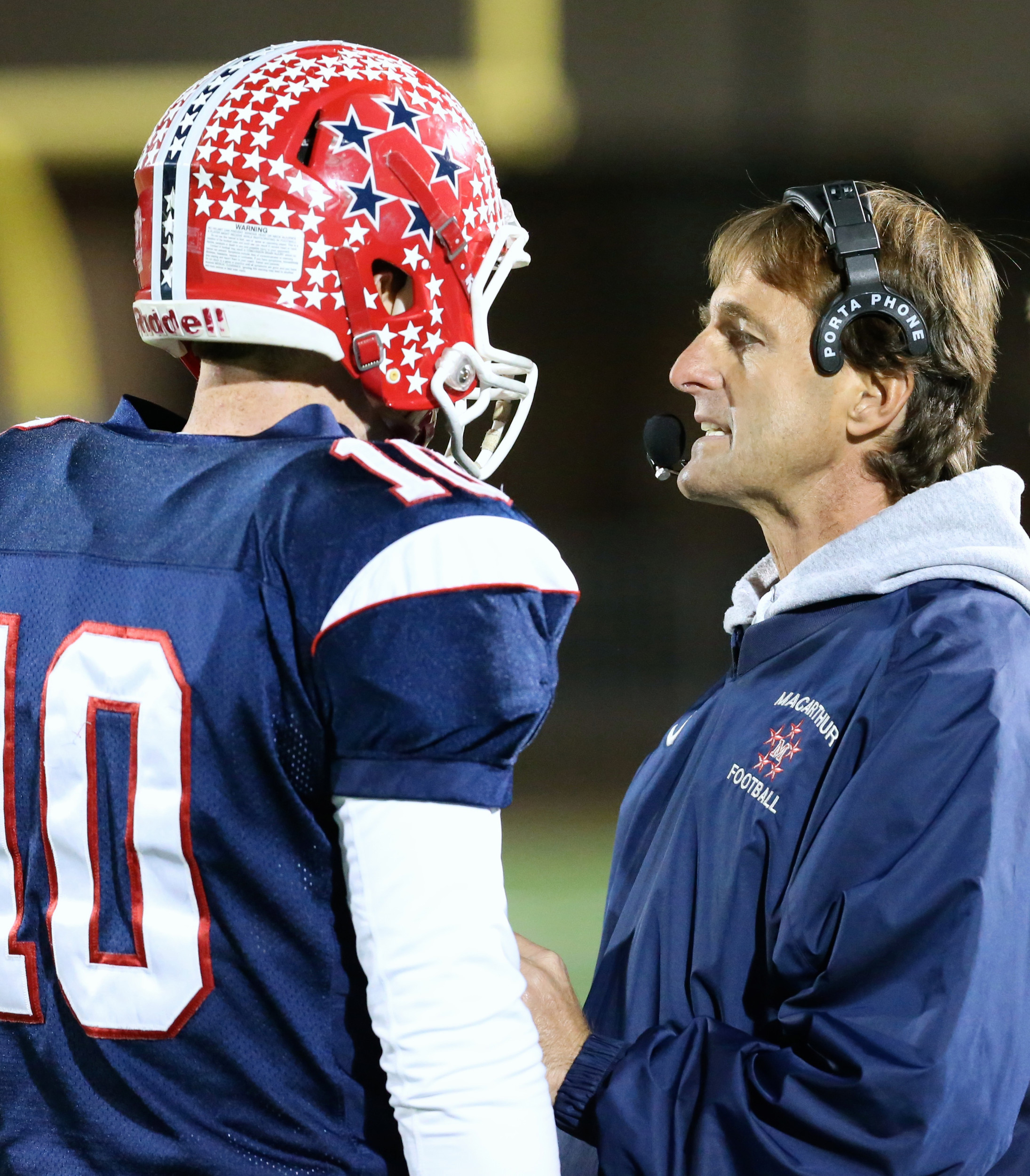 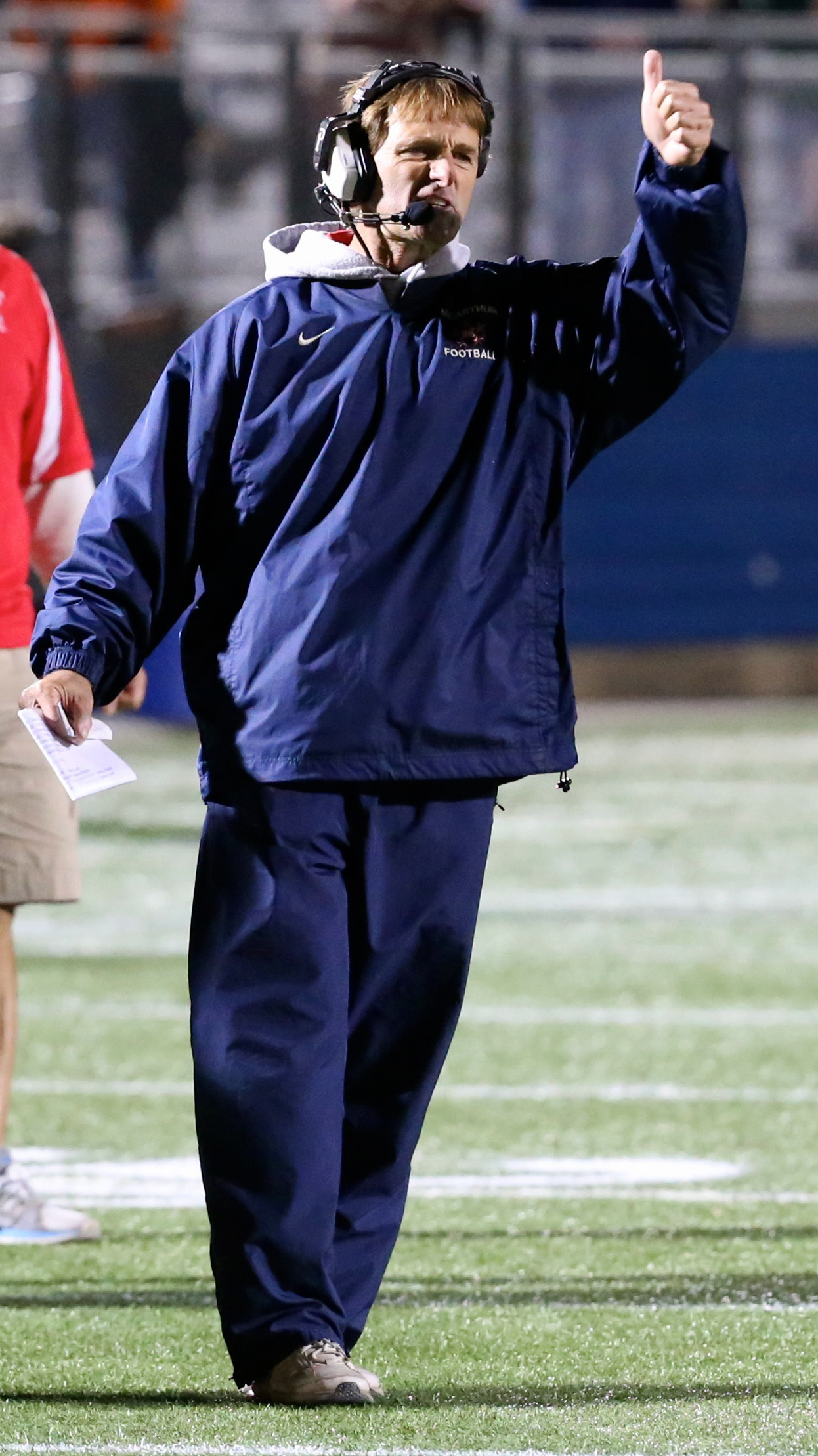 For as long as he can remember, Bobby Fehrenbach says, he has loved sports. The Wantagh native was a three-season athlete at MacArthur High School in Levittown. After graduating in 1984, he went on to play football at Pace University. For many, a sports career would end there, but for Fehrenbach it was just the beginning.

“It’s a great gig,” he said of his 17 years of coaching at MacArthur. “I always try to give the kids a great experience.”

Fehrenbach, 49, is widely known in the area not only for being a well-respected phys. ed. teacher at MacArthur, but also for employing innovative coaching techniques there. The softball and football head coach brought home one Long Island Championship and one Nassau County title this past year, making a name for himself and his athletes.

“It’s all about effort,” he said. “I just love the competition aspect and living though the kids. As a coach, I need to prepare them to play and put them into the best position possible to win games.”

In the fall, Fehrenbach led the football team to the Long Island championship game at Hofstra University, where the squad was shut down by Newfield High School. Despite the loss, players were proud of how far they got and happy to be named the best in Nassau County.

“My favorite part of the season was being able to end my high school football career winning a county championship with the guys that I have played side by side with for years and with the coaching staff that I have been able to play under for three years,” senior football player Jared Wolfe said. “Being able to go all the way and play in the Long Island Championship at Hofstra was awesome. The atmosphere was electric, the stands were packed, and it was just a great game to be a part of.

“Coach Fehrenbach has been a great help toward my success due to his teachings,” added the Seaford native. “He knows a lot about how to play the receiver position, so I take everything he says very seriously in an effort to better myself as a receiver.”

Fehrenbach also led the softball team to victory in 2012 and this spring, helping the squad win a Long Island championship.

“In 2012, our team was loaded, and this year also had star athletes,” he said. “Everyone on the team had the ability to do well, but I could only play nine.”

After beating Commack High School and winning the title, the team traveled to Binghamton, where they lost 4-3 in the state championship game.

“I can’t even put into words the emotions I felt winning” the Long Island championship, senior softball player Dana Kiedaisch said. “It was such a relief, but like coach would always say, ‘This was just another game, another bump that we had to get over to get ourselves to where we wanted to be.’ It felt unreal. We were all ecstatic and emotional because this was such a huge accomplishment, and we all worked so hard to get ourselves to this spot, so knowing we did it was incredible.”

“Coach Fehrenbach helped increase my softball skills tremendously,” Kiedaisch said. “He believed in every single one of us and gave us the confidence we needed for ourselves. He is the type of coach that believes in his team more than they believe in themselves at times, and that speaks volumes to how far this team went.”

There’s another of Fehrenbach’s mottos that players said stuck with them: “Always work hard and make sure you are ready when the opportunity presents itself because you never know when it’s coming.”

“Coach Fehrenbach lets us be athletes,” Wolfe said. “He’s always done a great job of explaining why we do what we do on the field.”

“The community support is outstanding,” he said. “It’s really a great environment to be a part of. I wake up every day, and I’m thankful to be doing what I’ve always loved.”