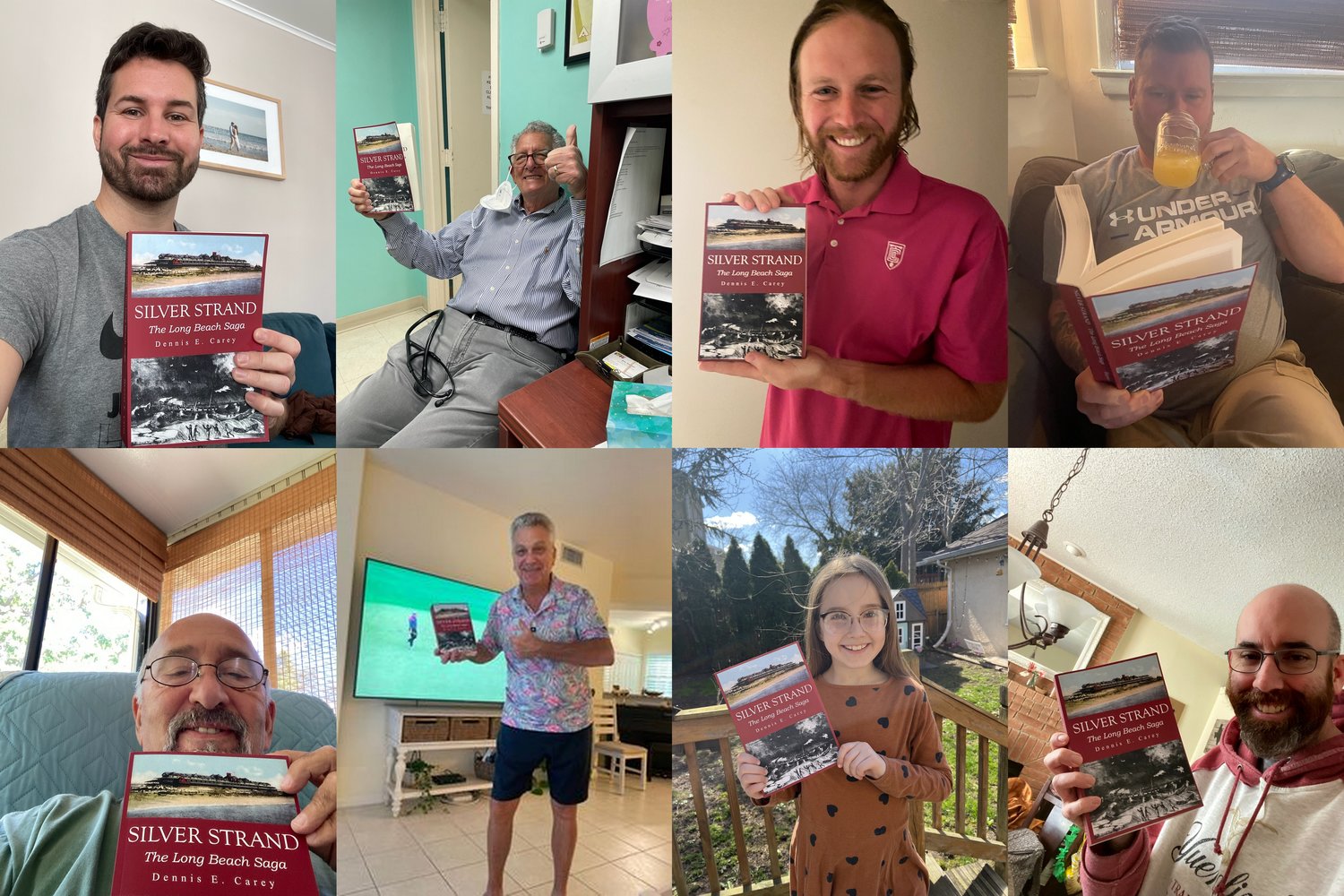 “Silver Strand,” the latest book about Long Beach, was written by a retired pediatrician and historian who uses historical fiction to weave a tale about the barrier island and some of its colorful characters — including the city’s real-life founder and developer, William Reynolds.

The author, Dennis Carey, 74, has spent all of his summers in Long Beach, and was a lifeguard for six years beginning in 1966. He lives in a home that his family has owned since 1921. Otherwise, he spends time in another home in Huntington.

Long Beach has been a favorite setting for several writers, perhaps because of its raucous past. The best-known work may be “Scoundrels by the Sea: The Sullied Past of Long Beach Politicians, Swindlers, Bootleggers — and Worse,” by Paul Jackson. That book explored the shady side of the city, and Reynolds’s role in its development.

Carey said of his own book that it “celebrates Long Beach. Long Beach is actually a protagonist itself.”

The book focuses on historical figures such as Oscar Wilde, and the history of the city is told through the eyes of the characters. A fictional survivor of the real-life 1837 shipwreck of the Mexico, which sank off the barrier island, sets off the long story of Long Beach’s transformation.

About 10 years ago, Carey began writing his first novel. He wanted it to be historical fiction, but he also wanted elements of actual history, and some characters and a setting — Long Beach — that were real.

Carey spoke about how the Long Island Rail Road built a hotel in 1880 that became the Long Beach Hotel. It burned down in 1907.

When the area became a village in 1914, Reynolds was its first president, and when it became a city in 1922, he was named the first mayor.

“The book explores the creation of the city, the development of the West End, bootlegging in the 1920s and, of course, the boardwalk and surfing,” Carey said.

Carey, said he got much of the historical information for the book from Roberta Fiore, of the Long Beach Historical and Preservation Society — who also co-wrote a book about the city, “Long Beach.”

Carey’s book includes two maps, one from 1882 and the other from the 1920s, showing the changes in the city — including the consolidation into a single island what were once eight separate islets.

Carey has been developing a website where people can learn more about him and his book, with descriptions of the real-life characters who appear in it.

He and fellow historian Pat Gallagher are planning to conduct a tour called the “History of Long Beach Told Through Maps.” Their first presentation is at 2 p.m. this Sunday at the Historical Society, at 226 W. Penn St.

Gallagher, who grew up in Long Beach, is a former Seaford High School principal and is now a professor at Nassau Community College, said the presentation has two parts. The first part features maps showing the historical development of the city, and the second focuses on how maps tell the story of the impact on the barrier island of Hurricane Sandy.

Their presentation will also be a part of the city’s centennial celebration in June.