Chamber’s Scavenger Hunt: a day of scouring for clues 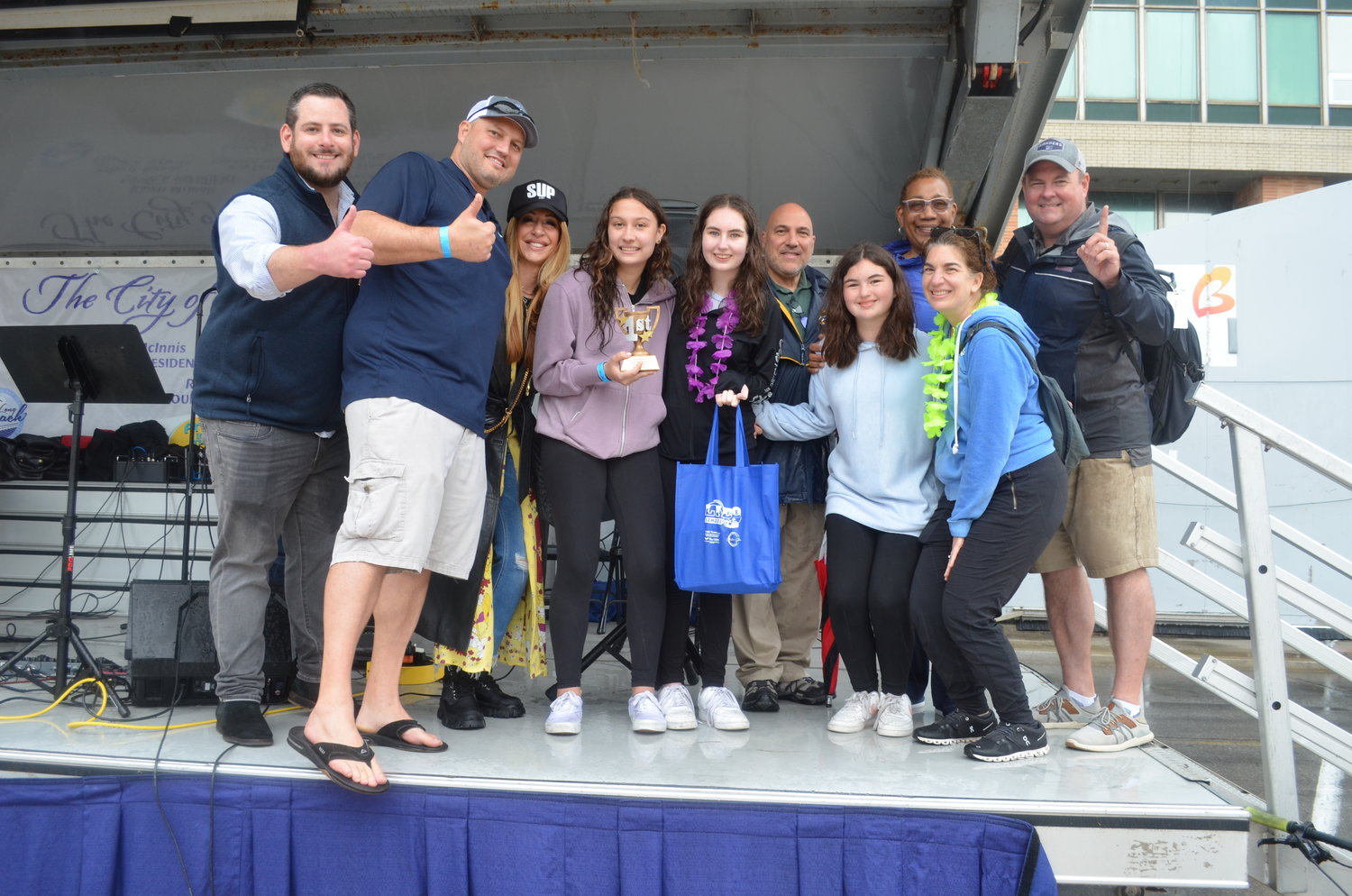 It was a day for members of Long Beach’s business community to shed their work clothes and have a good time.

The Chamber of Commerce and the city sponsored a Scavenger Hunt on May 14, inviting members and business owners to search the city, looking under trees and benches, for clues that would win them prizes, including a grand prize of tickets on JetBlue Airlines.

About 40 people took part on a rainy Saturday, but the drizzle did not deter the participants.

Ben Metzger, owner of Studio Noir in Long Beach, provided the music. “What I did was feature some young, up-and-coming local music guys,” Metzger said. He brought in Simon Davis to play keyboards and Sam Goorland to play guitar. Both are 21 and hope to have careers in music.  Alex Kaufman played drums.

The musicians set up at City Hall, which was ground zero for the hunt. The band played a mix of blues, funk and rock ’n’ roll.

Leah Tozer, co-president of the chamber, said the purpose of the event was to bring people in the business community together, and to have a good time. “We want to bring people from inside and outside of Long Beach to get them to stop at our stores and restaurants,” Tozer said.

Baked By the Ocean, a four-year-old business that makes pastries, handed out vanilla cupcakes to scavenger participants, Catherine Schimenti, the chef and owner, said this week. “It was a fun day,” she said.

The hunt was conducted with a point-based app, and participants were broken up into teams of four. They downloaded the app and visited various locations throughout the city, earning points as they solved clues and learned about Long Beach over the course of the four-hour hunt.

Gretchen Grettenthaler, owner of Ener-G HR & Coaching, spent the day, along with her son, a friend and the friend’s son, searching for clues.

“We started at City Hall, and then [the clues] sent us to the Lido Kosher Deli, and then to the boardwalk, and then to the West End,” Grettenthaler said. The four were a team — Black Labeath, a play on her friend’s dog, a black Labrador.

The team didn’t win a prize, but its members didn’t care.

“It was very fun,” Grettenthaler said. “We had a great time. The clues were super and the food was great.  It started to rain, but nobody cared.”