Demand for expedited dredging of Inlet 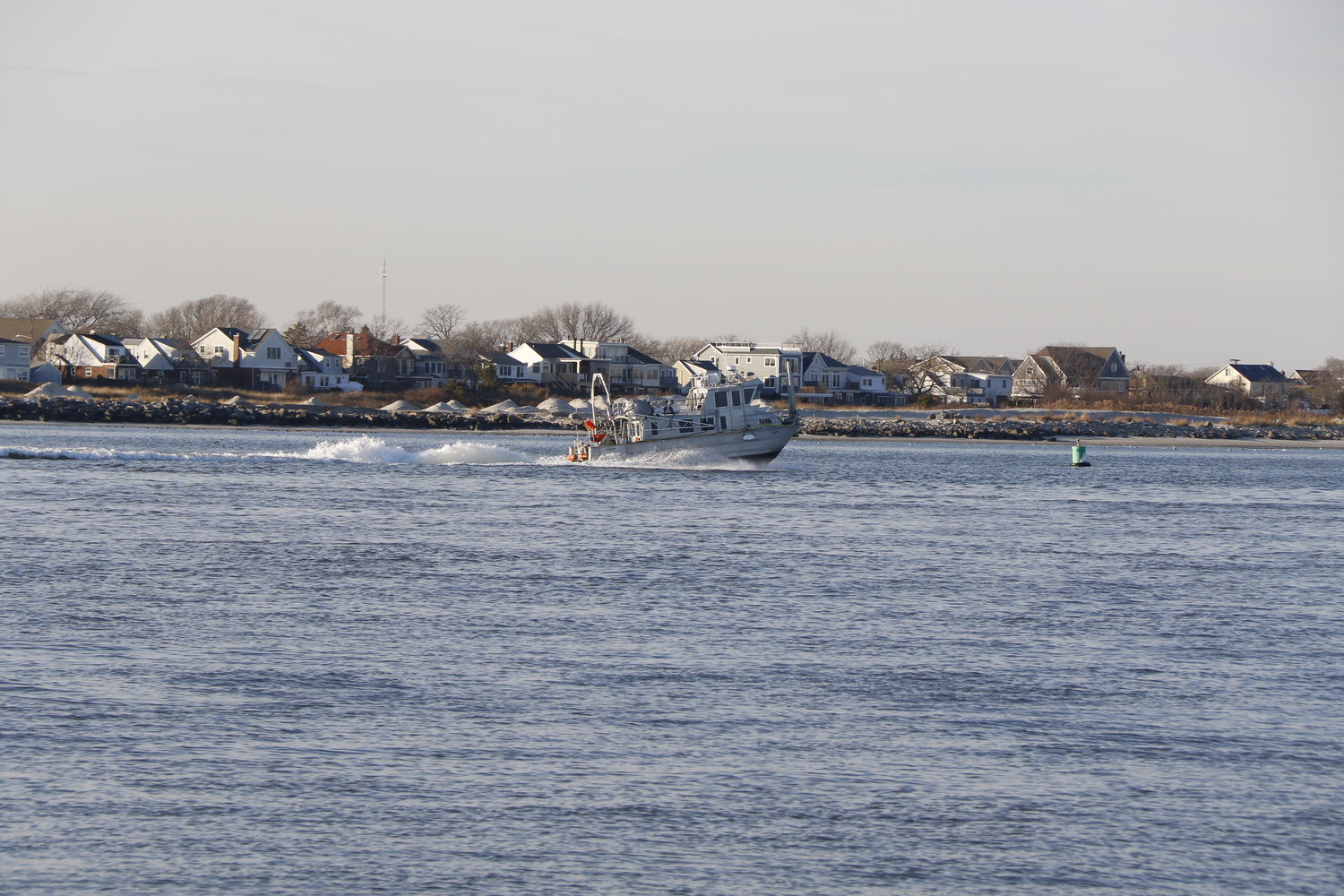 A boater skiffs across Jones Beach Inlet, which federal legislators say is in need of dredging by the U.S. Army Corps of Engineers.
Christina Daly/Herald
By James Bernstein

Two years after two boaters were killed in shallow waters in Jones Inlet, the U.S. Army Corps of Engineers has still not dredged the area, and several New York lawmakers have demanded the agency expedite its work before the summer season.

Back in May 2020, State Sen. Todd Kaminsky, a Long Beach Democrat, wrote to Lt. Gen. Todd T. Semonite of the Corps, stressing “the near impossibility to navigate the inlet under certain weather conditions.”

Kaminsky’s letter came shortly after a man identified as John Costa was killed when his boat overturned in rough waters in the Inlet, off Point Lookout. The body of Joseph Sparacio, a pssenger on the same boat, was later found in Breezy Point, in the Rockaway Peninsula in Queens.

In an interview earlier this week, Kaminsky said the Inlet is supposed to be dredged every six years, and was last dredged in 2014.

“That’s why the situation is this way,” he said. “I think the Army Corps of Engineers hasn’t prioritized this.”

Last week, New York’s two Senators, Chuck Schumer and Kirsten Gillibrand, and U.S. Rep. Kathleen Rice of Garden City, urged in another letter to the Corps that the agency “immediately undertake all appropriate measures necessary to dredge Jones Inlet on the South Shore of Long Island before summer 2022.”

The three said in their letter that the Inl;et’s waters are “dangerously shallow.”

They said that the South Shore is home to approximately 32,000 registered boaters, 20 large commercial party boas and eight commercial trawlers.

“Over the past few years, they have experienced increasingly shallow conditions in Jones Inlet, sometimes reaching depths of only three feet,” their letter said. “During periods of low tide, storms or heavy winds can quickly create deadly waves capable of curling and capsizing any boat.”

They referred to the May 2020 boating accident and said, “It is our understanding that sailing conditions in the Inlet have significantly deteriorated in recent months, presenting an even greater risk to boaters. We cannot allow a similar accident to happen ever again.”

“Given the anticipated commercial and recreational maritime traffic later this year that will rely on a safe and navigable federal channel, it is imperative that (Army Crops) utilize every resource and exhaust every option to overcome regulations preventing the dredging of Jones Inlet before summer 2022,” the letter said.

The Army Corps of Engineers did not respond for comments by press time.

Arts Below Sunrise festival in Hewlett, Woodmere returns on May 15

Getting into the West African drumming spirit at Ogden