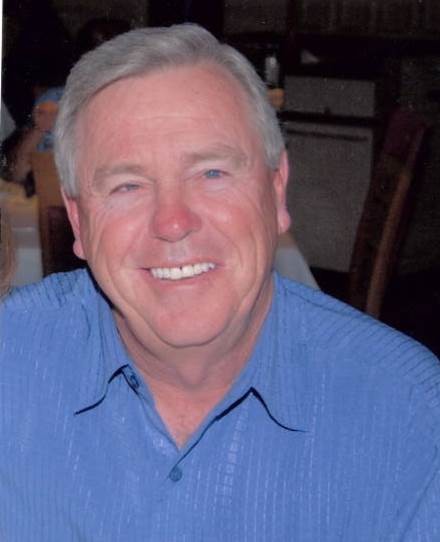 Whether he was spending time with his family, playing golf with friends or working, Gregory Francis Murphy who was known as the “The Murph,” lent his easy-going manner and common sense touch to every situation.
The lifelong Long Beach resident and 30-year employee of the Hewlett-Woodmere School District died on Dec. 18, after a long battle with complications associated with leukemia. He was 68.
Murphy’s life was filled with adventures that included zip lining during a mountain vacation at age 66, serving as Santa Claus as part of the holidays concerts staged by his wife’s singing group, the Coastal Belles, and being immersed in the lives of his three grandchildren.
“Greg had a personality and a smile that could light up a room, and it is that smile that all those whose lives he touched will remember,” family members said.
Born in Woodside on Dec. 8, 1946 to Patrick J. Murphy and Eleanor Lepper Murphy, Murphy grew up in Long Beach where his lifelong affinity for the ocean began. A good swimmer worked, he as a lifeguard there for 18 years. The job was a source of pride, family members said.


Imbued with a competitive spirit, Murphy, who was considered a natural athlete by those who knew him, played CYO and high school basketball. At Long Beach High he met Elinor Fersh. The high school sweethearts married in 1968 at St. Ignatius Martyr Church in Long Beach, three years after Murphy graduated from high school. Family members considered their 46-year marriage a fairy tale romance.
He earned a bachelor’s degree is sports and recreation from SUNY Brockport in 1970 and furthered his education with a master’s from Lehman College and another from SUNY Albany in educational administration, which he did while working multiple jobs to support his family.
His served as the recreation supervisor, adult education coordinator and athletic director at Hewlett-Woodmere, where he championed the accomplishments of his students by helping to establish a Hall of Fame to honor youth sports leaders. He was also responsible for having a new track and scoreboard installed. Murphy was recognized as a top administrator by the School Administrators Association of New York State and refereed college football on Long Island.
Ocean Pines, Md., was the Murphys first retirement home, then they moved to Mount Pleasant, S.C. to spend more time with their grandchildren. As a member of the
River Towne Country Club, Murphy played golf with six to eight other duffers. His golfing skill earned him his own parking spot as a tournament champion. “His winning personality was always at play, providing as much joy and fun to his fellow players as he got out of it,” family members said.
In addition to Elinor, Murphy is survived by his daughters Colleen Jones and her husband, Chris, of St. Augustine, Fla.; Sharon D’ Angelo of Mount Pleasant; and grandchildren, Aidan, Ashlyn and Alexa; a sister, Geraldine Eidt of East Atlantic Beach, a brother Ted Murphy of Lake Worth, Fla., along with a large of circle of friends.
Murphy’s brothers, Donald and Patrick Jr., and his parents predeceased him. A service and burial was held on Dec. 21 at Mount Pleasant Gardens.
Donations can be made in Murphy’s memory to the Leukemia & Lymphoma Society at www.lls.org/pages/sc/inmemoryofgregmurphy or the CaringBridge organization at www.caringbridge.org/.
A memorial message can be sent to the family by visiting at www.jhenrystuhr.com.