Hero dog’s bark said to save lives in Long Beach 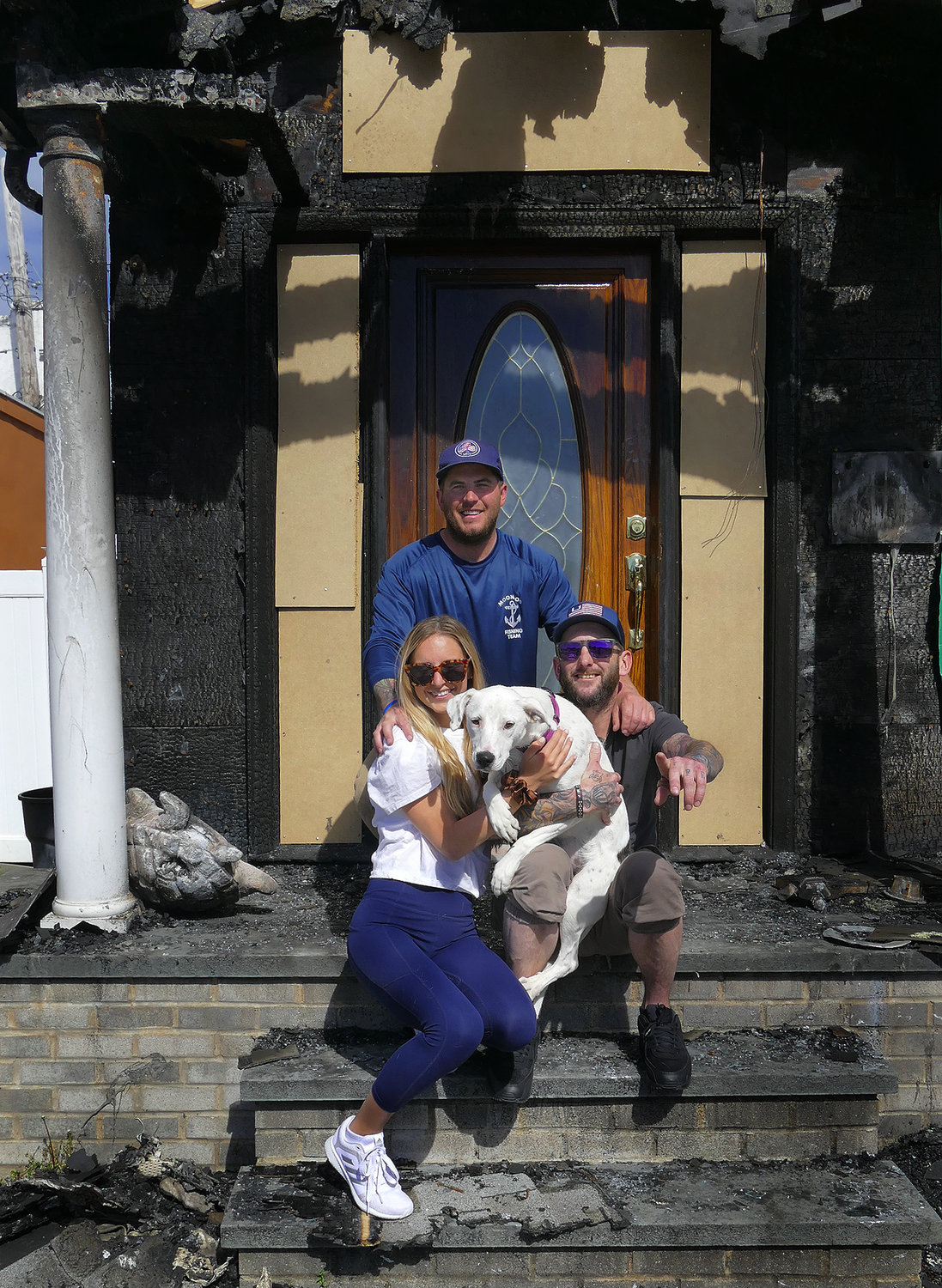 Daisy with her owners Bennett O’ Donnell and Kathleen Dulligan and their neighbor, Keith Carr, in front of his fire-stricken house.
Joe Abate/Herald
By Brendan Carpenter

A dog named Daisy is being called a hero these days for doing something many people find annoying: barking excessively.

When a fire broke out at 4 Clark St., in Long Beach in the middle of the night last Thursday, Daisy, who lives with her owners next door, at 6 Clark, began barking and would not stop. One of her sleepy owners, Bennett O’Donnell, roused himself from bed to see what was the matter,

He looked outside and saw his neighbor’s house on fire.

The residents of 4 Clark, Keith and Chris Carr, and their father Michael, were fast asleep inside, and had no idea of what was going on.

O’ Donnell, who said he is very close with his neighbors, immediately ran outside and began banging on their doors, trying to wake them up. His girlfriend and house partner, Kathleen Dulligan, called 911.

The two tried to put out as much of the fire as they could. The Long Beach fire department arrived shortly after and had the fire under control about 45 minutes later.

“The firemen did great,” O’ Donnell said. “However, if it wasn’t for Daisy, it would’ve been much worse. She wouldn’t stop barking until we figured out what was going on. Thank God for her.”

Daisy was adopted from Posh Pets in Long Beach and is only one year old. O’ Donnell and Dulligan aren’t sure exactly of her exact breed, but they do have more of an idea now, after Daisy’s heroic performance.

“She has always had spots on her like she’s part Dalmatian,” O’ Donnell said. “She’s definitely a Dalmatian now.”