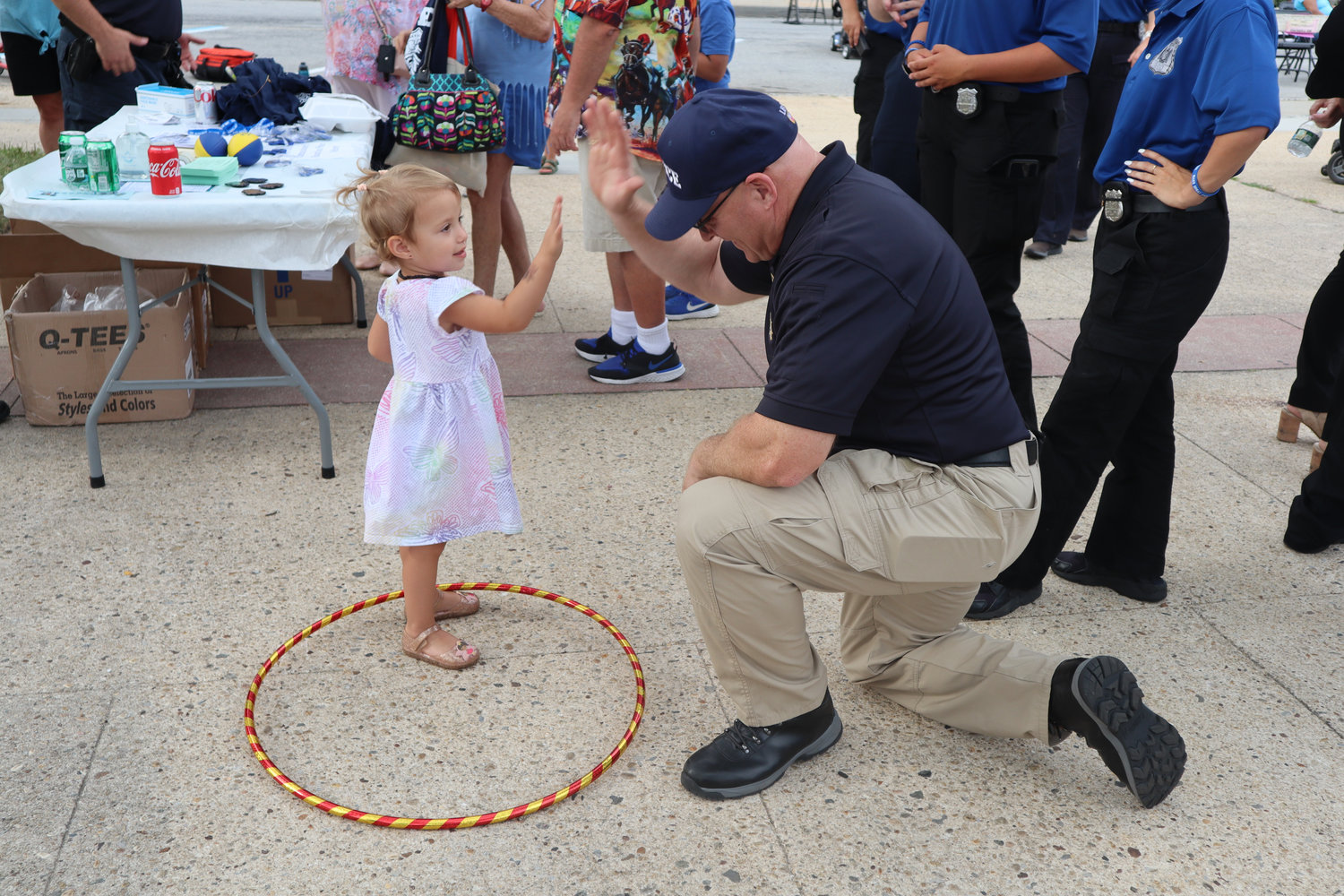 Long Beach Police Commissioner Ron Walsh helped Aria, 2, with her hula-hoop at Kennedy Plaza on Aug. 3, National Night Out, when police across the country met with people in their communities in the interest of improving relations.
Photos by Darwin Yanes/Herald 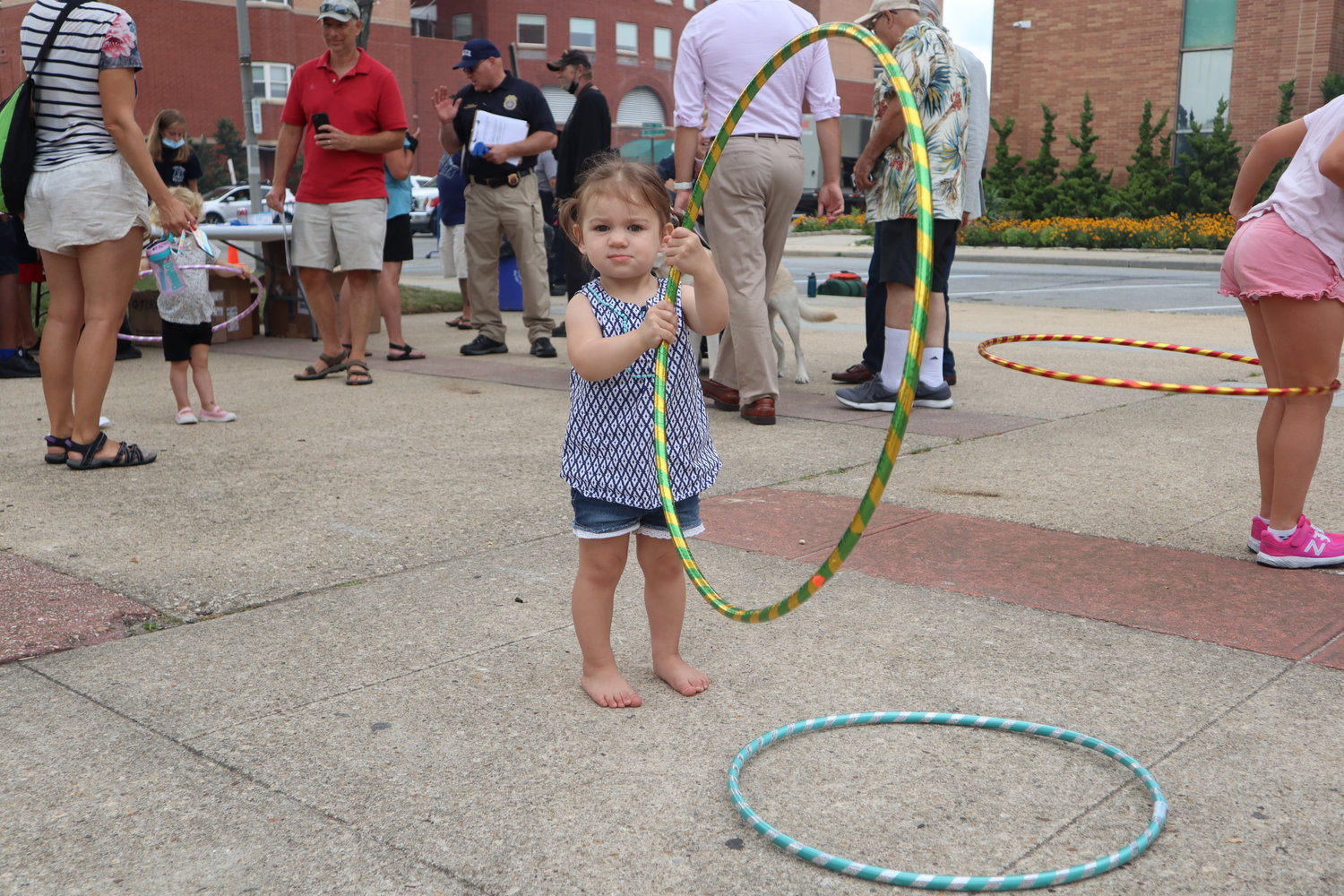 Joy, 2, played with her hula-hoop at Kennedy Plaza at Long Beach’s National Night Out. 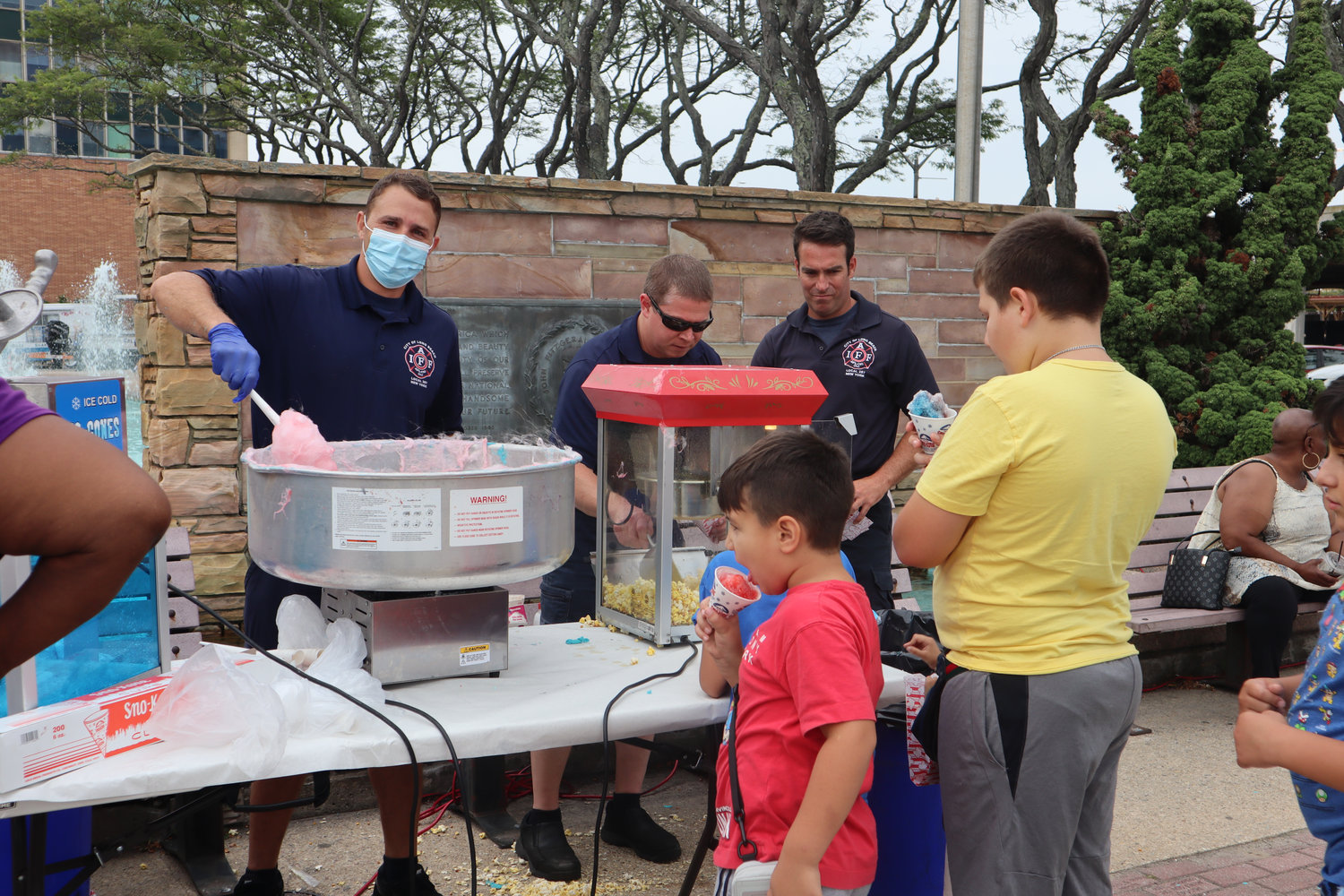 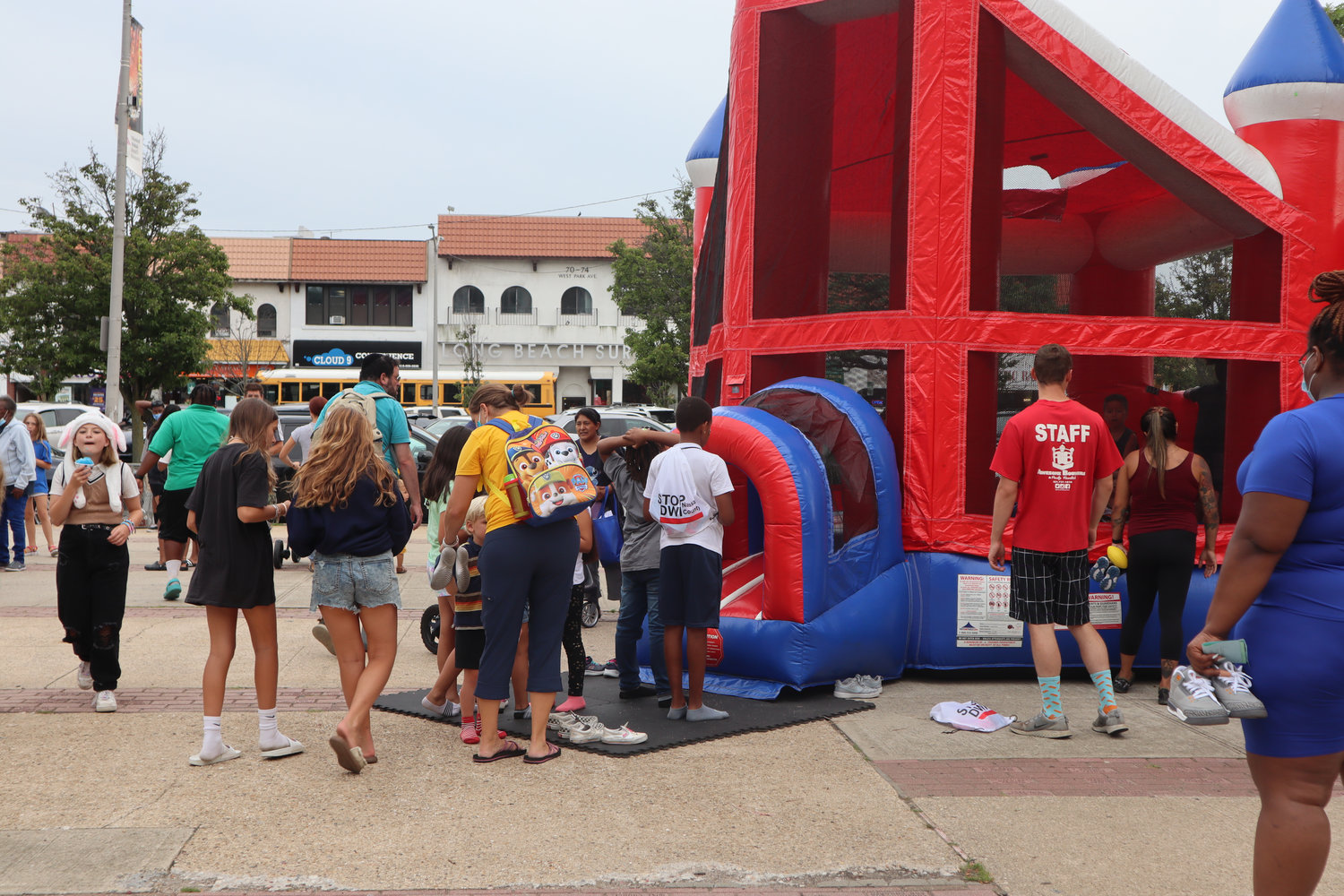 Kids lined up to play inside a bouncy house. 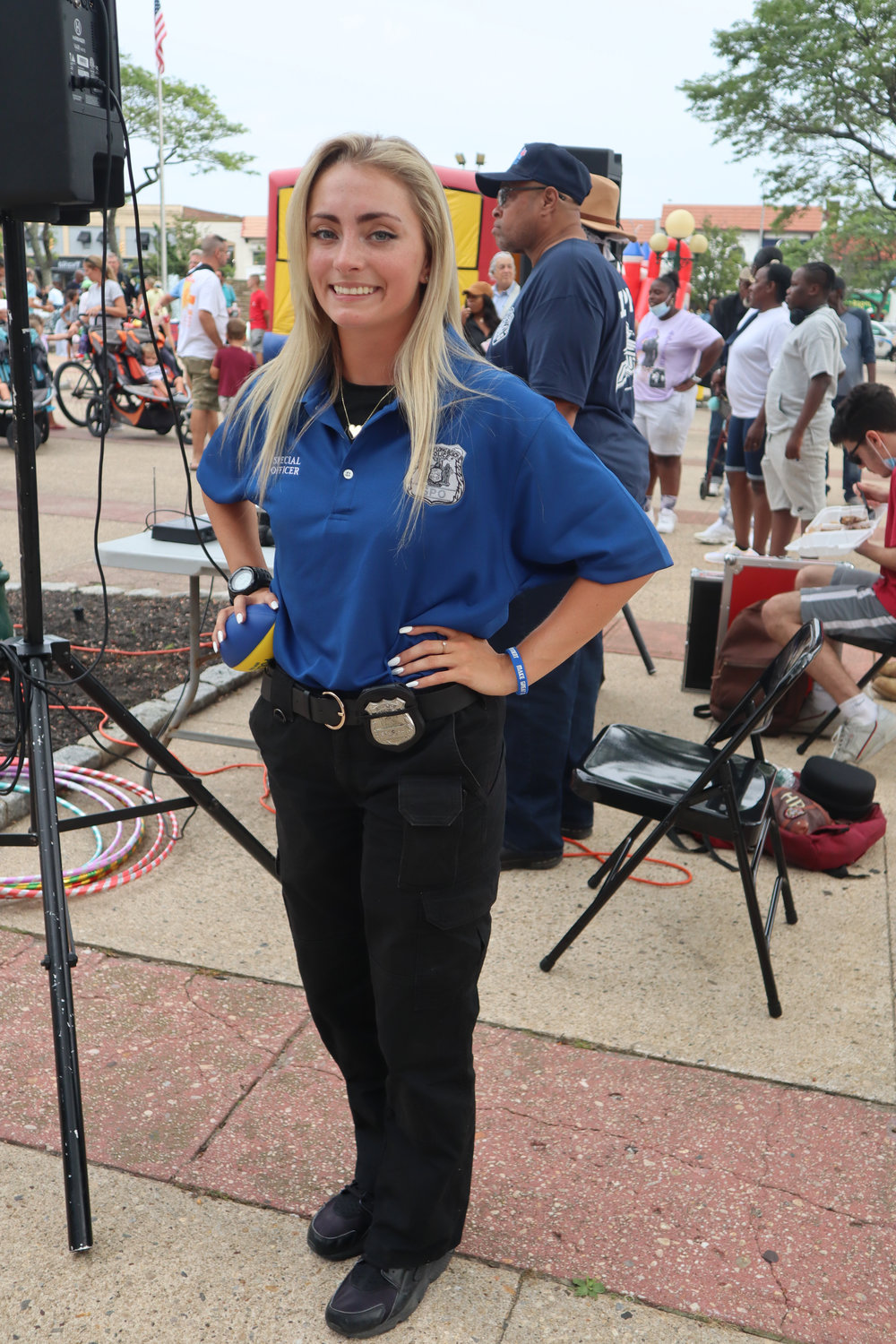 It was National Night out in Long Beach Tuesday, and a crowd estimated at between 300 to 400 turned out at Kennedy Plaza in front of City Hall in hopes of bridging relations between community members and the police.

There was music, hot dogs, popcorn, a bouncy ride for the kids, and a brief, outdoor meeting of the city council, which quickly dealt with several off-street parking items before adjourning.

“The Long Beach police department has never been more committed to building relationships with the community,” said Police Commissioner Ron Walsh, who took over the post last February, after a three-decade career with the Nassau County police department.

Walsh said planning for the event began months ago, and thanked the team that put the evening together. That team included Jackie Odom, a community leader.

“We’re here to promote police-community relationships,” she said. “Everyone should know that our neighborhoods are fighting crime. Spread love,” she added.

National Night Out has been held annually nationally since 1984, and is sponsored by the National Association of Town Watch in the United States. The first National Night Out involved 2.5 million residents across 400 communities in 23 states.

Long Beach deputy police commissioner Richard DePalma, an organizer of the event, said it is was hoped that National Night Out helps bring about better police-community relations.