It’s back to getting Fit Fest again in Long Beach

New classes joined the regular schedule on the Allegria rooftop 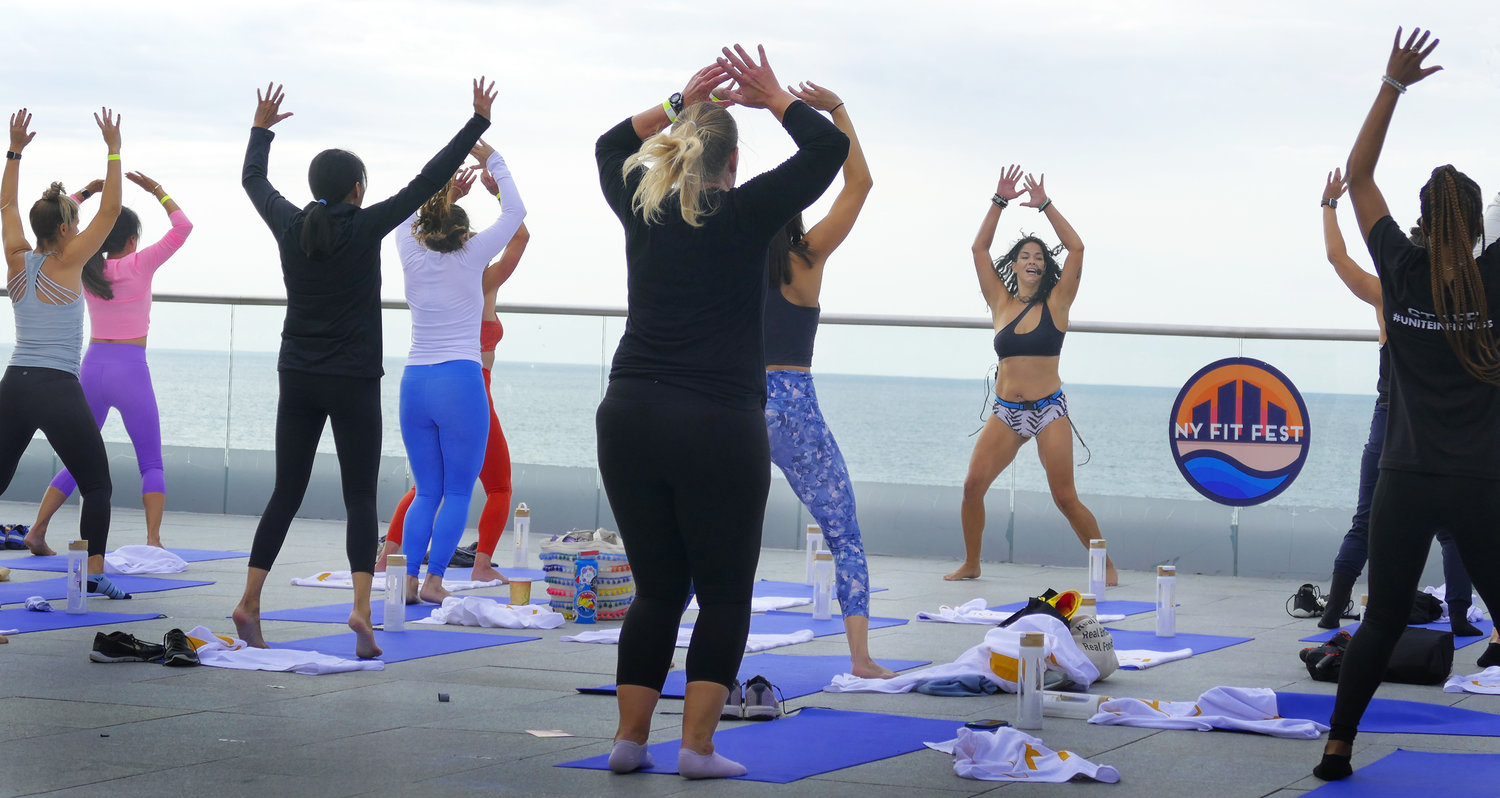 New York Fit Fest returned to Long Beach for a day of workouts and health on Sunday. The one-of-a-kind fitness and wellness experience was offered on the rooftop of the Allegria hotel, as opposed to the beach in past years.

Over 300 people were in attendance, some new fitness goers and some returning.

The day featured several classes, some new and some old, kicking off every 20 minutes overlooking the sea. There were world-renowned athletes, beauty and nutrition experts and celebrity trainers and over 20 classes and discussion panels, shopping, music and workshops.

“We did TikTok dances and some of the people doing them hated working out,” Dodd said. “It’s still a workout but they don’t realize that they’re working out since you’re dancing. You’re breaking a sweat, you’re laughing and you’re having the best time.”

The day consisted of over 25 total classes, music on the rooftop, and over 30 vendors. Massages, stretching, IV Drips, and Panel discussions like “Eff U Menopause,” “Everything you need to know about CBD” and “Work-Life and Motherhood, balancing mental and Physical Health” were offered for anyone interested.

Dodd said she plans to continue to do the event at the Allegria hotel but wants to do more events. She wants to have multiple smaller events throughout the year, like this one, and possibly one bigger one that also has classes on the beach again. She said they might do some vents in England as well.

“There is nothing more important for my partner Colette and I than to have people tell us they have never felt more accepted, loved and happy to be at an event,” Dodd said. “Our goal was to create an intimate gathering with some of the most recognizable names locally and worldwide to inspire and interact with people who may be just dipping a toe into the water. We gave them a spectacular taste of some of the best the industry has to offer.”

Sadik Hadzovic, a four-time men’s physique champion signed autographs and took photos. Sadik went on to discuss how he’s heard such good things about the fest and their mission, but he had never attended until this year.

He intends to return next year.