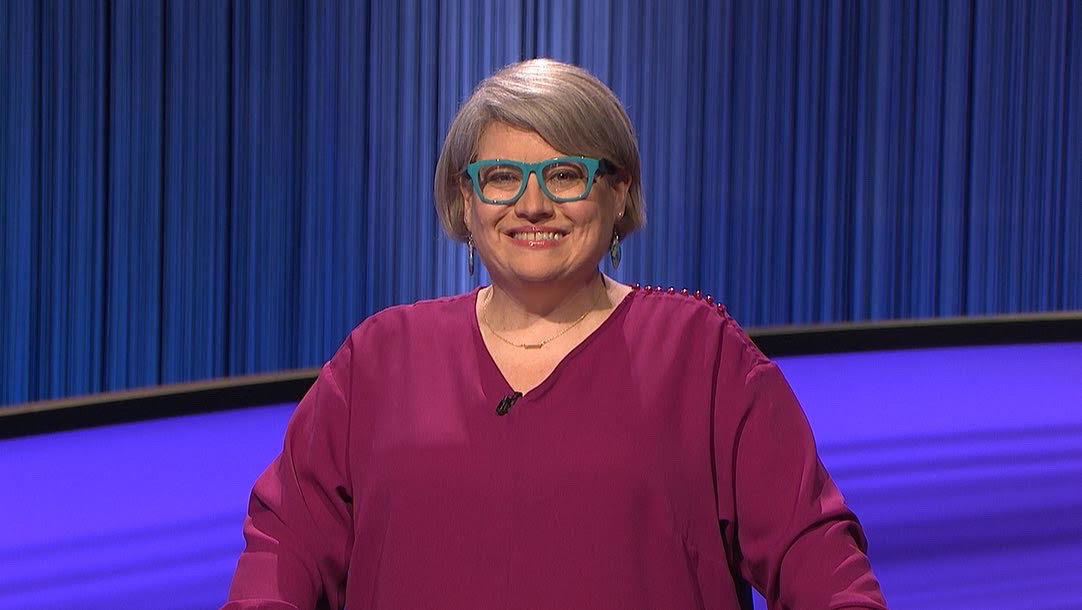 You’re a contestant on the set of Jeopardy, the highly-popular television game show. You are in the running to win, and you and two others are presented with a general knowledge clue in the form of answers. You much phrase your response in the form of a question:

Q: “Being brought to the U.S. by a ship docking at San Francisco in 185 helped to it now being a major crop in the Midwest.

A: What are soybeans?

To the bigger better go the spoils.

O’Hare was on Jeopardy July 6, and came home with $2,000. In Long Beach, and at her job as a social worker at the New York City Department of Education, she is a winner.

She has been recognized by strangers in the elevator at work, and her co-workers “were all very excited,” she said.

But how did she know the correct response?

“You can sometimes reason it out,” said O’Hare, a voracious reader from childhood and an English major from Fordham. The fact that the ship was docked in California meant that it probably originated in Asia. “I was then thinking of a crop that was popular in the Midwest,” she said.  She thought for a moment it might be rice. But soybeans seemed a more popular Midwest food.

“I knew soybeans were popular in the Midwest,” she said.

The path to her appearance on Jeopardy began about 18 moths ago. Her mother, Annette, now 86, may soon have trouble living alone in Queens, the family thought. It was decided that she would share an apartment in Long Beach with her mother.

They were Jeopardy fans. “My mother would always say, ‘You should be on that show.’”

She filled out an online application, and a few months later was asked if she would like to take another test, this time with a Jeopardy monitor. She later went through some tests against other potential contestants. She then was interviewed by a Jeopardy executive and later invited to be on the show.

The ½ hour show went quickly, O’Hare said, and she was not nervous, despite the klieg lights and the camera pointed at her.

“It was so much fun,” O’Hare said. “The (Jeopardy) people were so kind, generous and helpful. They were so awfully nice.”

One question she could not easily answer: would she go on another game show?