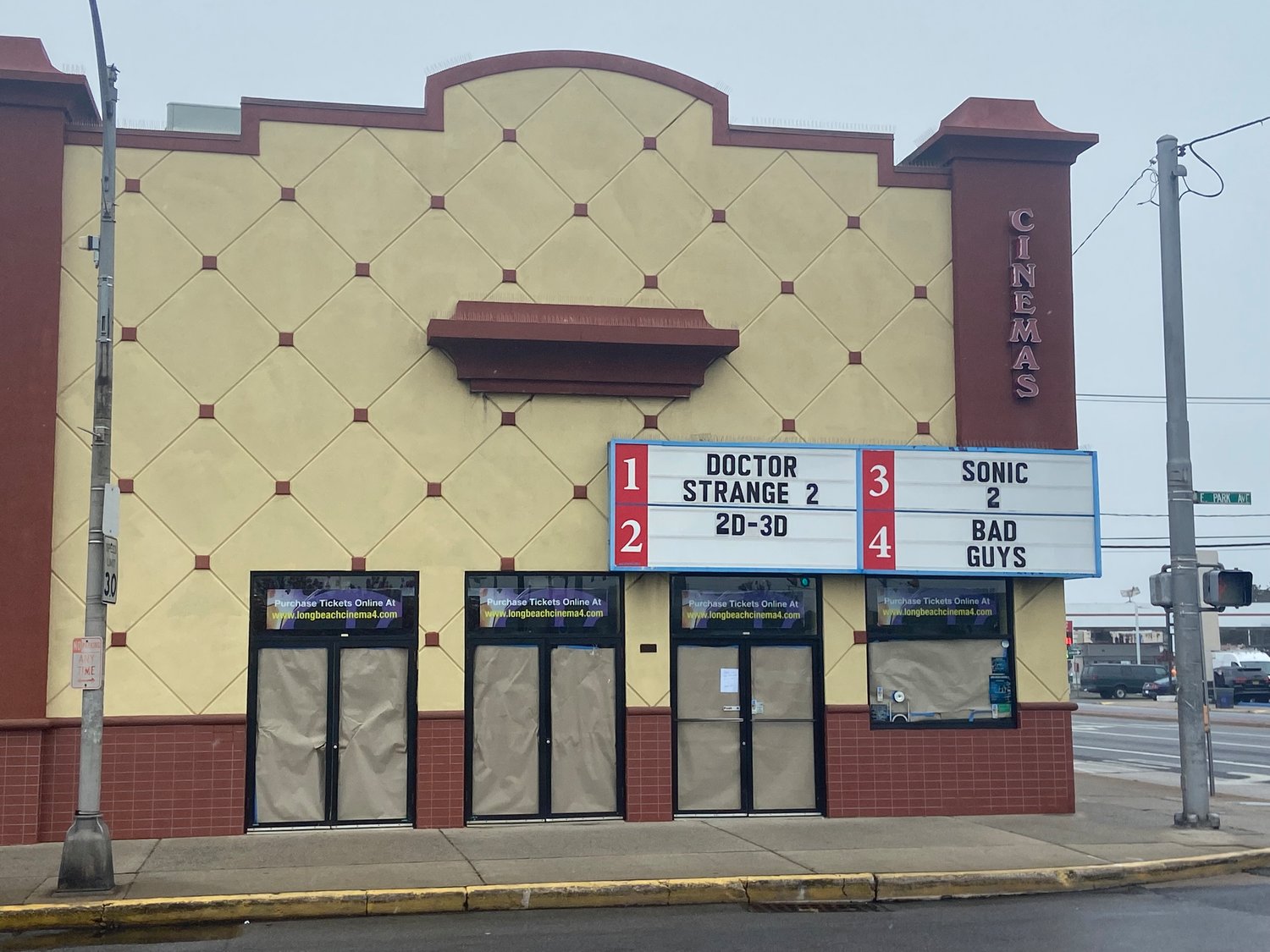 In another sign of the city’s revival, the Long Beach Cinema 4 will reopen Friday after a two-year shutdown because of the coronavirus pandemic.

Residents can expect to see a nearly identical version of their hometown theater, but there will be some changes. There will be Plexiglas dividers in some areas to continue to protect against Covid-19. The theaters have been sanitized from top to bottom, and freshly painted.

“It’s the same as it was before,” Paula Lewis, the theater’s manager, said of its layout. “But we wanted to make it right,” she added, referring to the cleaning and safety measures.

Everyone who worked on the reopening, she said, was “thrilled to be back,” and labored nonstop for the past two months to make it happen. “It’s important to the staff and the patrons,” Lewis said. “We’re looking forward to seeing everyone.”

Residents say they’re happy to hear that their local cinema will reopen.

Alex Honan, 22, of Long Beach, said that he was away at college, but would be returning soon. “It became harder to see the movies I wanted outside of Long Beach,” he said. “The movie theater is a landmark in the city.”

Another resident, Joe Ponte, said that the reopening represented the city putting its “best foot forward.” And when people return to the movies, he said, they’ll also visit nearby restaurants, which will “help the city.”

“It’s been a long time coming, for sure,” said Chamber of Commerce Co-chair James Lynch. “The theater is the entrance to Long Beach, and it was never good to see it closed. Everyone is really looking forward to it.”

Many also left comments about it on the city’s Facebook page hailing the reopening as great news.

The cinema will host a reopening ribbon-cutting ceremony with Long Beach officials and chamber members at 9 a.m. Friday. It will screen three movies — “Dr. Strange,” in regular and 3D formats, “Sonic the Hedgehog 2” and “Bad Guys” — beginning just after noon.