Born without legs, 6-year-old Isaiah Bird thrives on the mat 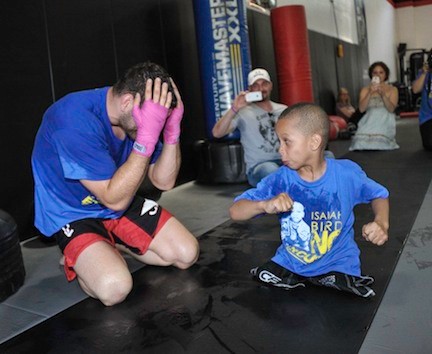 UFC Champion, left, sparred with 6-year-old Isaiah Bird, a member of the Long Beach Gladiators wrestling team, who was born with a defect that left him without legs. Weidman held a fundraiser last Sunday for Bird and his family, who are currently living in a Freeport shelter.
Photos courtesy Marissa Carucci 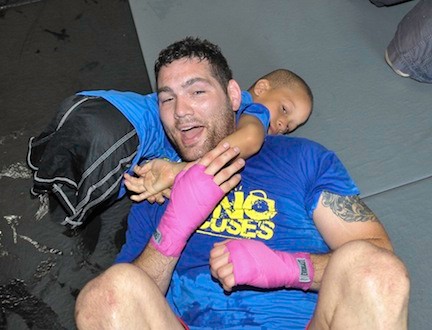 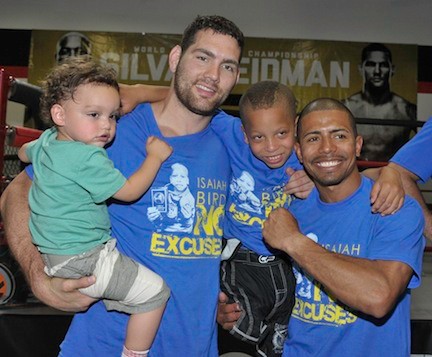 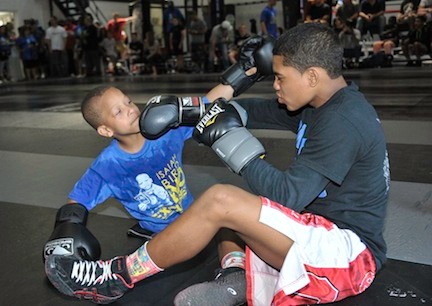 At age 6, Bird, left, is already a top wrestler. He sparred at last Sunday’s fundraiser, hosted by Weidman at his East Garden City gym. 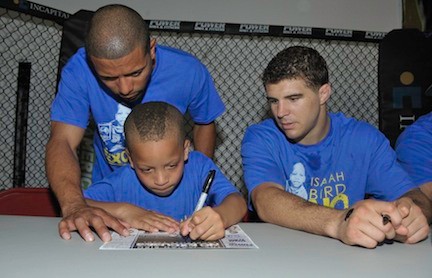 A young Long Beach wrestler is fighting through major obstacles on and off the mat.

Isaiah Bird, 6, who was born with a defect that left him without legs, is not letting that stop him from pursuing his passion for grappling. He began taking up the sport when he was 4-years-old at the urging of his strength coach, Miguel Rodriguez.

“Nothing is impossible for him,” said Rodriguez, who coaches Isaiah with the Long Beach Gladiators, part of the Long Beach Wrestling Club. “The fascinating thing is that Isaiah doesn’t see this as an obstacle. He sees it as his normal everyday existence.”

And though he has proved that he can compete in a sport without legs, Isaiah also has been forced to conduct daily tasks without the service of a wheelchair, since his family cannot afford one. He lives in a shelter at a church in Freeport with his mother and 1-year old brother.

“He just adjusted so quickly to wrestling like it was second nature,” said Isaiah’s mother, Bernadette Hopton. “Anything he puts his mind to he does.”

Isaiah’s story moved UFC middleweight champion and Baldwin native Chris Weidman, who heard about his story on social media, to organize a fundraiser to help his family last Sunday at his gym, Power MMA, in East Garden City. The event featured youth wrestling seminars and meet-and-greets with Weidman, who was an All-American wrestler at Hofstra along with other local UFC fighters including Al Iaquinta, of Wantagh; Eddie Gordon, of Freeport; Gian Villante, of Levittown; and Aljamain Sterling, of Uniondale.

Also at the event was Long Beach professional boxer and WBC Continental Americas light heavyweight champion “Irish” Seanie Monaghan, who said that Bird is an inspiration and “the epitome of no excuses!”

“If he can wrestle with no legs and have such a happy positive attitude, we can all step our game up in whatever areas we’re working in,” Monaghan said. “I know my energy tank is totally recharged now after meeting him. If anyone would like to make a donation, any amount will help him in his battle.”

Isaiah is not just competing in wrestling with no legs but also excelling, said Rodriguez. He recently finished third in a New York State youth tournament and sixth in a national event held in Wildwood, N.J.