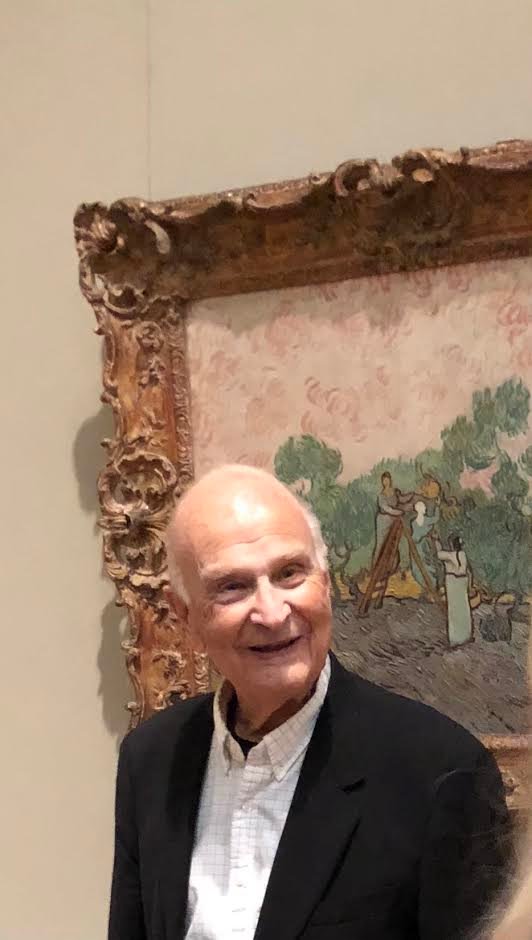 Mark Ritter, a quick-witted storyteller and the longtime facilitator of a decades-old book group in Long Beach, died recently at age 91.

An amateur actor and program director of a Babylon-based radio station, Ritter lived in Long Beach from 1976 until shortly before his death on August 4 at an assisted living facility in Annapolis, Md.

Ritter’s varied career included service in the US Army at the time of the Korean conflict and a 20-year stint as administrator of a Lower East Side drug rehabilitation center.

He joined the Great Books reading group, based at the Long Beach Public Library, in the early 2000s as an expression of his lifelong devotion to literature, painting, jazz, classical music and theater. The book group is believed to have started in the 1970s.

Mark was born in Brooklyn, to Barney and Mildred Ritter. His father owned a neighborhood poultry store at which Mark worked while attending Seth Low Junior High School, where he was elected class president. He attended Lafayette High School and earned an undergraduate degree from Brooklyn College and a master’s in public administration from City College.

In 1962, Ritter married Liv Kirsten Opdal, a Norwegian immigrant. They lived in Lynbrook and had two sons: Erik and Lloyd. The couple divorced in 1978, and Opdal died in 2006.

Irene Greenstein, stylish but maybe not cook, dies at 97