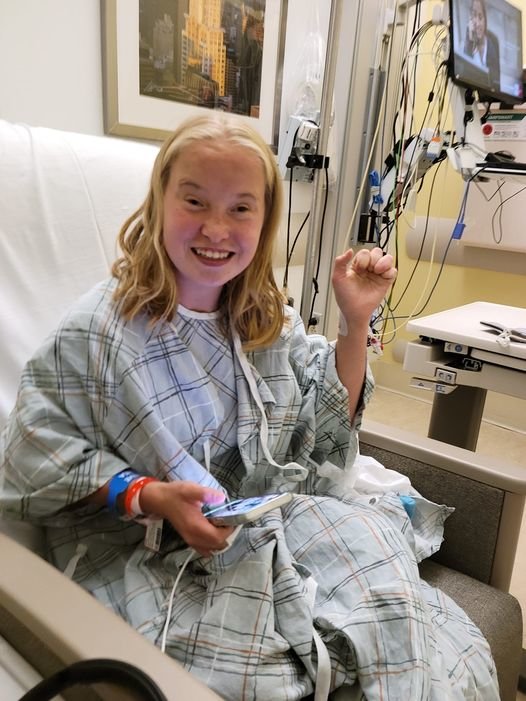 Masha Benitez, the Long Beach teenager who has been awaiting a life-saving double-lung transplant for the last two years, underwent 13 ½ hours of surgery at Columbia Presbyterian Hospital in Manhattan Monday and is slowly recovering, her mother said Tuesday.

“She is sedated, but she is conscious,” Masha’s mother, Michele Quigley, said by phone. She said her daughter squeezes hr hand when asked to and nods her head. Masha will remain in the hospital for the next three weeks to a month before she can return home. Then, she will have to visit the hospital for other treatments.

“She wanted this,” her mother said. “She didn’t want to live half a life.”

Much of Masha’s activities gave been limited because of her ailment.

“But there are so many things that can go wrong,” her mother said.

“Her previous heart surgeries created more scar tissue then they anticipated,” her mother  said. ”She had a bleed they couldn’t find and her leg was not oxygen saturating well. Separate teams were working on each issue. Her extremely high heart pressure caused much strain and will likely mean a longer recovery. But her new, beautiful, young lungs were working perfectly.”

“By midnight she was transfered to the CTICU. Bleed was controlled and leg was saturating well. I never felt such relief to see someone. As requested by her pre-surgery instructions to me, I played her favorite music and we talked to her like she was awake,” her mother said.

“We will be waiting with our hearts in our throats until she recovers. The family who lost their child today and selflessly gave her this gift will be in our hearts forever.”

Masha’s parents, Michele Quigley and Luis “Tony” Benitez, have been by her bedside constantly.

Michele Quigley said she knew little about the donor of the lungs, only that it was a child.

They said in a Herald interview in April, 2020 that their daughter had been placed on a waiting list for a double-lung transplant in March 2020.  Because Masha is so tiny – she I about 4-foot-9 and weighs about 80 pounds – the lungs she nees must be compatible her size and blood type.

She suffers from veno-occlusive disease (PVOD), a rare for of pulmonary hypertension.

She was born in Russia and her mother had to give her up for adoption. She was adopted by the Long Beach couple and attended Long Beach High School. Despite hr physical ailments, Masha is a lively girl with flowing blonde hair. She is a dog walker at Kennedy Plaza in Long Beach.

Michele Quigley said she knew little about the donor of the lungs, only that it was a child.

“We have never felt such love and gratitude....and humility. I never could pray nor wish for Masha to get lungs. I knew that wish would mean I was asking for another mother to loose her child....I just couldn’t do that. Masha’s donor was a child and I will never forget nor be able to repay this family’s selflessness or generosity during the most tragic and heartbreaking day of their lives. Please keep them in your heart too,” she said.