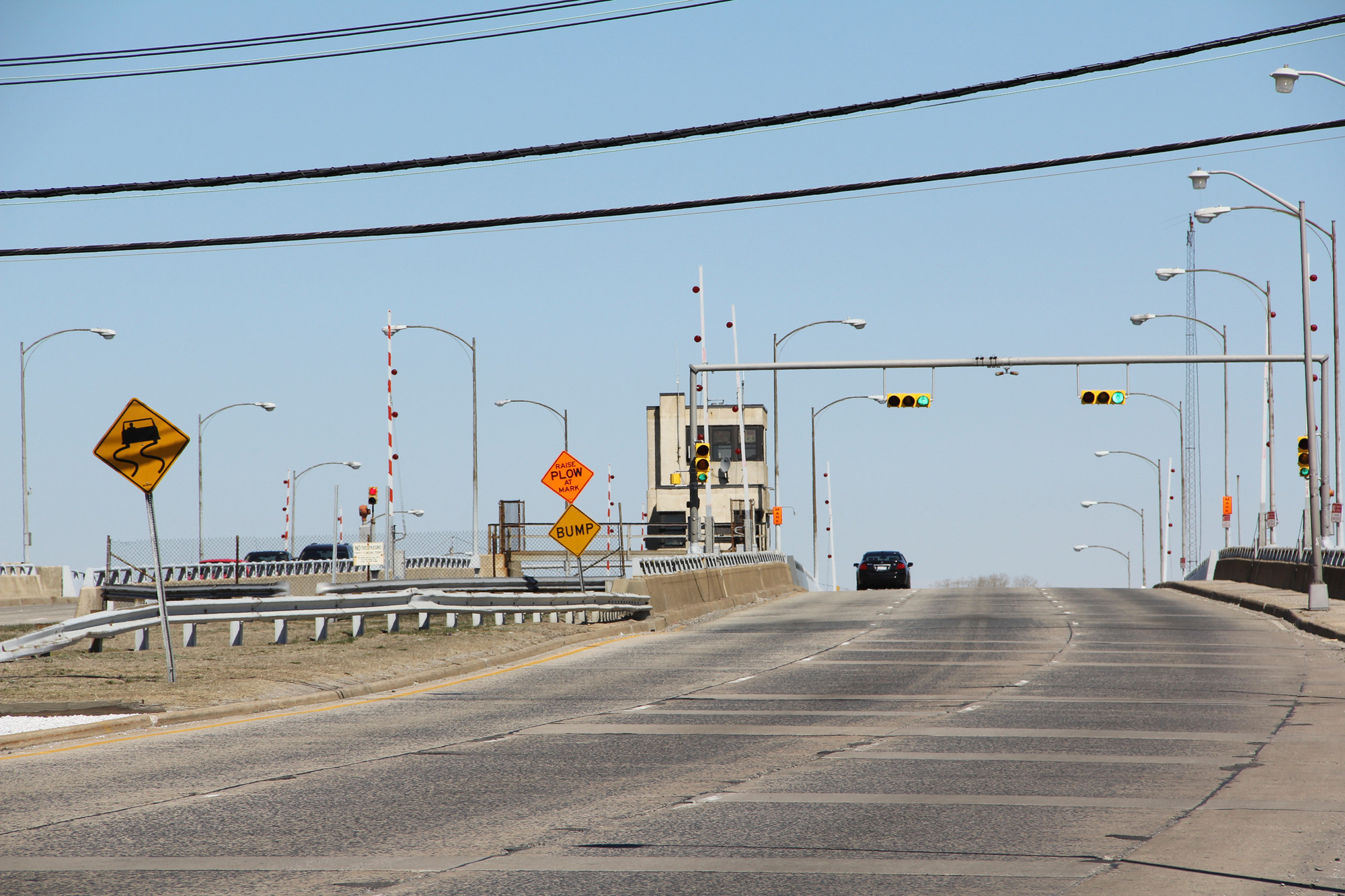 "The Blacklist" starring James Spader is filming on the Long Beach Bridge Saturday and Sunday.
Christina Daly/Herald
By Anthony Rifilato

The City of Long Beach will double as Washington, D.C. this weekend, when the NBC action spy-thriller “The Blacklist,” starring James Spader, films on the Michael Valente Memorial Bridge.

NBC is shooting an action scene on the bridge on Saturday, March 23, and Sunday, March 24, on the northbound side. According to the City of Long Beach, traffic will run in both directions on the other side of the bridge.

Traffic will be supervised by the Police Department until filming is completed on Sunday evening. The northbound side of the bridge will be closed from 5 a.m. Saturday through 11 p.m. Sunday. Northbound traffic from Long Beach will be diverted to one lane of the southbound bridge. Southbound traffic from Oceanside will be merged to one lane of the bridge. Some delays are expected during filming, and motorists are advised to find alternate routes.

A location manager for the show, Damien Resnick, said that the scene for the show’s pilot will involve special effects such as fire, smoke, actors repelling off the bridge, gunshots, and a car collision, all of which will be monitored by appropriate law enforcement officials.

According to the Hollywood Reporter, the pilot revolves around Spader’s character, Raymond “Red” Reddington, the world's most-wanted criminal who mysteriously turns himself in and offers to give up everyone he has ever worked with. His only condition is he will only work with a newly minted FBI agent played by Megan Boone of “Blue Bloods.”

Resnick said that he was not permitted to discuss details of the show. He explained that while the show is set in Washington, D.C., producers wanted to film in the greater-New York area.

“It’s set in D.C., so everything is doubling for Washington,” he said. “[The Long Beach Bridge] had the look that we wanted, and we wanted to stay in the greater New York, Nassau County area. And the City of Long Beach, Village of Island Park and the county has been really great in cooperating and supporting what we want to do.”

City spokesman Gordon Tepper said that NBC is covering all overtime and other costs associated with filming, along with permit fees.

“The Blacklist” is part of a greater effort by Nassau County to attract the motion picture and television industries to the area. According to the county, it is estimated that the film industry provided $90 million in economic impact for Nassau in 2012.