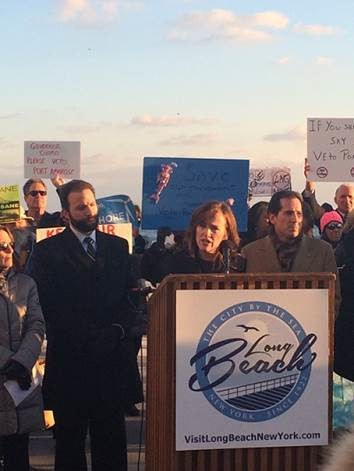 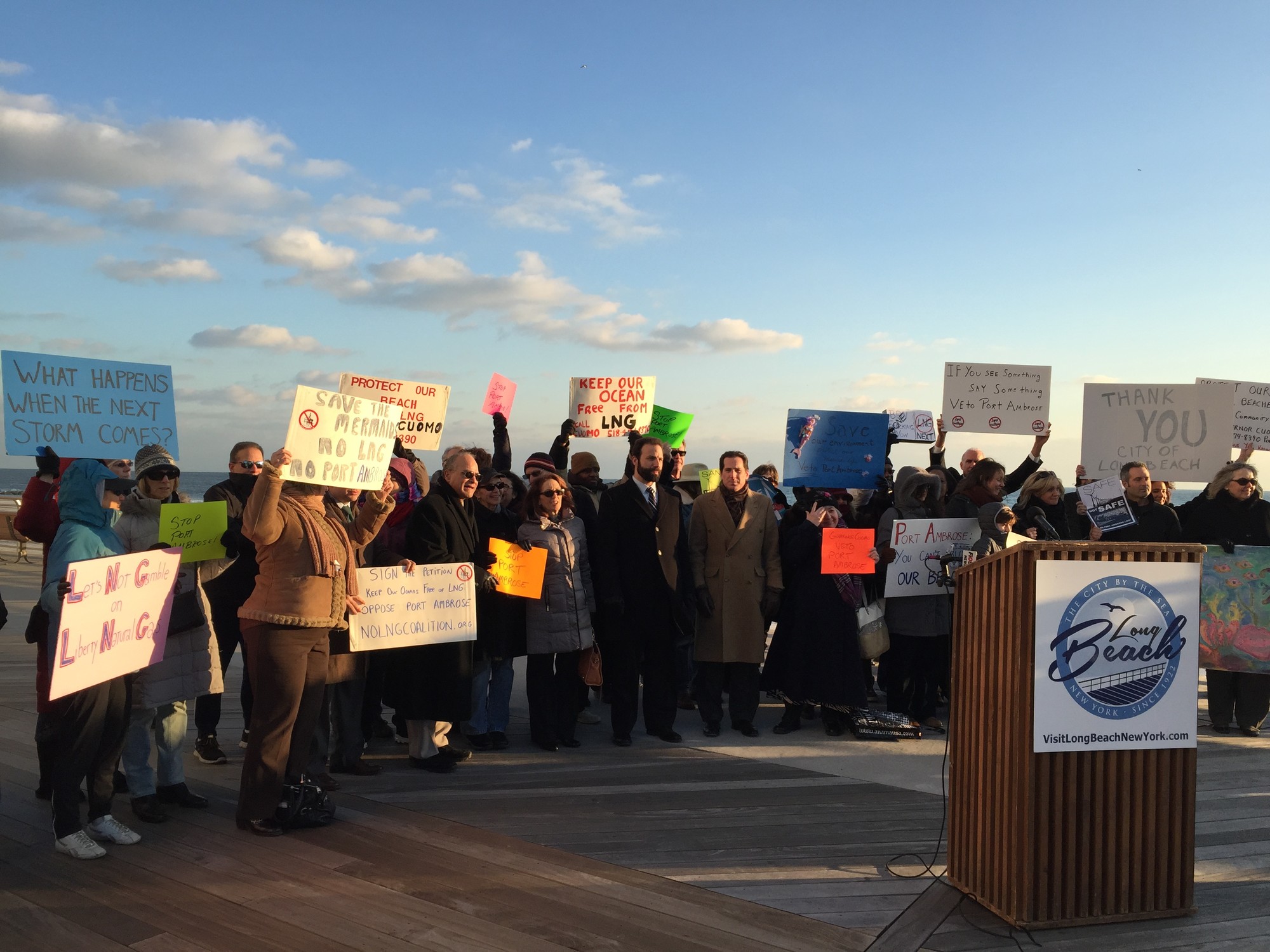 Protesters and city, state and federal officials gathered on the boardwalk to voice their opposition.
Anthony Rifilato/Herald
Previous Next
By Anthony Rifilato

A week after they criticized plans for an offshore liquefied natural gas terminal at a meeting in Queens, officials gathered on the Long Beach boardwalk on Thursday to call on Gov. Andrew Cuomo to veto the plan, citing environmental, economic and safety concerns.

The plan includes a system of underwater buoys and pipelines. Massive ships designed to carry tens of millions of gallons of condensed, super-cooled natural gas would dock at the port, heat the LNG into gas and pump it inland through Long Beach and Island Park via the existing Transco natural gas pipeline, which extends from South Texas to New York and runs under Long Beach.

Now, officials and a number of environmental groups, inlcuding Sane Energy, the Surfrider Foundation, All Our Energy and Clean Ocean Action, are calling on the U.S. Maritime Administration and U.S. Coast guard to deny Liberty's most recent application and urging Cuomo to veto it, saying that the terminal would hurt the environment, increase the region’s dependence on foreign fuel and create the potential for an offshore catastrophe or terrorist attacks.