On being Amy Schumer’s mom 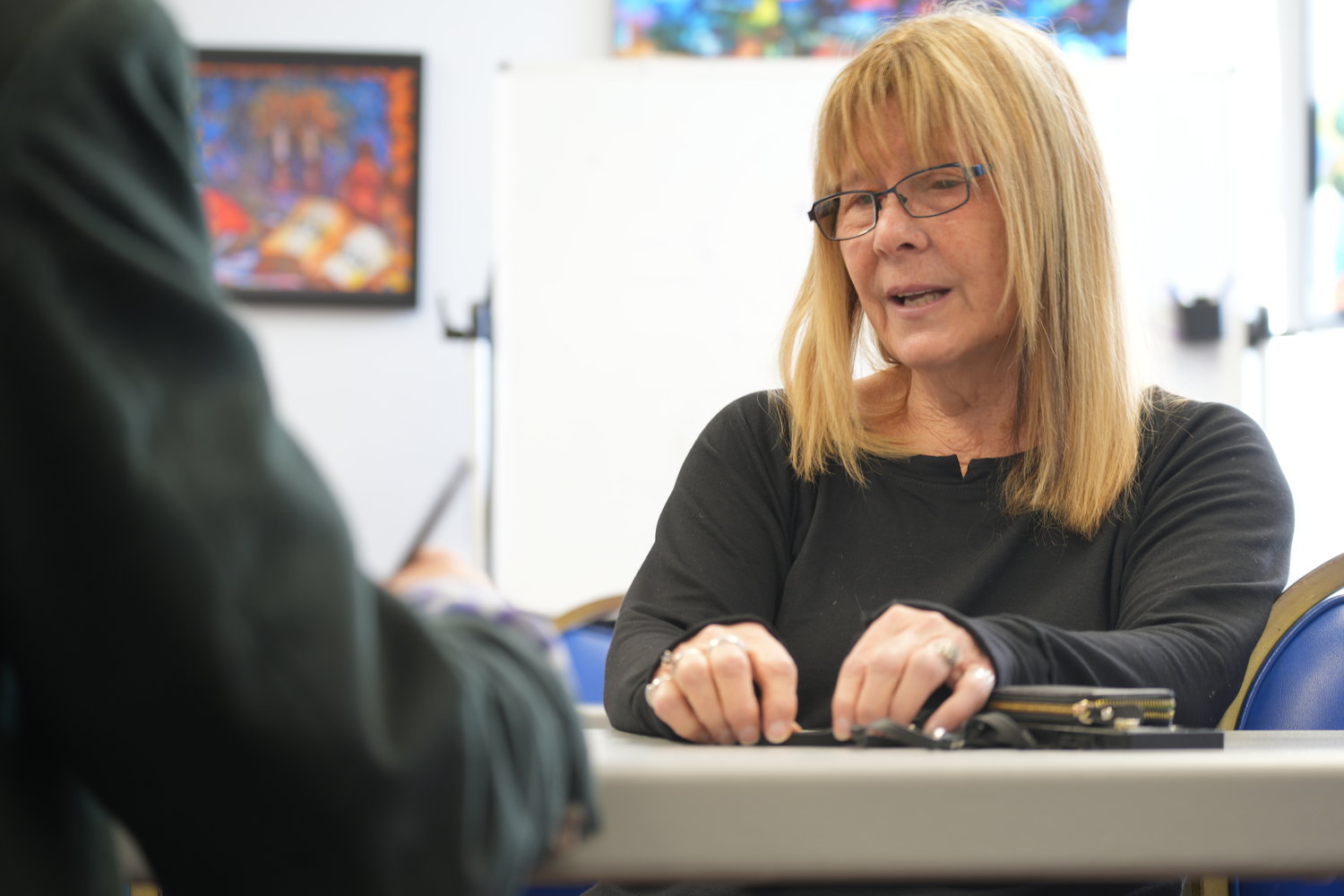 andy Schumer is a soft-spoken, 74-year-old religious school principal and administrator at Temple Emanu-El of Long Beach who is extraordinarily polite and chooses her words carefully.

Is this the mother of the 41-year-old, often sexually explicit standup comedian? The star of television and film who, when asked by David Letterman on her last appearance on “The Late Show” in 2015 to “do something you’ll regret,” hiked up the hem of her tight black dress and pointed to a long white line across her upper thigh?

Yes, Sandy Schumer is her mother.

After working for 25 years as a speech therapist for BOCES in Nassau County, the elder Schumer took a job as religious school principal at the temple, a position she has held for the last three years. She is also the author of a book, “The Language of Parenting.” It is a guide to helping parents meet the challenges of raising children. The book is dedicated to Amy, and Sandy’s two other children, Jason, a jazz musician, and Kimberly, a writer and producer.

The Schumers are also distantly related by marriage to Sen. Chuck Schumer, the majority leader of the U.S. Senate. But Sandy Schumer said she has met him privately only once.

She almost never tells people she is Amy’s mother. And she shuns the word “pride” when speaking of her daughter, whose fame reached a new level in 2015, when she made her film debut in “Trainwreck.” She received nominations for the Writers Guild of America award for Best Original Screenplay and the Golden Globe Award for Best Actress, Motion Picture Comedy or Musical.

“She’s a regular person,” Sandy Schumer said of her daughter.

“I feel disassociated from the famous person she is. I’m not a fan. I’m her mother.”

“I have a very specific feeling about pride,” Schumer said. “I have three children. I never say, ‘I’m proud of you.’ I say, ‘I’m so happy for you.’ Pride has to come from within. So many people work hard to make their parents proud, and then those people are disappointed” when they feel they haven’t done so.

Rabbi Jack Zanerhaft, the religious leader of Temple Emanu-El, said Schumer is “private, quiet about it all.”

“She doesn’t promote the fact that she has a famous daughter,” Zanerhaft said. There is a definite resemblance between mother and daughter, he said. “But Sandy doesn’t go out of her way” to talk about Amy.

Amy Schumer is on a nationwide performance tour, and was unavailable for comment.

Her mother is so discrete that, for over a year, the cantor at Temple Emanu-El, Lisa Klinger-Kantor said she didn’t know that Amy was Sandy’s daughter. Amy was married in February 2018 in Malibu, California, and Klinger-Kantor said that Sandy told her about the wedding a week before.

“I only knew her as Sandy Schumer,” Klinger-Kantor said. “We had never talked about her daughter. She said, ‘Do you know who my daughter is?’ She said it’s Amy Schumer. I cracked up. She said she had two days to pack for the wedding in California.”

“She’s low-key and quiet,” Klinger-Kantor added.  “But she gets her opinions across. She’s very organized.” The temple’s religious school has about 70 students.

Sandy Schumer was born to Methodist parents in Cincinnati, but converted to Judaism after meeting a Jewish student, David Stein, at Miami University in Ohio. She knew little about Judaism, but studied diligently.

“I never had a bagel in my life” before college, she said.

She married Stein in 1972. He has since died, and she married Gordon Schumer in 1979. Gordon, she said, developed a drinking problem and his furniture-importing business failed. They have been divorced for 30 years.

In her 2016 book, “The Girl with the Lower Back Tattoo,” Amy Schumer wrote that she was 10 when her father’s car was repossessed. “I do remember him standing expressionless in the driveway as it pulled away,” she wrote. Gordon was later diagnosed with multiple sclerosis, and now lives in a care facility in Manhattan.

Amy, who married Chris Fischer — a farmer and a chef who is on the autism spectrum — five years ago, has said that she has “forgiven” her mother, but that it took time.

“When she was 30, she and I stopped communicating for a few months,” Sandy said. “We were too close. She was angry at me. I didn’t handle things well. But we worked to rebuild our relationship. The best thing that has happened was her having a son” — Gene, now 3½.

Amy Schumer has made millions of dollars over the course of her career. But her mother lives on a Nassau County pension and her salary at Temple Emanu-El.

“I’m a normal person,” she said. “I have a normal job. It’s very important for me to be independent.” When she thinks of her daughter, she often recalls a child who loved to perform in school plays at a Catholic school in Rockville Centre, where the family lived when Amy was young.

“She was delightful, smart, creative and funny,” Sandy Schumer said. “She looked a little like Shirley Temple.”