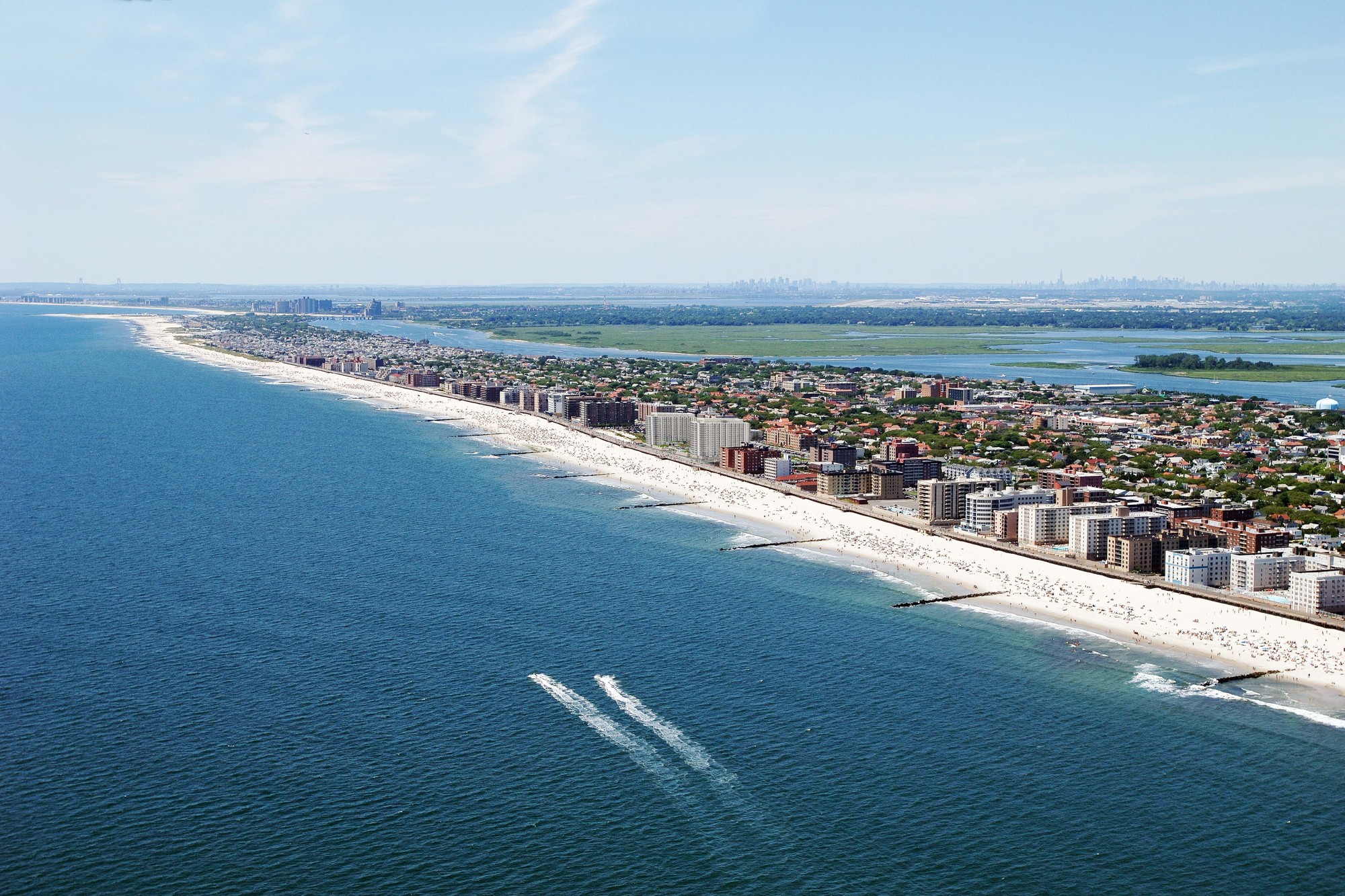 The Zoning Board of Appeals approved a variance that allows iStar Financial to develop two 160-feet tall towers — the two white high-rises pictured at center in a rendering provided by iStar — on the long-vacant Superblock.
Courtesy iStar 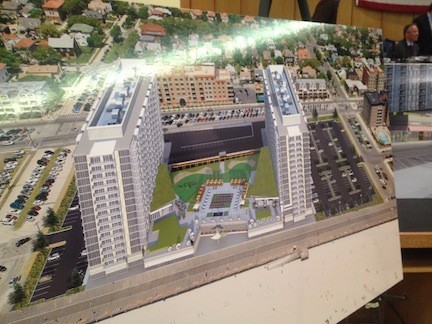 The project includes two 15-story buildings — approximately 50 feet taller than the city’s current height limit of 110 feet — with 522 one- and two-bedroom luxury rental apartments, along with 11,000 square feet of retail space.
Anthony Rifilato/Herald 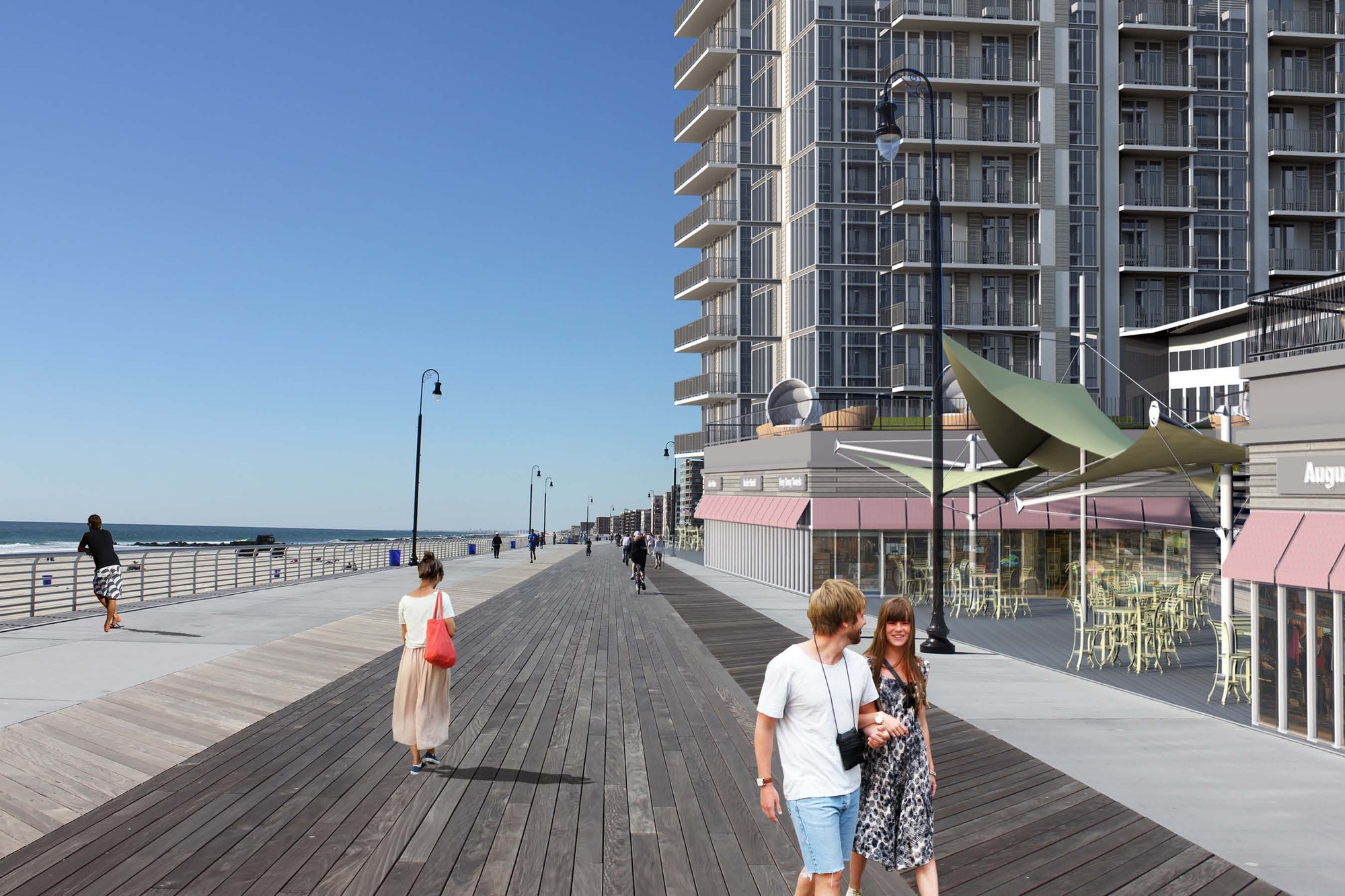 The project includes two 15-story buildings — approximately 50 feet taller than the city’s current height limit of 110 feet — with 522 one- and two-bedroom luxury rental apartments, along with 11,000 square feet of retail space.
iStar
Previous Next
By Anthony Rifilato

Paving the way for what could become the two tallest structures in Long Beach, the Zoning Board of Appeals approved a developer’s plan on Feb. 27 to build two luxury apartment towers on the long-vacant Superblock property.

On Jan. 23, Manhattan-based iStar Residential asked the zoning board for a height and density variance to develop a new mixed residential and commercial development on the 6-acre parcel between Riverside and Long Beach boulevards, East Broadway and the boardwalk, saying that it would revitalize property that has remained vacant for 30 years.

The board voted 5 to 1 to approve the variance. Chairman Rocco Morelli, who could not attend the meeting, announced his support for the project in a statement that was read aloud at last Thursday’s meeting.

The project includes two 15-story buildings — approximately 50 feet taller than the city’s current height limit of 110 feet — with 522 one- and two-bedroom luxury rental apartments and 11,000 square feet of retail space for a handful of shops along the boardwalk. With rents starting at over $2,000 per month, the apartments would be marketed to young professionals and empty-nesters. The project is expected to attract 800 to 900 new residents and generate $4.8 million in tax revenue per year for the city and the Long Beach School District, iStar officials said.

square-foot promenade would “integrate” with the new boardwalk and be devoted to public space, with café tables, benches and other amenities.

City officials and the Chamber of Commerce lauded the board’s decision, saying that the project would generate tax revenue, create jobs and offer the first mix of retail shops on the boardwalk in decades. Construction could begin this summer, iStar representatives said.