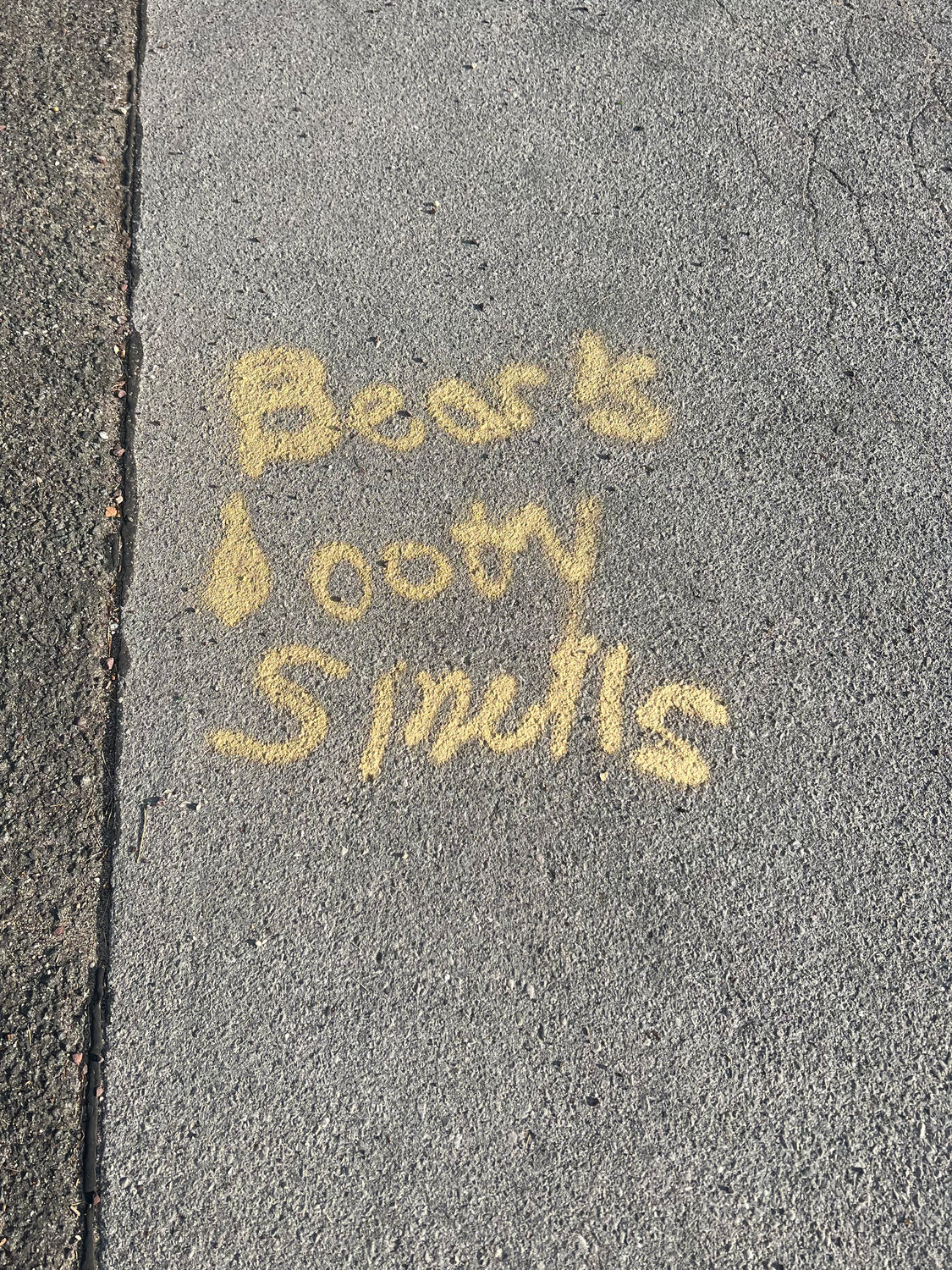 The least offensive derogatory graffiti found outside a Derby Avenue home in Woodmere on Aug. 15.
By Jeff Bessen

Four drawn images of derogatory and racist graffiti was found on Derby Avenue and the driveway of a home on that Woodmere street around 7 a.m. on Aug. 15, according to a resident who sent the Herald photos.

The resident said the police were called and a report was made.

Two of the images depict male genitalia. Another one includes a curse word and a variation of a racial epithet. The least offensive image reads “Bear’s booty smells.”

Antisemitic, hate-filled and racist language has increased in frequency on Long Island, in Nassau County and most recently on the South Shore with anti-Semitic flyers being distributed in Freeport, Oceanside and Rockville Centre in the past few weeks.

“These horrific pamphlet’s containing lies, untrue conspiracies and disgusting language are a blatant attack on our hometown’s thriving Jewish community,” Town of Hempstead Councilman Anthony D’Esposito tweeted in reaction to the Freeport flyers.

This story will be updated when more information becomes available.