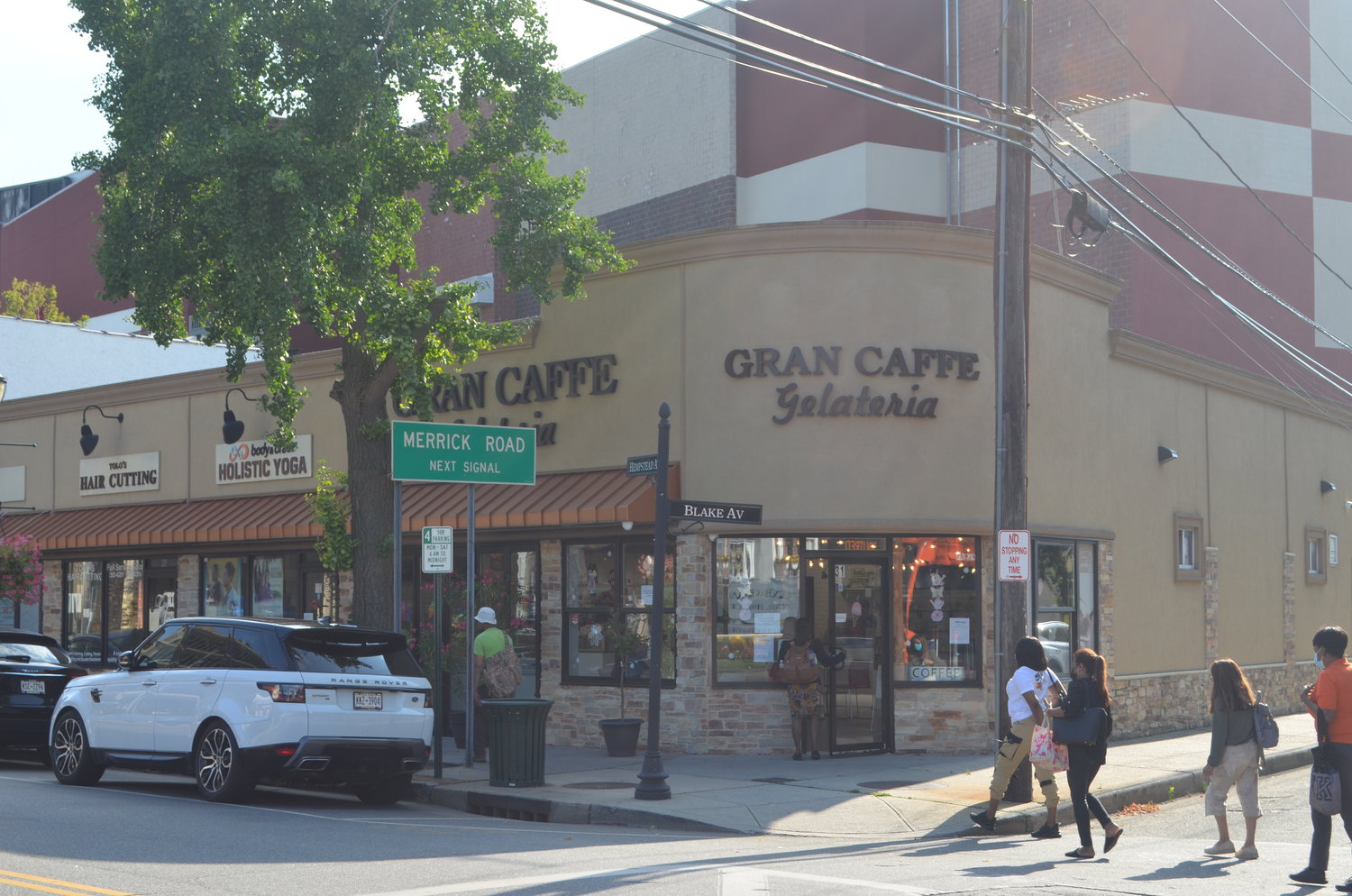 The gran caffe gelateria was named in the U.S. attorney’s indictment as an alleged base of operation for a mafia-run gambling ring.
Tim Baker/Herald
By Daniel Offner

Business in Lynbrook continues to thrive despite recent reports of a mafia-run illegal gambling ring operating out of the Gran Caffe Gelateria.

U.S. Attorney Breon Peace said that seven of the nine men named in the indictment had been taken into custody in connection with the allegations, including Mark Feuer, of Ocean-side; Joseph Macario, of West Islip; Carmelo Polito, of Whitestone; Salvatore Rubino of Bethpage; Agostino Gabriele, of Glendale; Anthony Pipitone, of Deer Park; and Vito Pipitone, of Wellington, Florida.

One of the nine men named, Joseph Rutigliano, of Commack, remains at large, investigators said.

Prosecutors have also alleged that Hector Rosario of Mineola, a detective with the Nassau County Police Department, accepted money from the Bonanno crime family in exchange for offering to arrange police raids of competing gambling locations.

Detective Rosario is charged with obstructing a grand jury investigation, and lying to the FBI.

According to prosecutors, the alleged started its operations in 2012 in Lynbrook, working out of the Gran Caffe. The profits earned through this and other gambling locations generated substantial revenue, they allege, which was then laundered through cash transfers to the families, and through “kicking up” to the crime families’ leaders.

The Gran Caffe, according to its website, was first established in 1979 and was later renovated into a gelateria in 2019, following the June 2018 grand opening of the state-of-the-art Regal movie theater on Merrick Road.

According to the indictment, the illegal activities alleged to have taken place at the coffee shop stopped in January 2022.

“I’m a little surprised,” Lynbrook Mayor Alan Beach said. “They never caused any issues in the village and people go there frequently from the movie theater.”

Steve Wangel, owner of The Kitchen Loft on Union Avenue, said he too was surprised after hearing about the case on the news.

“How could this go on in Lynbrook?” Wangel said. “We’re a very vibrant community that despite all the challenges with Covid-19 is still very prosperous.”

He said the recent allegations against the local storefront operation are unfortunate, but are not indicative of businesses in the community.

“I don’t think anybody was aware that anything was going on there,” Wangel said. “These are hard-working businesses who are not trying to do anything wrong.”

Since the Village of Lynbrook is currently working closely with builders of new luxury apartments on the site of the former Feather factory, a community eyesore for more than a decade, there is a possibility the population could increase over the next few years.

Wangel added having more people moving into the village will help feed the initial demand by bringing in even more customers. “However good things are now, it’s only going to get better.”

“The defendants tried to hide their criminal activity by operating from behind the cover of a coffee bar, a soccer club, and a shoe repair shop, but our Office and our law enforcement partners exposed their illegal operations,” Peace said in a statement.

“Even more disturbing is the shameful conduct of a detective who betrayed his oath of office and the honest men and women of the Nassau County Police Department when he allegedly aligned himself with criminals.”

Nassau County Police Commissioner Patrick Ryder told Newsday that the officers in his department have been helping the FBI with the investigation. Rosario was assigned to a restrictive assignment where he had no interaction with the public.

“Furthermore, he has been suspended without pay pending an administrative hearing,” Ryder said. “The Nassau County Police Department continues to have a zero tolerance approach toward any member of the department who is involved in criminal activity.”

Polito has also been charged with operating an illegal online gambling scheme where bets were placed on sporting events through a website called “PGWLines.” In connection with his operation of PGWLines, Polito was charged with attempting to extort an individual who lost several thousand dollars in bets he placed through the website.