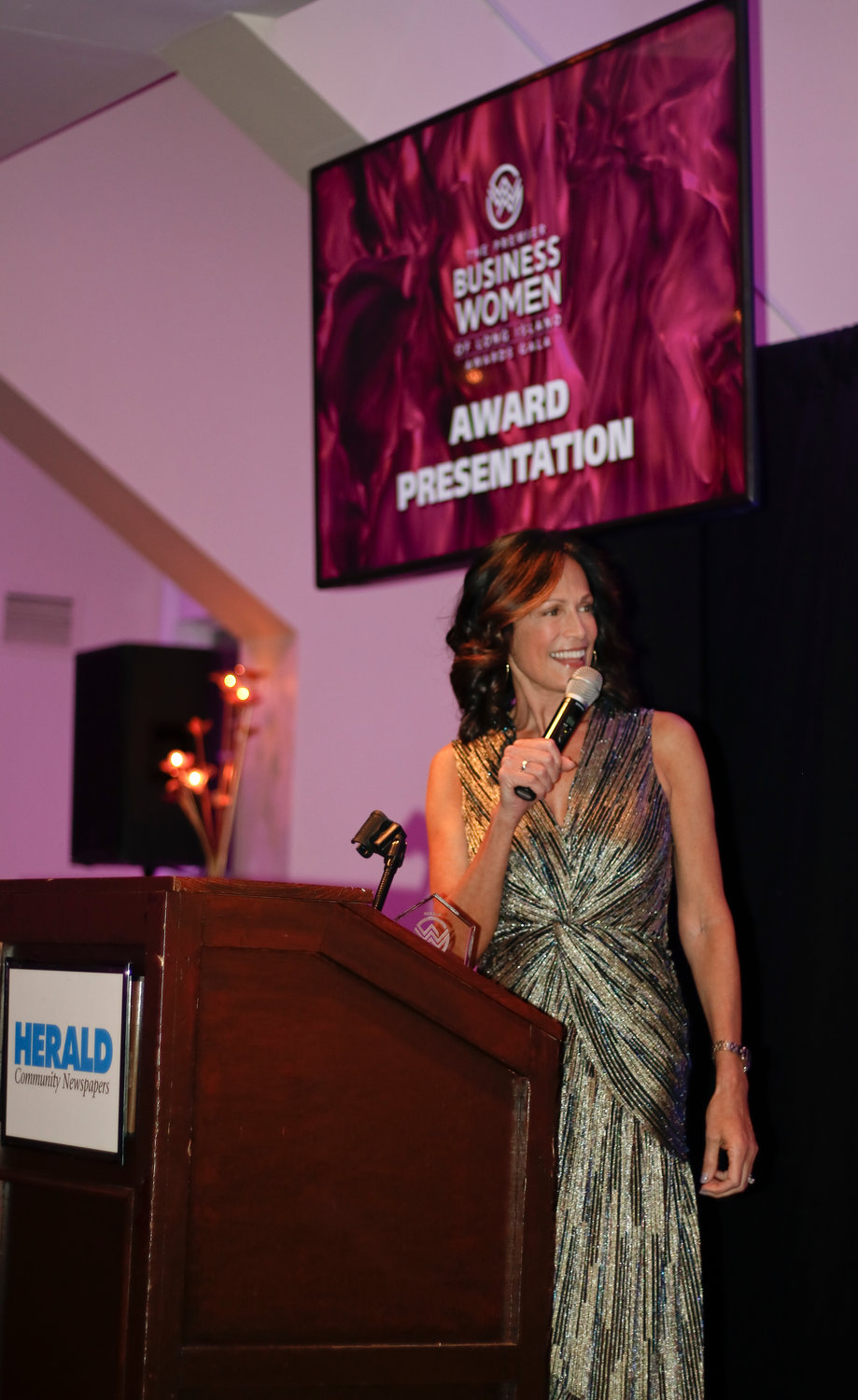 During her illustrious career, Judy Goss has traveled the world modeling, hosting television shows, and becoming a published author.

But last March, she took on a new role: host of RichnerLive’s Premier Business Women of Long Island. And it reminded her a lot of her company, What Women Want, which was originally based on women’s stories.

“So when I get into a room filled with hundreds of women who not only have stories, but have broken glass ceilings and paved the way for minority women, young women and really anyone who’s out there,” she said, “it just lifts me to levels that I can’t even describe.”

The host of AWE cable channel’s “Behind the Gates” is a regular contributor to NBC and Fox as well. Goss also leads a show featuring her home decor line on QVC, which broadcasts from her Merrick house.

She founded What Women Want in 2010, a networking company with some 60 chapters nationwide. Initially geared specifically toward women, What Women Want recently incorporated men, and will soon change its name to Wealth and Wisdom.

At the height of the coronavirus pandemic in 2020, the networking company switched to an all-online model, where experts gather virtually to discuss topics such as cybersecurity, book writing and law, among other things.

“It follows the traditional model of networking, but according to subject matter now,” Goss said. “It’s about getting together, meeting new people, and forming connections.”

The company also donates money to charities close to the local chapters in each state. That includes Dress for Success, a global not-for-profit that empowers women to achieve economic independence by providing a network of support, professional attire, and the development tools to help women thrive in work and in life.”

In “Behind the Gates,” Goss gives viewers an up-close and personal look inside various mansions. In addition to her duties for AWE, in early 2020, Goss began hosting shows for QVC and drove from her home to studios in West Chester, Pennsylvania, three to four times each week.

After the pandemic hit, QVC helped Goss build a studio in her home, and began streaming from there. She continues to host the show, and says she is in talks with several networks to write and produce a new program highlighting women in the future.

Goss is from Olney, Maryland, which she describes as a small town, moving to Manhattan in 1989 after graduating from the University of Maryland. She went on to become a high fashion model, traveling the world. It was while living in New York that Goss met Bruce Levitt, who co-owns Mur-Lee’s clothing store in Lynbrook, started by his father and uncle in 1946. They eventually moved to Long Island and raised twins, who are now seniors at Calhoun High School.

Levitt himself won a Herald Long Island Choice Award earlier this month, chosen by Herald readers and local business customers, while Goss was recognized at the Premier Business Women of Long Island a few weeks earlier that she also hosted.

Hosting the awards meant a great deal to her.

“I thought it was really well-done,” Goss said. “I’ve produced events for What Women Want with over 200 women attending for a three-day conference, and I was just so impressed with the way things were done.

“Things flowed seamlessly, and the quality of women was superb.”