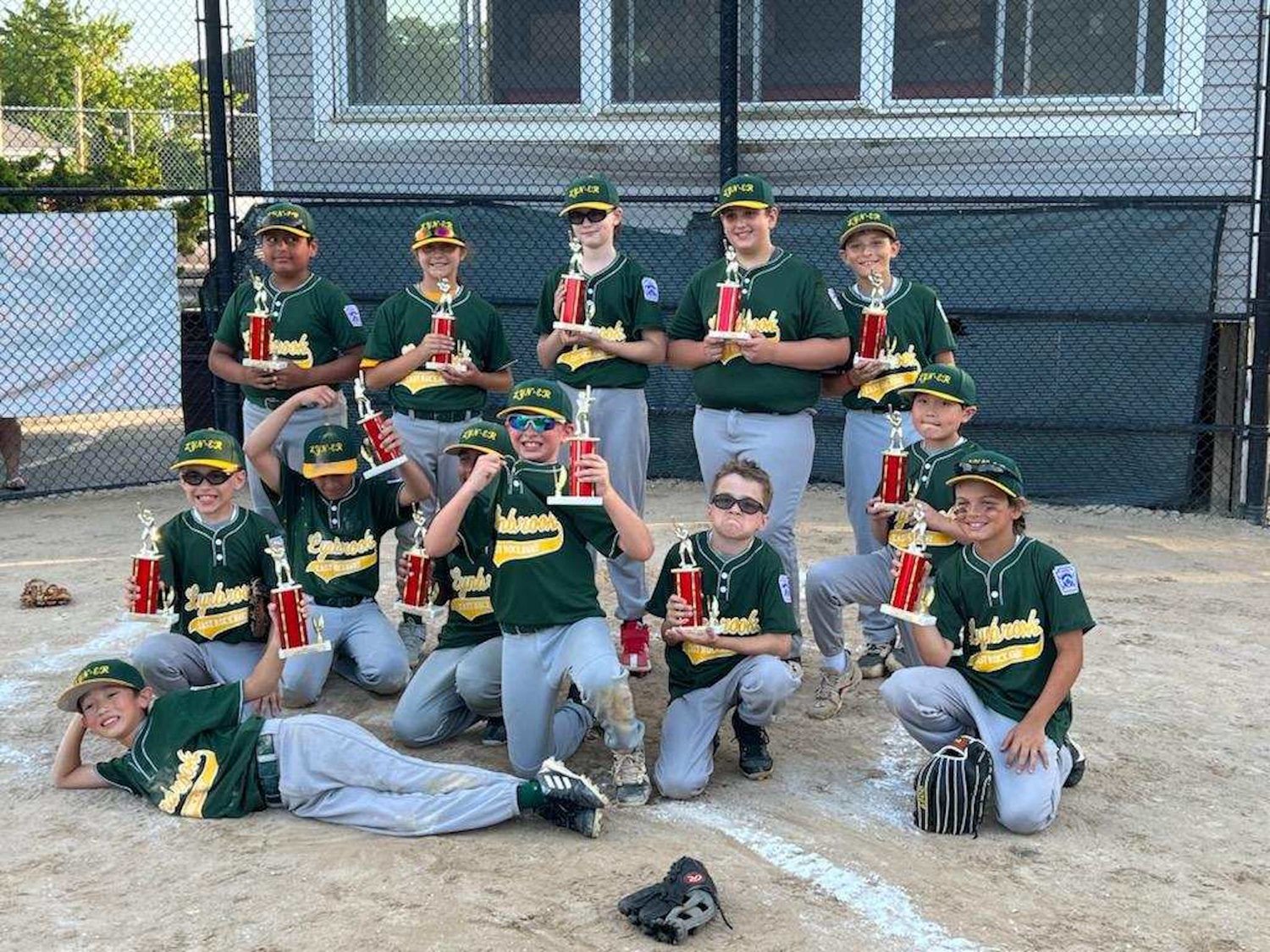 It’s been a few weeks since the Lynbrook/East Rockaway 11u Little League team won their district, but that didn’t stop Lynbrook village officials from honoring their victory late last month.
Courtesy William Becker
By Jake Pellegrino

It was 10 years in the making, but the Lynbrook/East Rockaway 11u Little League team did it. They won the Williamsport District 30 championship last July, and now they have a new honor to add to their list: accolades from Lynbrook village officials.

Mayor Alan Beach joined the rest of the board of trustees in celebrating the win during an Aug. 22 meeting.

“We want to thank you very much,” Beach said.

”We’re all very proud of you.”

But that pride wasn’t just limited to the elected officials.

“I speak on behalf of all the kids when I say I’m so proud of this team,” manager William Becker said. “Baseball is a tough sport. It has its ups and downs. Lynbrook/East Rockaway Little League is a great organization with a great group of dedicated people. We really appreciate the opportunity to come down here today.”

Every year, teams of young players around the country like the Lynbrook/East Rockaway squad compete to make it to Williamsport, Pennsylvania, the home of the Little League World Series. But getting there first means making it through district competition. Then there are sectional, state and regional tournaments.

“We played Rockville Centre for our first game, and most people look at that and say what a big challenge because they’ve always been a tough team,” Becker said. “But when we started, we jumped out on top right away. We had great pitching, great hitting and great fielding. And toward the middle of the game, Rockville Centre started scoring some runs, but we were able to score more runs and shut them down.”

Their next game was a beating by Oceanside, but somehow, Lynbrook/East Rockaway rebounded to come out on top.

“We had great pitching to start the game, but Oceanside took the lead on us in that game,” Becker said. “But in the sixth inning, we were able to come back and win and walk it off.”

Lynbrook/East Rockaway was down 5-3 going into the sixth inning, the manager said. But the team squeezed out three more runs to walk off with a win.

It was the final game July 9 Becker described as a true “home run.”

“In the final game against Oceanside again, we had unbelievable pitching and fielding,” the manager said. “It was the best game at this level I’ve ever seen.”

“The one run we did get was on a clutch hit, and everything went perfectly for us,” Becker said. “It was the best. I still get emotional talking about it. I could not get over how well they played.”

By the time the team reached sectionals, however, weather and fatigue took its toll.

“We played Floral Park and East Williston, and they’re competitive teams,” Becker said. “I think they’re teams we could’ve beaten, but our kids played at the best level they could have and were as competitive as they could be given the circumstances. Some of the games were on the hottest days of the summer, but I think on any other day, we could’ve beaten them. And it gives me hope for next year.”

He compared their odds to that of the Massapequa Coast Little League team, which recently made its way to Williamsport, only to lose to the team from Hollidaysburg, Pennsylvania. Massapequa was the first Long Island team to go to the World Series since Rockville Centre in ‘78.

“Think about Massapequa and how far they got,” Becker said. “It’s like, ‘Wait a second, it’s not impossible to get there.’ It just takes confidence and trust and belief in yourself.”

Dominic Becker, the team’s centerfielder and pitcher — and son of the manager — said his teammates never lost their faith.

“It was very fun, and we always knew that it was never really over,” he said. “We could always come back next year and do better.”

Lynbrook/East Rockaway may not have gotten as far as Massapequa this time around, they still earned something even more important — camaraderie.

“We’re a small town, and a lot of them already know each other whether it’s the neighborhood or through school, and they’re all rooting for each other,” the older Becker said. “So, it definitely brings them closer. And when they’re winning — like we did in district — everybody’s closer and happier.”