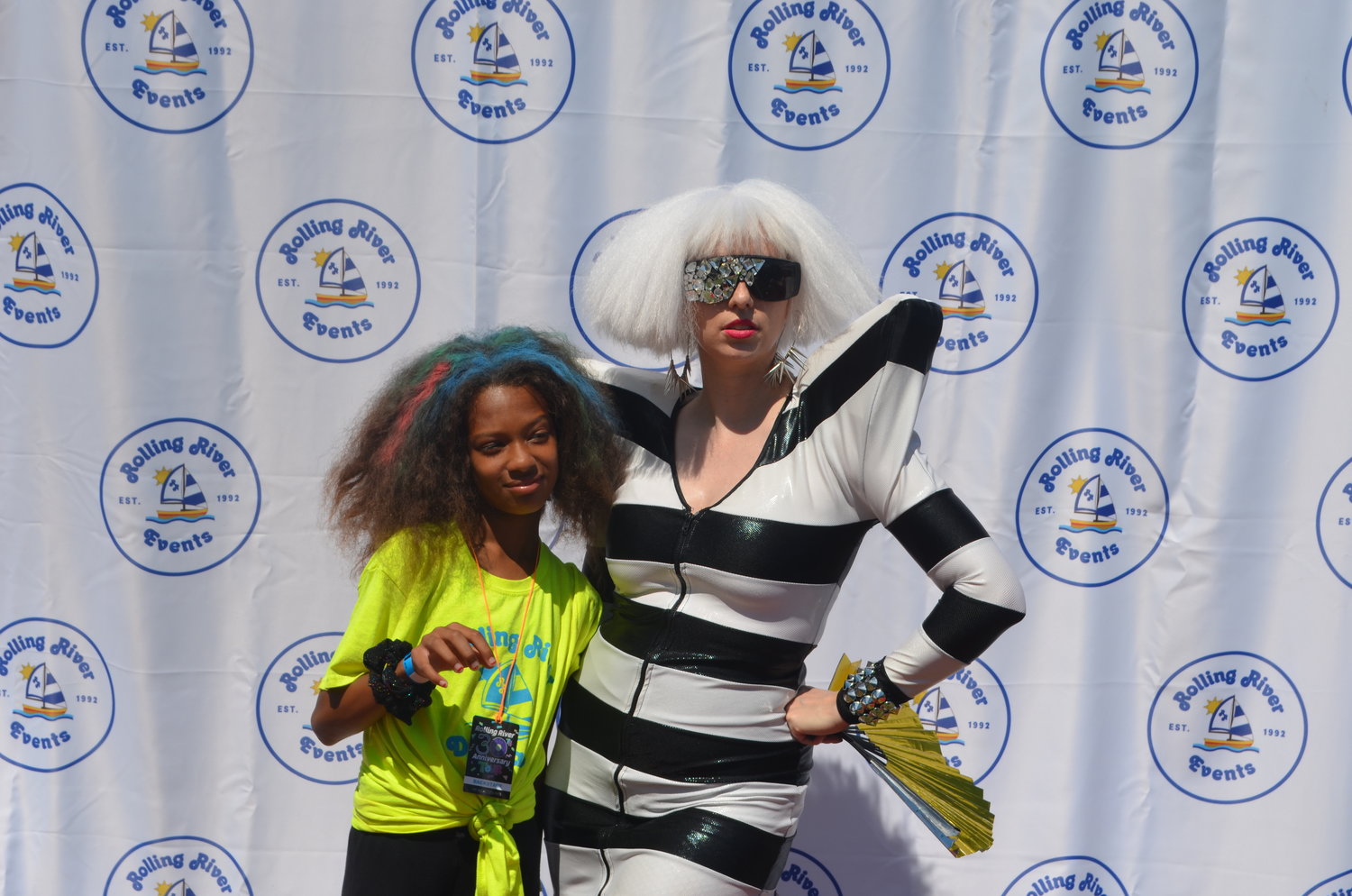 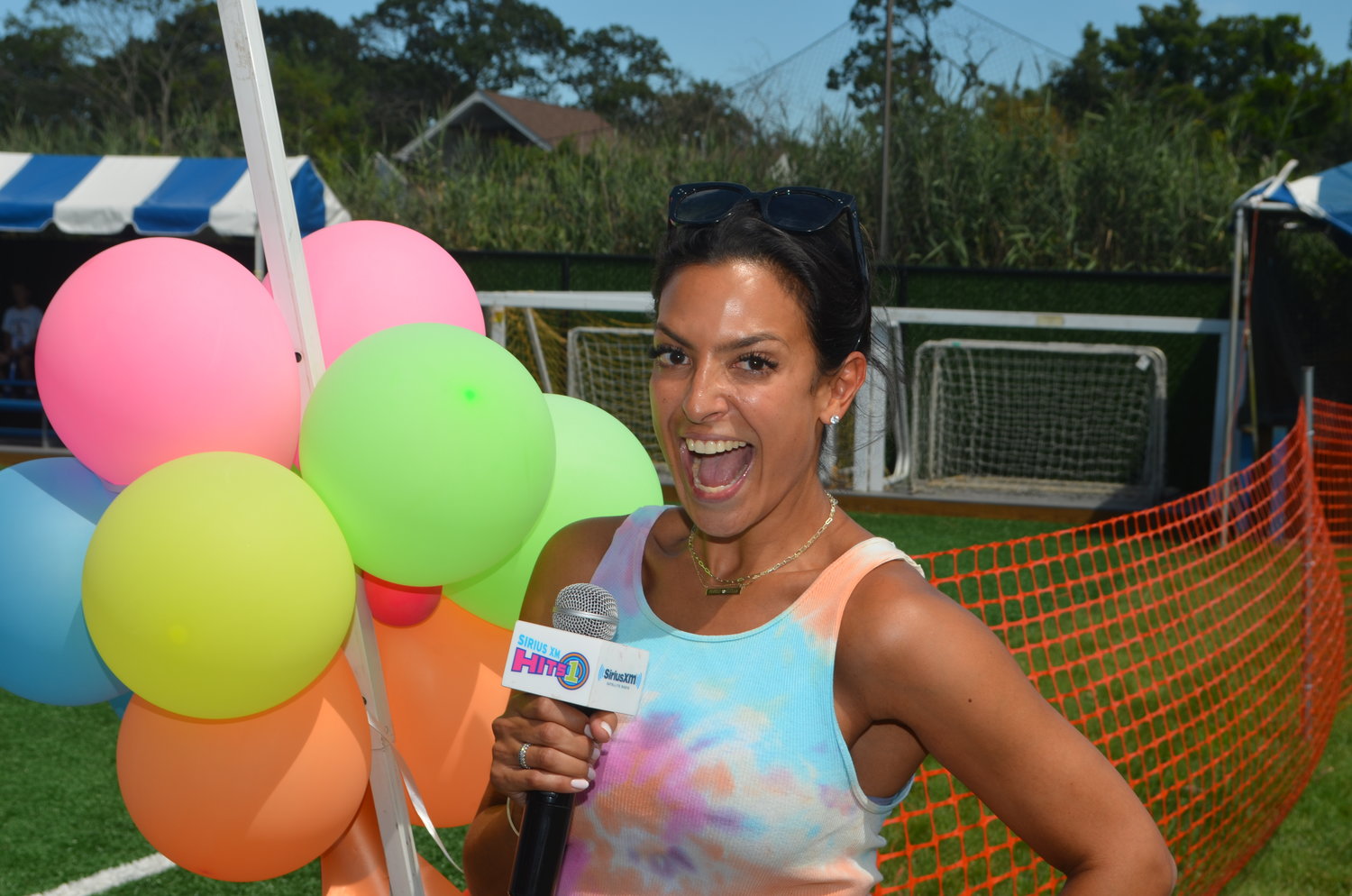 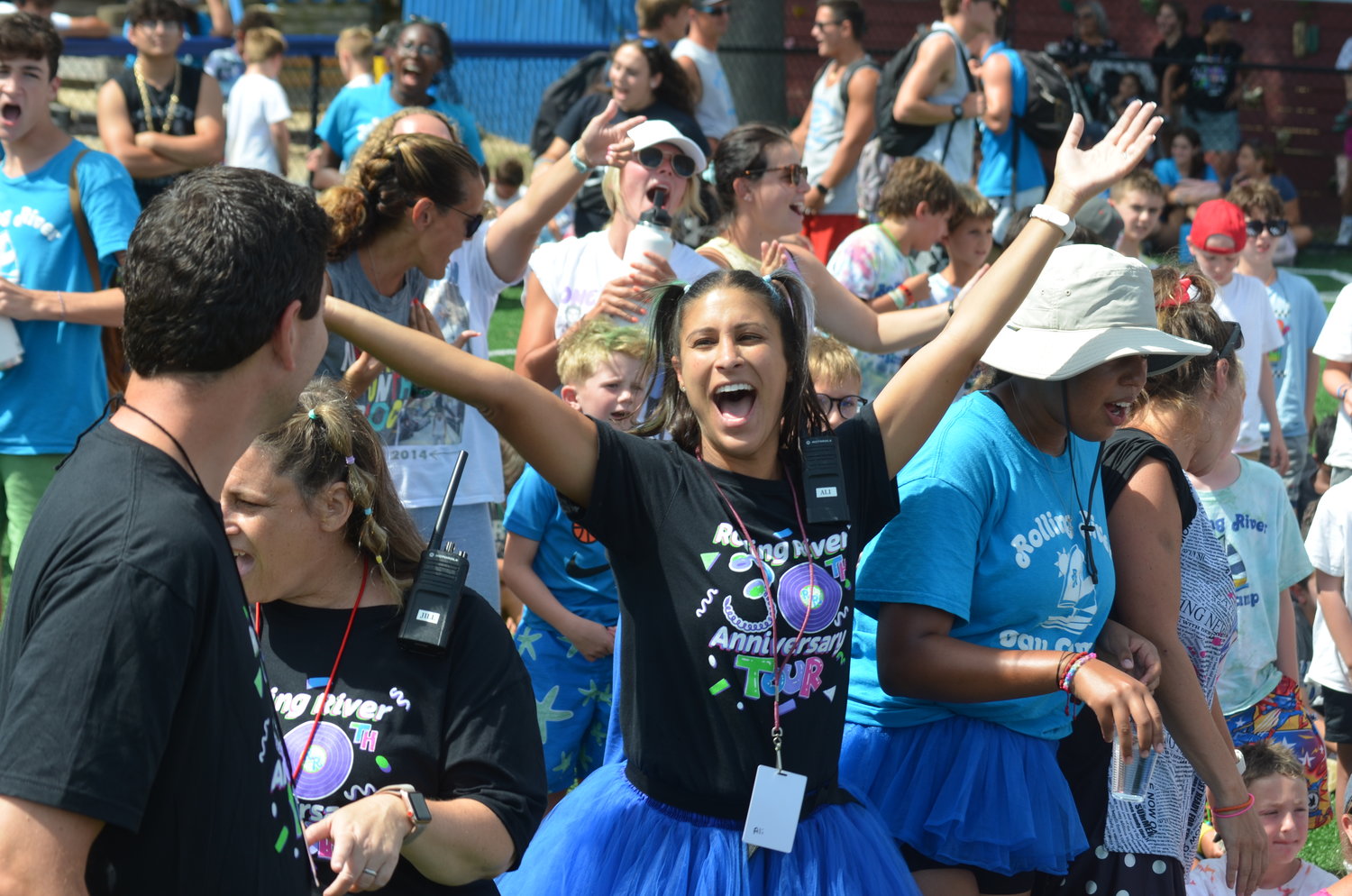 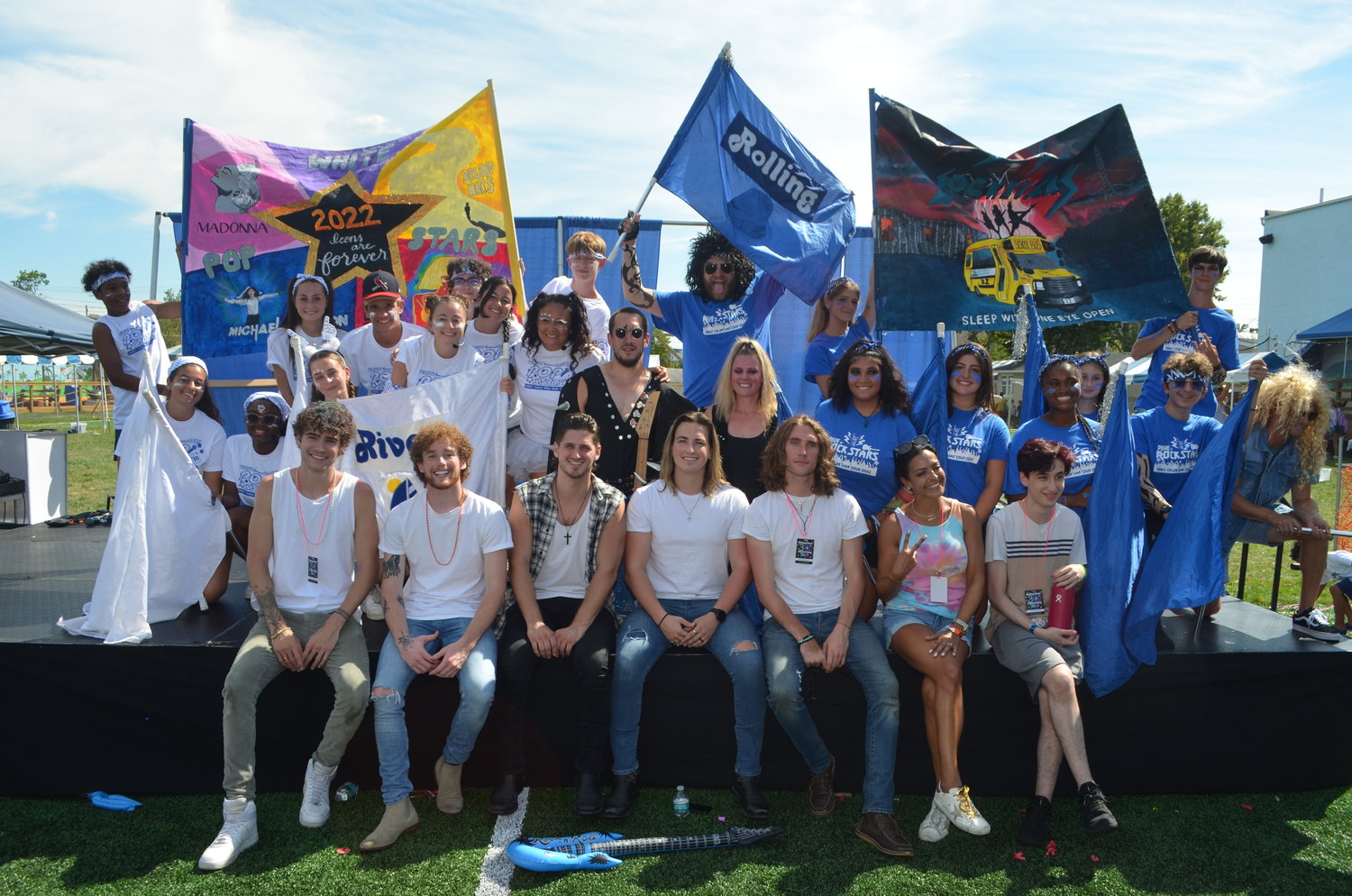 On the Outside group shot
Tim Baker/Herald 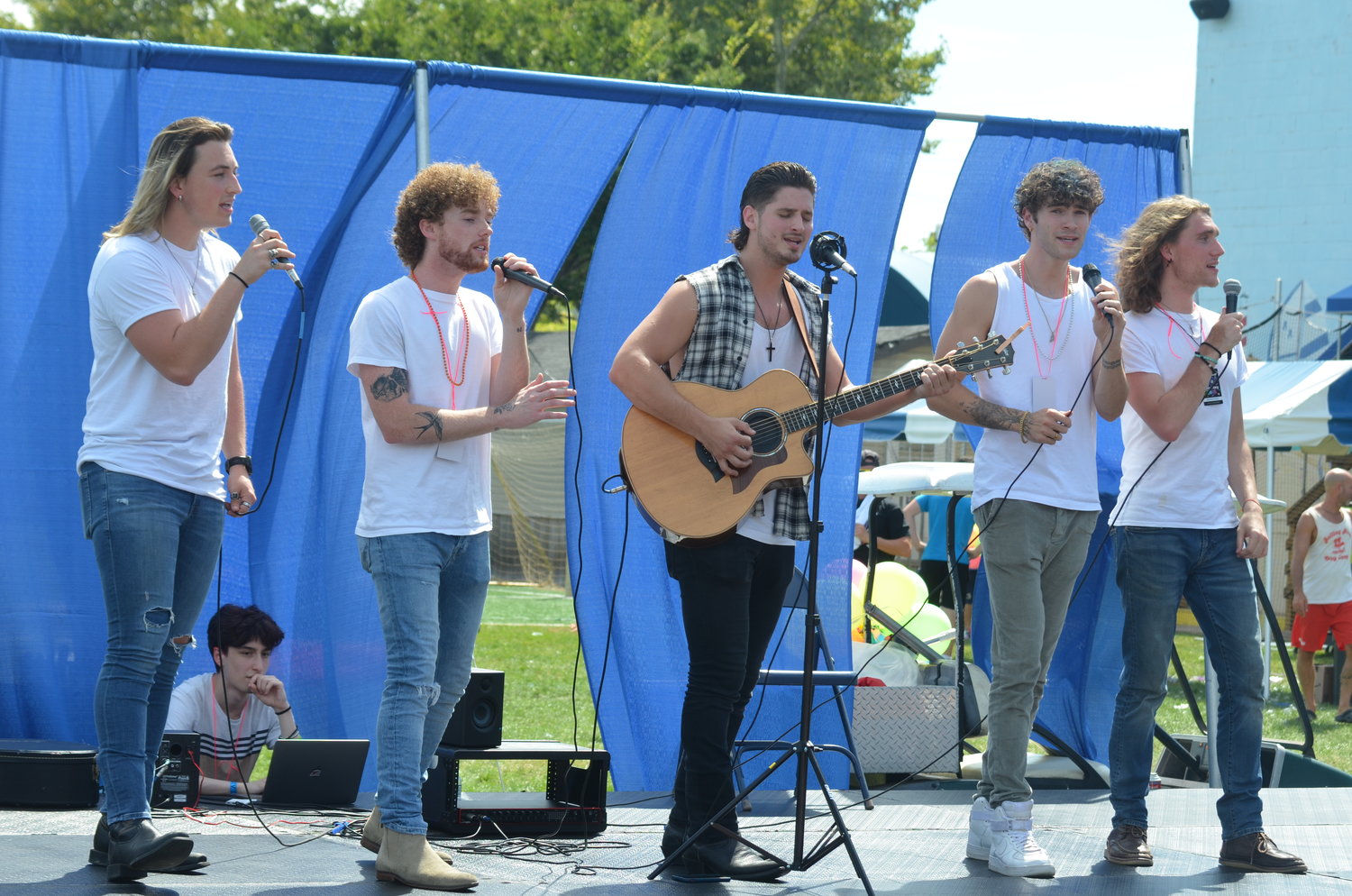 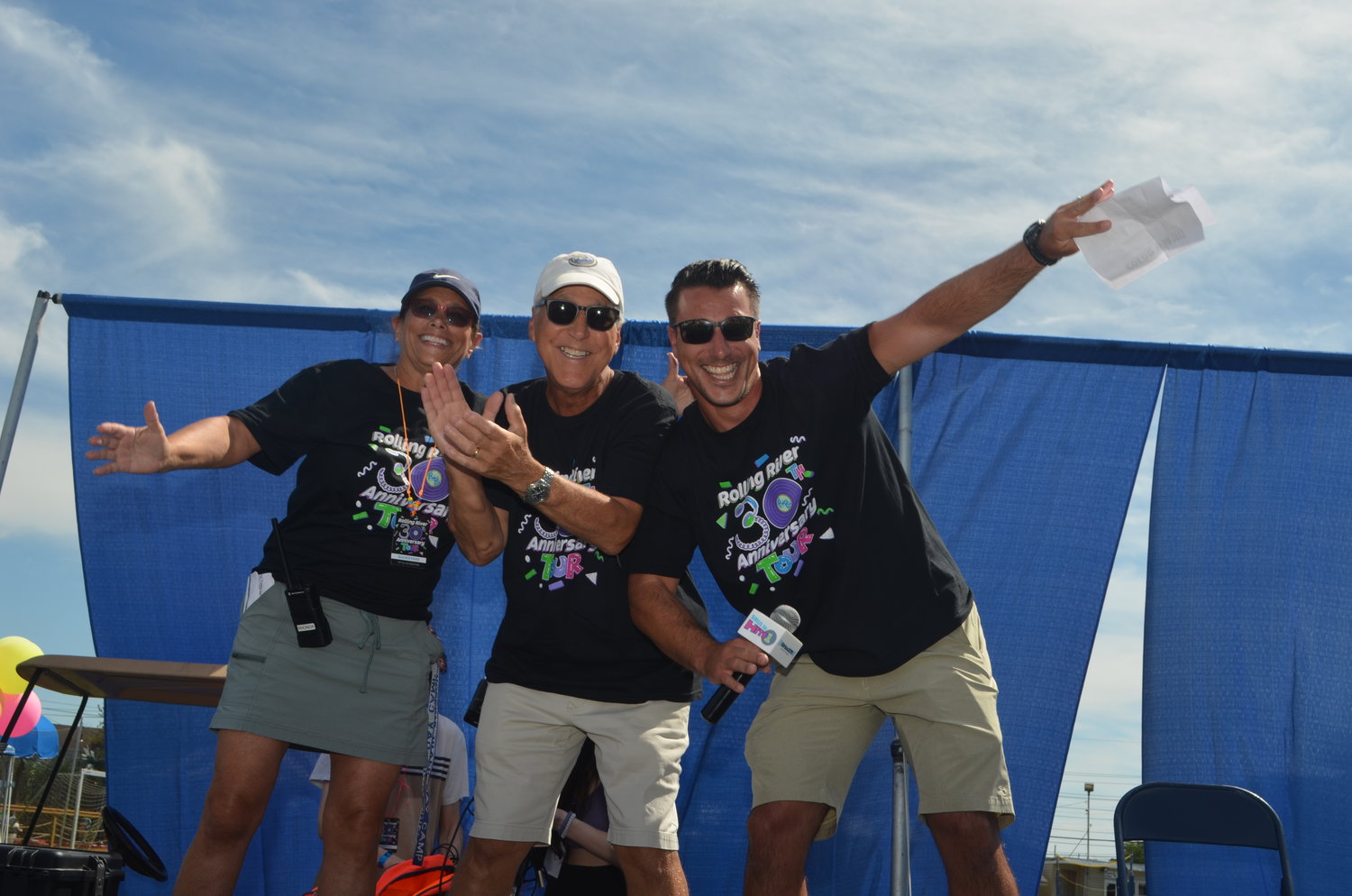 The Goodman family joins in the festivities, celebrating 30 years of the day camp.
Tim Baker/Herald
Previous Next
By Daniel Offner

More than a thousand campers, counselors, and staff attended the Aug. 12 special performance by emerging country-pop group, On the Outside, hosted by SiriusXM Hits 1 radio personality, Nicole Ryan.

“It's definitely the most ambitious event that we've done during the camp day,” Rolling River Director Marissa Goodman-Allaben said. “For our big anniversaries, we look to do something special for the campers and staff.”

In 2012, the camp celebrated its 20th anniversary as a special guest on the hit TLC series, “Cake Boss,” where they had a cake replica of the camp made by Buddy Valastro and the Carlo's Bakery crew. “When we planned this we already had high expectations,” she added.

Goodman-Allaben's experience in marketing led her to the idea to host a big concert for campers and staff. “What is a special, cool, and memorable experience you might have if you went to a concert? The coolest thing would be to go backstage,” she said. “I remember giving out credentials and VIP access. Imagine just the opportunity to feel unique and see behind the scenes.”

Providing that authentic concert experience was special guest host Nicole Ryan, host of “The Morning Mash Up” on SiriusXM Hits 1. “She visited the camp 10 years ago,” Goodman-Allaben said. “We thought she would be the perfect person to host.” Going with a '90s pop theme, the camp invited On the Outside, a pop country boy band from Nashville with over 5.4 million followers on TikTok. “We knew they'd be a good fit,” she added.

Rolling River Day Camp was created in 1992 by Goodman-Allaben's parents, Rhonda and Mark Goodman, who met while working as counselors at a sleep-away camp and eventually decided to open a camp of their own.

“Owning and directing a camp had been Mark's dream,” Rhonda Goodman said on the camp website. “Growing up in a single-parent household, he received a scholarship to attend camp as a child and the experience changed his life.”

Goodman said that since they met in 1975, they would talk fondly of their memories at Camp Kent and how amazing it would be to create their own someday. Mark said that the location had previously served as a summer camp called “Camp Millett,” which had been in the East Rockaway community since the '50s. So, when the previous owners had plans to move out of state, they took the opportunity to purchase the property.

“While it needed extensive renovations, it was a beautiful waterfront campus with a lot of potentials,” Mark says on the camp's website. “We also lived nearby with three young children, so it was a perfect location to grow a strong customer base.

Today, their children-Marissa, Alison, and Jonathan-help run the family-owned and operated summer camp. “We all went here as campers,” Goodman-Allaben said. “Now we all work as directors with our parents.”

Each summer, the camp provides kids with more than 40 different activities and programs, ranging from aquatics and boating to more traditional camp sports and arts programs. In addition to the innovative and fun activities for kids, the camp operates year-round by hosting community events and partnering with local businesses including the Art of Self Defense in Oceanside, local basketball company Level Up, Five Star Gymnastics, The Dance Space in East Rockaway, and more.

Many camps were forced to close in 2020, amid the Covid-19 pandemic, leaving more than 14 million children and adults without the opportunity for traditional summertime fun, according to the American Camp Association. However, administrators at Rolling River continued to make significant changes to comply with the Center for Disease Control and Prevention's public health guidelines.

“The number one reason we chose to stay open is because we love the kids,” Goodman-Allaben told The Herald back in 2020. “We know the kids need us more than ever, because they've been so deprived of socialization with other kids. We are absolutely thrilled to be able to give campers and staff the opportunity to just be themselves and come out of isolation at camp this summer.”

To meet health requirements, camp administrators ran their usual programs for shorter hours and at a limited capacity, reducing the maximum population from 600 to only 300 campers. To ensure minimal contact, campers were kept at a six-foot social distance from each other. They were also subject to mandatory temperature checks upon arrival and were instructed to wear masks while indoors.

As a result there were no reported Covid-19 cases at the camp throughout the entire summer.

In addition to celebrating its 30th anniversary in the community, this year was special for Rolling River Day Camp, as it was the first time in two years health restrictions were lifted, providing campers the opportunity to interact and enjoy a more normal summertime experience.