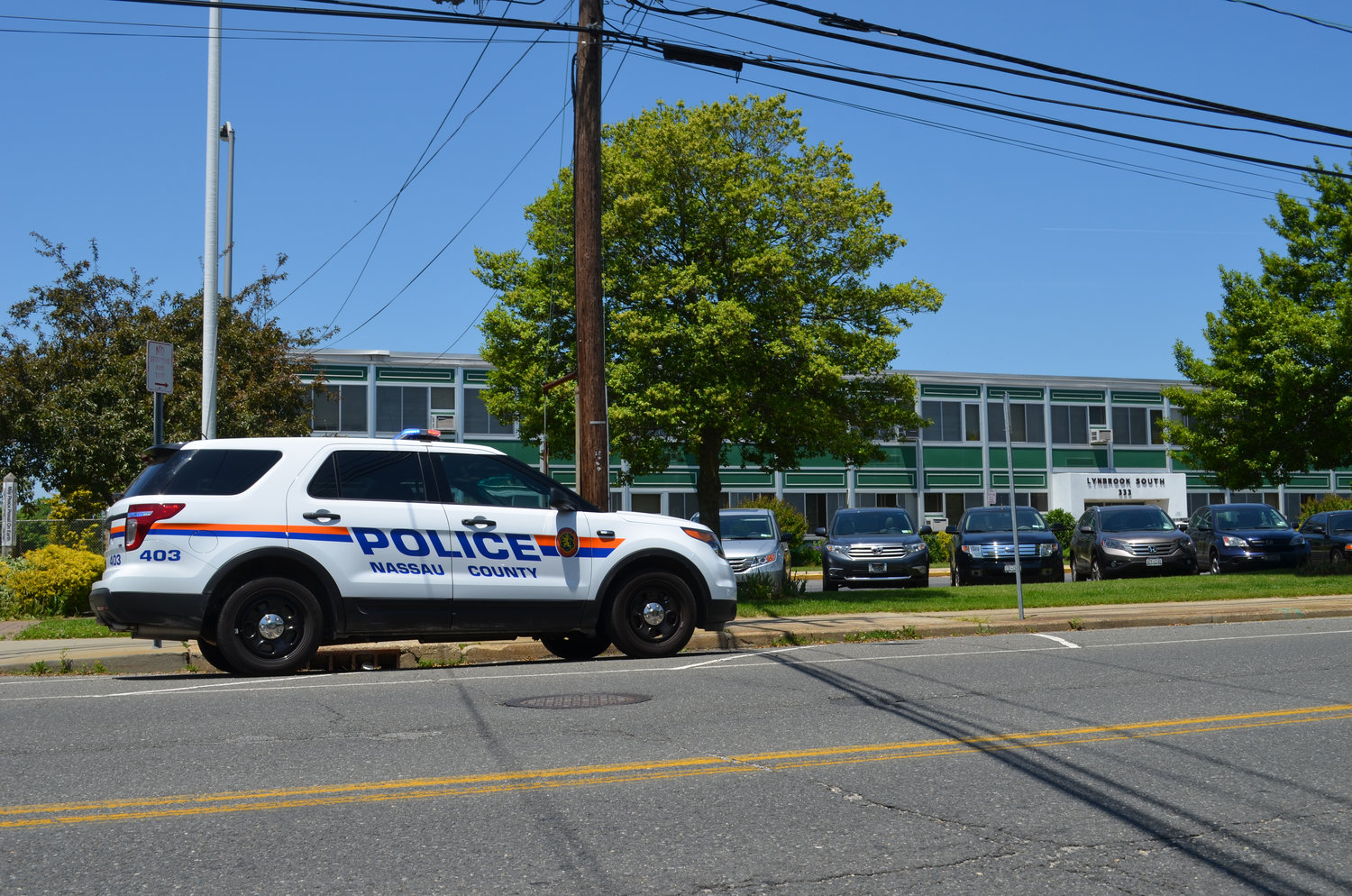 According to a news release from the Nassau County Police Department, the Fourth Squad was investigating a bias incident at the Union Avenue school in which at least four swastikas, along with racial slurs, were carved into a tree. The incident took place on Nov. 3, at 12:30 p.m.

No arrests had been made as the Herald went to press on Tuesday.

Lynbrook Mayor Alan Beach said he was saddened to hear about the incident, and added that he was working with the Lynbrook Police Department to find the person responsible for the carvings.

“Hate has no place in our community and hateful acts will absolutely not be tolerated in Lynbrook,” Beach said in a Facebook post. “I will be speaking with Lynbrook PD today and monitoring any developments.”

Other community members said they felt sickened by the incident. Denise Weiner, a member of the Lynbrook Community and Business Facebook group, posted, “We can’t tolerate this hate in our town.”

Weiner said she planned to enroll her daughter, whom she is raising Jewish, in the middle school. In the same post, she asked, “How am I supposed to explain this to a kid who is just learning what it means to be Jewish herself?”

Weiner said she believes now is the time to implement an anti-racism curriculum districtwide. “The town needs to band together to show that this isn’t what Lynbrook stands for,” she said.

Other residents, like Alura Alvarez, said they agreed that incidents like these are awful, but Alvarez added that she is optimistic that this one will be taken care of.

“I know the school is taking it seriously and Principal Mrs. GaNun is very proactive when it comes to unity and/or bullying, etc.,” Alvarez posted.

Stephanie Brizard, another member of the Lynbrook Community and Business Facebook group, said she thought more needed to be done by the school district. “One Unity Day and an occasional discussion on things a few times a year on the heels of a particular holiday or class subject for a brief time is not enough,” Brizard said.

Lynbrook Public Schools recently held a Unity Day, when the community stood together against bullying. Classrooms in the middle school were decorated for a competition that promoted teamwork and Unity Day messages. Residents like Brizard said they believe more events like this are needed to halt racist and antisemitic incidents.

Rena Riback, co-administrator of the Anti-Racism Project in Rockville Centre, said that the organization got its start after a similar incident occurred in 2016, when swastikas were also carved into a tree.

“We have to educate people,” Riback said. “This is the only way we can combat racism and antisemitism.”

Riback said that incidents like these aren’t new to southern Long Island, and that residents of Wantagh and Rockville Centre have experienced antisemitism in different forms in recent years. For instance, Max Williams stumbled on a swastika at Forest City Pond Park in Wantagh this summer.

“I had family killed in the Holocaust,” Williams said. “It’s really sad and unsettling that we are still dealing with so much hate today.”

Graffiti isn’t the only form of antisemitism that has been reported. In July, antisemitic flyers were left at dozens of homes in Rockville Centre. They alleged there is a conspiracy involving the Jewish members of President Biden’s administration.

The neo-Nazi group the Goyim Defense League was behind the allegations, according to the Nassau County Legislature.