Stacker compiled this list of 25 child actors who quit show business, pulling from historical news coverage to include everyone from Mary-Kate and Ashley Olsen to Carrie Henn, who played the little girl in "Aliens." 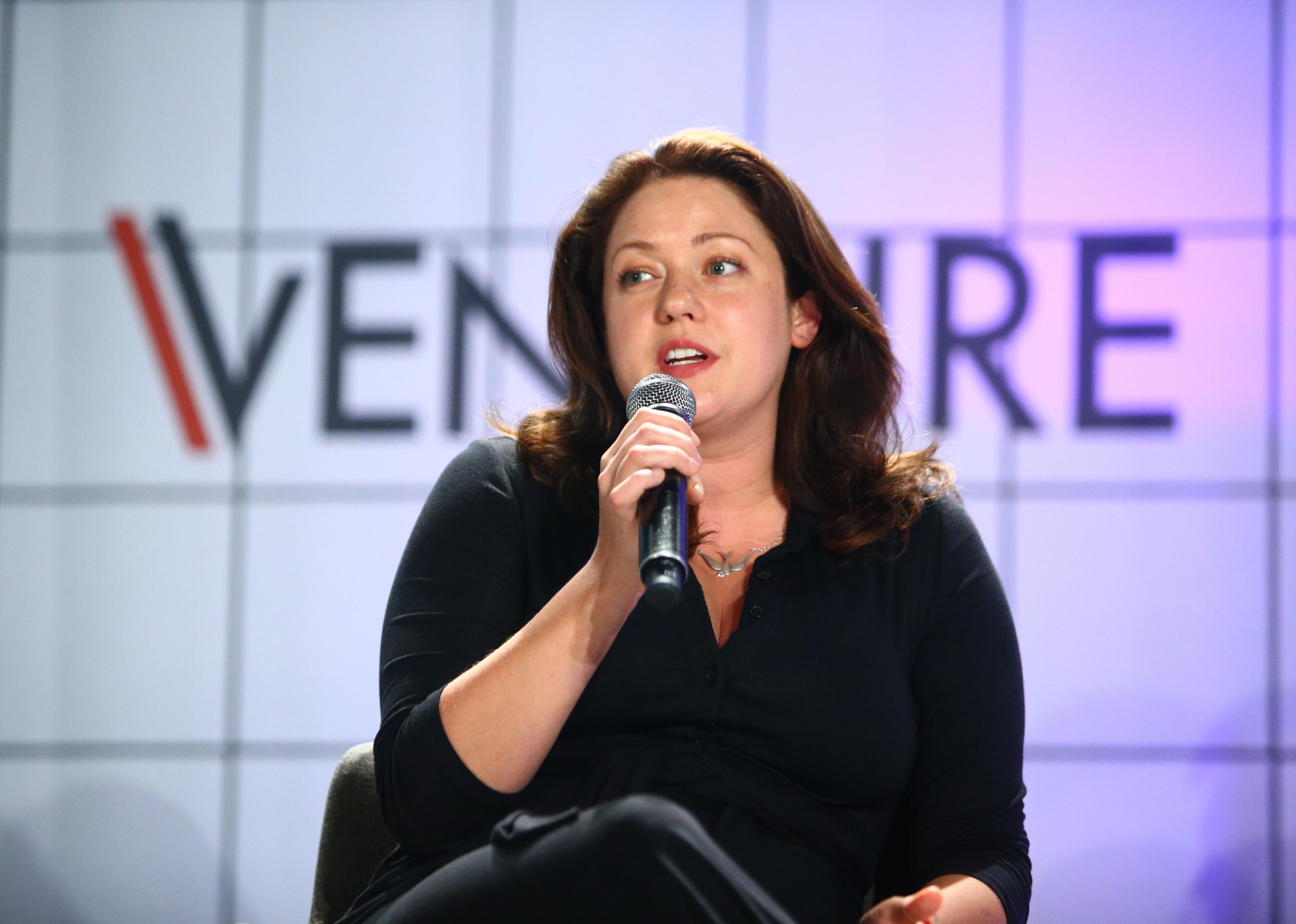 Being a child star sounds like a kind of purgatory: Sure, you get fame, fortune, and don't have to go to school, but you also grow up fast, are at risk of being taken advantage of financially, and lose out on many aspects of a "normal" childhood. Nevertheless, child stars are a part of our collective consciousness. We watch them grow up as we grow up. A kind of transference exists; we want to see them grow up and thrive, whatever that looks like. For some child stars, it means blossoming their careers into full-fledged adult roles. But for many a child star, that means quitting the entertainment industry entirely.

Stacker compiled this list of 25 child actors who quit show business, pulling from historical news coverage. The list includes diverse actors from various genres and eras and excludes actors who continue to take gigs, even if acting is not their primary job.

You may also like: Bette Davis: The life story you may not know 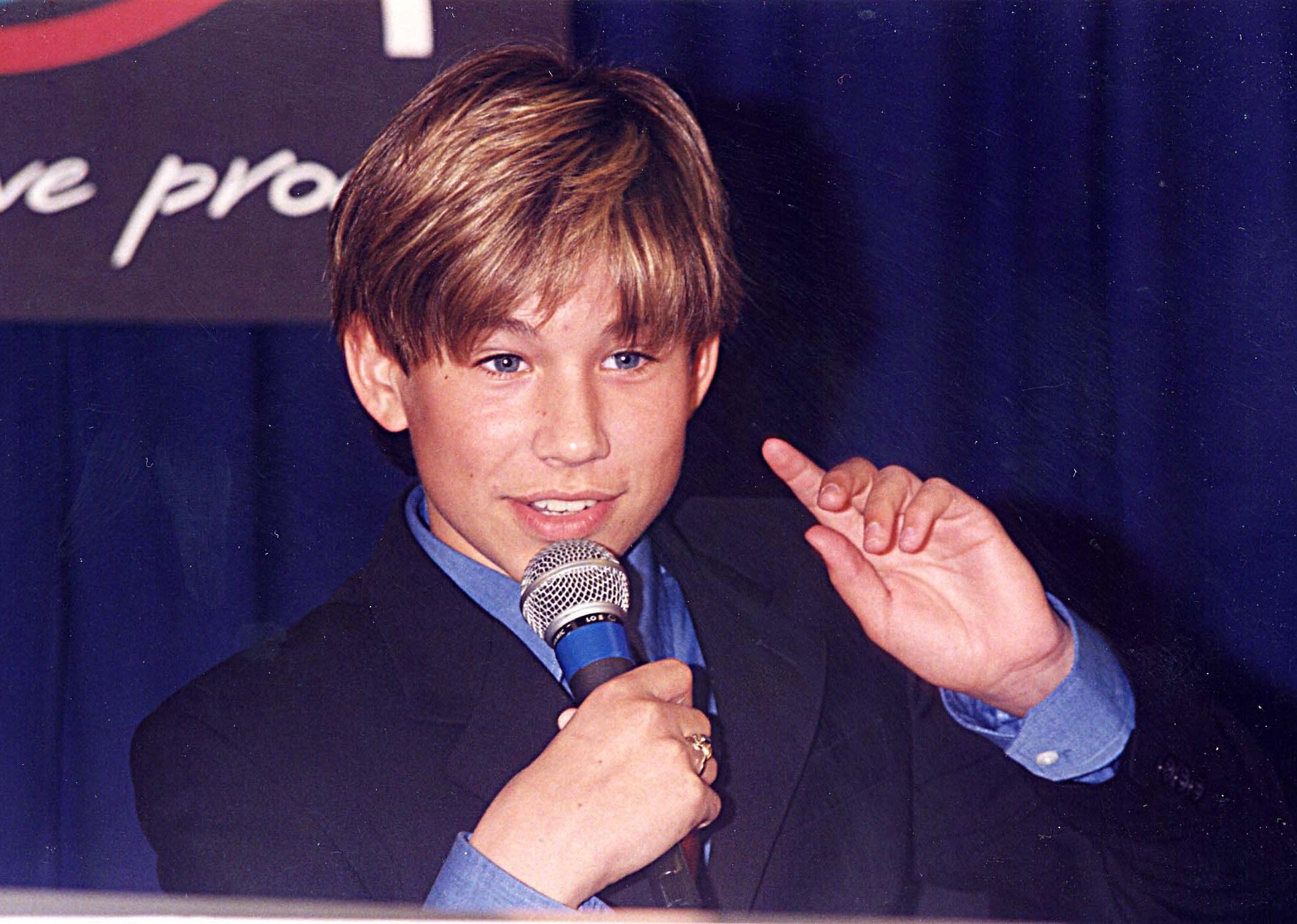 Jonathan Taylor Thomas is most famous for his role as youngster Randy Taylor in "Home Improvement," but his work is perhaps most widely experienced through his stellar voice-acting role as Simba in "The Lion King." He stopped acting to focus on his education, eventually getting into producing, most recently signing on to executive produce a series adaptation of David Henry Sterry's memoir "Master of Ceremonies: A True Story of Love, Murder, Roller Skates and Chippendales." 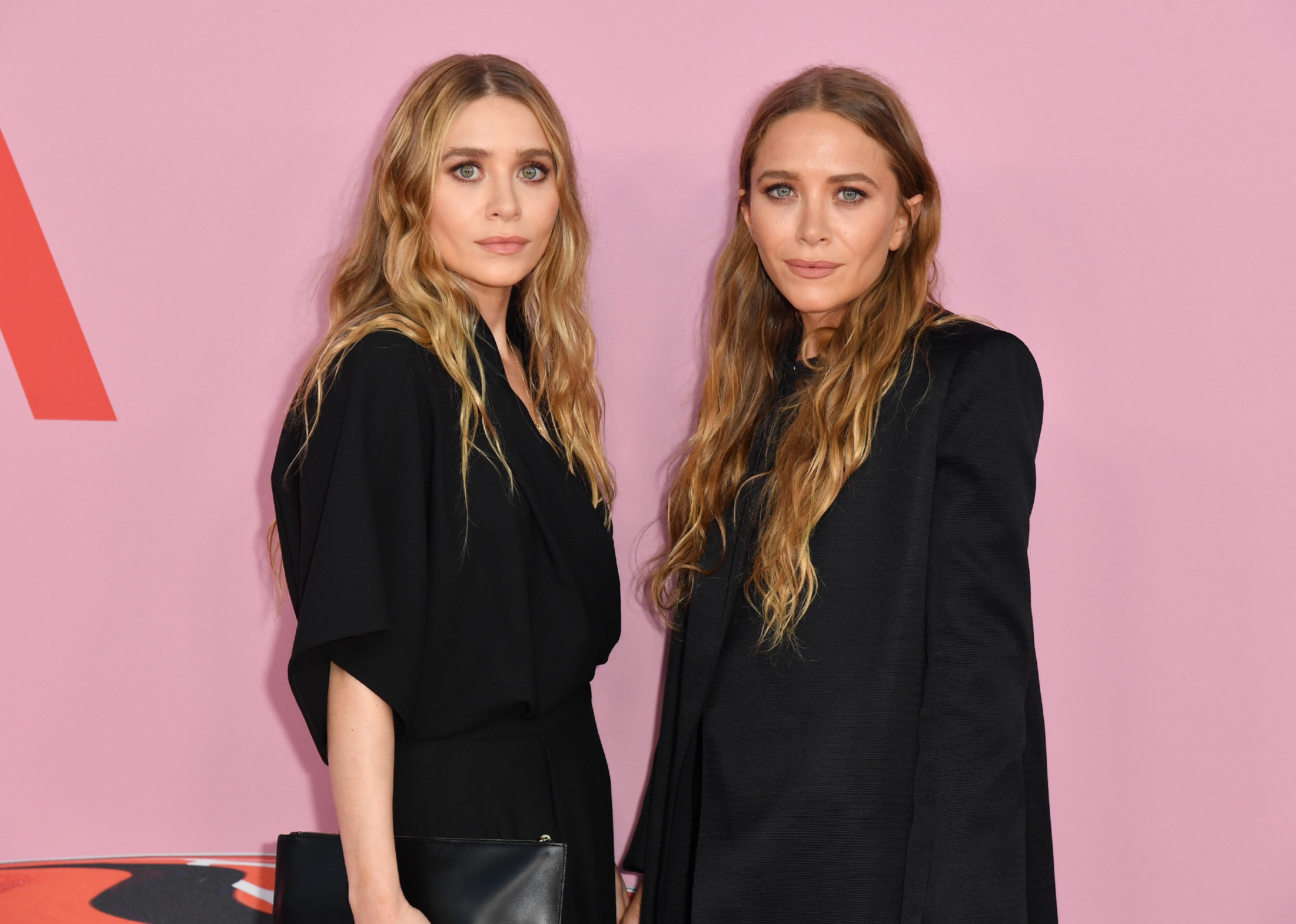 Mary-Kate and Ashley Olsen weren't just child stars best known for their role as Michelle Tanner in "Full House," which they were cast in as small children, but for a slew of Mary-Kate and Ashley films, which took them to destinations like New York, London, and the Bahamas. Eventually, they lost their passion for acting and became fashion designer icons of a generation, solidifying and creating America's cultural fascination with twindom and understated glamour in the Y2K era. 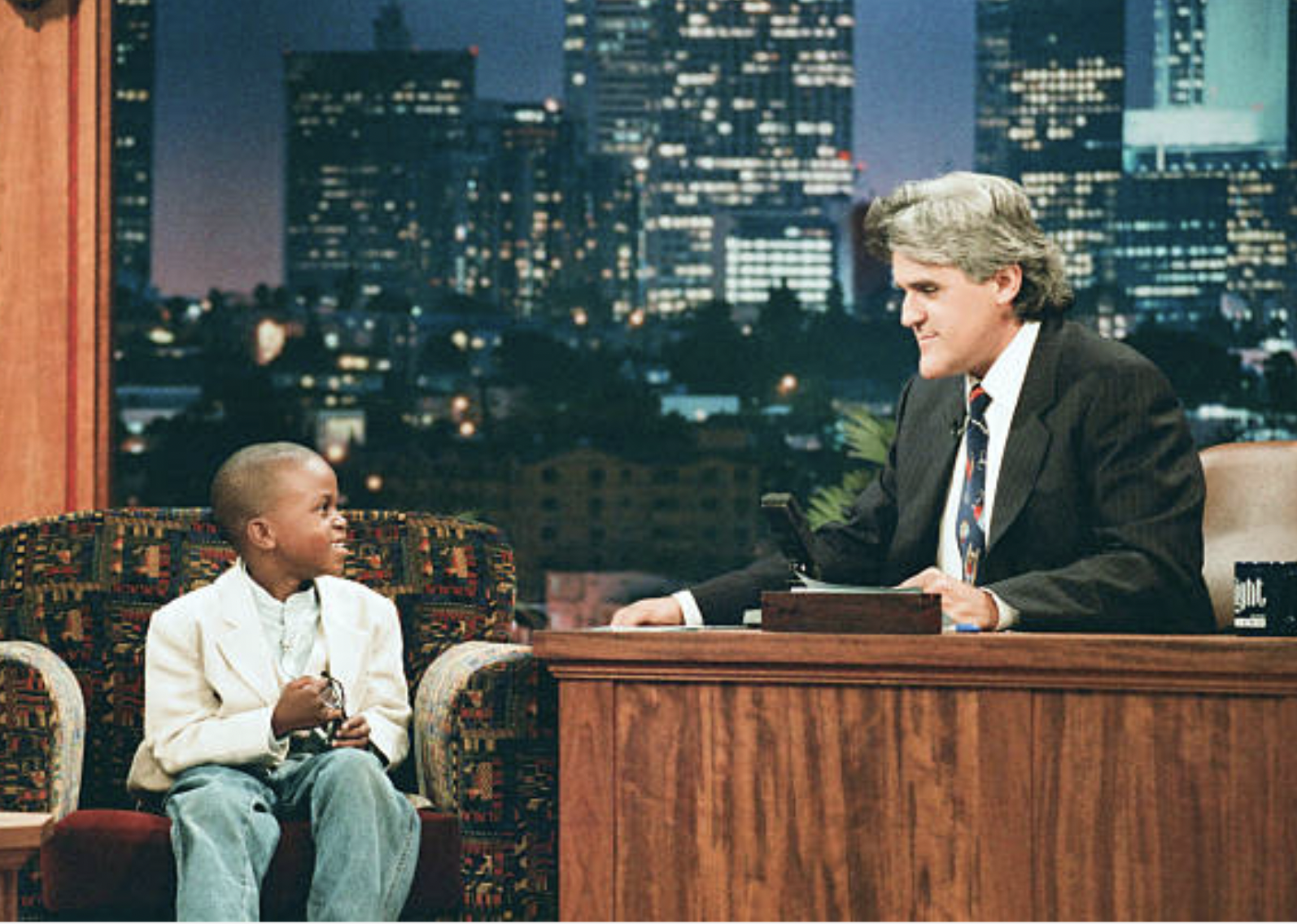 Ross Bagley made his breakout role in "The Little Rascals" as the adorable Buckwheat. (You might remember his celebratory tune: "We got a dollar, we got a dollar, we got a dollar/ Hey, hey, hey, hey!") But his most recognizable role remains Nicky on "The Fresh Prince of Bel-Air." He left acting to attend California State University, Northridge, where he studied cinema and television arts. "I wanted to live a more normal type of life," he said in an interview with Hip Hop Uncensored. "At the height of 'Fresh Prince,' I would be getting chased out of malls." He now works as a real estate agent and recruiter. 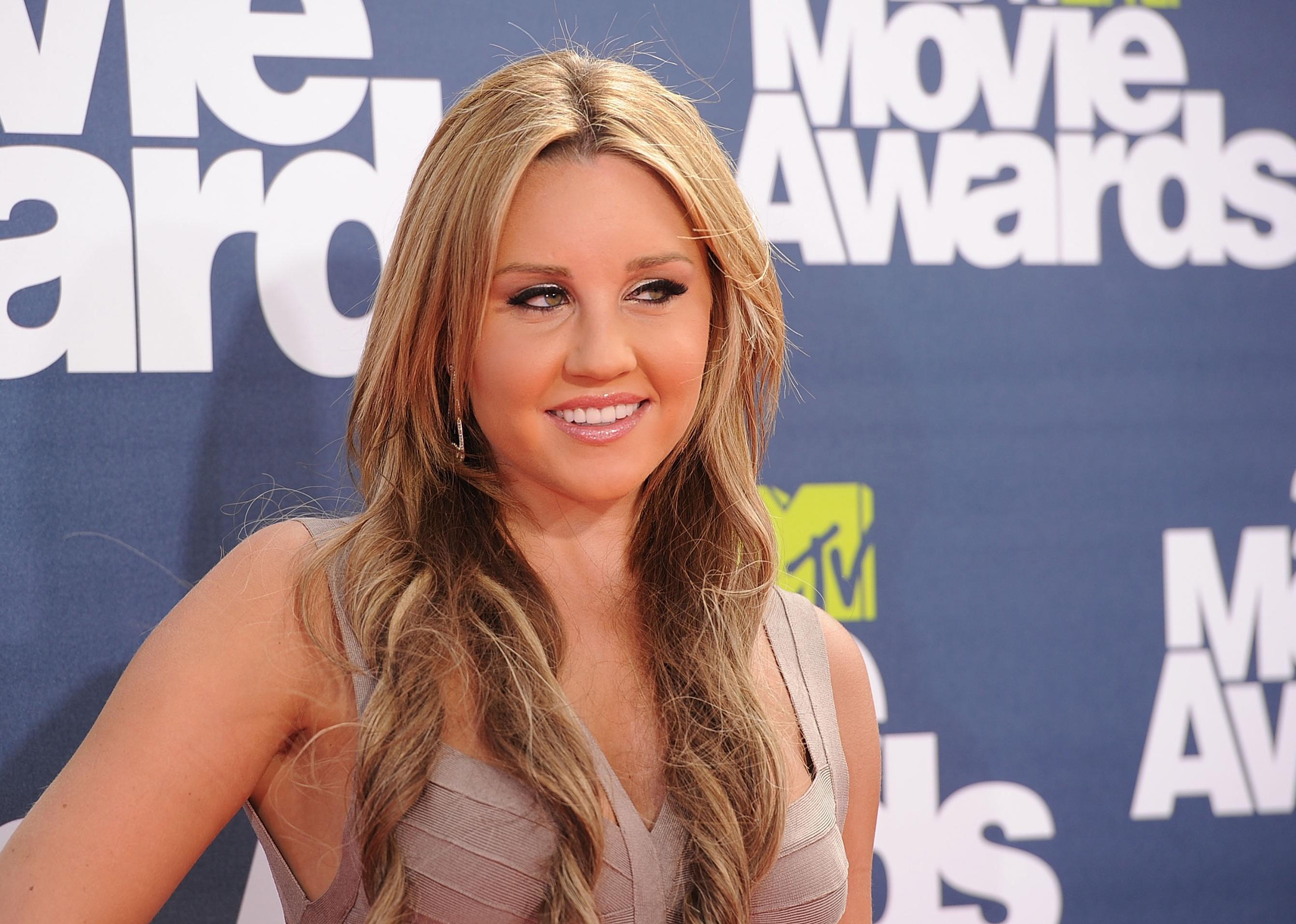 Amanda Bynes was a comedy prodigy. She carried the self-titled "Amanda Show" at the age of 13, playing a slew of absurd, quotable sketch comedy characters, and starred in films like "She's The Man," "Easy A" and "What A Girl Wants." She announced her retirement from show business in 2010, writing on Twitter: "Being an actress isn't as fun as it may seem…If I don't love something anymore, I stop doing it. I don't love acting anymore, so I've stopped doing it. I know 24 is a young age to retire, but you heard it here first." In 2022, she announced on Instagram that she was pursuing a career in cosmetology, dabbling in music, and working on a fragrance. 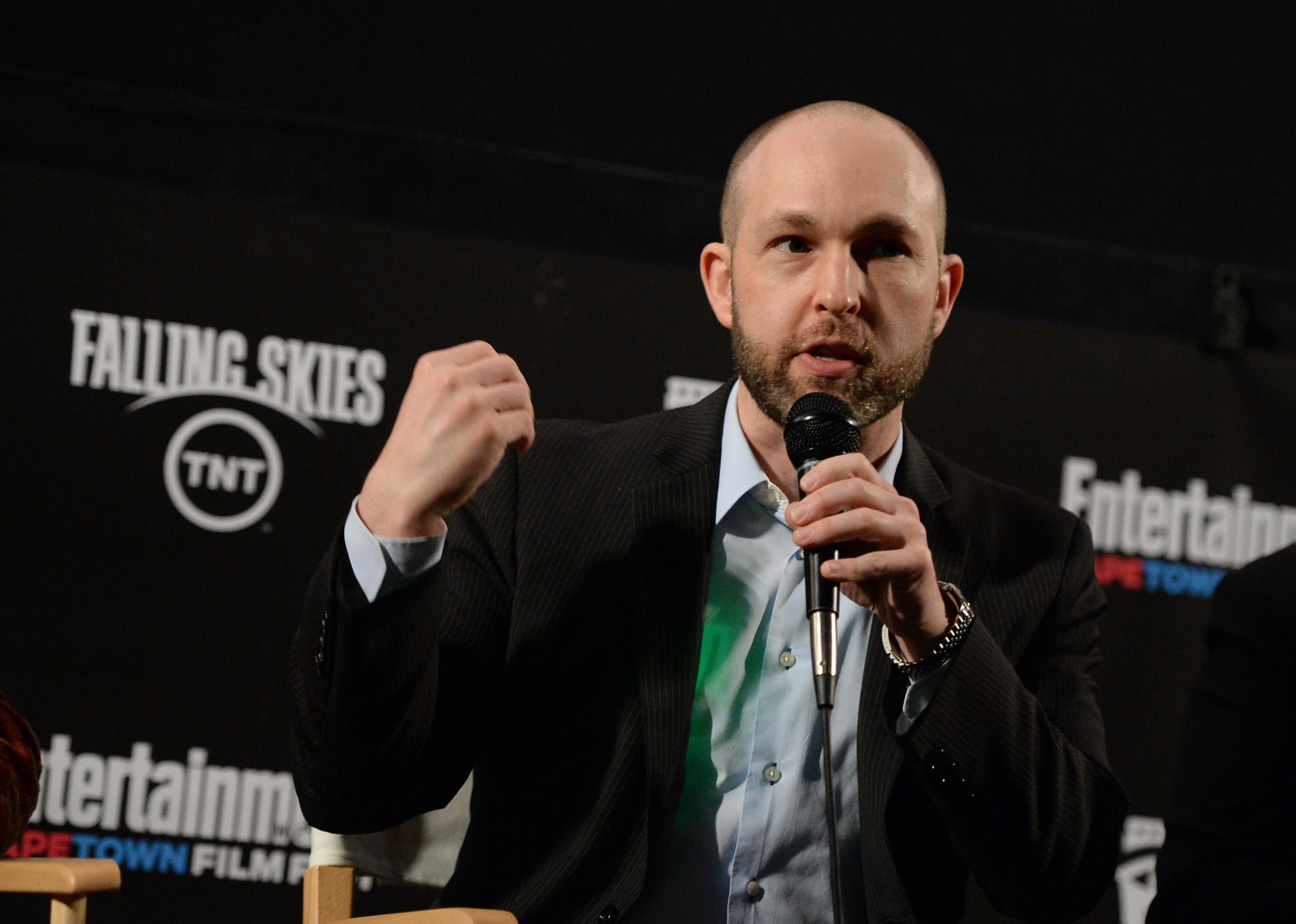 There's nobody more memorable from "The Goonies" than Chunk, the lovable scamp known for jiggling his tummy. But Jeff Cohen, who played Chunk, couldn't book acting gigs outside his chubby kid persona. Cohen told The Sun that he had trouble booking roles after Chunk because, as he got older, he "lost his chubby kid essence," he said. Now, he's a lawyer.

You may also like: Highest-grossing actors under the age of 30 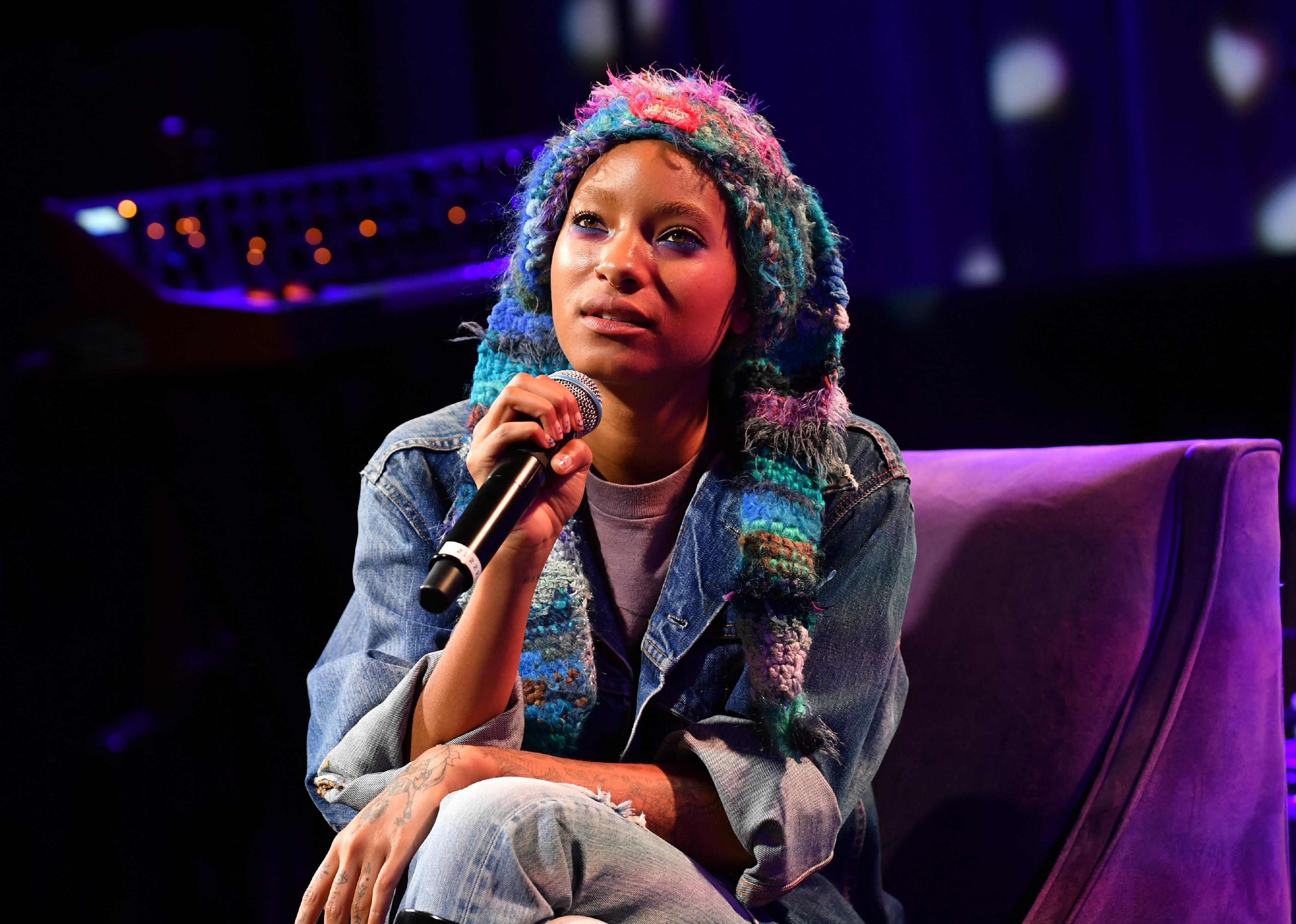 Whether or not she's an actor, Willow Smith will always be a part of Hollywood. She's silver screen royalty and confirmed as much in her role as Marley Neville opposite her real-life dad, Will Smith, when she was just 6 years old. She quit acting after her "intuition" told her to drop out of an "Annie" remake, though she is now a successful musician best known for the hit "Whip My Hair." 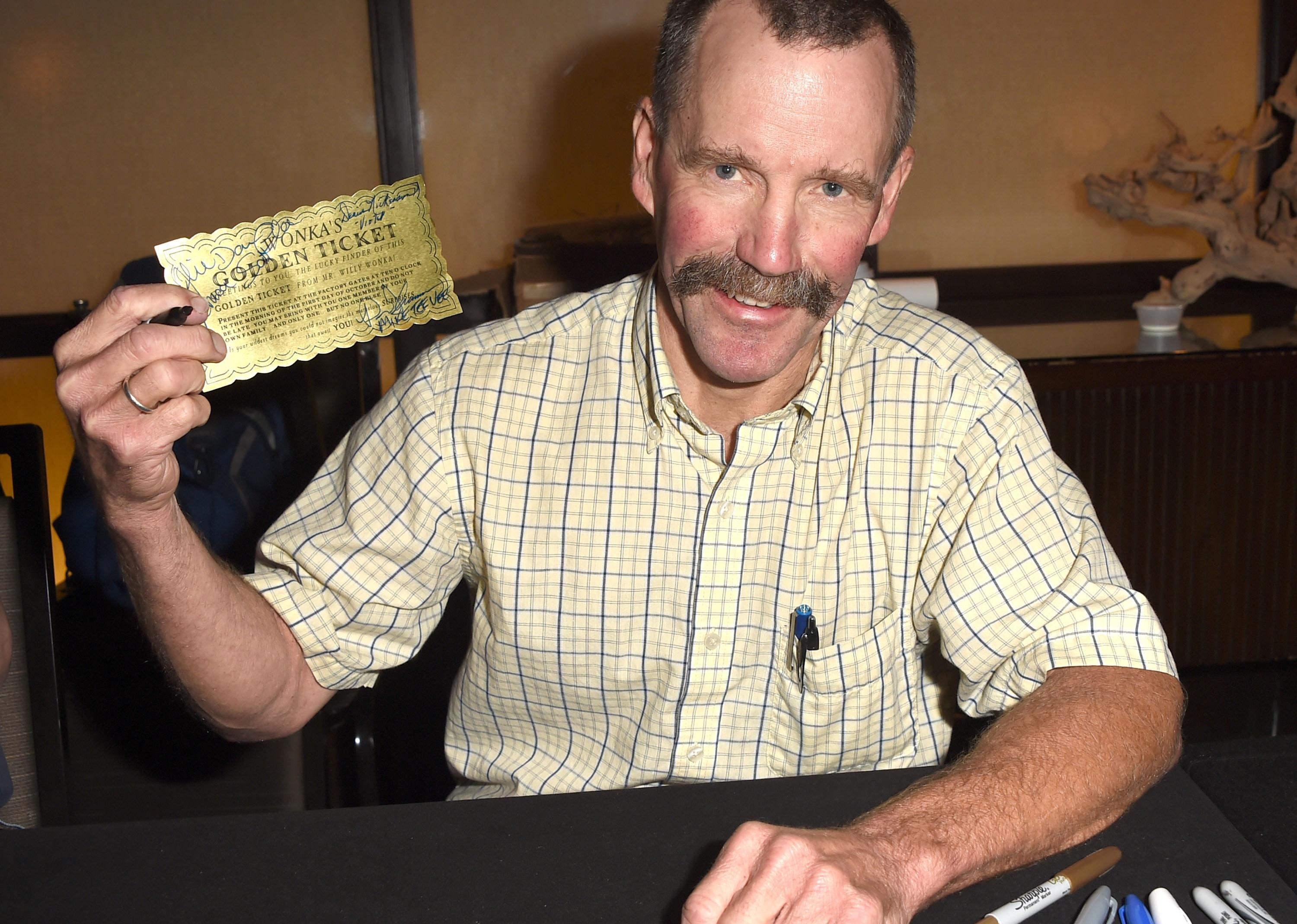 Peter Ostrum got to live every kid's fantasy in his role as Charlie Bucket: running amok in a chocolate factory you then inherit. But after he did the film, he opted not to sign a three-movie contract. Around this time, he purchased a horse with his earnings. This inspired a lifelong love of large animals, eventually leading him to become a large animal veterinarian. 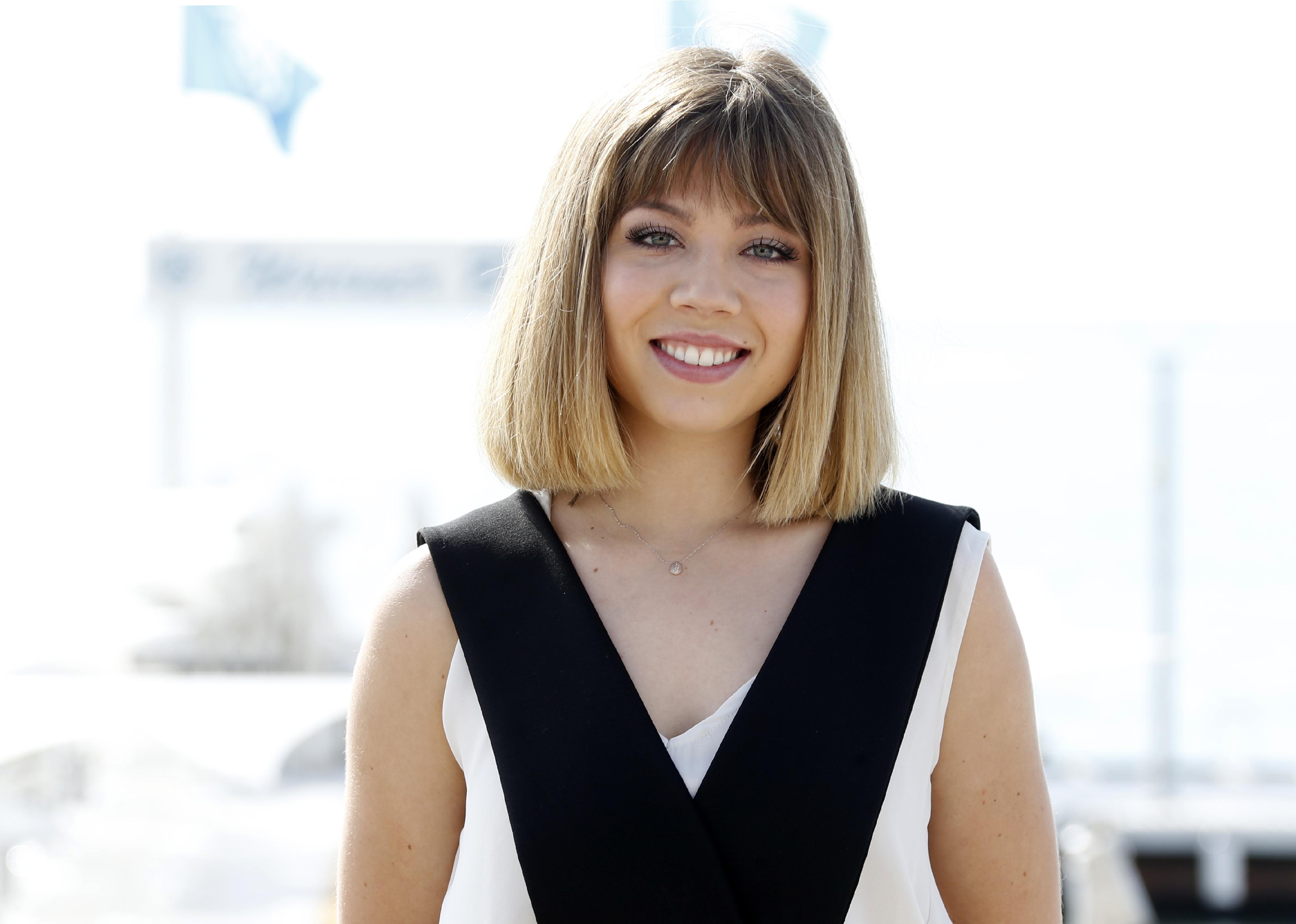 Jennette McCurdy was always scene-stealing in her role as spunky sidekick Sam Puckett in "iCarly"—but the greatest success she's achieved came after years of being a child actor, an experience she describes as traumatic. Now, she's a director and writer of short films that deal with childhood and family dysfunction in a darkly humorous way. She has also written a bestselling memoir, "I'm Glad My Mom Died," which is a raw, brutal look at her tumultuous path to childhood stardom and abusive relationship with her now-deceased mother. 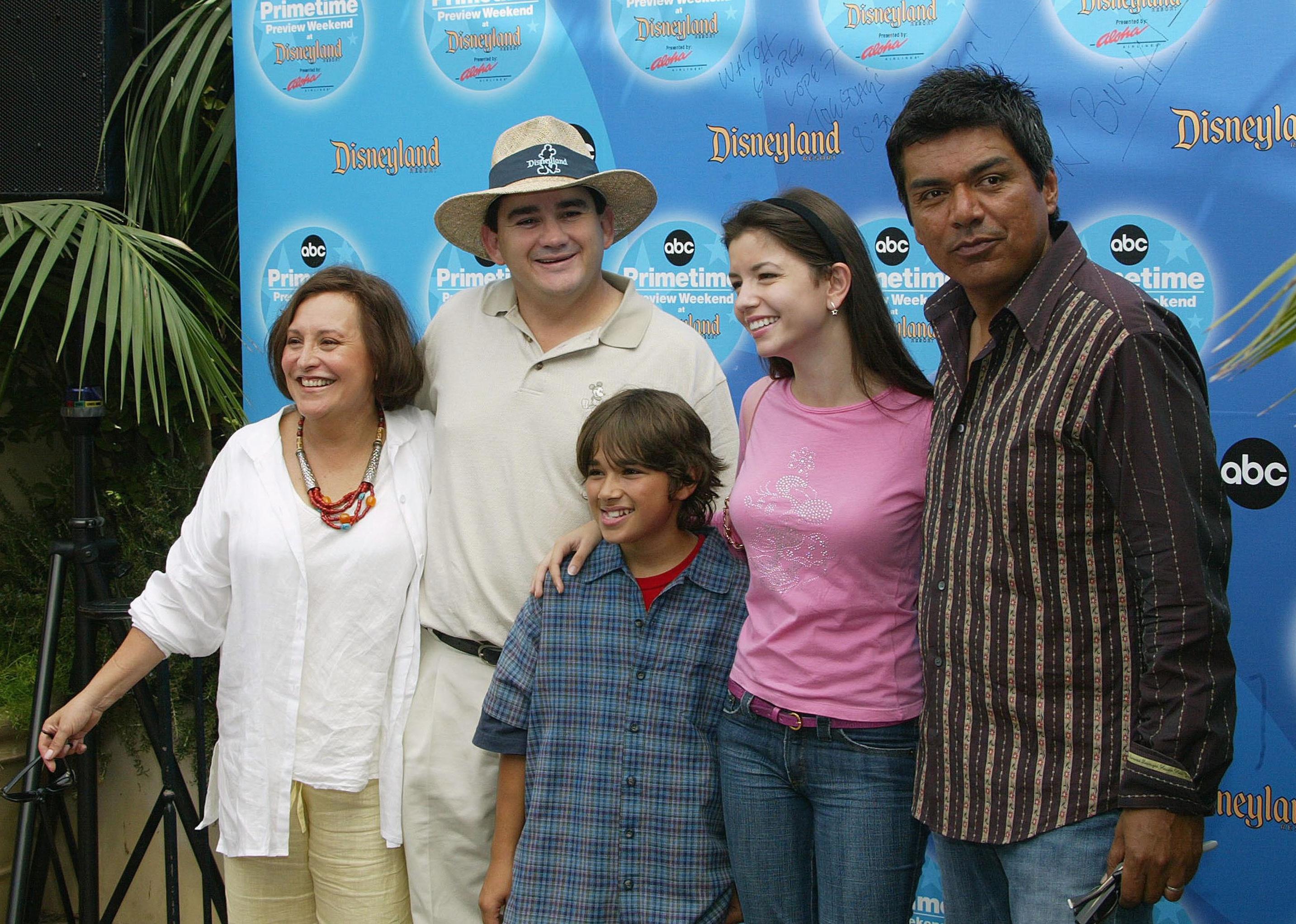 Luis Armand Garcia is best known for his role as Max Lopez in the sitcom "George Lopez." Eventually, he ventured into philanthropy, working with the Make-A-Wish Foundation and later reportedly founded an organization. 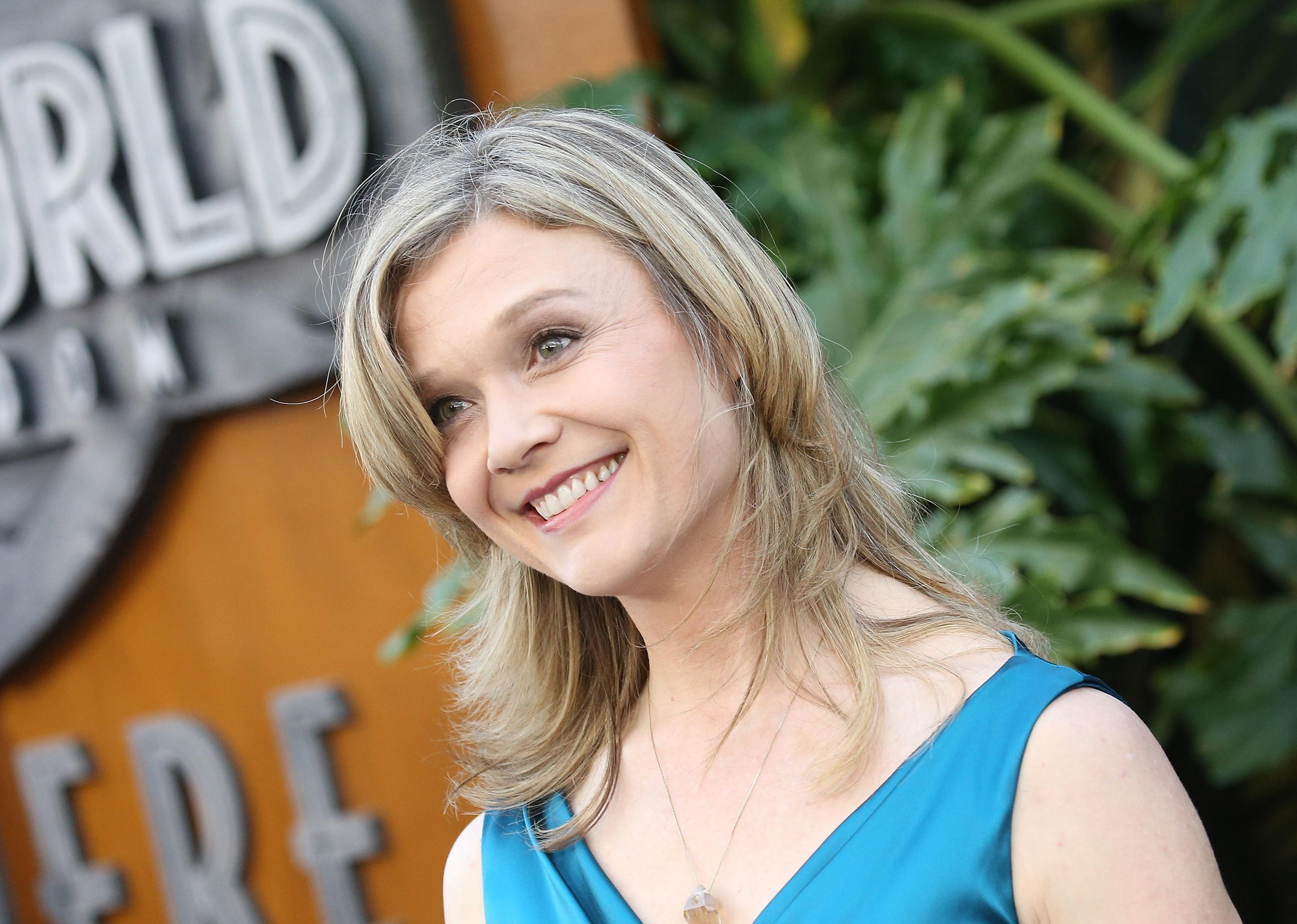 Lex Murphy had a short but fierce acting career, starring as a tech-obsessed teen in "Jurassic Park." In her adult life, she's focused on her painting career, though she attended the premiere of "Jurassic World: Dominion" in 2022, 30 years after appearing in the dinosaur blockbuster.

You may also like: Popular child stars from the year you were born 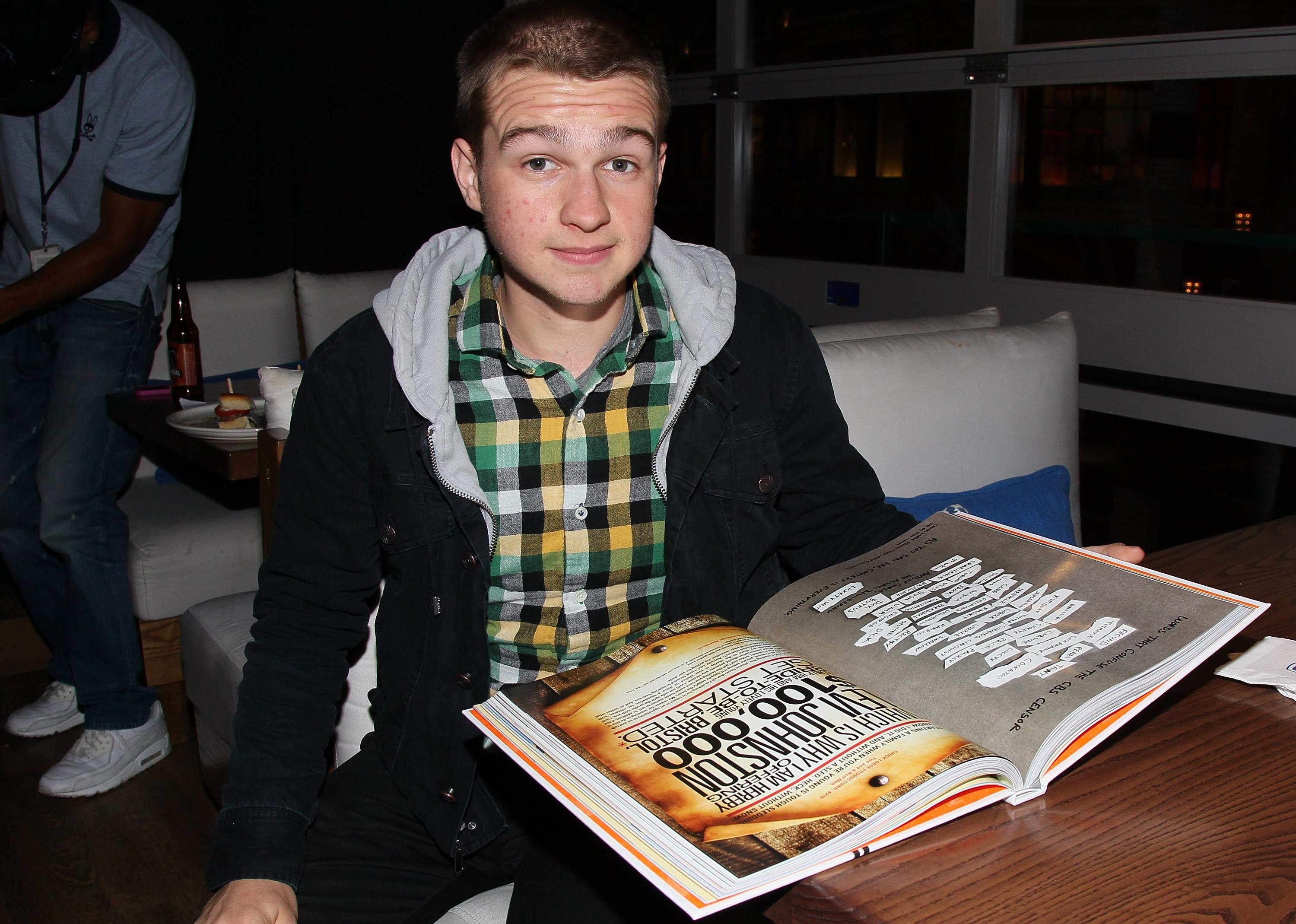 - Major role: Jake Harper in "Two and a Half Men"
- Second act: Businessman

Famously representing the "half" on "Two and a Half Men," Angus T. Jones could hold his own among Charlie Sheen and Jon Cryer—and, in 2010, became the highest-paid child actor of his time. After playing Jake Harper for a decade, he had a religious awakening that inspired him to leave the show. One of the most badass of the "School of Rock" kids, Rivkah Reyes played the stone-faced bass player Katie. Now, they're a filmmaker, theater, and comedy performer in Los Angeles, as well as the host of the podcast "Where Are We Now?" which explores the world of childhood stardom. 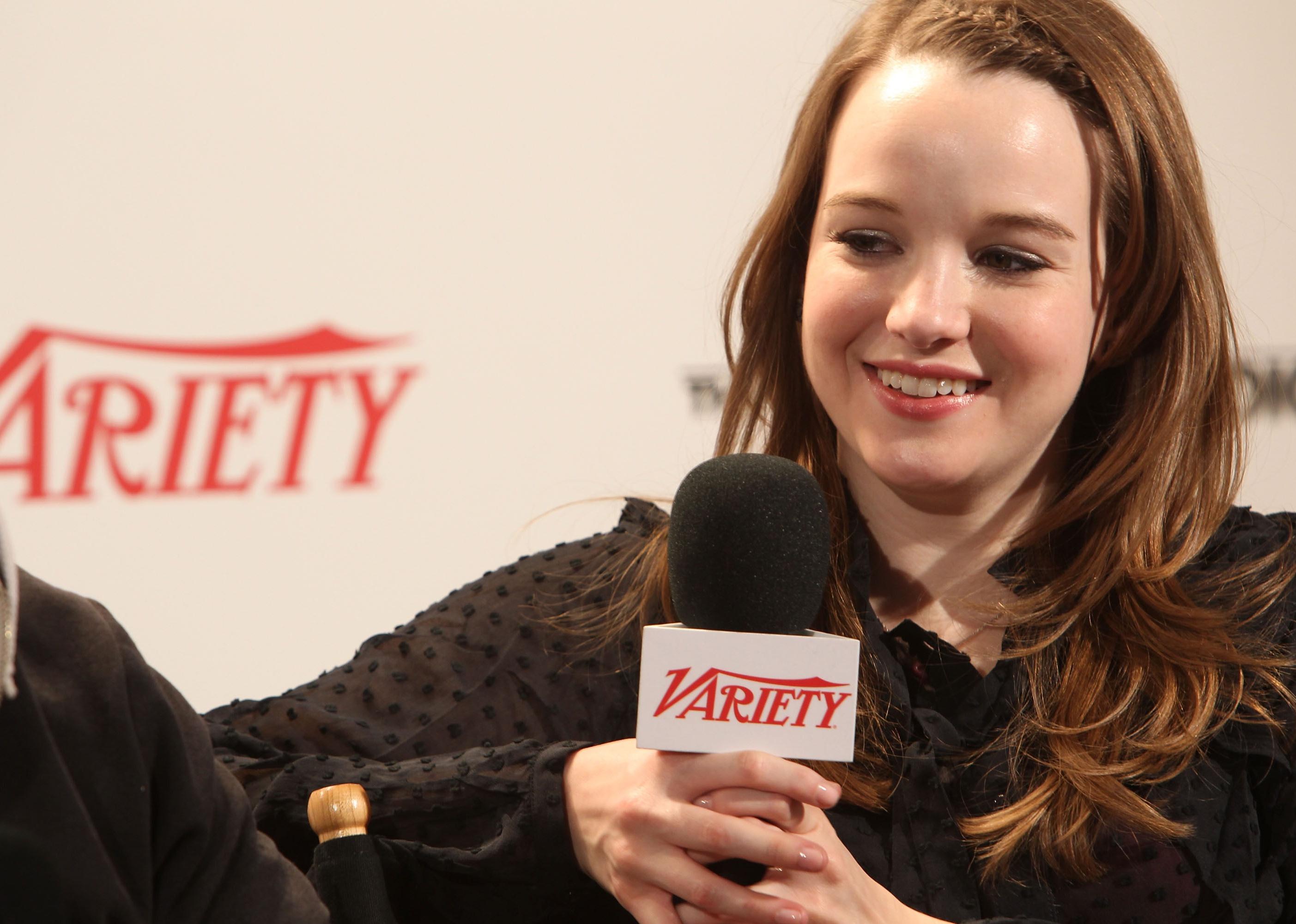 Kay Panabaker was everywhere for a minute in the mid-aughts, most famously playing Jamie Bartlett in "Read It and Weep." When a fan on Twitter asked why she left acting, she responded: "I just lost the love for acting. Life is short, we spend so much time at work, gotta do what you love :) and I love my job!!" The job she speaks of? A zookeeper! 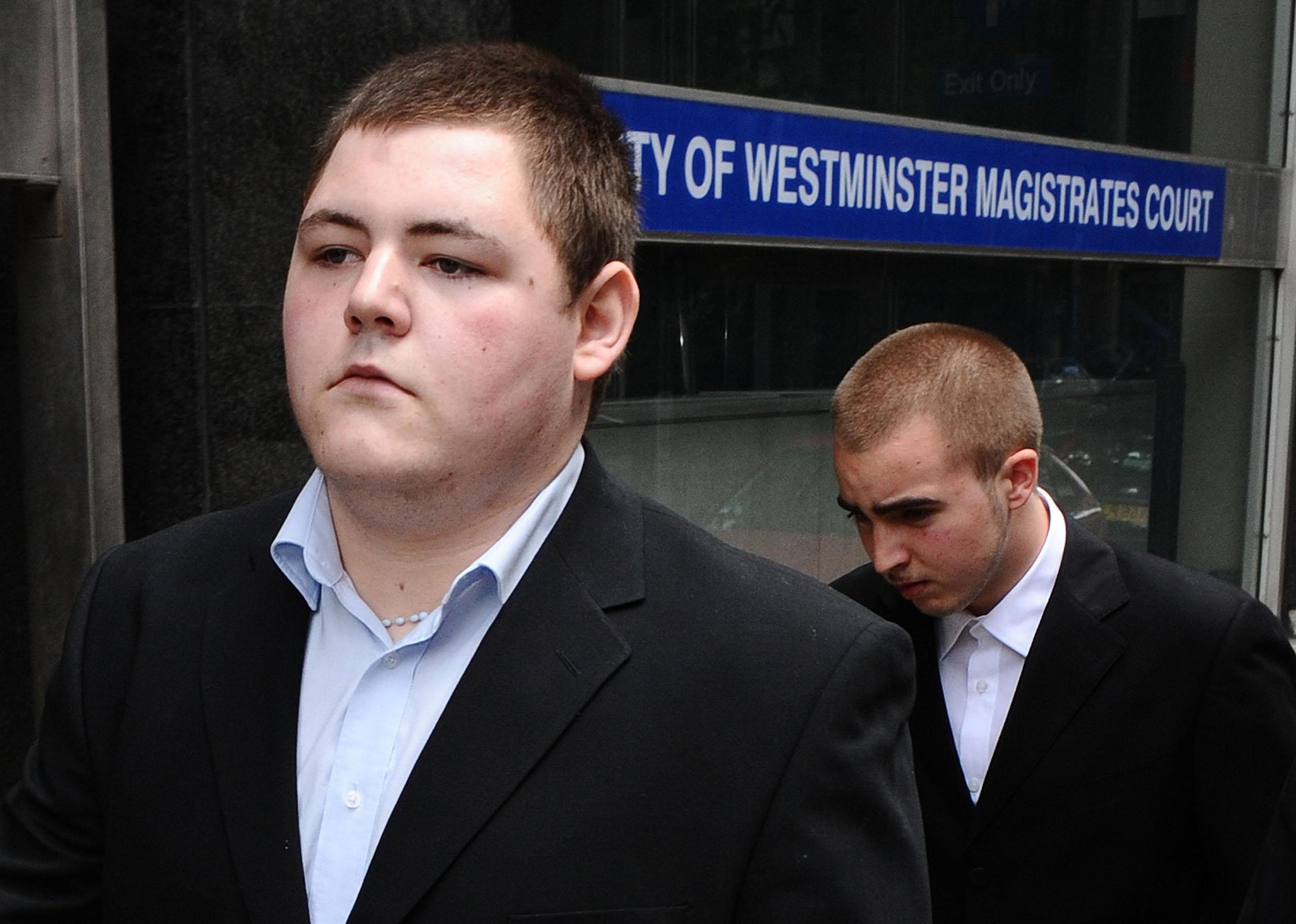 The kids of the "Harry Potter" films, for better or for worse, will never be able to escape their childhood roles entirely; the movies mean too much to people. Unfortunately, Jamie Waylett, who played Crabbe in "Harry Potter," was replaced by another actor after being arrested on drug-related charges. He's had more run-ins with the law since then. Now, he makes a living recording personalized videos on Cameo for "Harry Potter" fans. 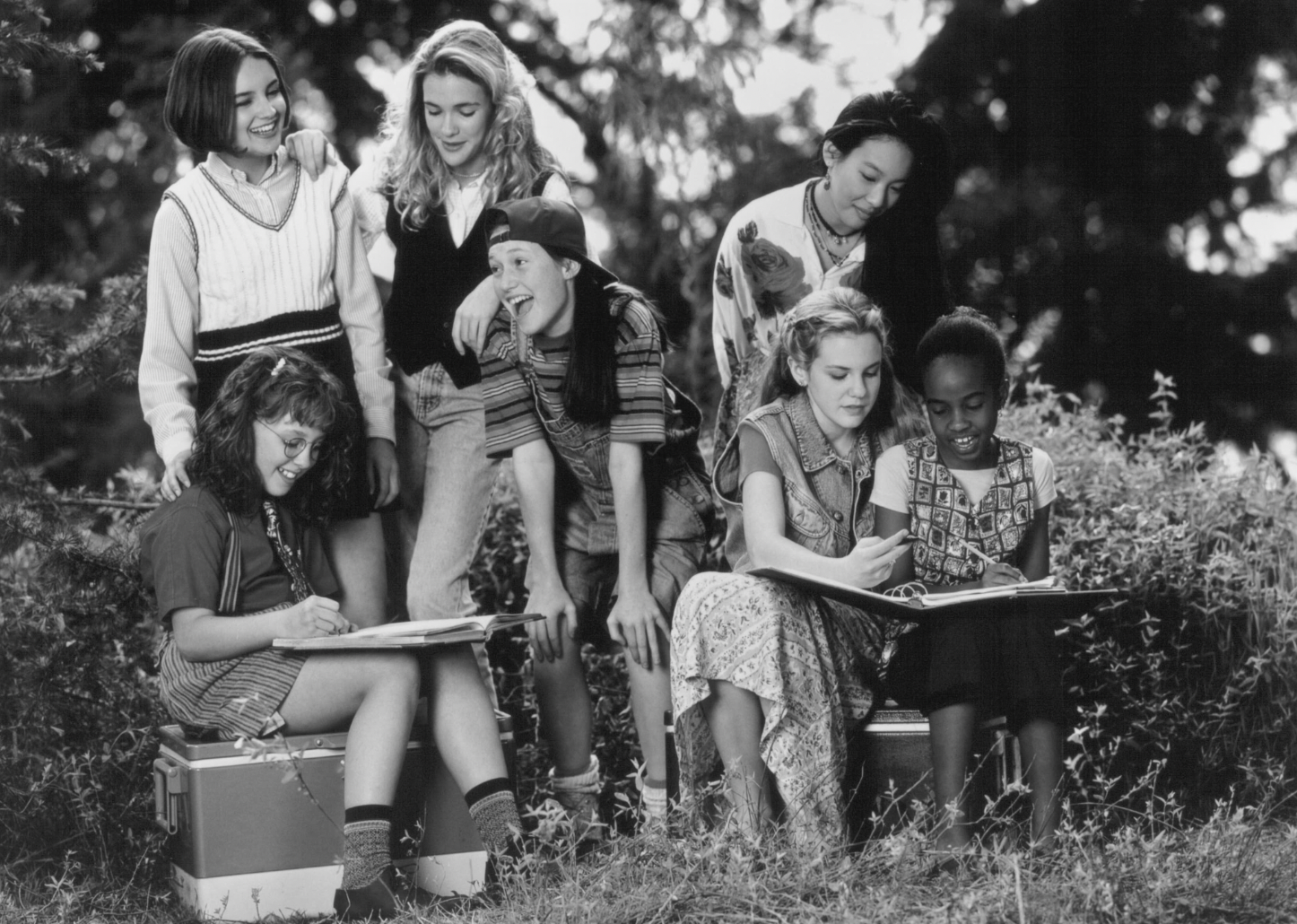 You may also like: 100 actors who served in the military 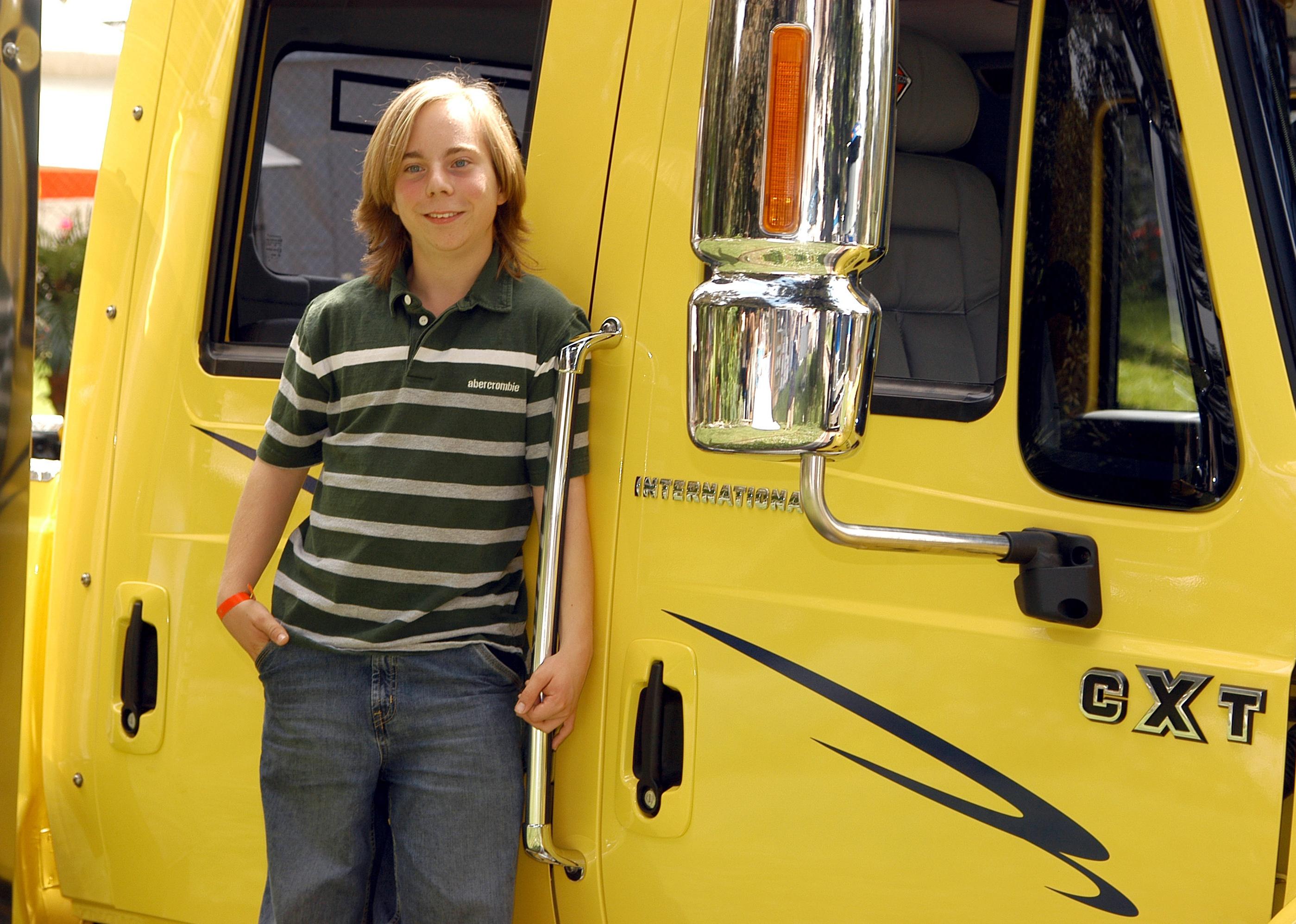 There was no funnier or more memorable character on "Even Stevens" than the prankster Beans, played by Steven Anthony Lawrence. Though Lawrence went on to act in some minor roles in films like "Cheaper by the Dozen," significant hair loss in his teens made it difficult to get cast. Eventually, he left acting and was once spotted working for a mall Santa Claus as an elf; today, he teaches virtual acting lessons. 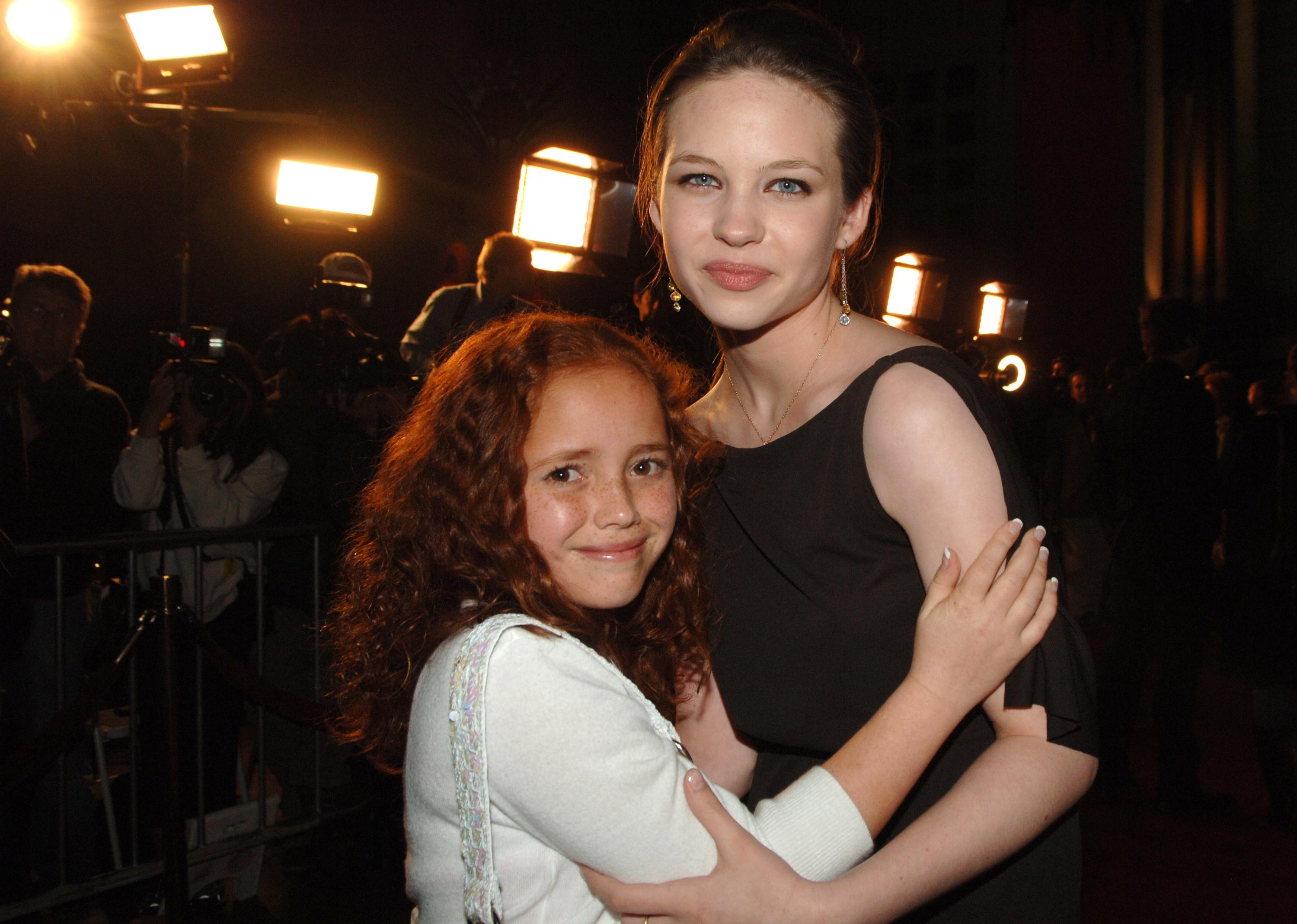 Jolean Wejbe had a short-lived but successful child acting career, most notably for her role as Teenie on HBO's "Big Love," from 2006 to 2009. Afterward, she quit acting and studied computer science at California State University, Northridge. 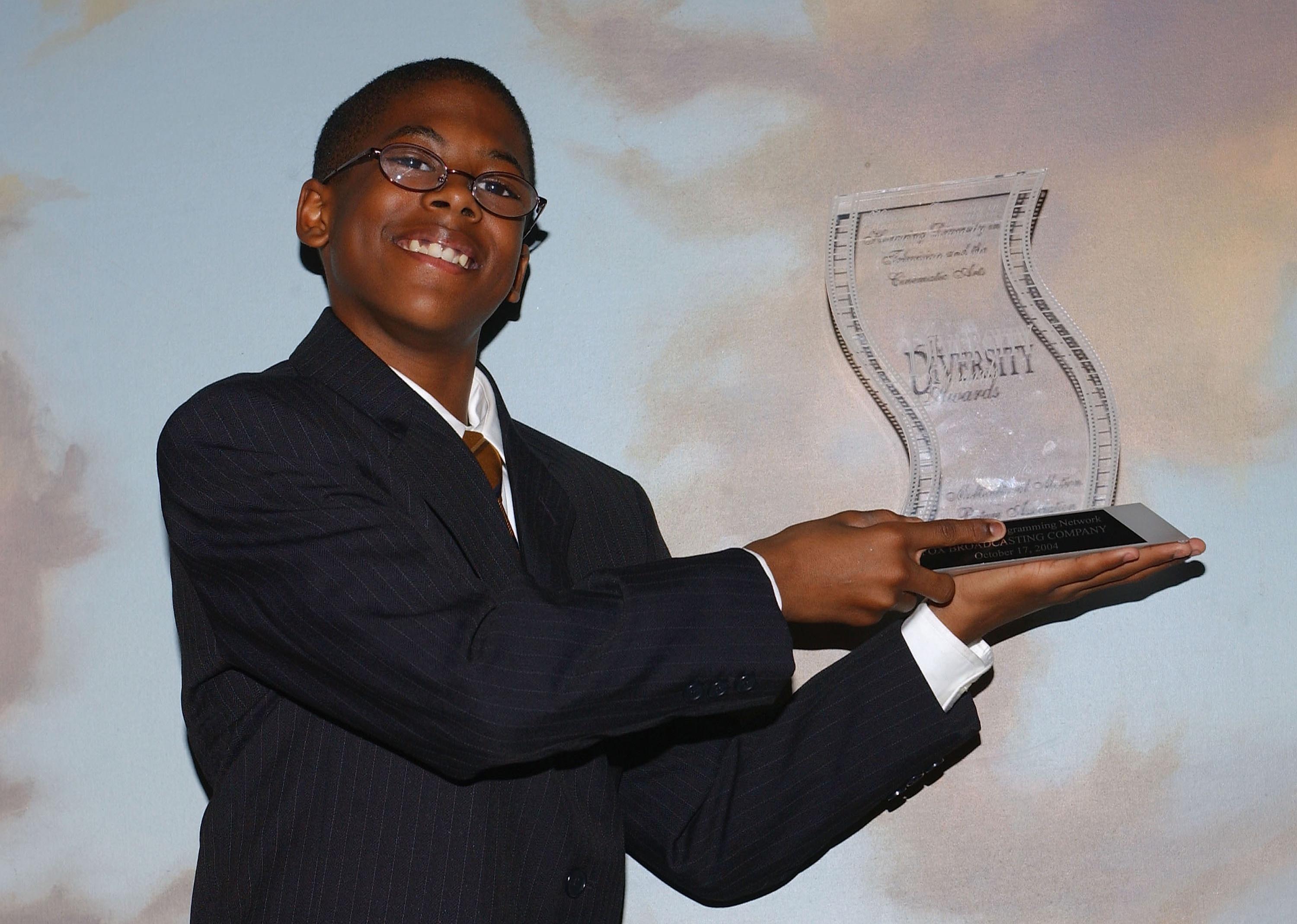 "The Bernie Mac Show" was a cult classic, and Jeremy Suarez was unforgettable as Mac's nephew Jordan Thomkins. Though Suarez went on to do some voice acting following the show's end in "Brother Bear" and "King of the Hill," Thomkins said it was difficult for him to get work because he was in an awkward age bracket where he looked older but studios didn't want to hire underage actors. Carrie Henn rose to fame playing opposite Sigourney Weaver in "Aliens" at age 10. She quit acting immediately following the film so she could have a normal childhood and pursue her lifelong dream of becoming a teacher. She eventually became a fourth-grade teacher but still attends various conventions to talk about "Aliens." 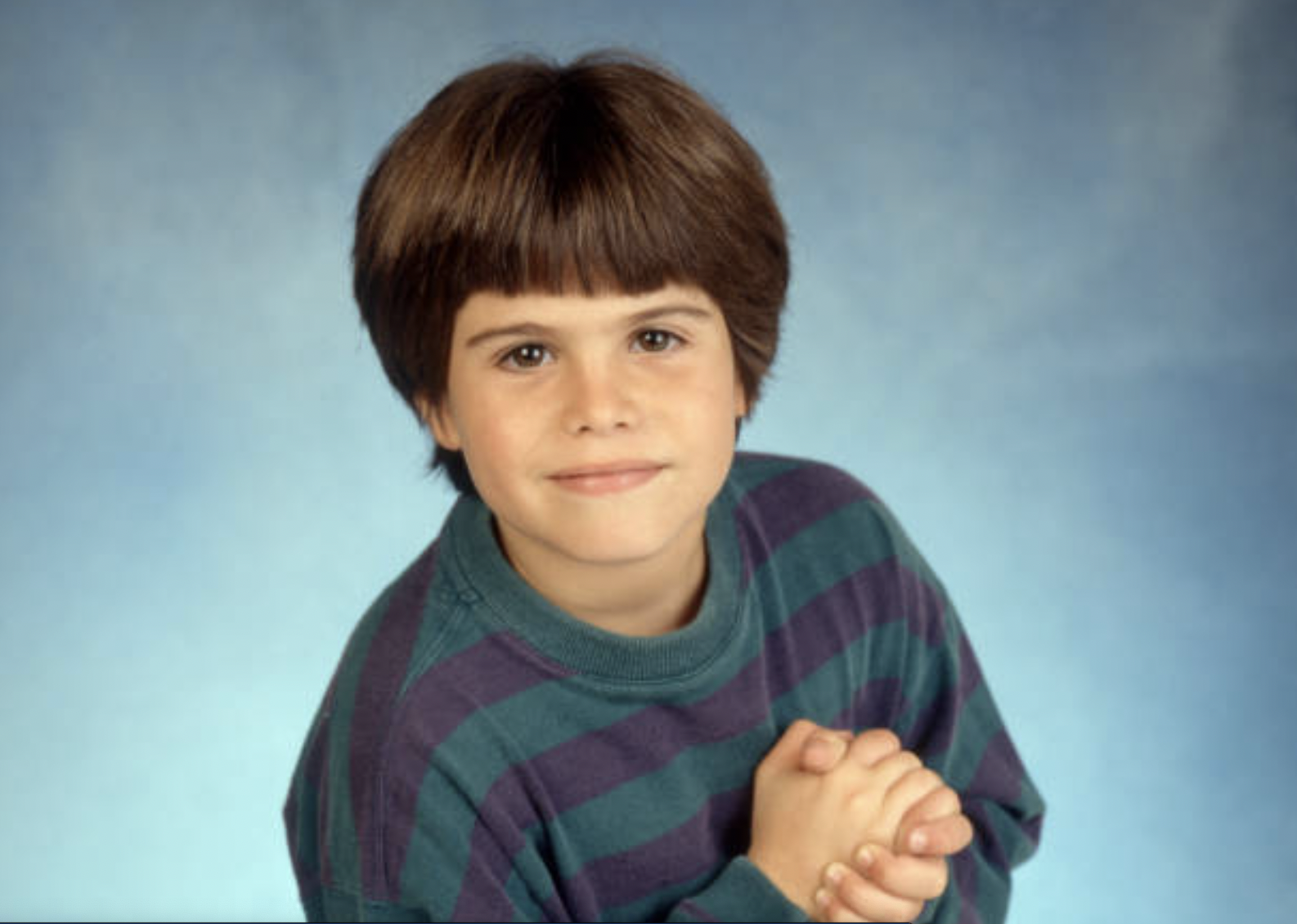 You may also like: The most famous actress born the same year as you 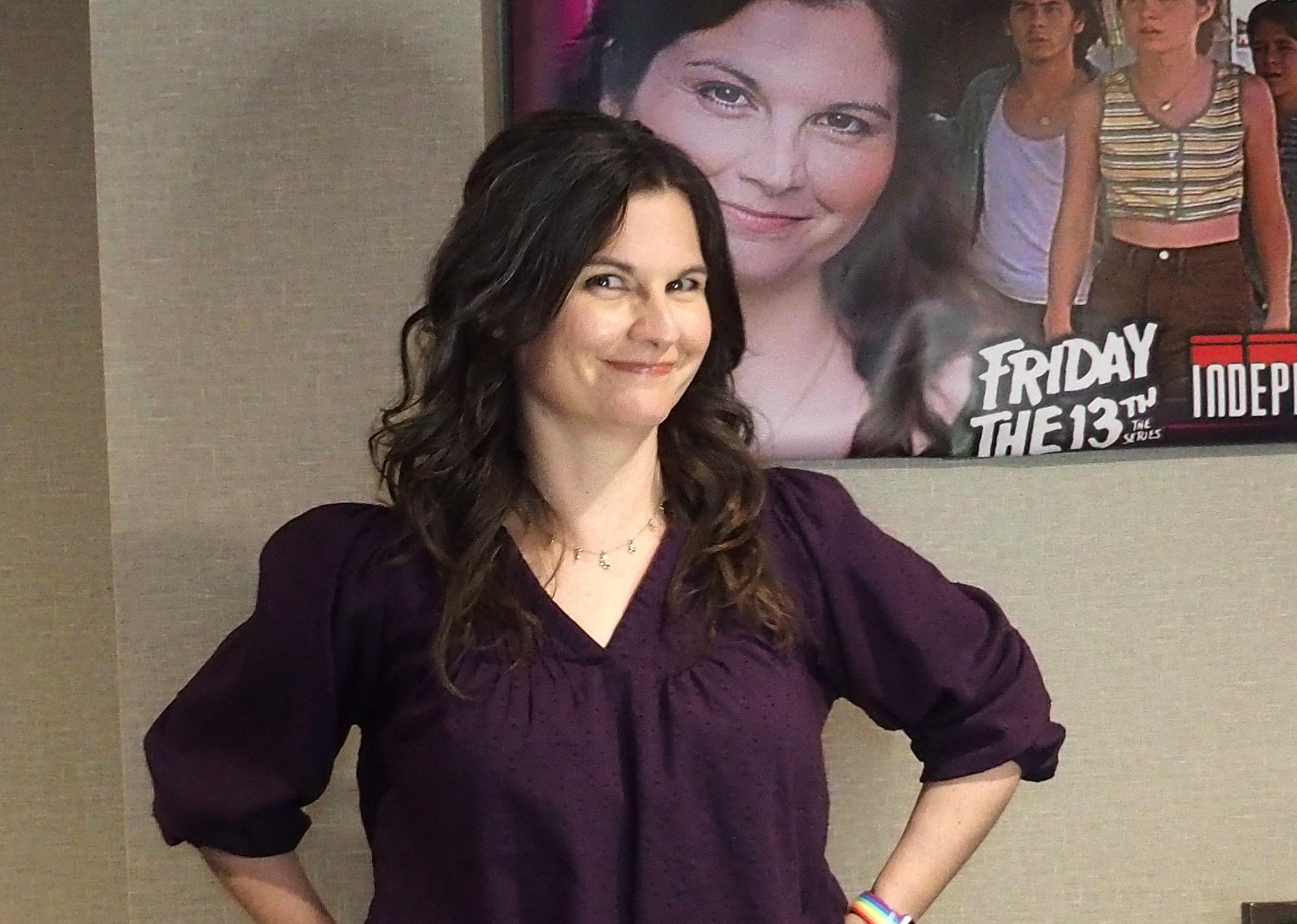 Lydia Hillard was just 14 when she played the eldest daughter in "Mrs. Doubtfire," after which she acted until she was 22, appearing in films such as "Independence Day" before retiring from acting. She has gone on to work for nonprofits, attend college, publish books, and become a yoga teacher and public speaker. 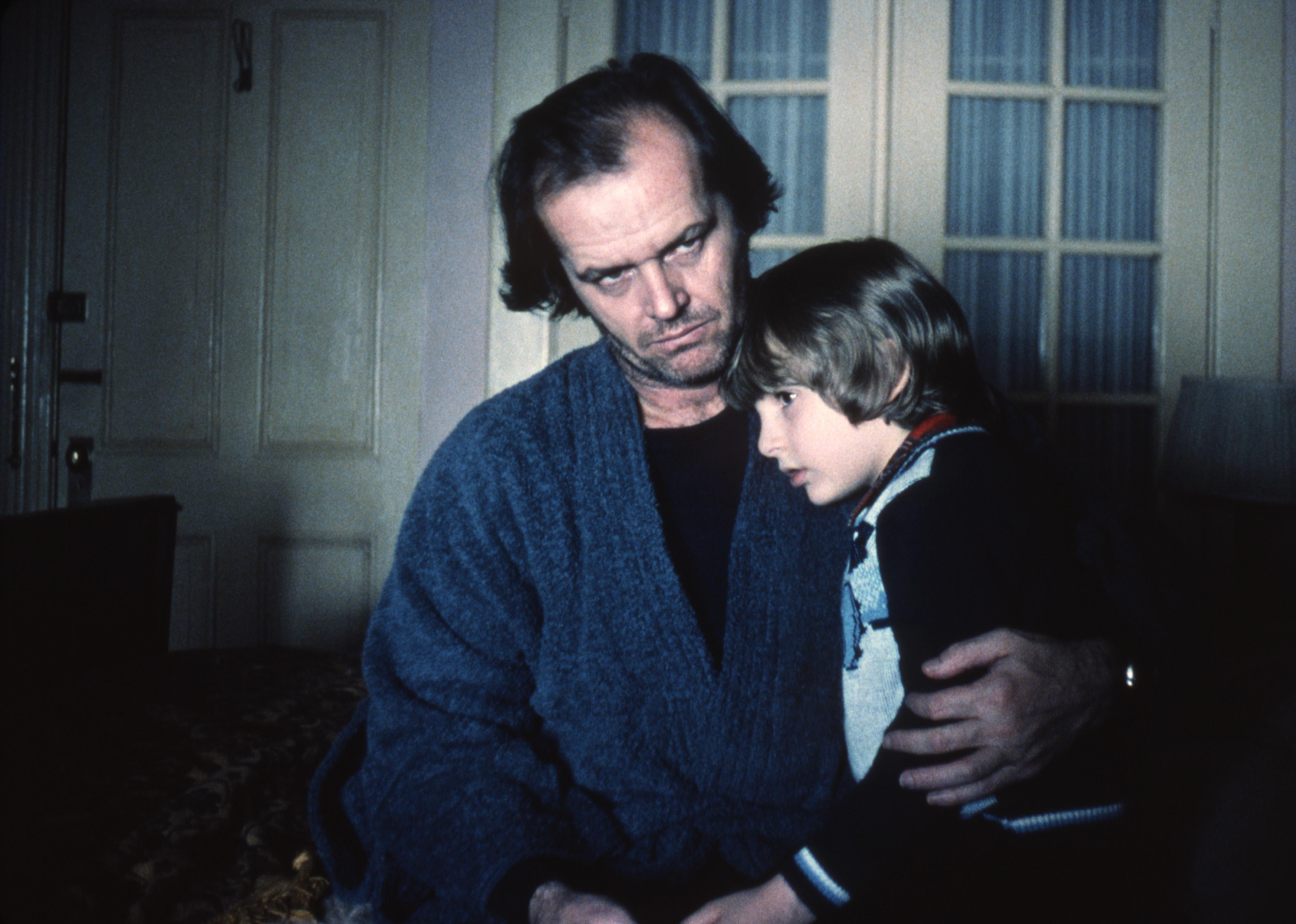 Danny Lloyd accidentally became an actor. Hailing from a small town in the Midwest, he went to a casting call and was unexpectedly cast as the son of Jack Nicholson and Shelley Duvall in the film adaptation of Stephen King's novel—eventually becoming an icon of horror cinema. Lloyd went on to make one other film before growing bored with acting. He went on to become a father and a biology professor, where he says most of his students don't recognize him. He did make a cameo appearance in the sequel to "The Shining," called "Doctor Sleep," in 2019. 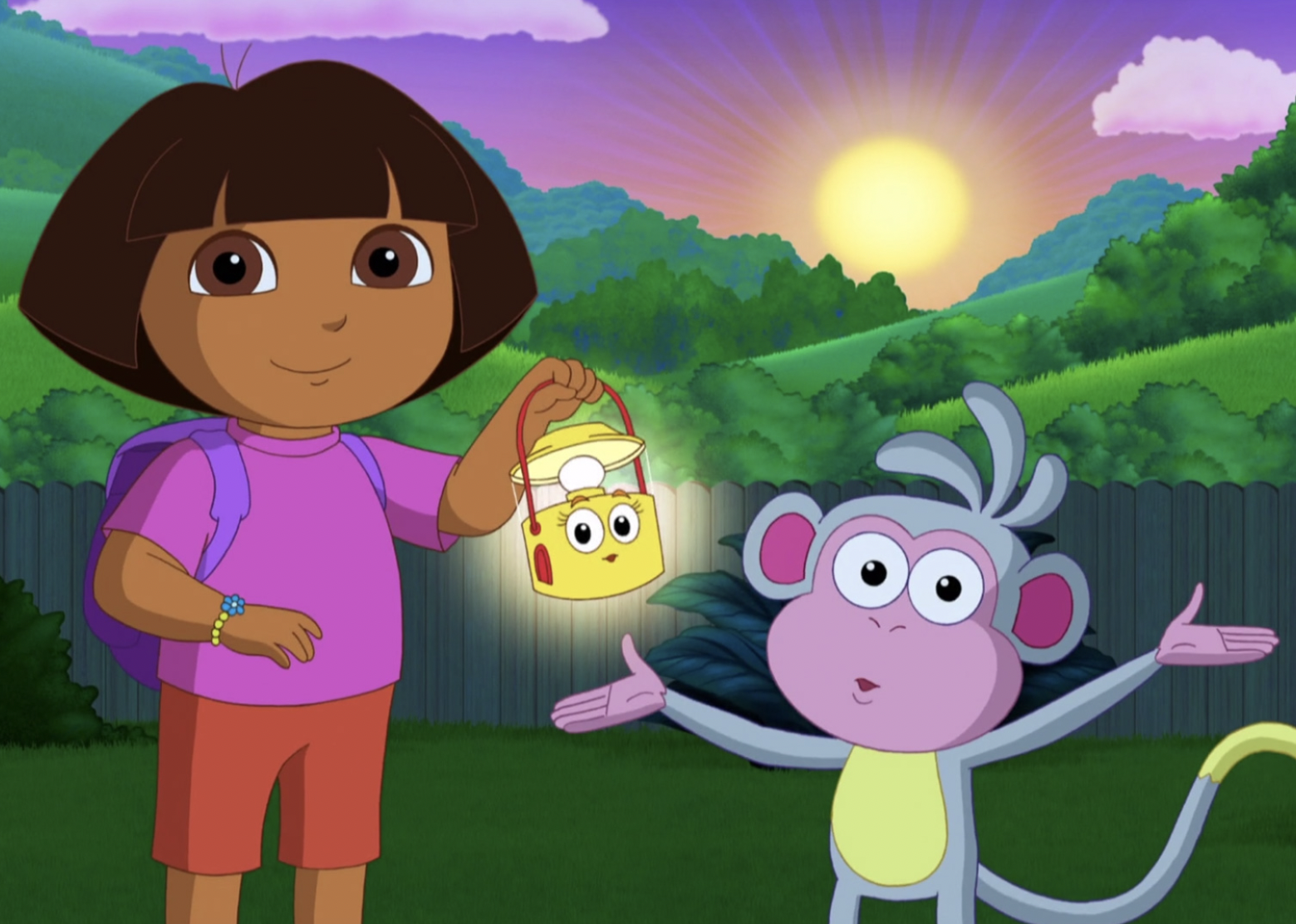 As the voice of Dora in "Dora the Explorer," Caitlin Sanchez has one of the most recognizable voices for a certain generation. Unfortunately, she is not on good terms with Nickelodeon; she entered into a legal battle with the network, alleging she was "duped" into a deal that left her with basically nothing. Barret Oliver went on to do a couple more roles after playing Bastian, the kid in "The NeverEnding Story," but eventually lost interest in acting. His last role was in "Scenes from the Class Struggle in Beverly Hills" in 1989. Instead, he picked up painting and photography. He has exhibited in several galleries, museums, and publications.

Harrison Ford described Liesel Matthews, whose real name is Liesel Pritzker, as "a young Jodie Foster" for her portrayal of Sara Crewe in "A Little Princess" and her role in "Air Force One." Following the film, the child actor entered the spotlight for another reason. Matthews was heiress to a hotel fortune, and when she and her brother's inheritance started getting tinkered with, she sued her family, which eventually led to a settlement that awarded her $500 million. She left New York to travel to India, eventually becoming a yoga teacher and philanthropist.

You may also like: Celebrity stage names vs. their real names