Bethpage Air Show flies back into the Jones Beach skies 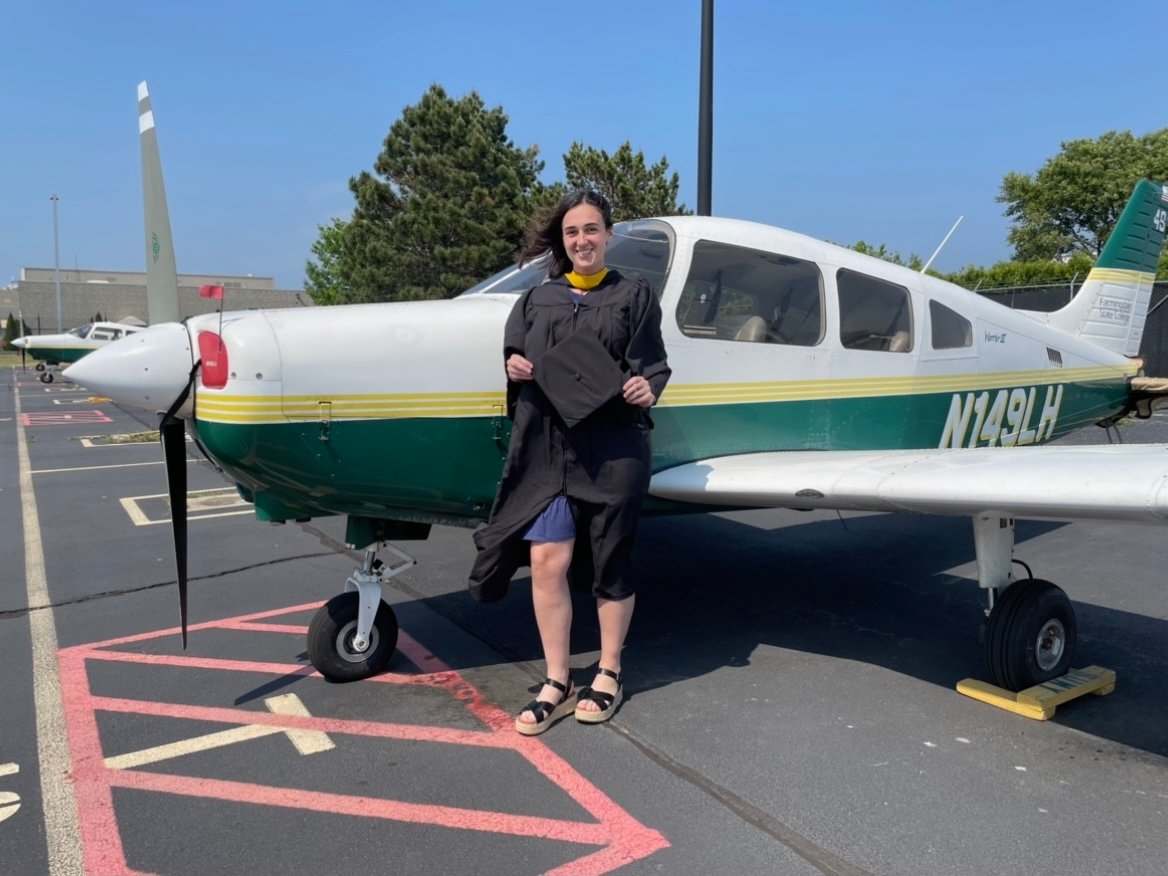 Alexa Wahl, a recent graduate of the Aviation Center at Farmingdale State College, will fulfill her childhood dream of flying in the Bethpage Air Show.
Courtesy Alexa Wahl 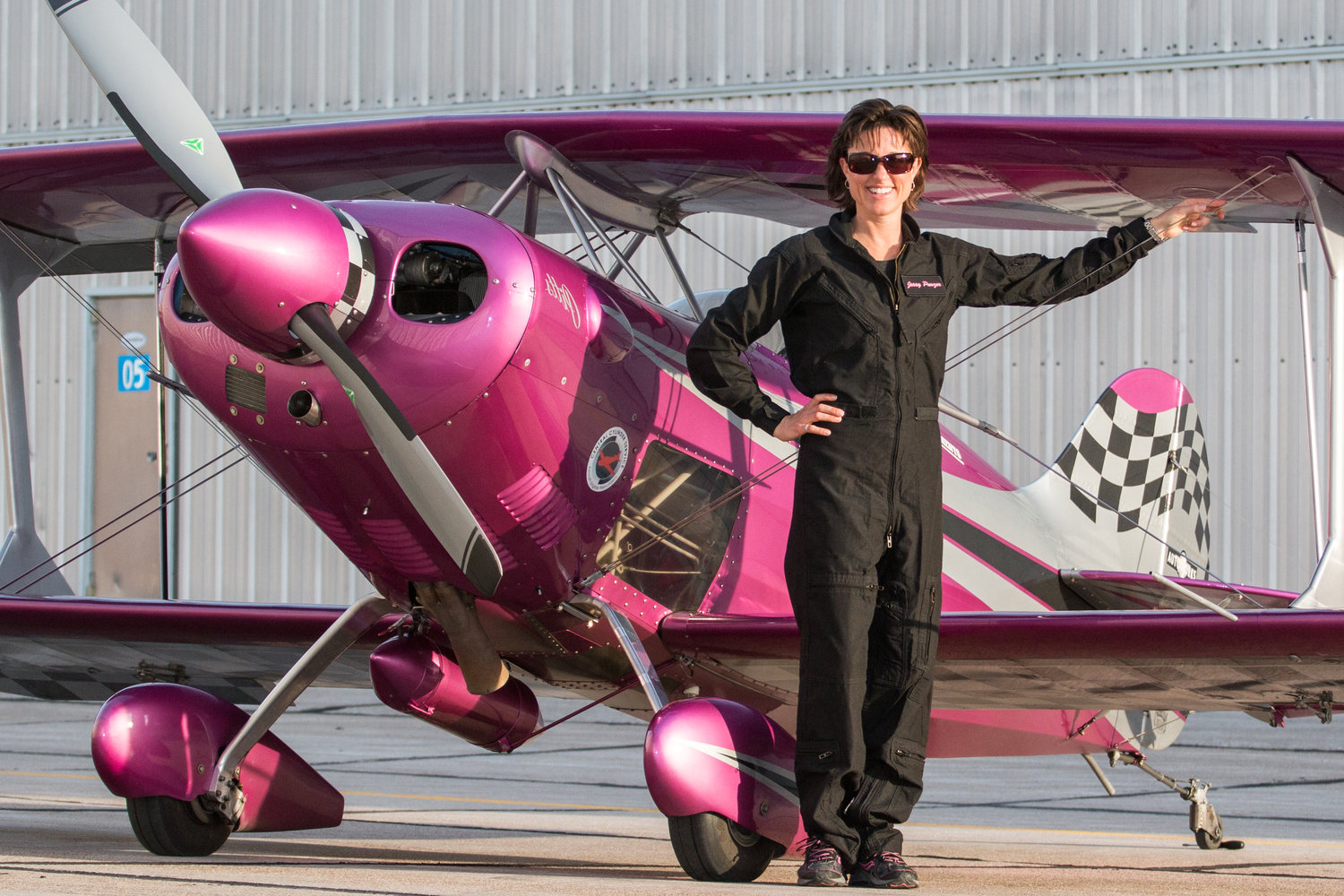 Jessy Panzer has done many air shows before, but will fly in the Bethpage Air Show for just the second time — and her first time back in her single-seat pink airplane.
Courtesy Jessy Panzer
Previous Next
By Brendan Carpenter

Alexa Wahl was just 7 when her family began attending the Bethpage Air Show. Standing on Jones Beach and staring at the sky, she would watch the planes gracefully soar past.

It was then that Wahl realized she wanted to be a pilot.

Now 23, the Deer Park resident spent time in high school “Googling every possible profession,” she recalled, because she felt that becoming a pilot wasn’t possible for her. But nothing excited her quite like flying. So why not? Wahl decided to go for it.

With no experience and just a dream, Wahl enrolled in the Aviation Center at Farmingdale State College. After four years of learning to fly, she graduated from the program last December. she is now an instructor at the center — currently the only woman in such a role — mentoring future pilots.

It was Michael Canders who helped her realize her dream. A military pilot for the Air Force and the Navy for more than four decades, Canders is an associate professor at Farmingdale and the director of the Aviation Center. It was ultimately up to him to choose the five Aviation Center pilots who will fly in this year’s Bethpage Air Show. One of his choices was Wahl.

“I was so surprised to be asked,” Wahl said. “I worked so hard, and it definitely paid off. But it still feels too good to be true.”

Wahl and the other pilots from the center will open the show on Saturday at 10 a.m., as the first group. Wahl will pilot the third plane in the line, flying a PA-28-161, otherwise known as a Piper Warrior 3. It is the same plane she trained with at points in the program, and is classified as “low-wing,” meaning it’s more stable and easier to control, making it better for new pilots to operate.

Wahl will join 44 other pilots from Farmingdale’s Aviation Center who have flown in the air show. Her mentor, Canders, will narrate the flights at the show and tell the crowd about the college’s program.

For some pilots, however, this air show will not be their first rodeo in the sky. Jessy Panzer is a true air show veteran. The Colorado Springs-based pilot was introduced to planes by her father, who worked at Duncan Aviation, a privately owned business and a jet service provider.

He died in an accident when his daughter was just 10.

When she’s not busy with air shows, Panzer works as a corporate private jet pilot. She began flying in air shows in 2004, and now, at age 43, she takes part in as many as 15 a year, though there have been many fewer dates during the coronavirus-ravaged past two and a half years.

Panzer has flown solo as well as in duos and trios, depending on the show. This will be the second time she has flown at the Jones Beach show, but her first time doing it solo.

“I’ll be back in my single-seat pink airplane,” she said.

Panzer said she loves doing shows because “to see everyone’s faces after I perform, especially the little girls, makes it all great.” She wants those girls to leave the show saying, “If she can do it, I can do it, too.”

“I am very excited to be invited back to Bethpage,” Panzer added. “All performers work so hard to practice and maintain the planes so we can wow everyone in 10 minutes. A great show is going to be put on.”