Crossroads Farm becomes a business and a pleasure 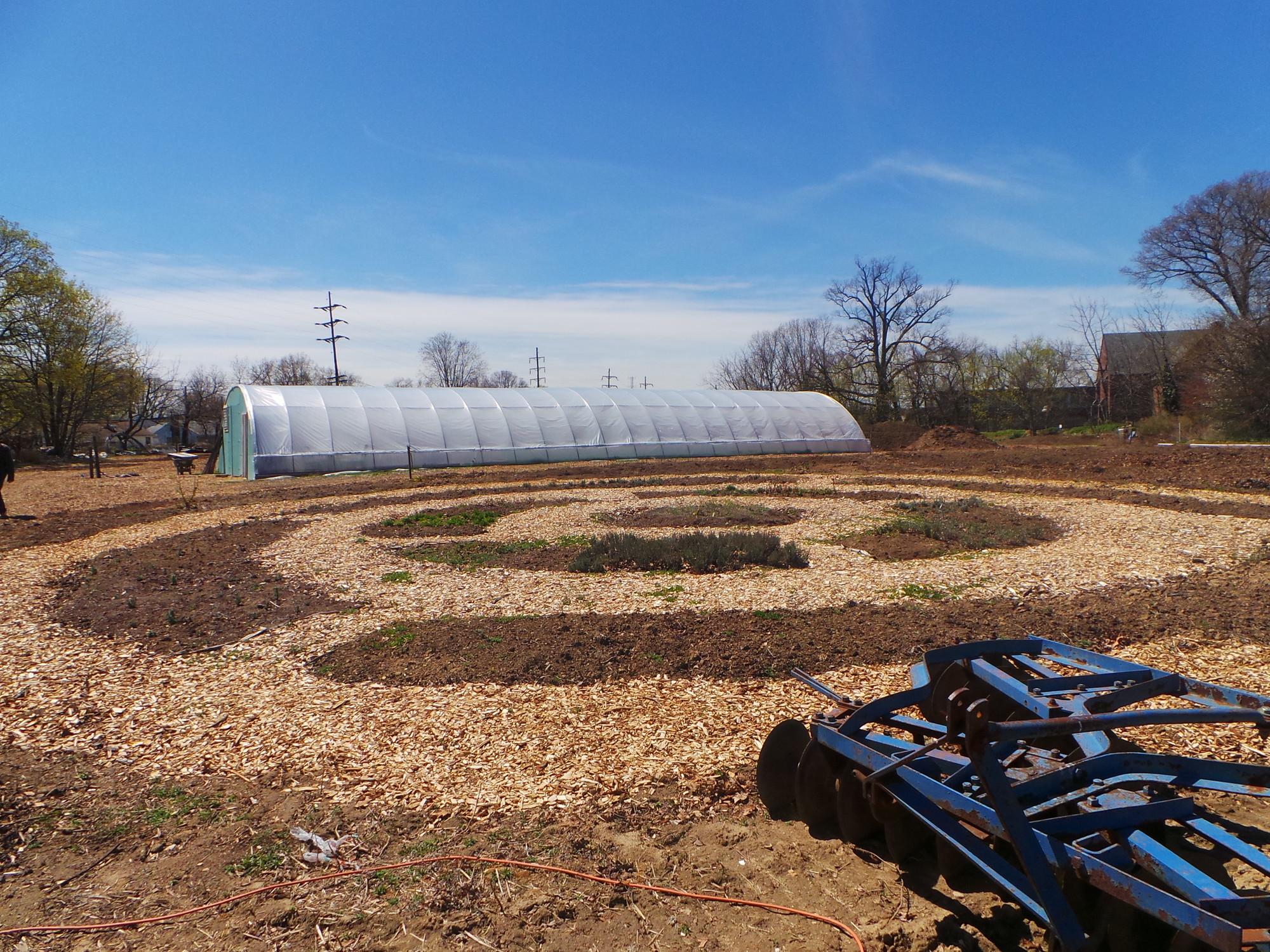 A well-designed herb circle is already growing at the farm.
Rossana Weitekamp 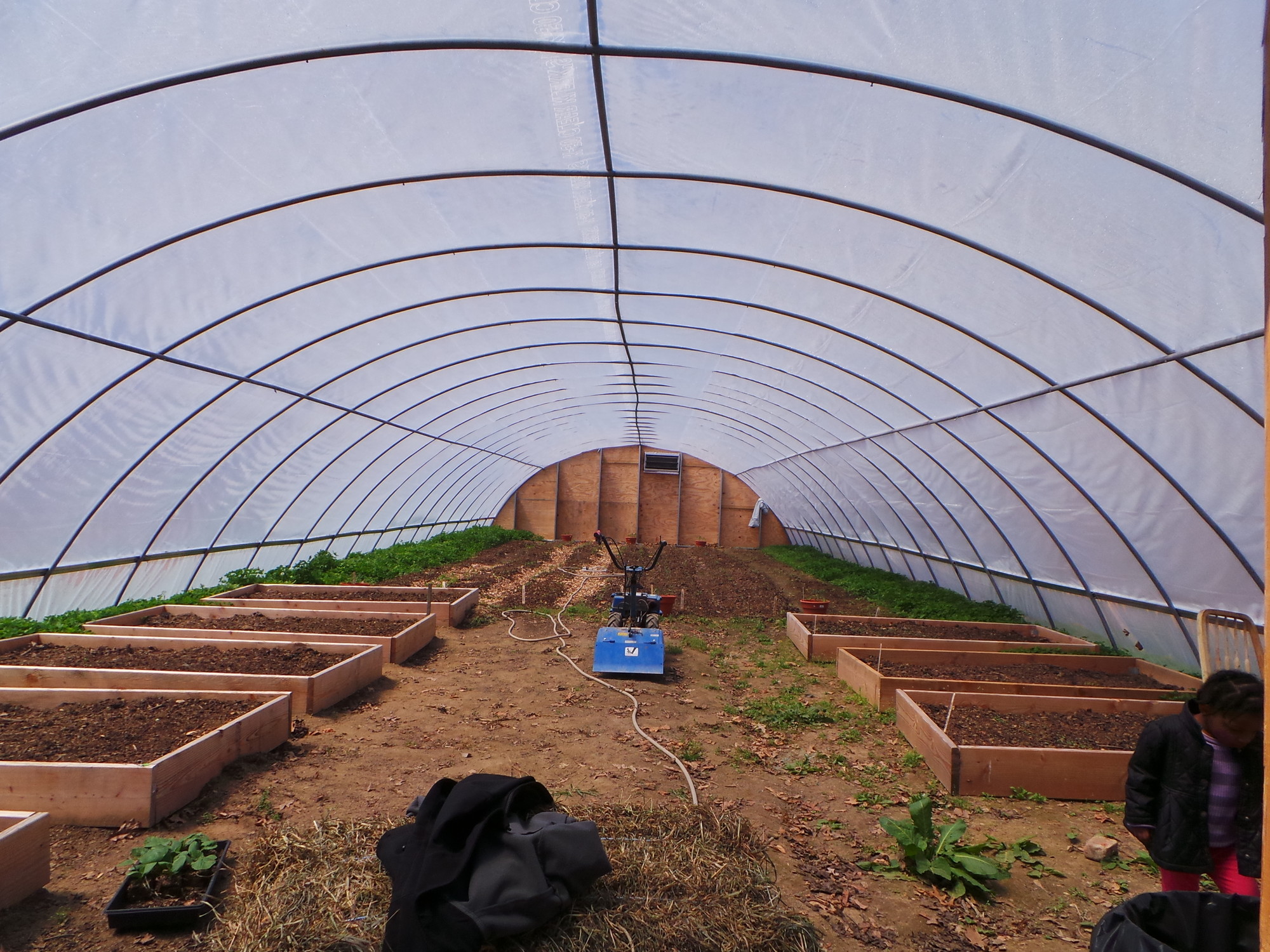 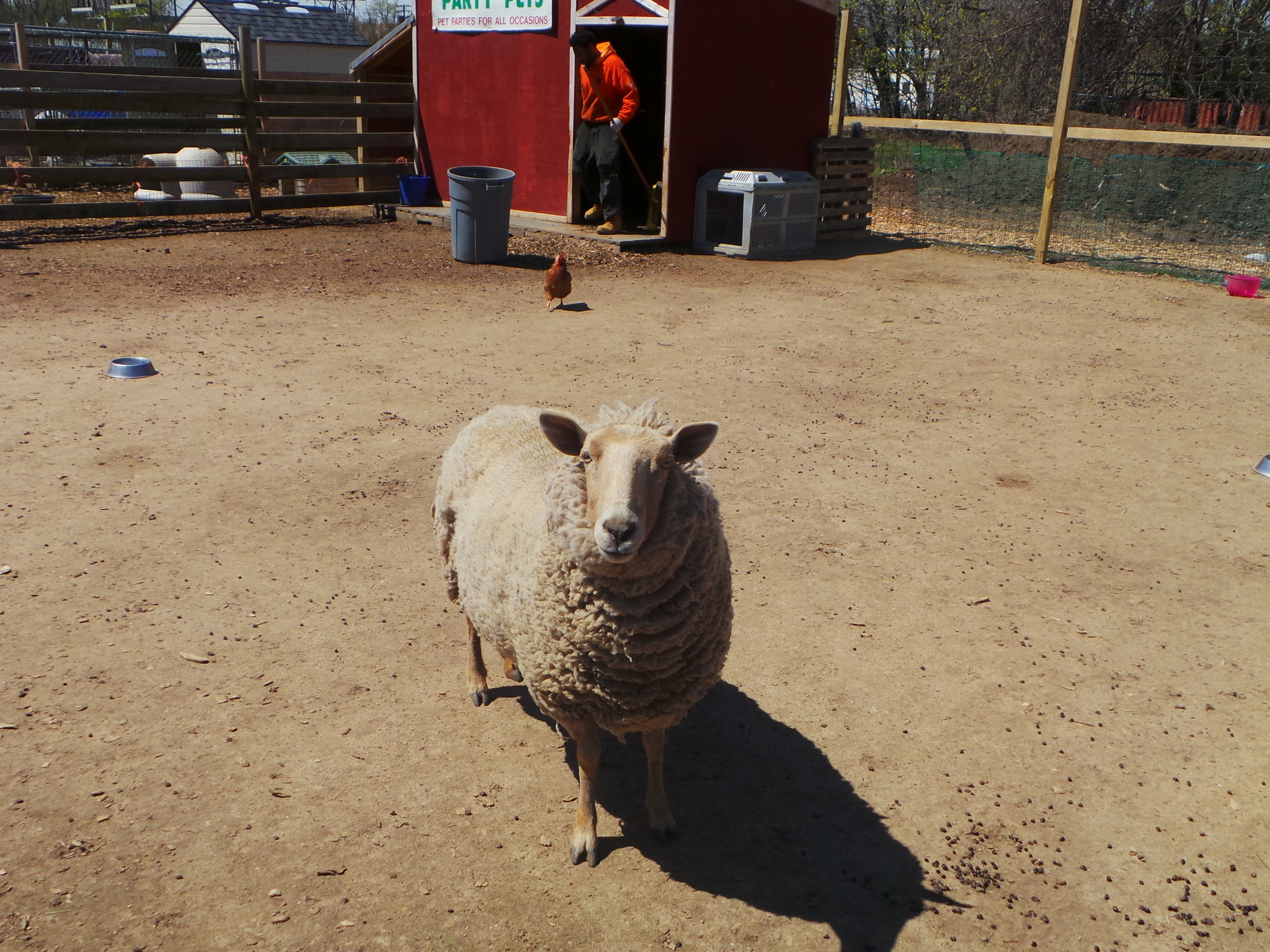 Crossroads has its own permanent farm animal residents that ewe can visit year-round.
Rossana Weitekamp 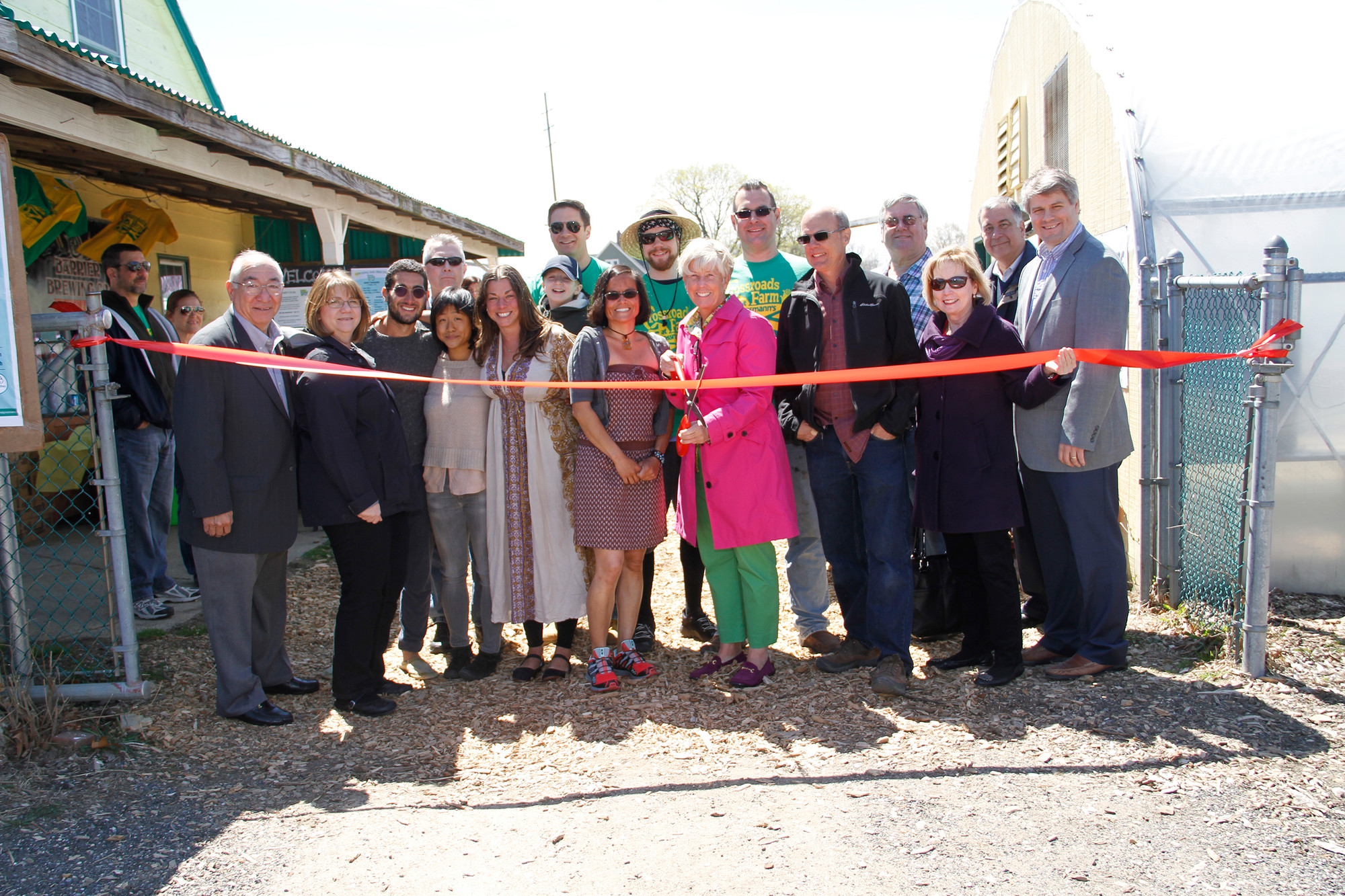 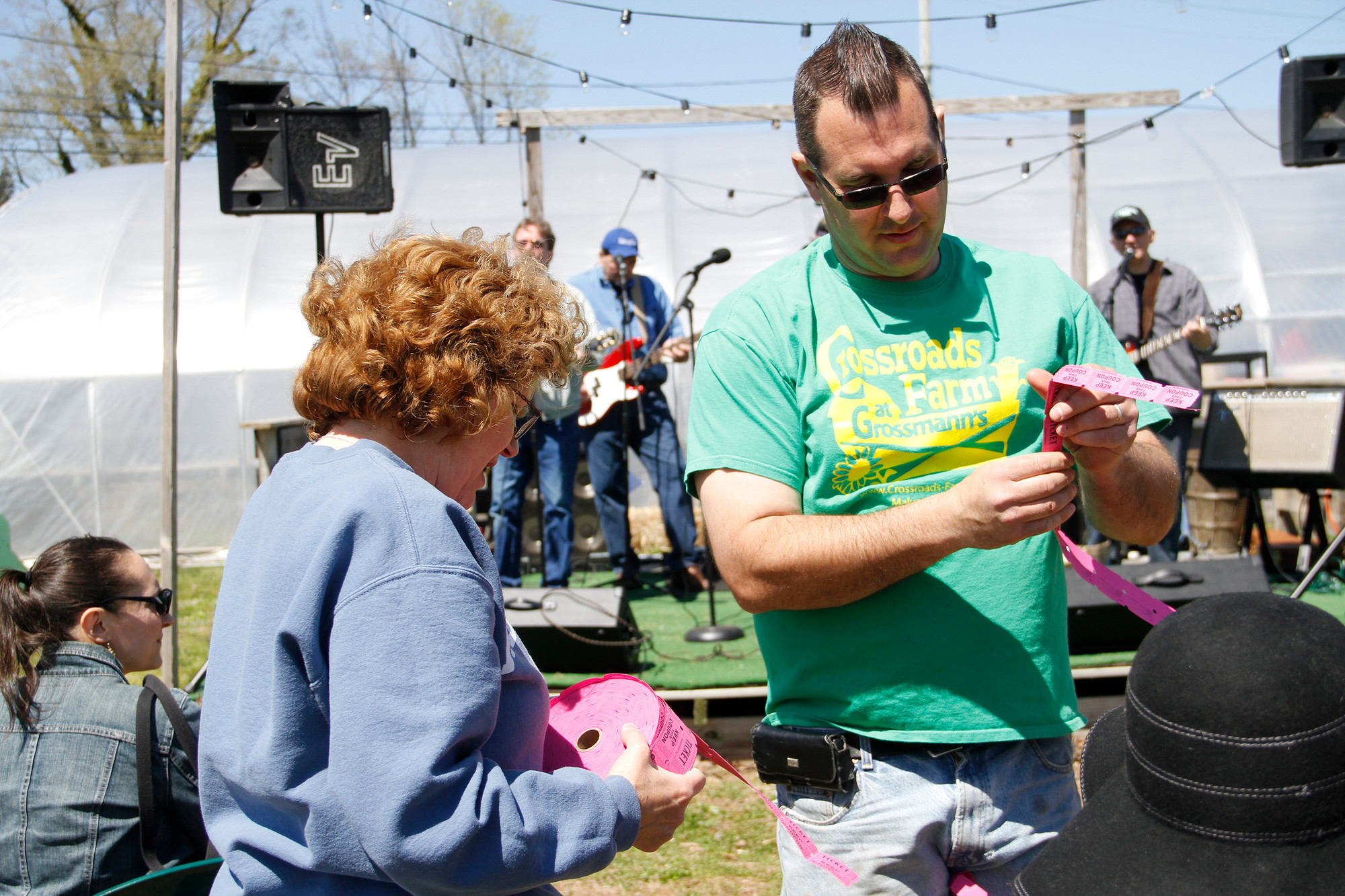 Brian Lewis and Vicki Johnson sold 50/50 raffles to help fund a bathroom at the farm. 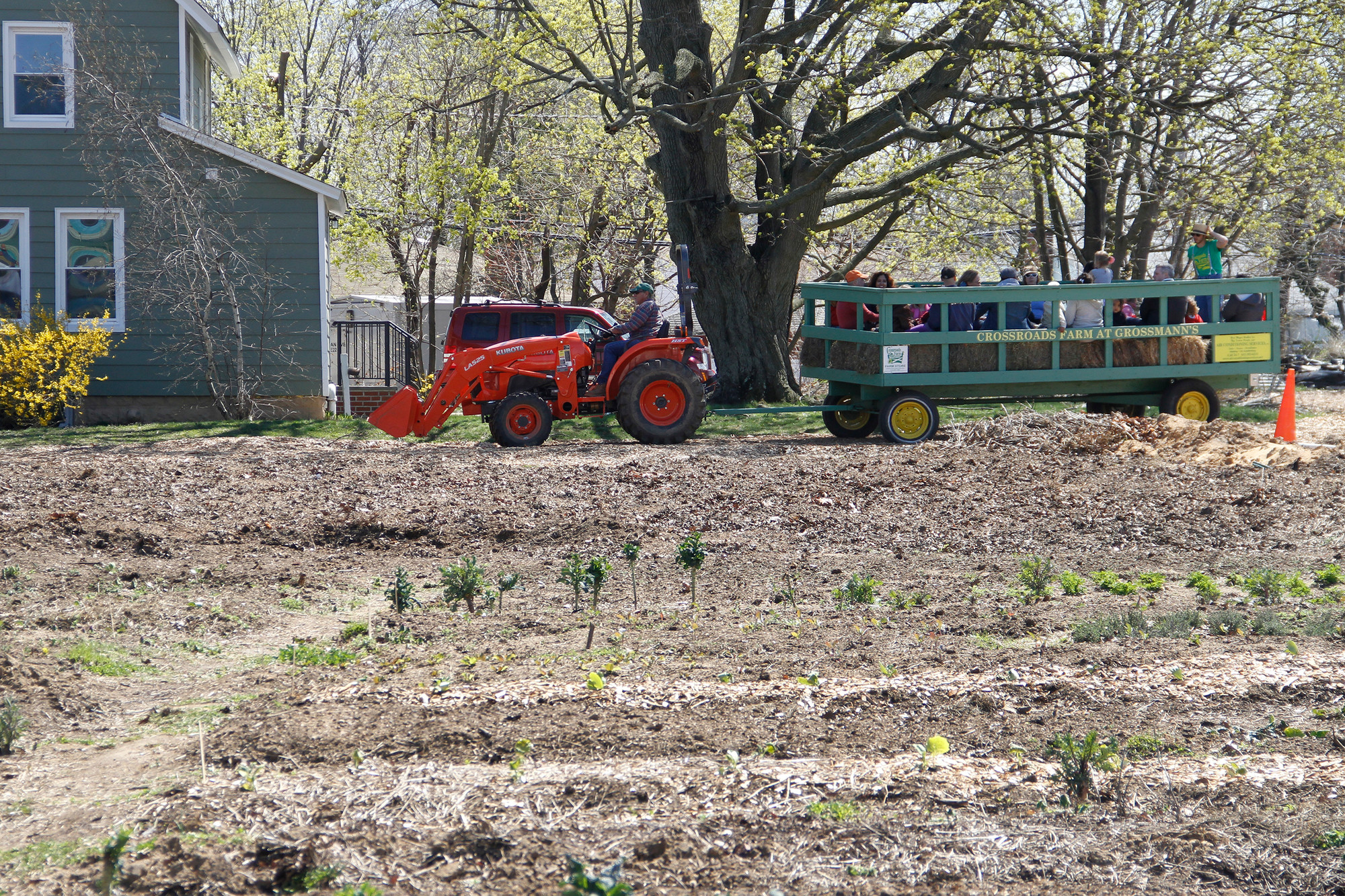 A tractor gives hayrides near the farm’s many kale plants.
Sue Grieco
Previous Next
By Rossana Weitekamp

Amid the bouncy castles, abundant wine, food, and music entertaining the crowd during Crossroads Farm’s opening day last week was something much more exciting for Malvernites and the surrounding communities:

A thriving, efficient organic farm operation that is quickly becoming the prized trophy of Malverne, its residents and Nassau County.

Crossroads has come a long way since 2010, when volunteers first began working towards getting the farm operational after Nassau County purchased it in 2006.

Today, the farm is equipped with a cutting-edge drip irrigation system, a composting operation, impressive greenhouses, permanent farm animals, and its own store. The combination is making the farm unique and attractive not only retail customers, but businesses as well.

“We’ll be supplying Uva Rossa with cherry tomatoes, and he’ll buy as many as we can give him,” said Rick White, chairman of the farm advisory committee. “We’re also growing a large amount of butternut squash for Barrier Brewing, which will make their SaazSquash beer with it.” Barrier Brewing is located on New Street in Oceanside.

The farm, divided into five fields, will be growing a treasure trove of produce for both businesses and the general public. On Field #1, located at the southern end of the farm, will be an orchard of fruit trees, tomatoes, peppers, eggplant and potatoes. Adjacent to it is Field #2, home to an herb circle and decorative corn, popping corn, lavender and micro green plants. The farm’s hoop house and composting area is located at Field #3. Field #4 is where the farm animals live and Field #5 will grow butternut squash and strawberries.

Thanks to a huge area devoted to composting its own organic material, Crossroads will be able to rejuvenate its soil, and sell it to businesses and the general public — hopefully by July, White said. “We are waiting for the organic certification and the retail part,” said White, who didn’t anticipate a problem in acquiring the certification. “You can buy organic compost on Long Island, but the quality is not often the best. Our stuff is top notch — black gold,” he said. The farm teamed up with the Equestrian Center in Lakeview as its manure supplier, White added.