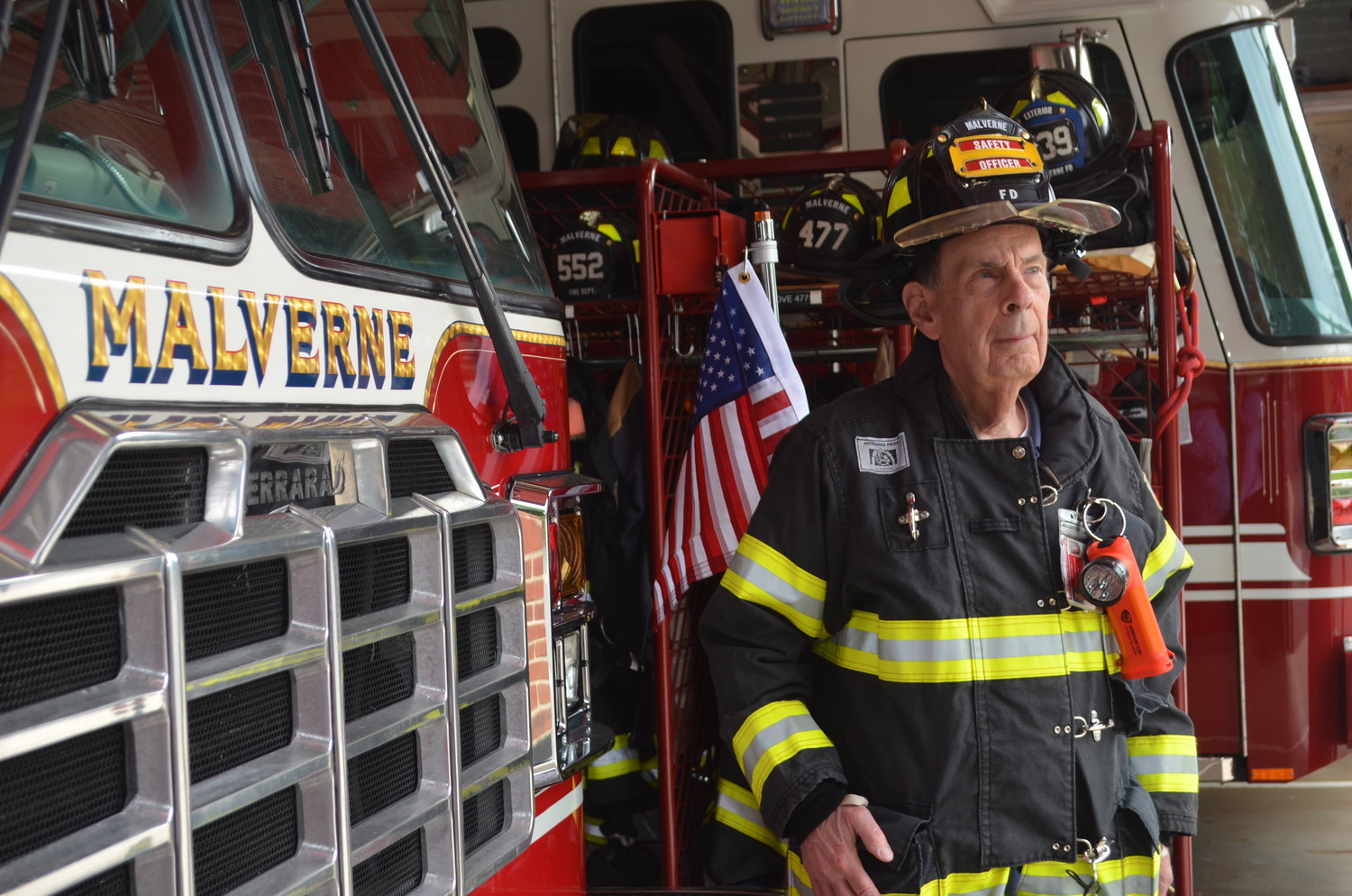 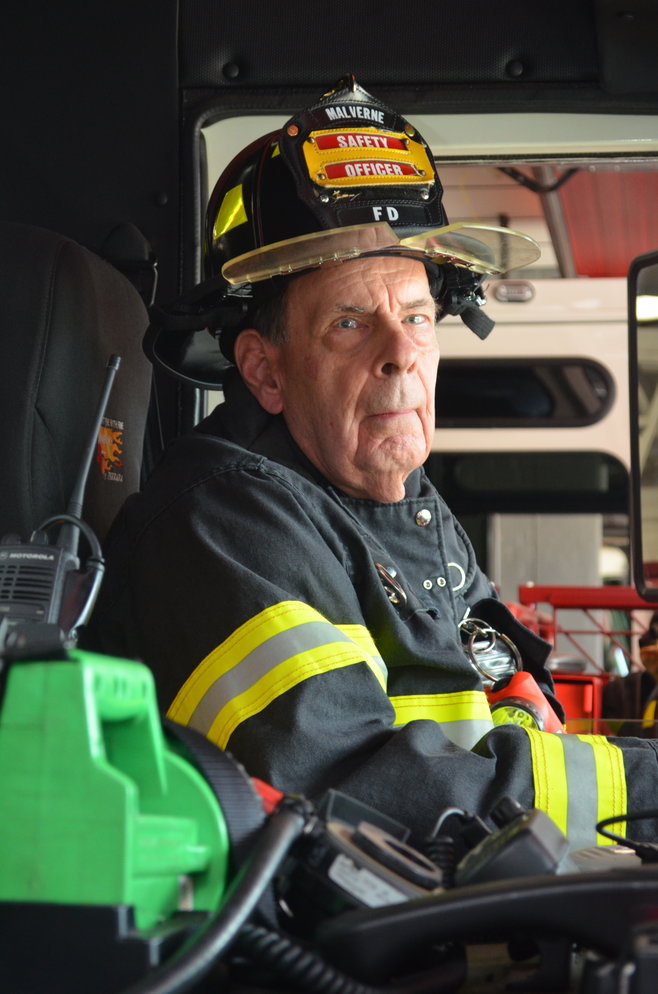 Firefighter Dave Weinstein sits behind the wheel of a fire engine at the Malverne Fire Department.
Tim Baker/Herald
Previous Next

He's always on hand for me to run things by him. As a chief, as a confidant, he has always been there when I’ve needed advice.”
Ernest Bohringer, Fire Chief, Malverne
By Kyle Chin

When a smoke alarm pierces the silence of the early morning hours, the beeper of 77-year-old Dave Weinstein sounds and he springs into action. Once serving as its fire chief, Weinstein remains an active member of Malverne’s Volunteer Fire Department after 60 years of service.

“I’ve lived in Malverne all my life,” said Weinstein. “My family moved here in 1943. I went to school in what is now Maurice W. Downing School, then the middle school, and finally the high school, which had only recently finished being built.”

Weinstein is the first member to achieve  60 years of active service in the department’s 112-year history. The department held a ceremony on Monday night, June 20 to honor his achievements.

Weinstein’s serious interest in firefighting first arose while he attended high school. “My friends were volunteer firemen, on the drill team at the time,” he said. “I decided to join them and the rest is history.”

Weinstein’s career in the fire department would eventually lead him to the top post, as fire chief, from 1975 to 1977, working under Malverne Mayor Stewart Morrow.

“I went through the ranks, eventually second deputy chief, then first deputy chief, until I was asked to be fire chief,” Weinstein said.

In his second year as chief, disaster struck Our Lady of Lourdes Church when a fire started behind the altar.

“It was a bad fire, and there was a serious risk of the church being lost, but we responded quickly and were able to stop it before really major damage was done,” Weinstein said. “It’s certainly a moment I’m proud of.”

Weinstein recalled another memorable incident later in his career. “Some years ago there was a man on his way to a funeral service when he lost control of his car and crashed into a tree,” he said. “We got there and saw it was a really bad wreck, and the man was actually pinned inside choking on his own blood. I crawled in the car and used a syringe to aspirate him. The doctor who responded later said I had saved his life.

“It turns out that man we helped went on to be a firefighter and later a police officer in Valley Stream,” he added. “I ran into him at an event years later and he pointed me out and said, ‘That is the man who saved my life.’”

Weinstein also serves as Malverne village historian. “[Former] Mayor Patricia MacDonald first approached me with the position, and through the years I’ve been very fortunate to listen to people and share rigorously researched knowledge to the best of my ability,” he said.

Ernest Bohringer, who now serves as fire chief for the village, said, “Dave is really the definition of a gentleman. As a chief, as a confidant, he has always been there when I’ve needed advice. At fire scenes, at his age, he still shows up to help coordinate and tell everyone what tactics are best practice given the particular situation.”

Weinstein’s depth of historical knowledge seems to serve him well at the fire department, Bohringer said. “He’s always on hand for me to run things by him,” he said. “He can always speak through how certain things were handled in the past, discuss certain tactics that were maybe tried and didn’t pan out. Just an incredible resource.”

Weinstein said he follows certain basic principles that he has learned over his career.

“Treat people the way you’d want to be treated,” he said. “The most important things for me are to respect others, to learn, to listen, to think before you speak or act.”