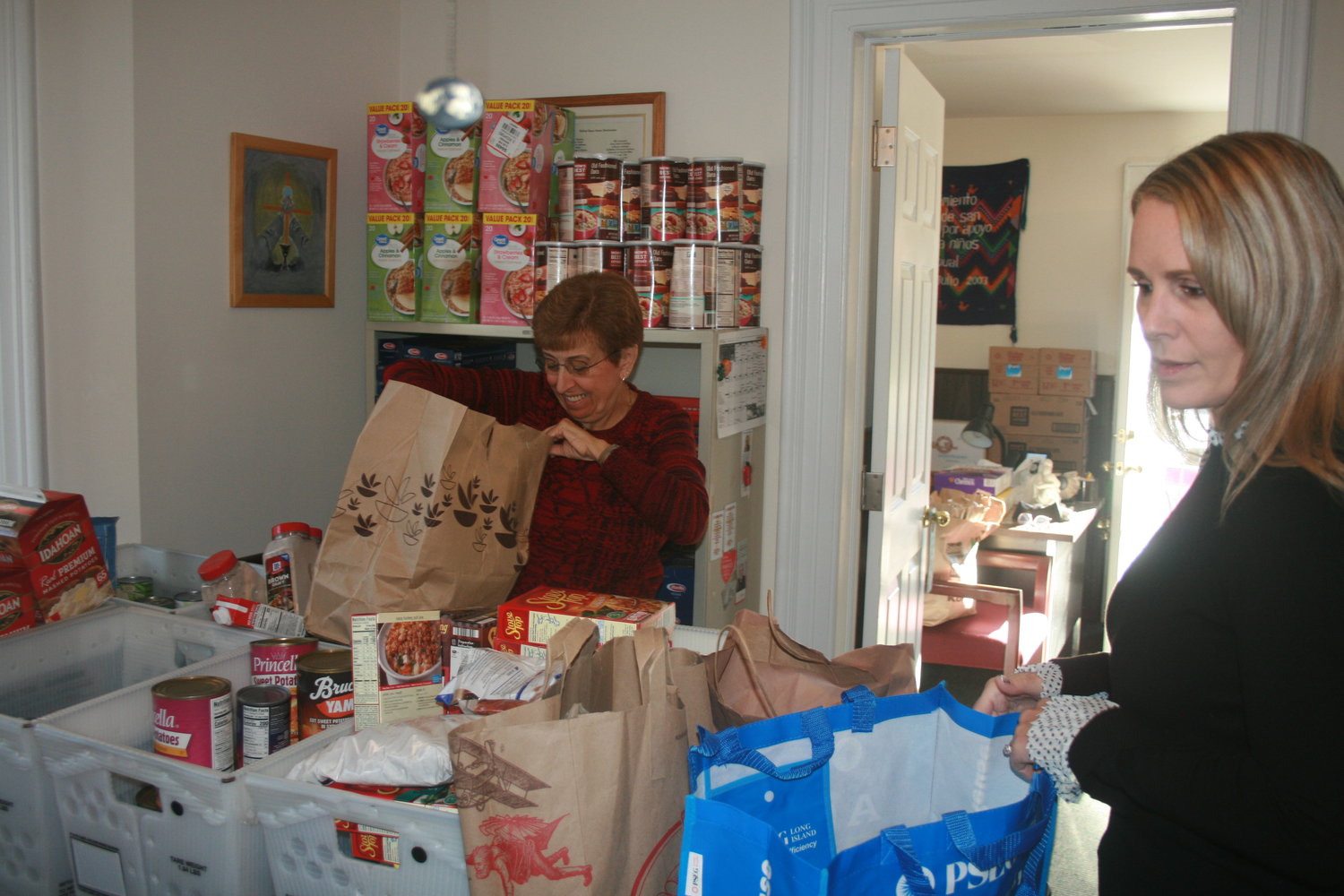 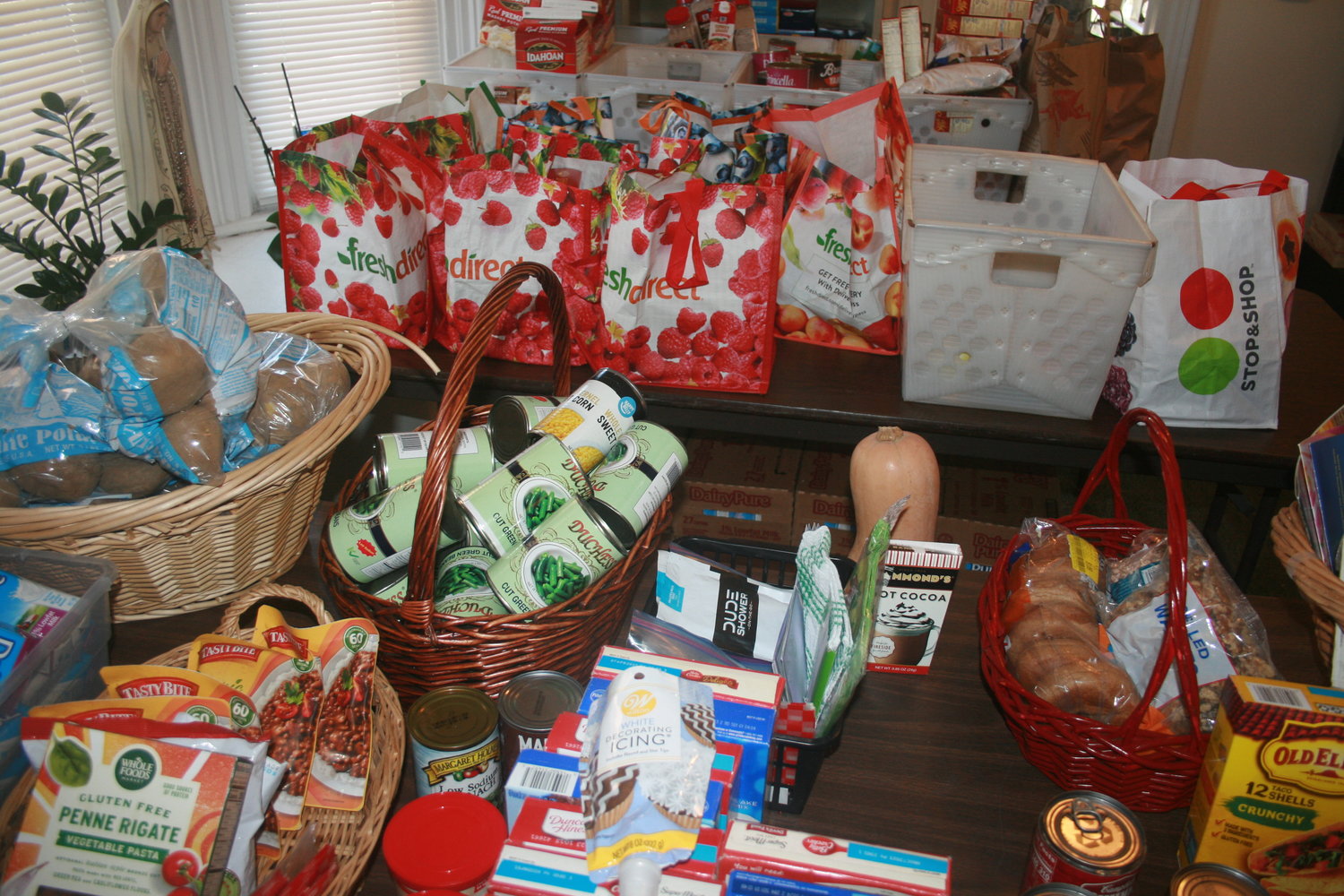 Volunteers said they have had a difficult time keeping up with the amount of food donated.
Mark Nolan/Herald
Previous Next

It’s so wonderful that we live in a community that takes care of its people.”
Kathy Brandon parish family, Saint Raymond of Penyafort
Reach out to help out

The Parish Family of Saint Raymond of Penyafort

It’s no secret that food costs more money than ever before, and with the holidays upon us, many families are in need of assistance. That’s where religious and nonprofit organizations step up.

Although these groups stress that there is need year-round, they see an increase in demand — and volunteerism — in November and December.

According to the Consumer Price Index, food purchased at grocery stores nationwide costs 13 percent more than a year ago. That’s a big increase for anyone, especially considering how it adds up over the course of a month.

With many families in need, some organizations say the general awareness of increased food prices has caused more Good Samaritans to get involved. “It’s been busier than in the past, but I expected the need to be much greater,” said Kathy Brandon, a member of the social ministry of the Parish Family of Saint Raymond of Penyafort, in East Rockaway. “I think there are many organizations like Island Harvest that are distributing food.”

Brandon said that Saint Raymond helps roughly 50 families during Thanksgiving by providing turkeys and traditional fixings. Families are delighted, she said, to receive whole turkeys. “We are very busy for Thanksgiving,” she said. “People in the parish are reaching out and doing what they can. They know people have these needs, and they’re opening up their hearts. It’s so wonderful.”

The Community Presbyterian Church of Malverne dropped off 65 turkeys at the Long Island Council of Churches’ food pantry in Freeport for distribution last week. The church’s pastor, the Rev. Janice Moore, said the church raised $1,800 to provide much-needed Thanksgiving meals when it heard from the Long Island Council of Churches that the need was greater than in the past.

“It’s something we do every year, but we knew the need was going to be a bit more this year,” Moore said. “We’re a tiny little church, but we’re scrappy. We know each of us has a community of our own, so we reached out to our own networks and quickly raised money. We bought as many turkeys from the stores as they would let us.”

“I do forecast that, going forward, that the needs are going to grow,” Brandon said. “We shall see. In the coming months ahead, the need will likely grow.”

With an eye on the future, Moore said, Community Presbyterian is already preparing for its annual food drive in February. The People’s Food Drive, she said, had humble beginnings, but with the help of members Robert and Mary Hallom, of Lynbrook, the church now collects thousands of food items each year.

“A lot of folks want to do something for Christmas and Thanksgiving, but the need is ongoing,” Moore said. “The need is every day. There is never a bad time to donate. We always have to campaign to make people aware. There’s always pressure.”

In the meantime, volunteers at charitable organizations might take a moment to reflect on the assistance they are providing this Thanksgiving, before gearing up for the rest of the holiday season and beyond.

“It’s so wonderful that we live in a community that takes care of its people,” Brandon said.