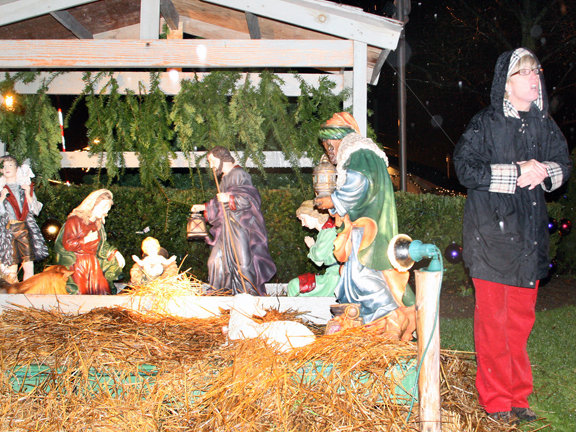 The Christmas tree and nativity scene of the Village of Malverne in 2009.
Susan Grieco/Herald file photo
By Robert Traverso

Seventy years ago, Malverne residents organized to create for the first time something that is now a staple in the village during the holiday season: a Christmas nativity scene.

“A long-time vision of… Malverne residents was to have a nativity scene displayed in our village,” explained David Weinstein, the village historian, in a statement.

Mayor from 1951 to 1955, Mayor Frank Britain Wienzel and the village board granted permission to a village resident to solicit funds for a nativity scene, which was to be displayed on the bandstand in Reese Memorial Park on Church Street in Malverne during the holiday season.

Having granted Malverne residents the ability to have a publicly displayed nativity scene, Wienzel made it clear that the village itself “would not construct, erect, maintain or store the scene,” Weinstein added.

The nativity scene was 20 feet long, 10 feet high and 8 feet deep. It was made of masonite, and featured painted plywood figures as well as three live sheep, costing an overall $900.