Malverne Community Theatre to host fundraiser at Our Town Grille 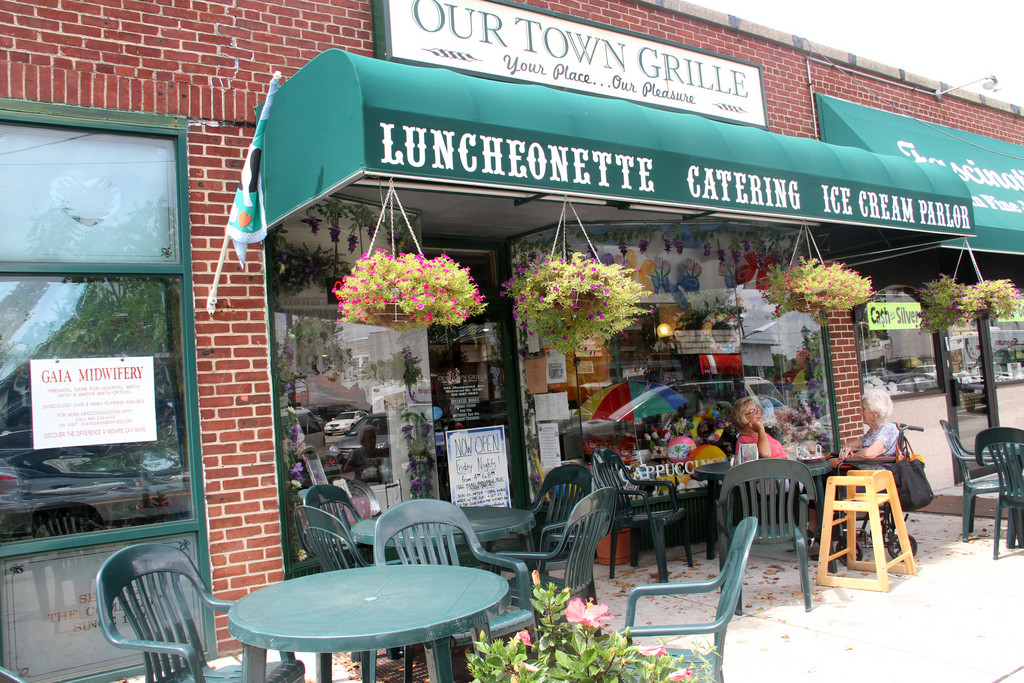 The Malverne Community Theatre will hold a kickoff party fundraiser at Our Town Grille on Saturday, Aug. 18 from 7 – 11 p.m.
Susan Grieco/Herald
By Lauren Zipkin

“I hope it’s fun, an opportunity for people to mingle and make connections, and get excited that the company is coming,” said David Coonan, a former Malverne resident and local artist who is currently working to revive the Malverne Community Theatre — a non-profit arts company that has been dormant for more than 40 years.

On Saturday, Aug. 18, the Community Theatre — of which Coonan is president — will host its first fundraiser at Our Town Grille in Malverne. The goal of the event, Coonan explained, is to create a presence in the community, and to remind residents that the company is on the rise.

“I want it to say, Here is a new artistic endeavor that the village can rally around,” he told the Herald.

Coonan said that the fundraiser is a cocktail party that will feature a selection of beverages — including wine, beer and soda — and hors d’oeuvres. The event will also include a number of raffles and prizes, and a 30-minute improv comedy segment.

All will be included in the $15-per-person admission, and the event, which will run from 7 to 11 p.m., is open to everyone.

“We want to show the talent and diversity of the group so far,” Coonan said. “The whole purpose of this is to say we are officially here, gain supporters, and show the benefits you’d get as a member.”

Our Town Grille co-owner Jerry Carter, 56, described the establishment as a mom-and-pop shop with “a 1940s and 50s vibe.” “We are a family-run business and the place just has a friendly atmosphere,” Carter said, adding that he and fellow co-owner Richard Fisichello are excited to host the event — something new that they hope will boost the spirit of the community.

Carter praised Rose Tummarello, the secretary-treasurer of the theater, for her planning efforts and coordination of the event. “I get excited for everything that Rose does,” he said, “because she’s so enthusiastic.”

Coonan added: “We want to get local vendors and stores to possibly donate gift certificates, and also get the names of businesses out there.”