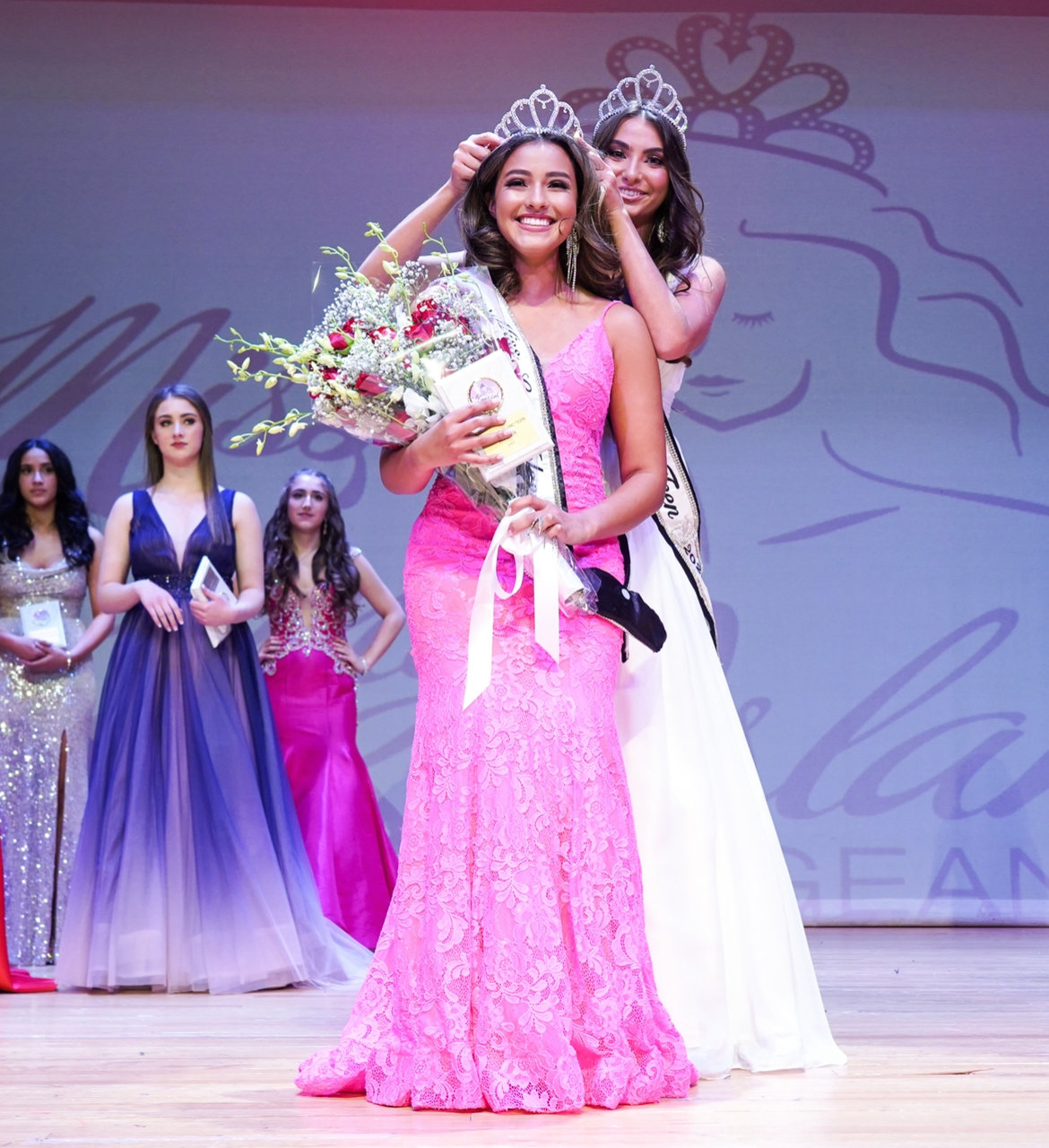 She lacked any formal training or previous experience in the pageant circuit, but newcomer Natalia Suaza took the local pageant world by storm after capturing the crown for Miss Teen Long Island 2023 on Nov. 20.

The 18-year-old contestant from Valley Stream burst onto the pageant scene at the Madison Theatre at Molloy University with a compelling message and articulate poise that carved a path to victory against 11 other contestants.

Aside from the usual glamour and flare of pageant performances, the competition tasked each contestant to speak on a worthy cause of their choice.

“My platform statement was cancer awareness,” said Suaza, a cause that while widely affecting many families across the Island, struck a deep personal chord for Suaza.

“I talked about how my dad, John Suaza, passed away from cancer when I was 9 years old. It was not only about the person diagnosed with cancer but the family’s impact as well.”

Her platform hoped to highlight and promote the valuable work done by places like the Center for Hope with Northwell Health and Calvary Hospital in guiding families through their journey of grief.

Her crowning moment was, according to Suaza, a soaring tribute to her late father, who was the heart and soul of her performance and her main motivator.

“I’ve always wanted to do it when I was little, but I just never thought I could,” she said. “I think my dad really inspired me to do this because my dad was the type of person, even before having cancer, that lived every day like it was his last. I try not to let things scare me, and if they do, I try to just face it head-on. I know he’d want me to be doing this today.”

In the brutal, anxiety-ridden world of pageant competitions, where a contestant’s onstage gaffe or awkward verbal mishap can be a make-or-break ordeal, Suaza, a freshman in Hofstra majoring in journalism, banked on her communication and storytelling chops to deliver her message.

“I was able to feel very comfortable on stage though answering questions, because I feel like, I’ve kind of always been preparing my whole life by storytelling and speaking to people,” said Suaza.

“When we’re looking for a Miss Teen Long Island, we’re looking with someone with poise, grace, or role model for individuals across Long Island and someone who’s really going to spearhead efforts for the community for their platform,” said Leanne Baum, executive director of the Miss Long Island Pageants. “Natalia really did just amazing being true to herself and representing herself and her platform throughout the competition.”

It also didn’t hurt that the already accomplished 18-year-old had entered the pageant fresh from another high point of her year: being numbered among a handful of 18-year-olds who ran this year’s New York City marathon.

Crossing that finish line alongside thousands of others gave her a much-needed confidence boost when all eyes were on her crossing the pageant stage, explained Suaza’s mom, Kenia Nunez-Leon.

“I am extremely proud of my daughter for participating in the Miss Long Island Teen pageant. It took courage to sign up for a competition with no prior pageant experience. I helped prepare her mentally for the pageant by reminding her not to be attached to the outcome, and to enjoy the experience of a lifetime.”

And any doubts she might have harbored about competing fizzled out as she goes on to represent Long Island at the Miss New York Teen USA competition in August of 2023.

James A. Dever School is a bully-free zone