Our Lady of Lourdes to host blood drive to honor veteran 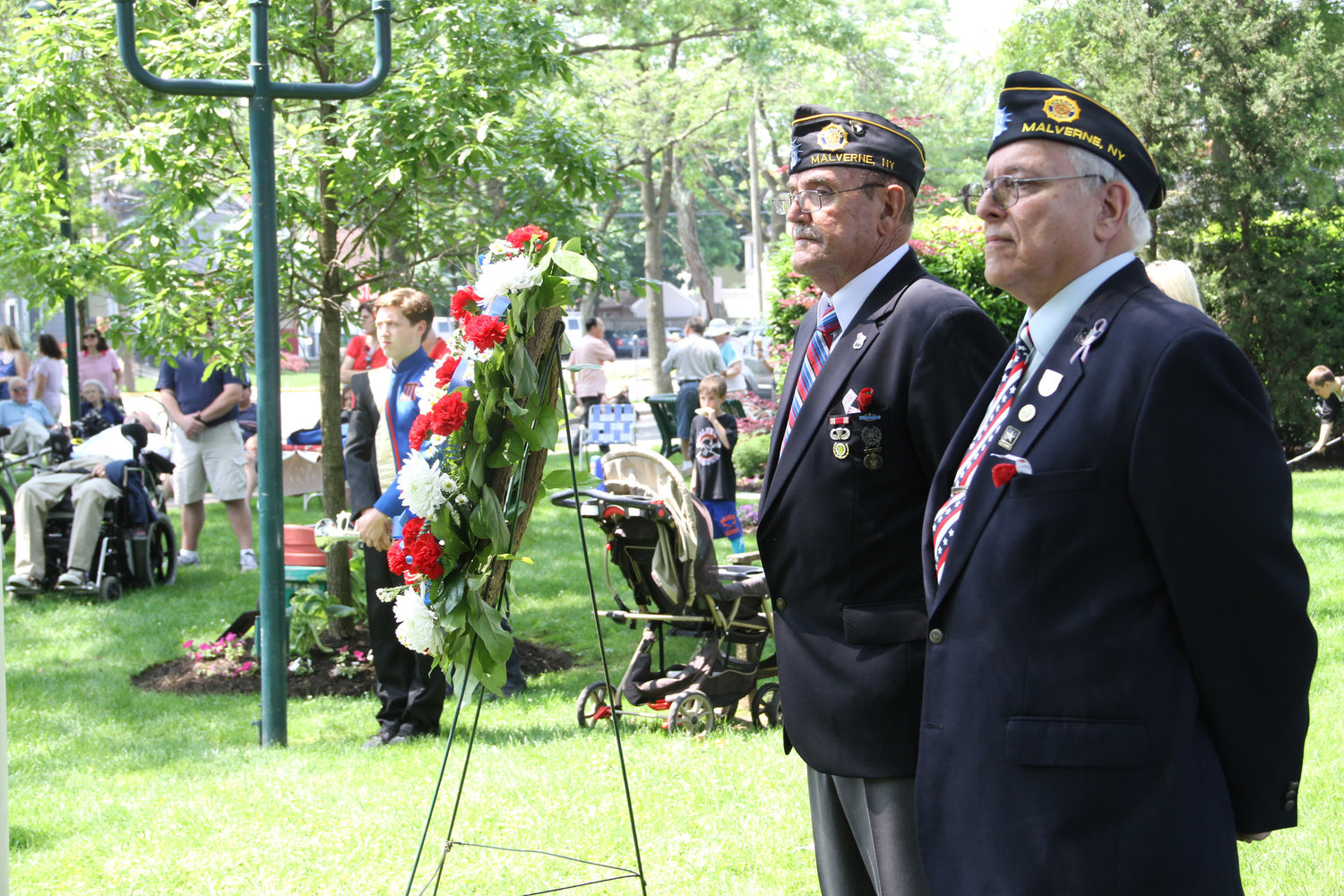 Our Lady of Lourdes Roman Catholic Church will host a blood drive in honor of Peter Zullo, right, a veteran and an American Legion Post 44 leader who died of leukemia in 2017. The event is also in anticipation of Veterans Day on Nov 11.
Herald file photo
By Kyle Chin

The New York Blood Center will hold a blood drive on Sunday in honor of longtime Malvernite Peter Zullo, who died in 2017, at age 75.

Shortly after earning undergraduate and law degrees from St. John’s University, Zullo joined the Army. He spent 30 years in the military, rising to the rank of colonel and often commanding Army medical units.

Zullo had a legal career as well, joining the Legal Aid Society in 1966 and serving as a criminal defense lawyer for nearly three decades. He went on to become Malverne’s village attorney in the 1990s, and legal counsel to the Independent Party of Malverne. He also joined American Legion Post 44, eventually rising to commander and organizing numerous veterans’ parades and events over the years.

Zullo was eventually diagnosed with leukemia, a condition that requires numerous blood transfusions. “He had had multiple blood transfusions — I think about 86,” recalled Sally Schutta, who worked with him in the American Legion and is organizing the blood drive.

Always ready to make the best of a bad situation, Zullo himself floated the idea of a blood drive during his illness. “When he was in the hospital and not doing well, he had offered to run a blood drive then,” Schutta recalled. “But the family had said they were overwhelmed at the time. Once he passed, I brought it up to them again, and they said yes, let’s do this in his honor.”

The event will take place in the basement of Our Lady of Lourdes Roman Catholic Church from 8 a.m. to 2 p.m. Schutta noted that the drive is not denominational. The location was selected primarily for its accessibility: The church has an elevator to accommodate those with mobility issues who want to donate.

“I want everyone to know, in Malverne, Lynbrook and West Hempstead, please feel free to come down,” Schutta said.

She spoke at several area religious services in the last week of October, including at Our Lady of Lourdes and the Malverne Jewish Center, as well as at the Malverne village board’s monthly meeting on Oct. 20. There she joked, “If you’re nervous, I’ll hold your hand.”

Schutta stressed the critical importance of donating now. “It’s not even just a need at this point,” she said. “It’s urgent. They desperately need blood,” said Schutta.

On Oct. 19, the New York Blood Center announced the fifth blood emergency of 2022. While pandemic wariness made the limited availability of blood a more glaring problem, the center contends that the lack of blood donors is part of a larger trend.

“It isn’t that folks are not donating blood,” Andrea Cefarelli, senior vice president of the center, said in an online statement. “Our data shows that there is only a small group of loyal blood donors who are representing the entire community and shouldering the burden for all.

“We need everyone, from Gen Z to Gen X, to step up,” Cefarelli added. “Donating blood is a meaningful volunteer opportunity — we encourage people to bring their families, friends and partners to make it even more fun and impactful.”

Schutta pleaded for those who are able to donate blood, and then to honor those who served on Veterans Day the following Friday. “Don’t just go to sales and take the day off,” she said. “Go see veterans. Because there are so few of the greatest generation left around.”