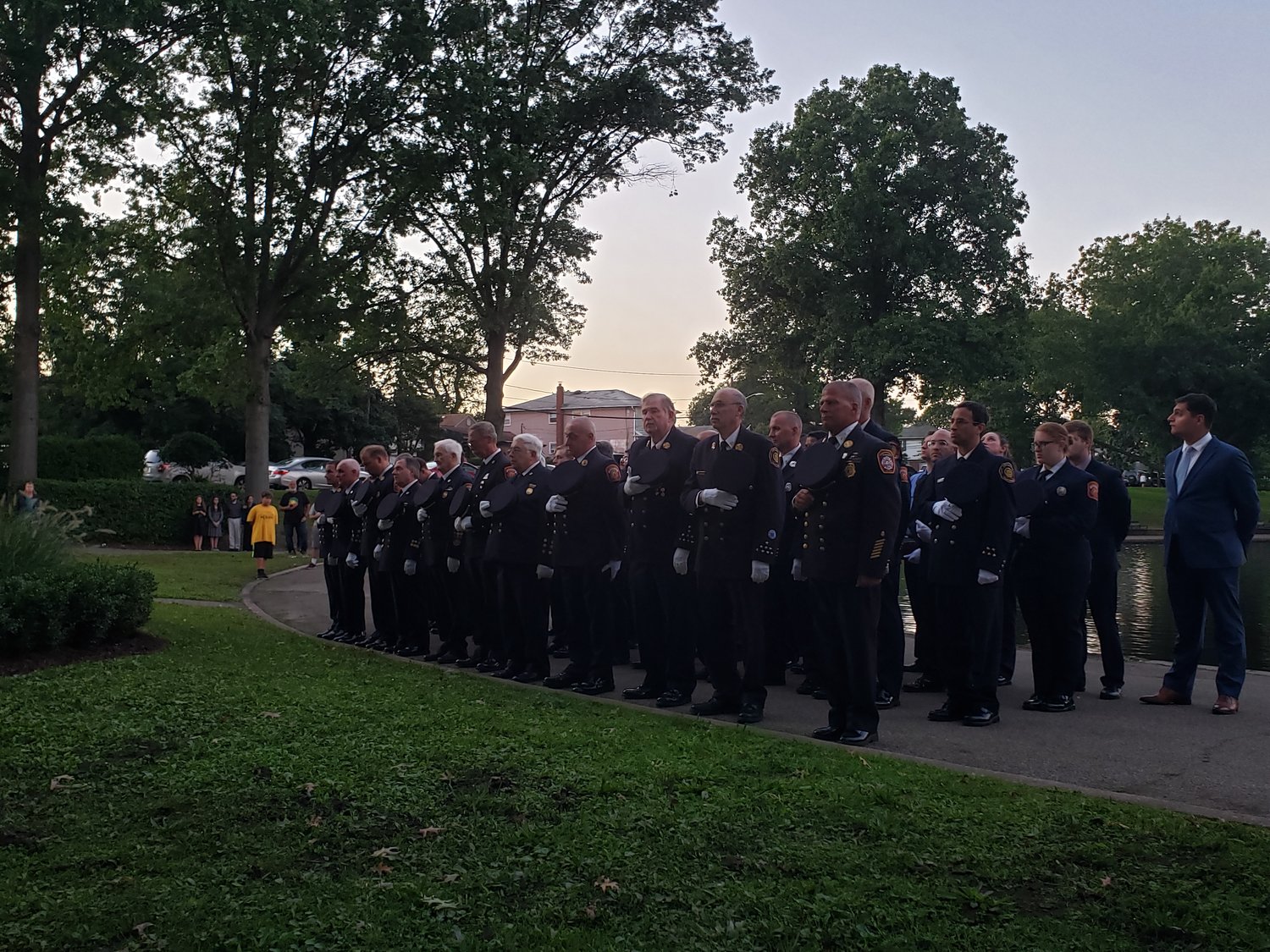 West Hempstead and Lakeview’s fire departments joined together for a 9/11 ceremony at Hall's Pond Park on Sept. 11.
Nakeem Grant/Herald 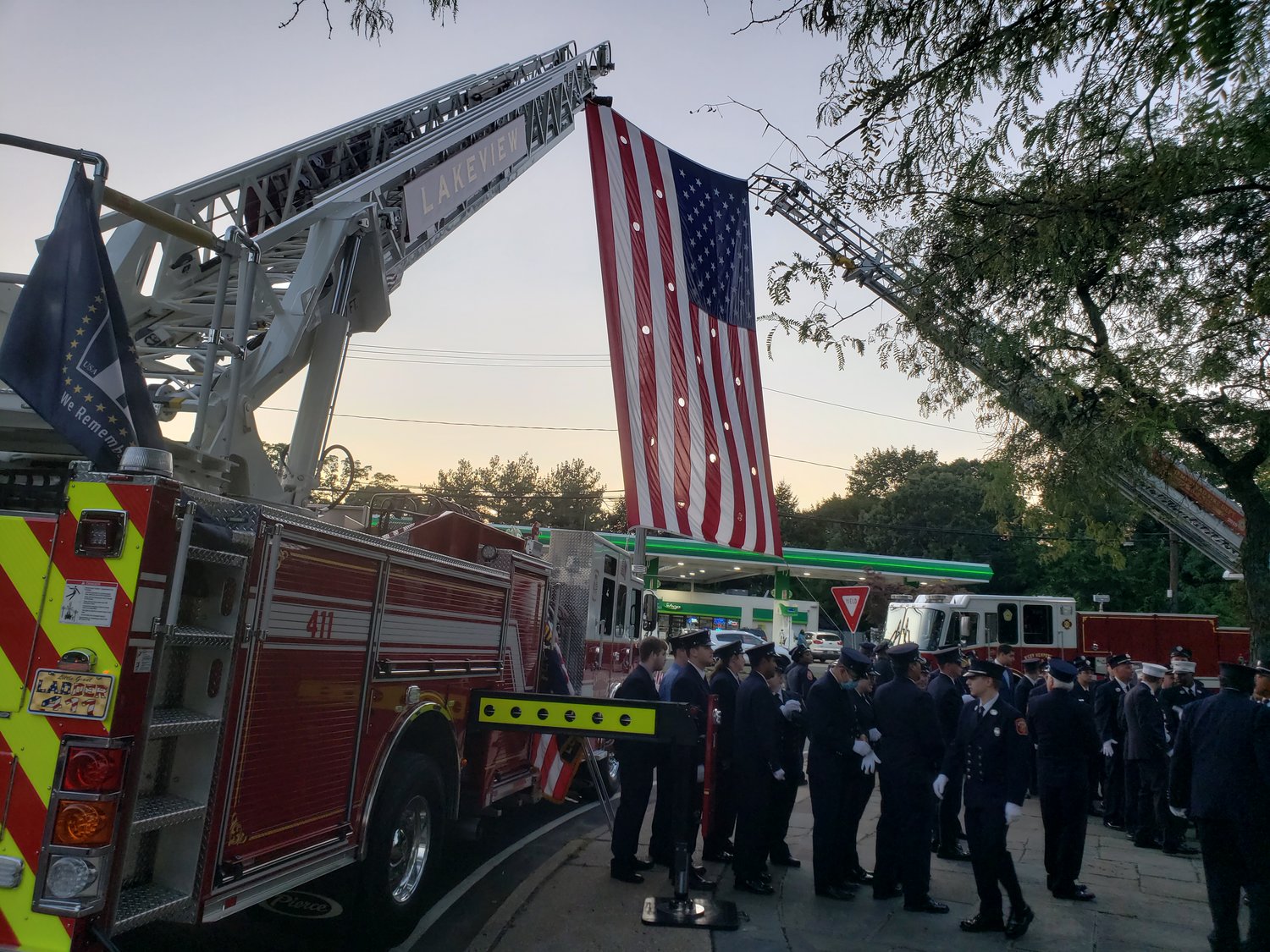 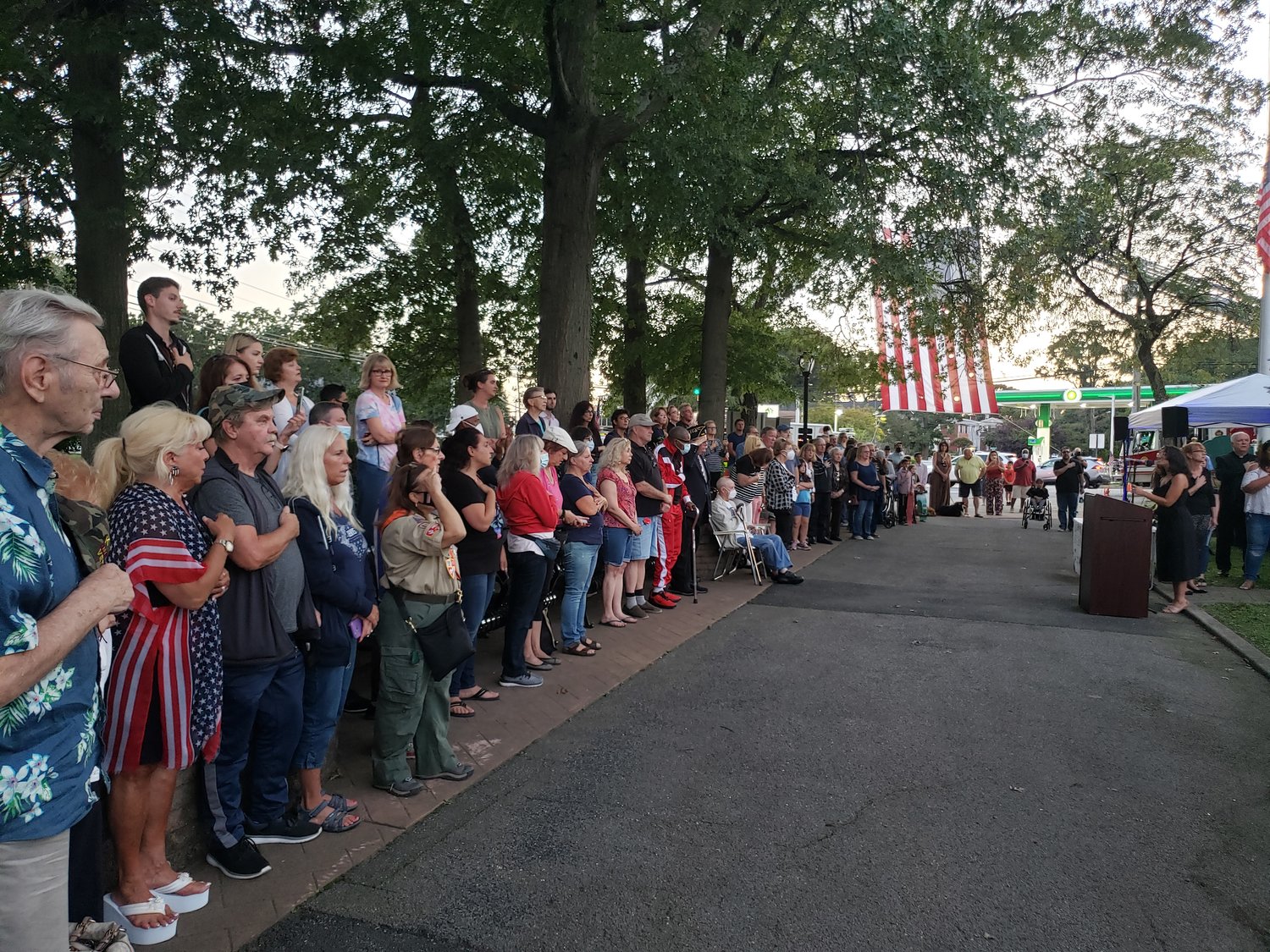 Residents lined up in front of the 9/11 Memorial for a moment of silence.
Nakeem Grant/Herald 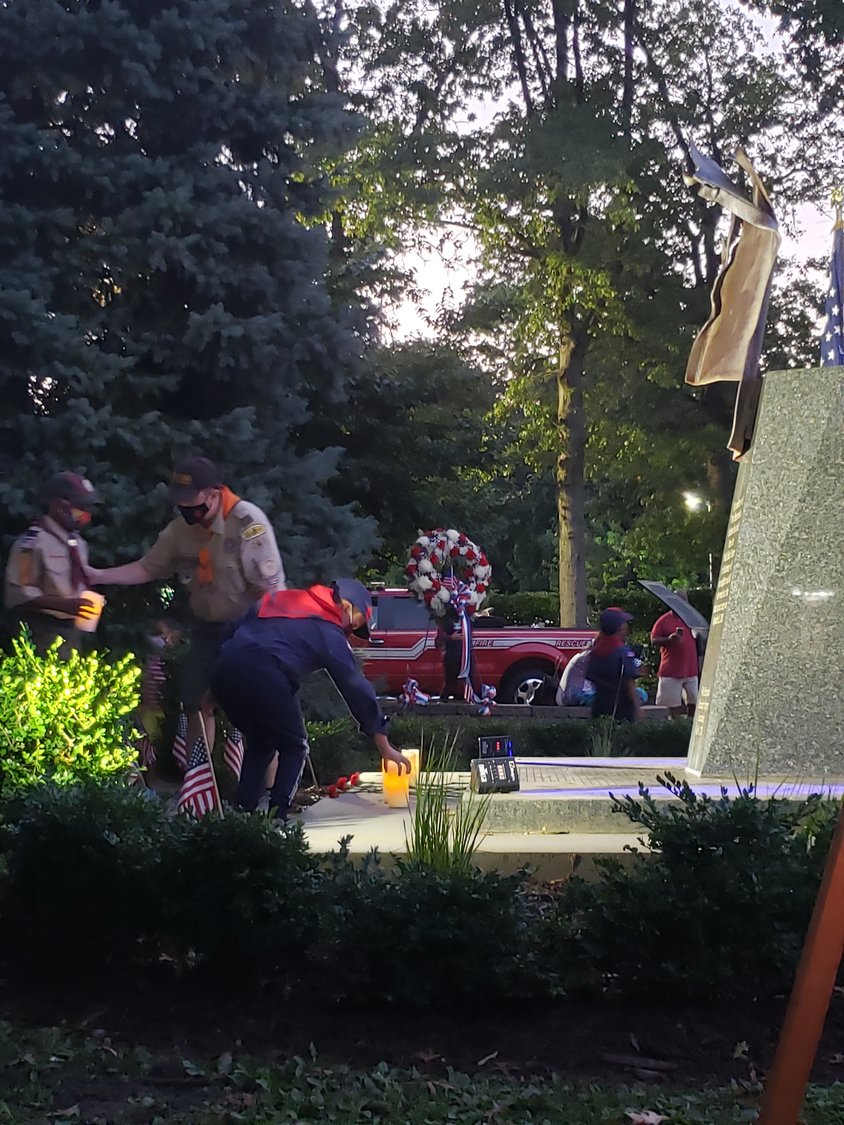 Boy and Girl Scouts placed a candle for each of the residents who died in the attacks.
Nakeem Grant/Herald
Previous Next
By Nakeem Grant

Residents, local elected officials and community groups gathered around the 9/11 Memorial at Hall’s Pond Park in West Hempstead last Saturday for the West Hempstead Community Support Association’s annual 9/11 service. Reflecting on the 20th anniversary of the Sept 11. attacks, people of all ages filled the park to promote the same resounding message: to never forget.