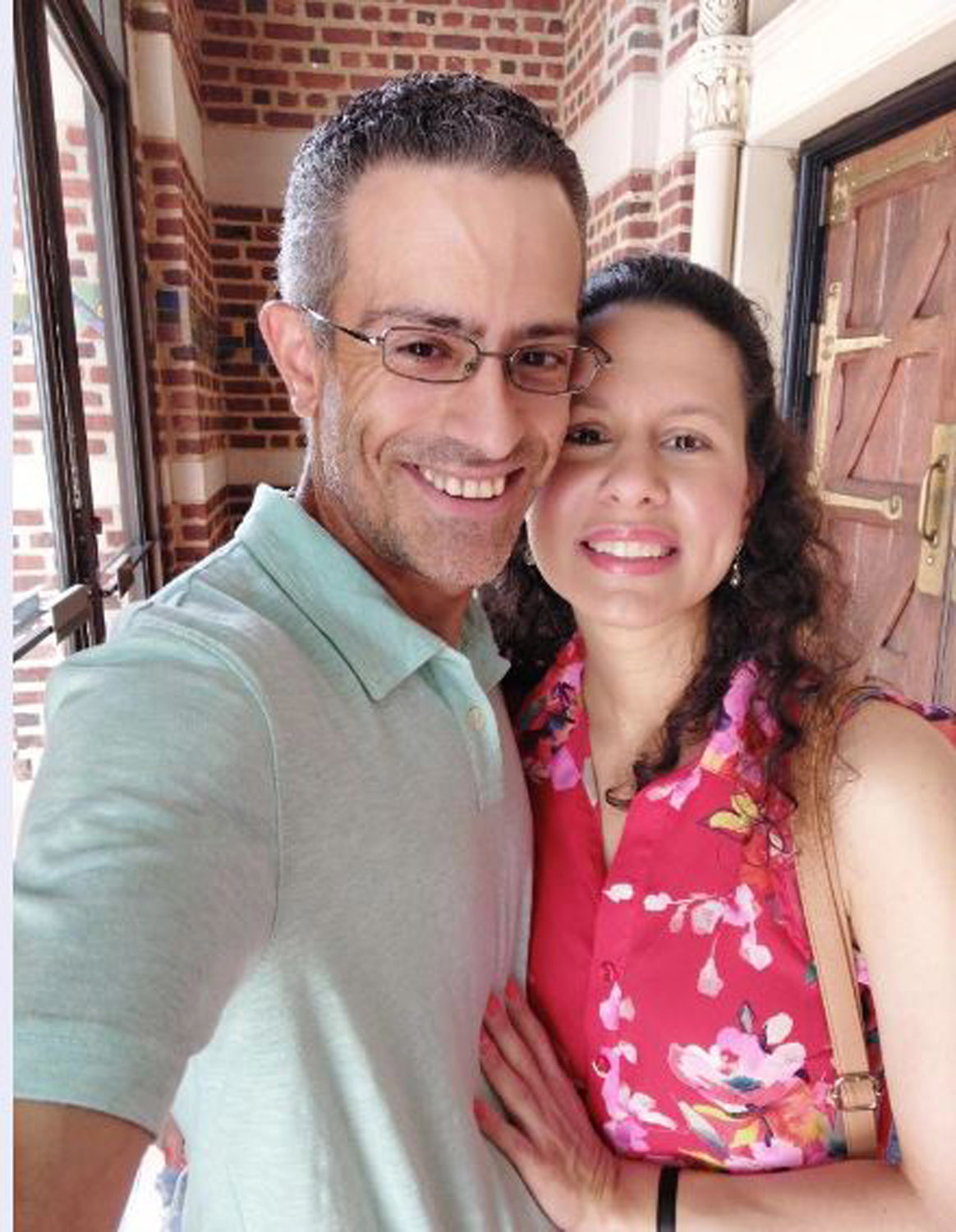 Eric Peluso, 39, a lifelong resident of West Hempstead who has suffered from kidney disease for nearly 20 years, with his wife, Michele Peluso.
Courtesy Michele Peluso
By Robert Traverso

When Eric Peluso, a lifelong resident of West Hempstead who has lived with kidney disease for nearly two decades, began dialysis treatment on Dec. 8, he and his wife, Michele, took the same approach that has guided them through Eric’s 20-year journey: “We take it day by day.”

Despite being placed on the kidney donor waiting list at NYU Langone Hospital in Mineola last June, Eric was, up until that point, able to focus largely on diet and exercise as a way to mitigate his kidney disease.

Since then, Eric’s kidneys have completely failed, and his health has declined. He now receives dialysis treatment three times per week for three and a half hours.

“I still have faith that something good will come out of this someday,” Eric said. “It’s hard… I’m disappointed, but I have to stay positive and keep my head up,” he added about the change of his circumstances since the summer.

Michele explained that kidney disease has been a mainstay of Eric’s life and her life, it having affected her father and been prevalent in both her and Eric’s family. “We’ve lived our life with it,” Michele said. “To see Eric go through this, to see him suffer… I never thought it would happen to him, it’s heartbreaking,” she added.

Eric’s struggle with kidney disease began when he was tested to see if he was a match for his father’s kidney. His diagnosis came back showing an increased amount of protein in his blood, leading doctors to place Eric on medication to stall his protein levels.

Although Eric’s brother, Thomas, had a successful kidney transplant, his mother died in 2008 at the age of 57 due to complications of kidney and heart problems. Eric’s father died at 72 during 2020 of liver cancer.

Eric has struggled immensely during his own battle with kidney disease and search for a donor.

Receiving dialysis treatment on Monday, Wednesday and Friday on a weekly basis at the New Hyde Park Dialysis Center, Eric sometimes experiences cramping as well as pain in the middle of the night as a result of the treatment, Michele said.

But the daily care of the support system that he and Michele have established is what keeps Eric fighting each day.

“We all help each other,” Eric said of the support he receives from Michele and his family. “We try to keep it positive,” Michele added. “We take it day by day and be there for one another… a support system helps anyone cope with a situation.”

Michele said that she is hoping a living kidney donor will come forward to help Eric. A donation of this kind would speed up Eric’s recovery and prolong his life. Dialysis, on the other hand, she called a “non-long-term approach.”

Michele described Eric as a kind person who loves his family.

While Eric and Michele, who is diabetic and therefore not a viable donor, don’t have any children, Michele said that her husband “adores” his three-year-old niece and his three-month-old nephew. “He would love to see them grow and go through the stages of life. A kidney donor can make that dream become a reality,” Michele said.

“It will save him,” she said of Eric receiving a kidney transplant. “If someone wants to be a hero, he’d have a normal, healthy life.”

Those interested in becoming a kidney donor for Peluso can call the NYU Langone Transplant Institute at (212) 263-3621.