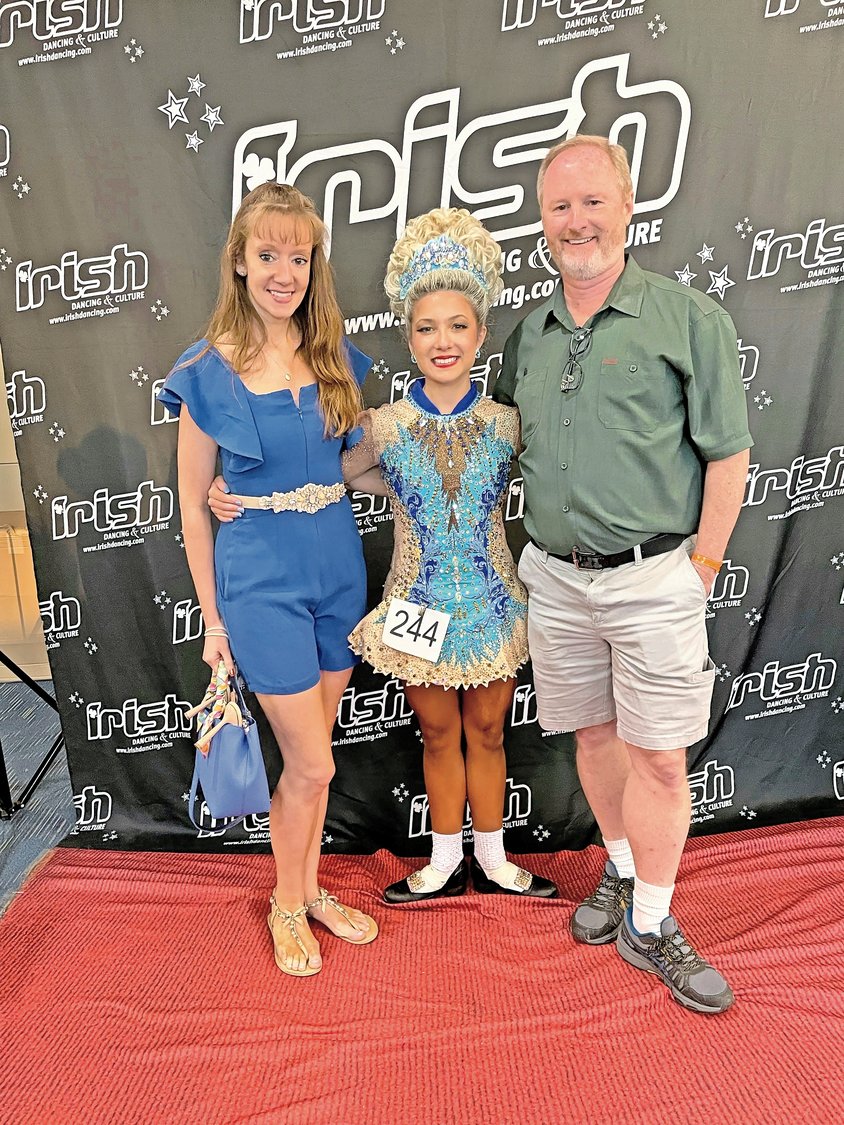 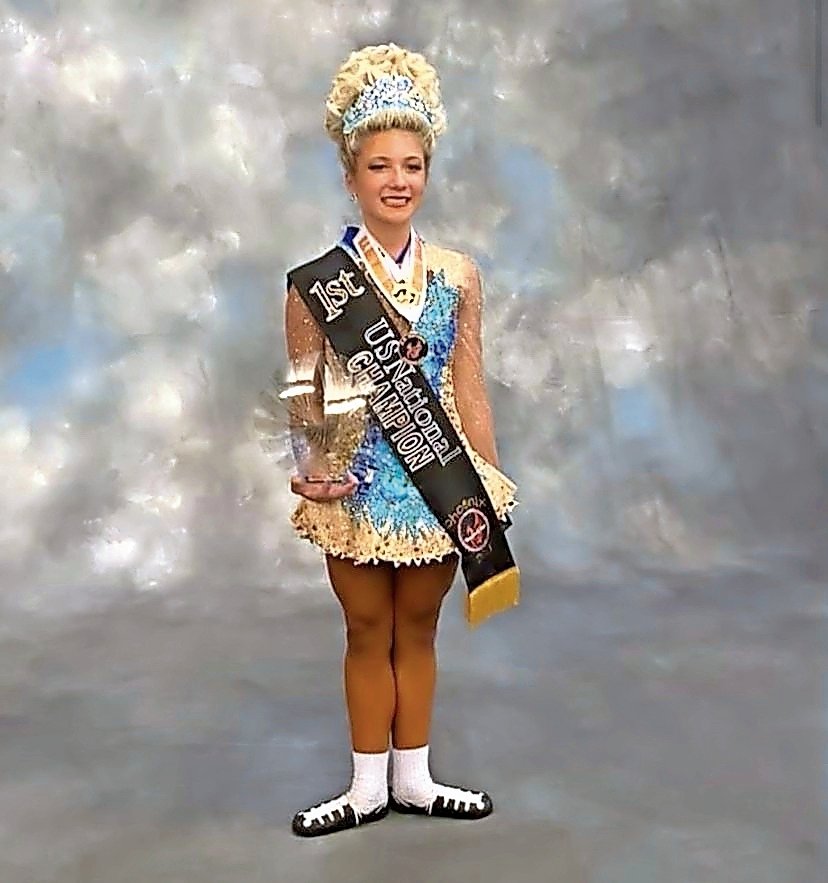 McGlynn with her sash and trophy after her age-group win.
Courtesy Kassidy McGlynn
Previous Next

Bellmorite Kassidy McGlynn was recently named the under-16 U.S. national champion in Irish dancing at a four-day competition in Phoenix that ended July 10. McGlynn competed against nearly 500 dancers in her age bracket.

McGlynn, 15, who said she has been step dancing since age 5, will start her junior year at John F. Kennedy High School in the fall, where she is a member of the kick line team, president of the culture club and takes part in student government as well. She competes at the highest level of Irish step dancing, open championships.

“At a regional event, you have to qualify for nationals,” she explained. “But once you’re in the open championships, you automatically qualify, which is how I did.”

There are five levels of dancing before open championships, and McGlynn said that dancers can move up levels at a local competition, known as a feis. In order to dance in an open championship, dancers must win three competitions at the level just below it.

Irish step dancers wear two types of shoes: a hard shoe, which resembles a tap shoe, and a soft shoe, which is similar to a ballet slipper. At the nationals, McGlynn said, “There are two rounds that everyone dances, one with a hard shoe and the other with a soft shoe.”

During the preliminary rounds, there are a number of dancers on the stage at once, so the focus is not entirely on one dancer, she said. “After these first two rounds, you wait and see if you’re recalled,” she added. “If you recall, then you do your set dance. The set dance is when you dance all by yourself — the judges see every little move. It’s the most important round.”

Along with additional remarks from judges, dancers accumulate points during all three rounds, which comprise their final score. McGlynn earned her age group’s national championship with consistent performances in each phase of the competition.

She dances under the instruction of Sean Reagan at the Inishfree School of Irish Dance, which has a number of locations across Long Island. McGlynn’s main classes are in Massapequa. “One teacher who has been through this whole journey with me is Sean Reagan,” she said. “He’s not only taught me about Irish dancing, but also about life. He helps me have a good, positive mentality.”

McGlynn said that returning to competition during the coronavirus pandemic has been challenging. “A couple months ago, there were none,” she said. “Just getting into a feis has been really hard because of capacity. Registration would open online, and within seconds it would be full.

“When Covid started, it was pretty hard,” she added. “But even though it was a hard time, it was when I realized that maybe I wanted to win nationals. I had the time to practice, and started working really hard. It helped me get through everything.”

“Prior to Covid, Kassidy was supposed to dance in Dublin at worlds,” a global Irish dance competition, her mother, Chrissy McGlynn, said. When it was canceled because of the pandemic, Chrissy said, “She put all that energy and sadness into preparing for nationals. My husband and father built her a stage — there were nights she was just pounding away.”

Asked how she got started in dancing, Kassidy said, “My grandma, who is actually Italian, wanted me to Irish dance. If it wasn’t for her, I wouldn’t be here at all.”
“When she sets a goal, she will go to all ends to meet it,” Chrissy said. “She perseveres in everything she does.”

Kassidy’s sister, Kiera, 11, a sixth-grader at Shore Road Elementary School, is a dancer, too. Kassidy proudly noted that Kiera finished fourth in her age bracket at nationals, and it was the first time she had competed at that level.

There are no age limits in Irish dance, Kassidy said, so she can continue dancing even after she graduates from high school. “I think that I’ll Irish dance throughout college,” she said. “If I stay in the area, I can keep dancing at Inishfree.”

“After college, I think I’ll definitely become a [dancing] teacher,” she said, adding that she had already started to take the classes needed to become one. “I want to stay in this community — I love it.”

Competing at her level is daunting, but Kassidy said she is constantly supported by her teachers, family members and friends, and that she has met some of the best people in the world of Irish dance.

“It’s not only a dance school, it’s a family,” her mother explained.

“You have to go into things being very positive,” Kassidy said. “When you do that, all the fear goes away.”