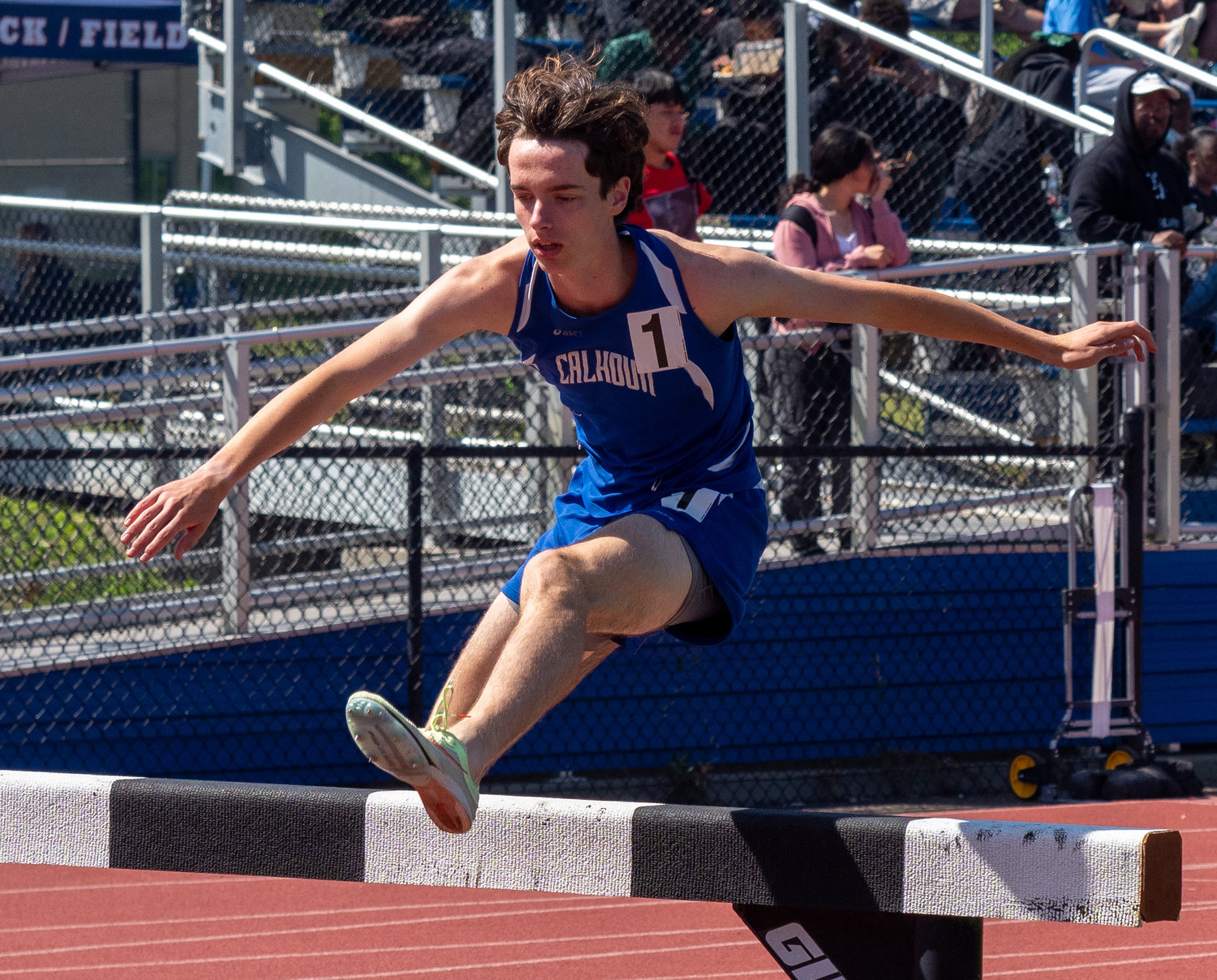 It was double the fun for Calhoun’s Sara Manson and Logan Schaeffler at the Nassau Class AA track and field championships, which led to a trip to Syracuse last weekend for state meet.

Manson, a junior, captured county titles in the 100-meter hurdles and triple jump, while Schaeffler, a sophomore, romped to victory in the 3000m steeplechase and also captured the 3200m run May 25 at Roosevelt High School.

Manson accounted for 28 of the Colts’ 76.5 points. She took the 100 hurdles in 16.70 seconds, the triple jump at 35 feet, 11 ¼ inches, and also placed second in the long jump. She competed in both jumping events in Syracuse.

“Sara is an impressive kid,” girls’ coach Joe Migliano said of Manson. “We tweaked a few things in her jumping technique recently and she increased her triple jump by three feet and long jump by eight inches.”

“Logan is a real talent,” boys’ coach David Hendler said of Schaeffler. “He pulled off an unbelievable triple at the county meet.

“He has incredible stamina. He’s only competed in steeplechase four times and he’s going to Nationals next week in Oregon,” he added.

The Colts had a handful of strong second-place performances at the county meet, led by top thrower Eric Avellone. The senior was runner-up in the shot put and discus. “Eric had a really big season and was our team MVP,” Hendler said. “He’s such a humble student and athlete and a pleasure to coach.”

Junior hurdler Peter John Schramm took second in the 110 (16.38) and fourth in the 400. The boys’ 4x800 relay settled for a hard-fought second-place finish behind Roslyn by 1.52 seconds. Junior Matthew Belmonte anchored a foursome that included seniors John Schwab and Alexander Rosario, and junior William Hughes. “The 4x800 is something we worked on all year to find the right combination,” Hendler said.

The girls have won 77 straight league meets in the spring.

“We had high expectations and a huge target on our back all year,” Migliano said. “Week-in and week-out, the girls stepped up and performed to the best of their ability.”