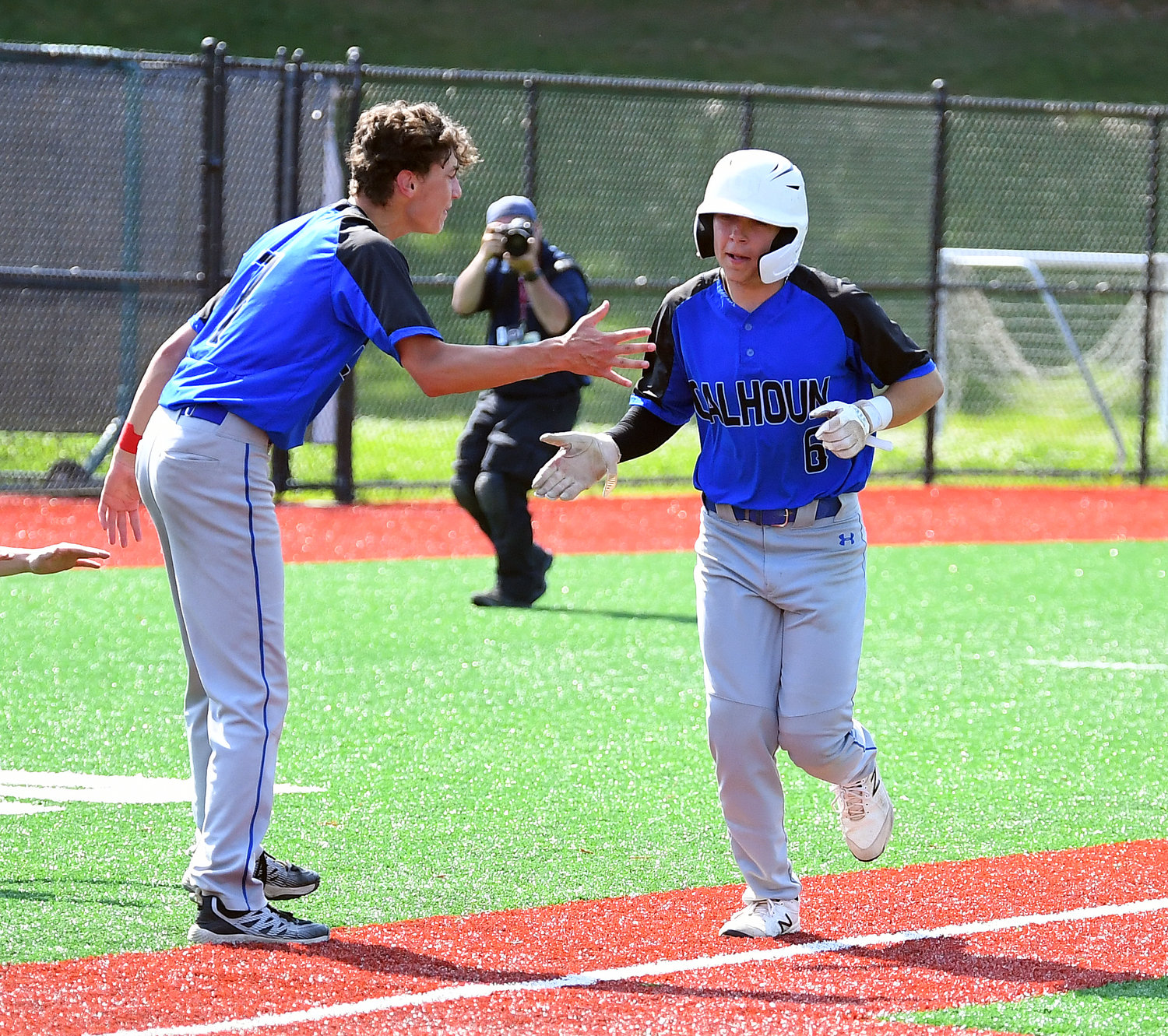 Andrew Schneir provided the insurance, a 3-run homer, in Calhoun's win over Clarke on Monday.
Neil Miller/Herald
By Tony Bellissimo

The Nassau County Class A baseball best-of-3 championship series between top-seeded Calhoun and No. 4 Clarke will come down to a decisive third game.

Calhoun took Monday’s Game 2 on a hot Memorial Day afternoon at Farmingdale College, 6-2, thanks to three-run rallies in the top of the fifth and seventh innings. With the Colts clinging to a one-run lead entering the seventh, senior shortstop Andrew Schneir provided the insurance with a three-run homer off the foul pole in left field.

Senior Shane Linett pitched well into the bottom of the fifth and was lifted for junior reliever PJ Kakalos with Clarke (22-6-1) threatening. The Rams pushed across two runs, both charged to Linett, but left a pair of runners on base.

Clarke, which rallied to win Game 1, 3-1, on Sunday afternoon on junior JJ Palumbo’s two-run double in the sixth, stranded runners on second and third in the sixth inning of Monday’s game.

Weather permitting, Game 3 is set for 4 p.m. Wednesday with Calhoun designated as the home team.