Cheers ring out for Kennedy Homecoming 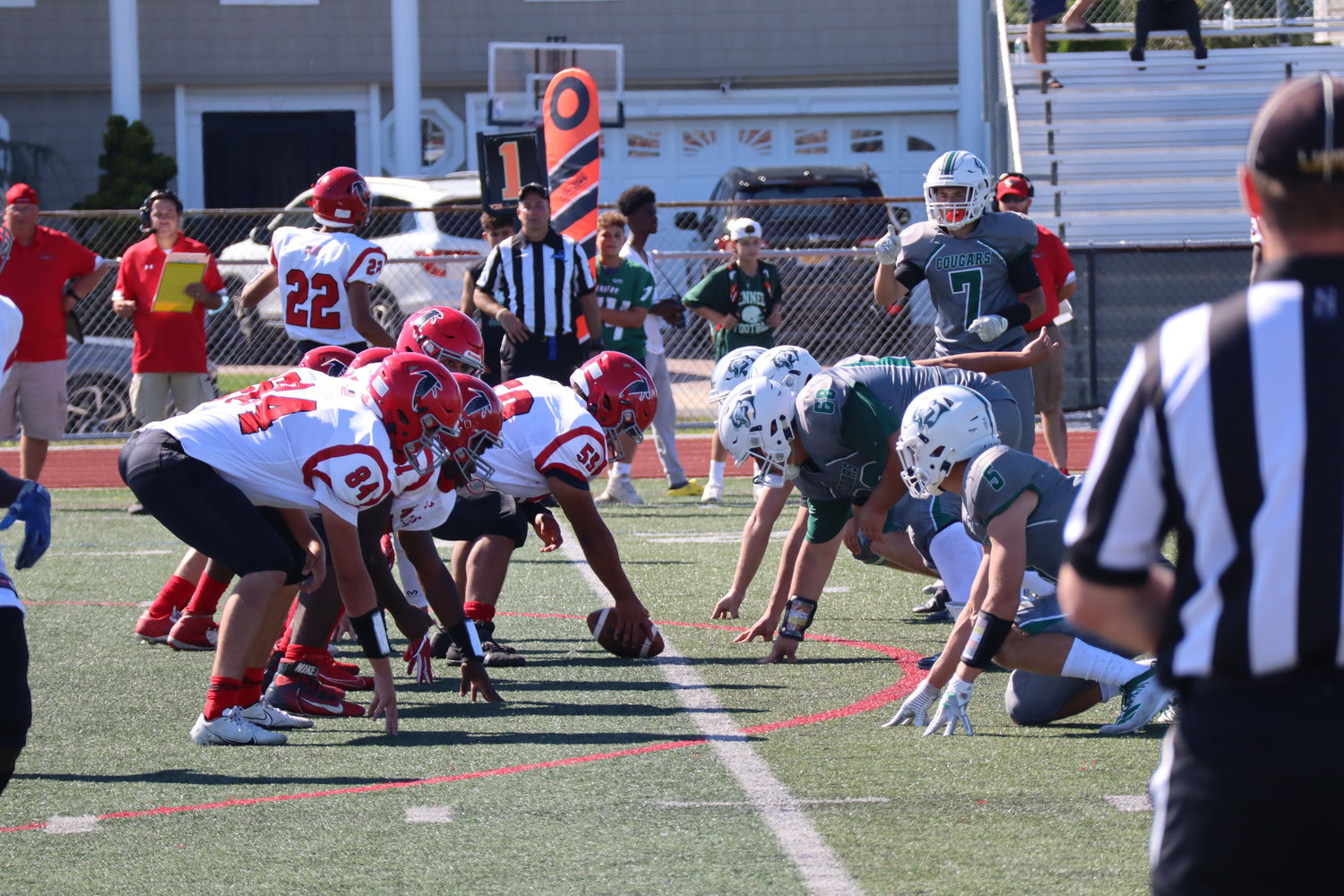 Valley Stream South and the Cougars faced off.
Andrew Garcia/Herald 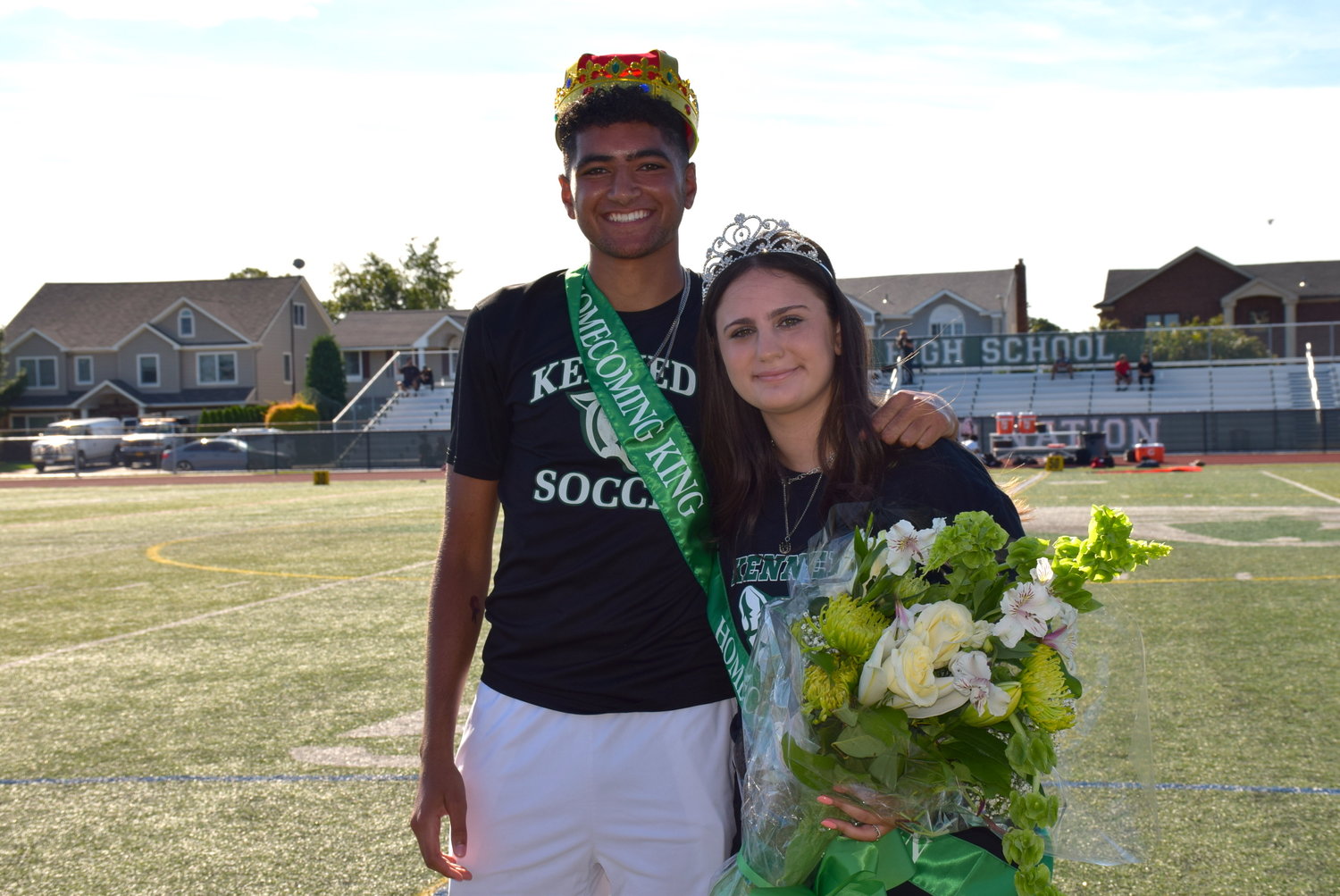 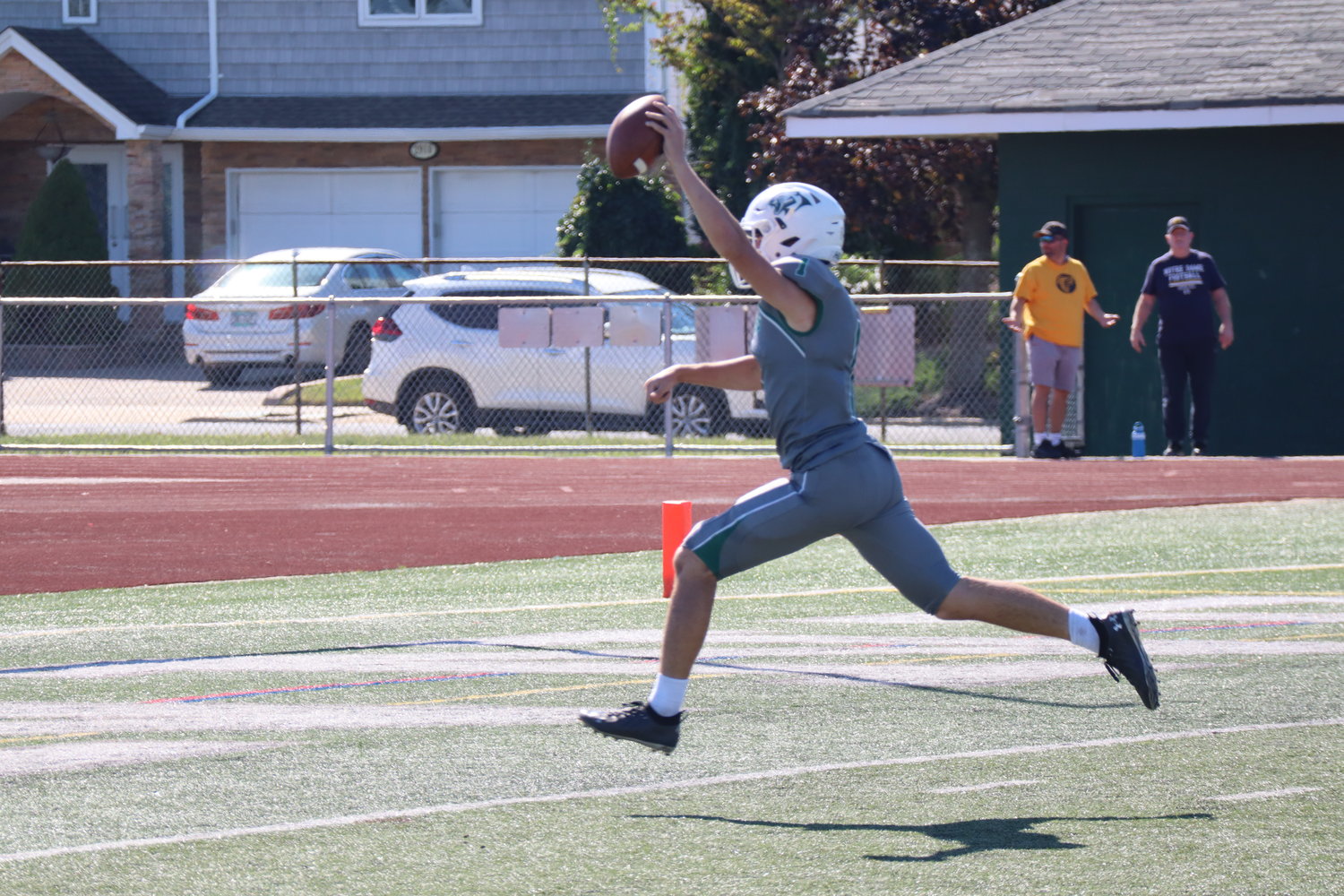 The crowd burst into cheer as a touchdown was made by the Cougars.
Andrew Garcia/Herald 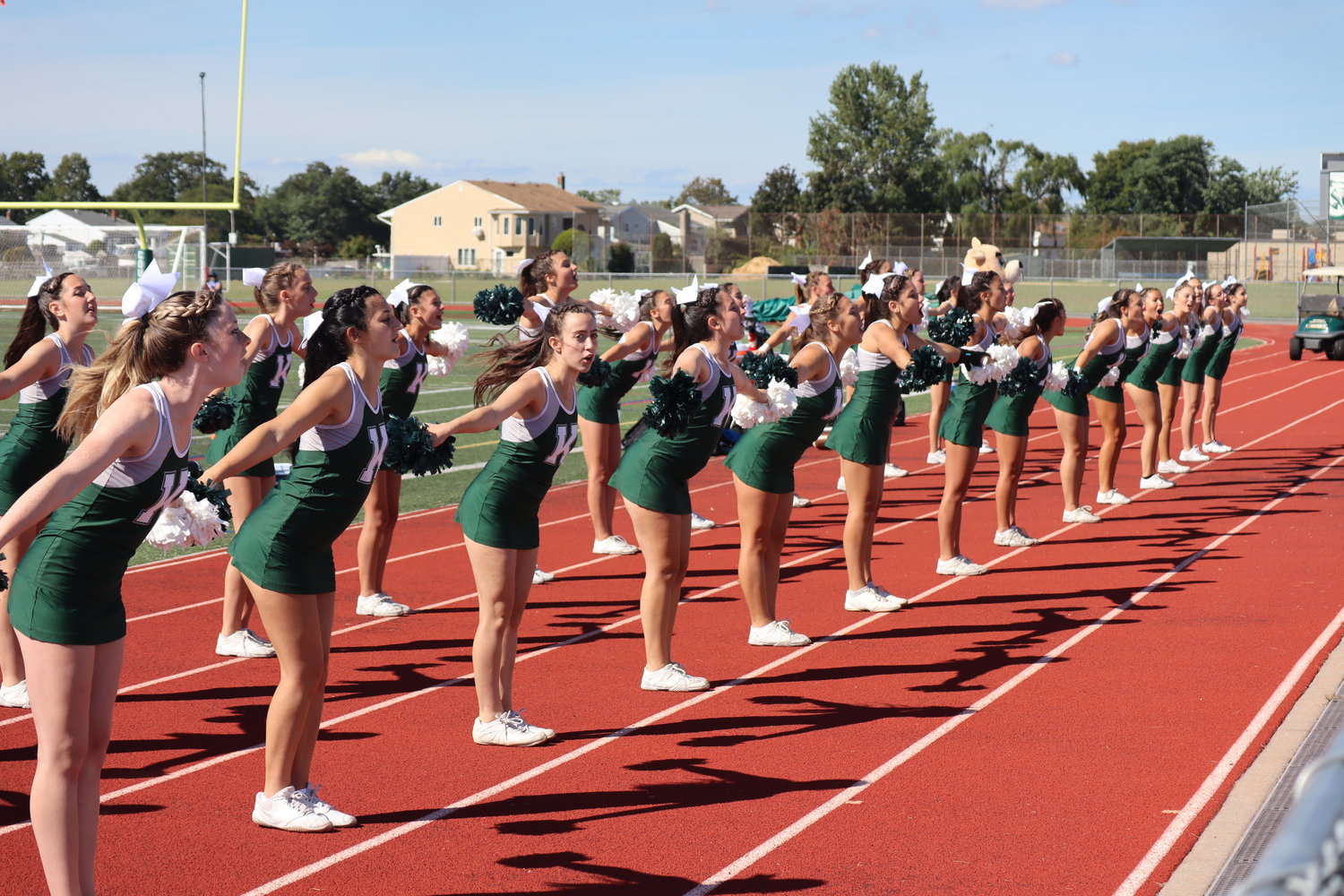 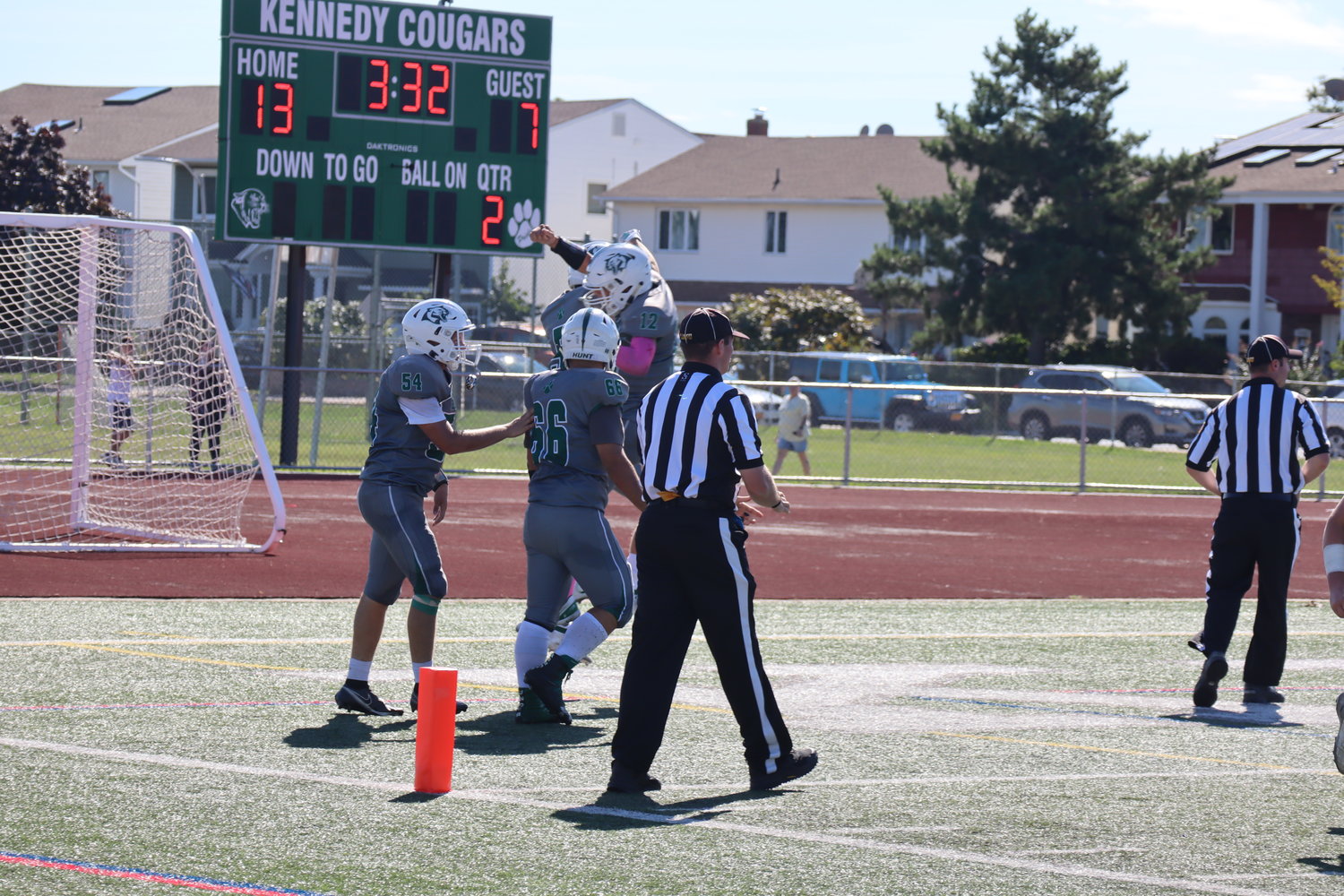 Players embraced on the field after a touchdown.
Andrew Garcia/Herald
Previous Next
By Andrew Garcia

John F. Kennedy High School in Bellmore celebrated a lively homecoming with packed bleachers on Sept. 25. The Cougars came up just short against Valley Stream South with a score of 15-16.

Coming back from a truncated season last year, the school was ready to make some noise. The cheerleading squad pumped up the excitement while the school marching band provided music.

During halftime, seniors Youssof Bendary and Sophia Warren were crowned king and queen.

They weren’t the only ones to get special recognition, however. Dozens of alumni lined the field in debut of the JFK Athletics Hall of Fame, which recognizes athletes from throughout the decades.