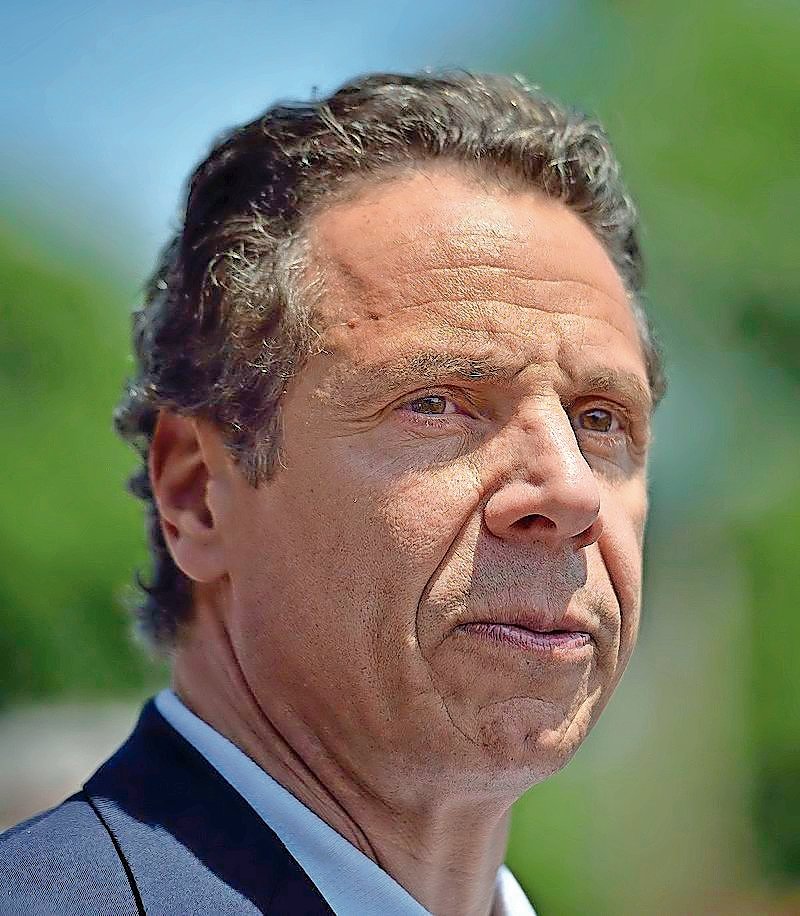 Gov. Andrew Cuomo was accused of a range of inappropriate behavior by 11 women; nine are current or former state employees.
Herald File Photo 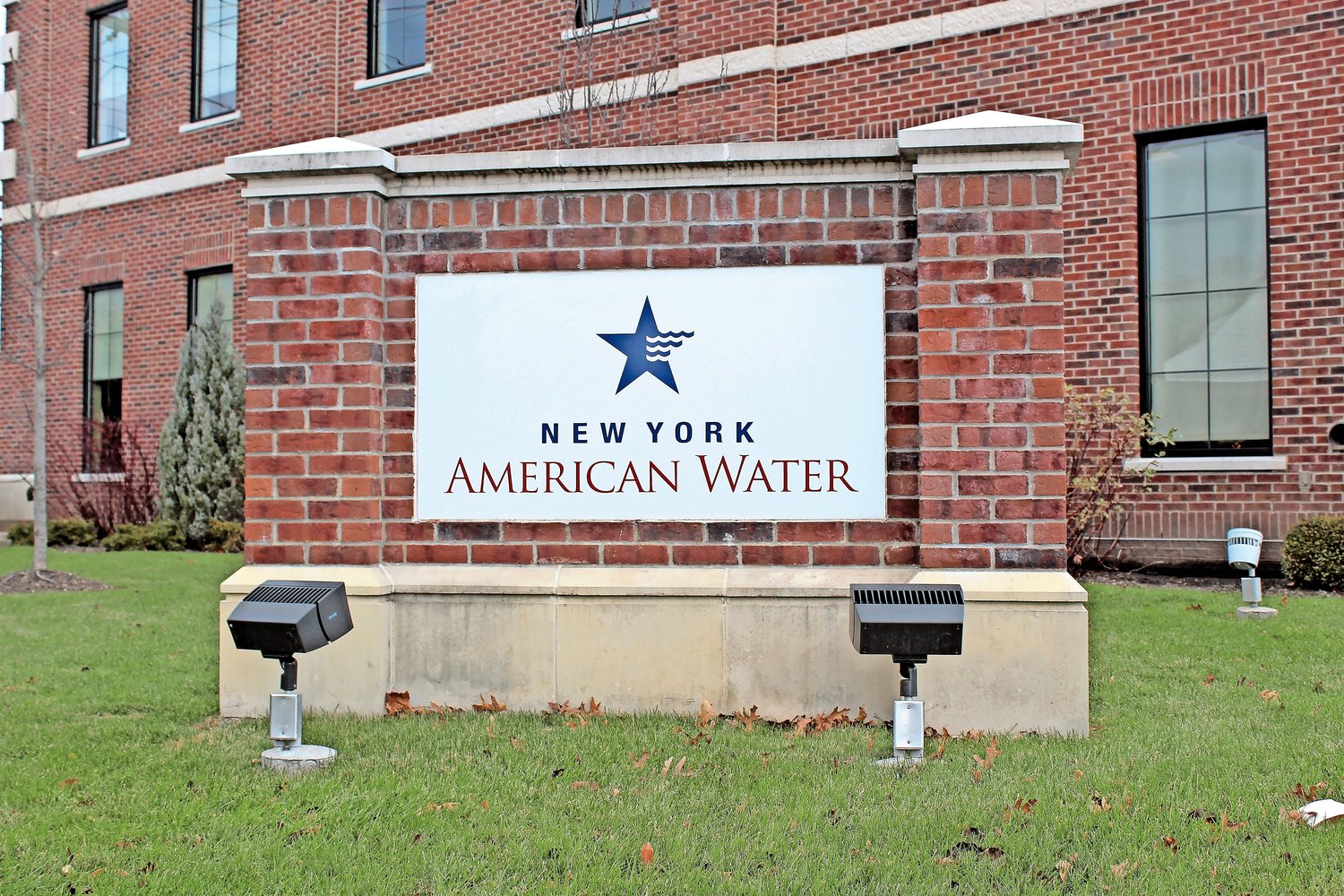 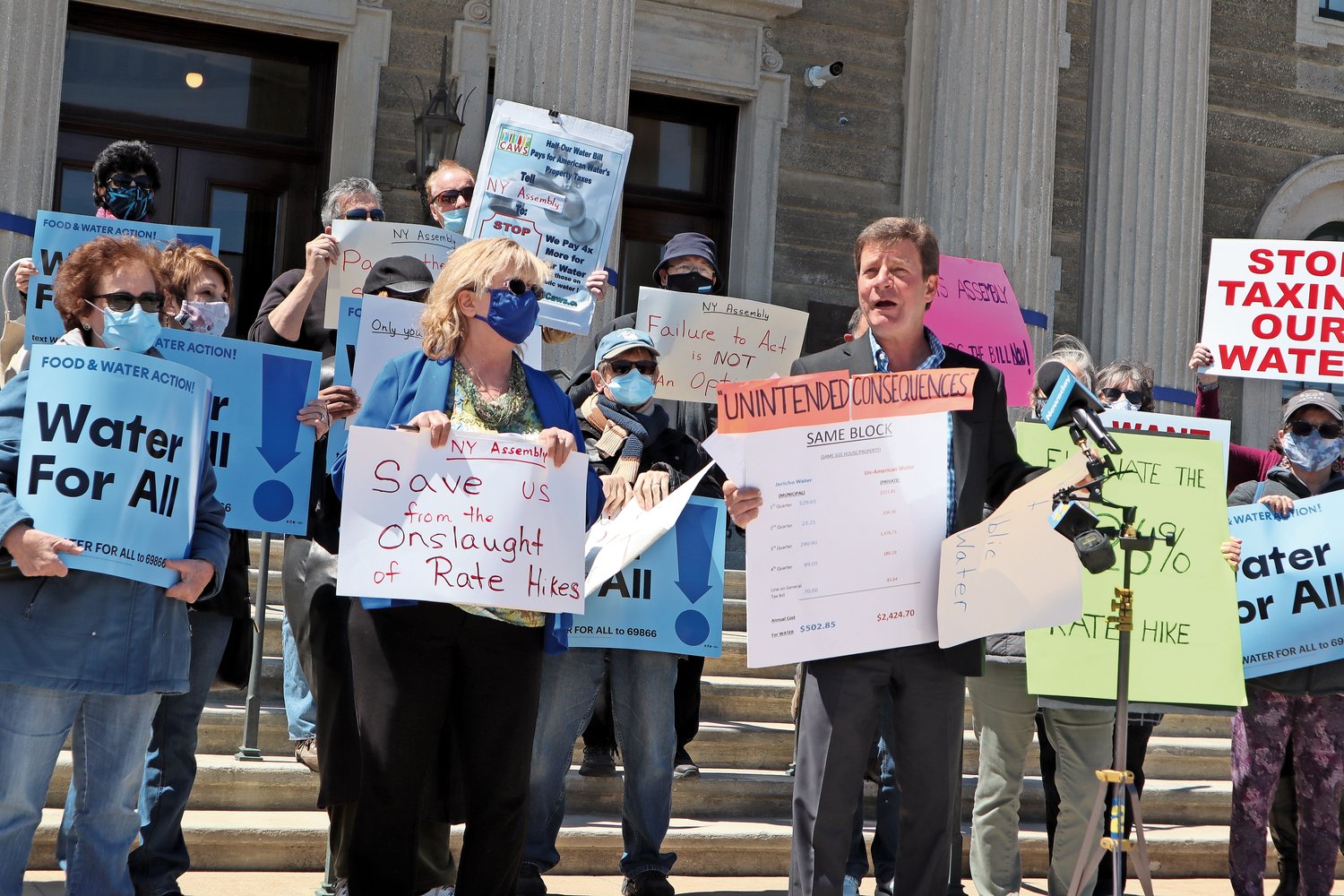 In April, Claudia Borecky and Dave Denenberg, co-directors of Merrick-based Long Island Clean Air Water and Soil, gathered with other public-water advocates at the Theodore Roosevelt Executive and Legislative Building in Mineola.
Andrew Garcia/Herald
Previous Next

On Tuesday, Gov. Andrew Cuomo announced his resignation, in the wake of New York Attorney General Letitia James’s release of a blockbuster report last week detailing allegations of sexual misconduct by the governor. County and state officials had joined a chorus of voices across the country calling for Cuomo’s resignation.

In a statement released on Tuesday, State Assemblyman David McDonough, a Republican from North Merrick who represents the 14th District, said, “His resignation marks the end of a disturbing and dark time for New York. I want to again commend the bravery and courage of the women who came forward with their truths.”

“I believe the report clearly demonstrated that there were multiple cases of sexual harassment,” said Sen. John Brooks, a Democrat from Seaford who represents the 8th District, including Bellmore and Merrick. “It’s a clear violation of the various laws and operational rules we have in the state.”

Brooks called on Cuomo to resign the day the report came out, and had previously called on him to step aside while the investigation ran its course. “In my mind, the information that was presented proves that the governor is guilty of the charges that were made,” Brooks added.

The controversy surrounding the governor has left in question the fate of a bill that would establish a South Nassau Water Authority — which would replace the services of New York American Water, a private company. In June, the bill was passed unanimously in the State Legislature after a study ordered by Cuomo determined that the creation of a public entity was feasible. The measure now awaits the governor’s signature.

Passage of the bill felt like a long-awaited finish line for Merrick-based Long Island Clean Air Water Soil Co-directors Claudia Borecky and Dave Denenberg. For years they have advocated for the creation of a public water entity in order to eliminate the high fees that NYAW customers pay.

Denenberg, an NYAW customer, said his water bill for the past month was $493.

Borecky and Denenberg surmised that signing the bill would have been seen as a political win for Cuomo. With his resignation, they were unsure whether he would sign it before leaving office, or they would have to lobby his successor, Lt. Gov. Kathy Hochul.

Cuomo was “the most prominent proponent of public water,” Denenberg said, opposing the $608 million sale of NYAW to Liberty Utilities, another private entity, which was halted by the Department of Public Service to conduct the feasibility study.

“If he does stay, he should fulfill his duties and act in the best interests of his constituents,” Denenberg said.

“This couldn’t have come at a worse time,” Borecky added, noting that Hochul’s position on public water is unknown.

“I applaud the women who came forward for their strength and bravery to speak up,” Miller said. “Because of their courage, we are able to hold Governor Cuomo accountable for his horrendous actions.”

Miller noted that an investigation into Cuomo’s handling of deaths at nursing homes during the peak of the Covid-19 pandemic continues. “I hope investigations into the nursing home scandal continue,” she said, “and bring justice to the countless family members who have lost loved ones at the hands of Governor Cuomo’s failed policies.”

“The facts are much different than what has been portrayed,” Cuomo said in a pre-recorded statement released last week. His comments at the time included no mention of resignation.

James’s report indicated that he had sexually harassed 11 women, some of whom had worked for him. One was a New York state trooper who worked on his security detail. Her allegation had not been made public previously.
State Assemblywoman Judy Griffin, a Democrat from Rockville Centre, condemned Cuomo’s reported actions, calling them “egregious, devastating and reprehensible,” and adding that she had faith that James had the ability to conduct a strong, thorough, comprehensive and impartial investigation.

“Confronting and overcoming the Covid crisis requires sure and steady leadership,” New York’s two U.S. senators, Chuck Schumer and Kirsten Gillibrand, said in a joint statement after the report was made public. “We commend the brave actions of the individuals who have come forward with serious allegations of abuse and misconduct. Due to the multiple, credible sexual harassment and misconduct allegations, it is clear that Governor Cuomo has lost the confidence of his governing partners and the people of New York. Governor Cuomo should resign.”

Acting Nassau County District Attorney Joyce A. Smith said she was studying the investigation’s findings. “We have requested the attorney general’s records related to any incidents that occurred in Nassau County,” Smith said in a statement, “and will thoroughly and expeditiously investigate any potential crimes.”