Ensuring that every student has supplies 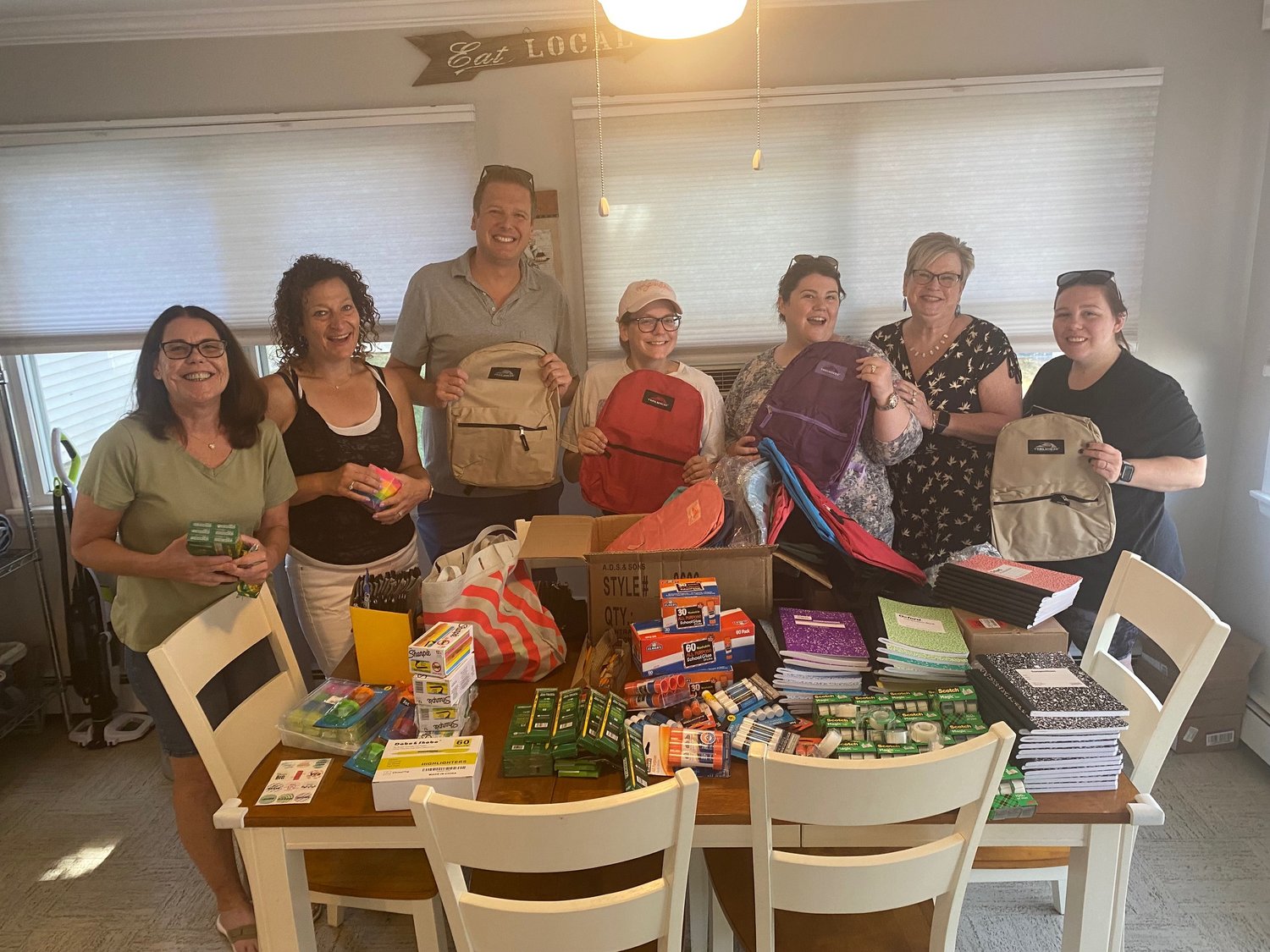 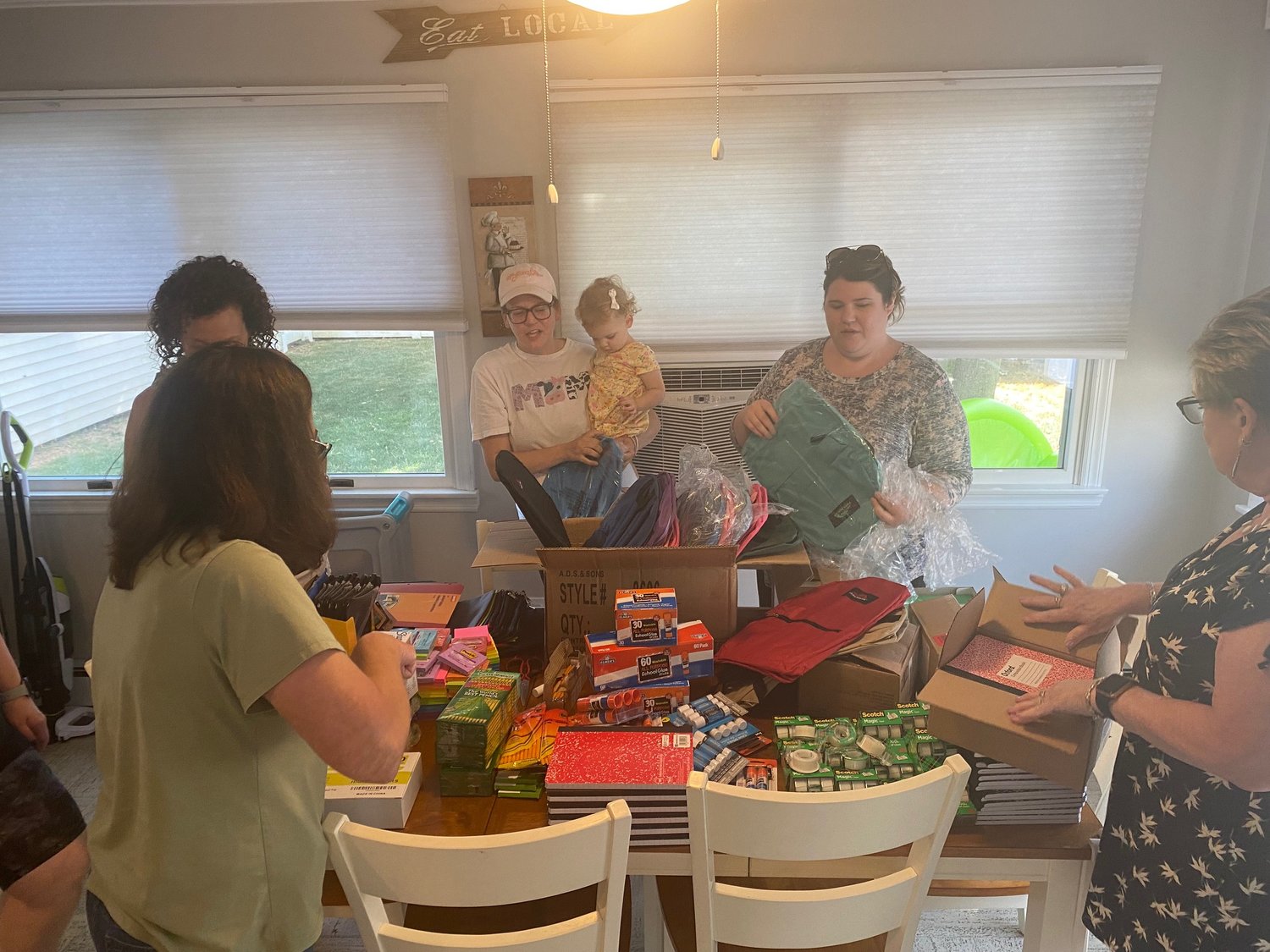 The community has rallied together to contribute monetary donations, school supplies and gift cards to a backpack drive, that was started by a parent in the North Merrick Union Free School District.
Courtesy Cara Nettles
Previous Next
By Kepherd Daniel

Parents in North Merrick are doing their part to help kids get ready for the new school year.

Merrick resident Cara Nettles began a backpack drive, with a few of her friends to help students in need of school supplies ahead of this school year. Nettles grew up in the area and graduated from Sanford H. Calhoun High School in 2005. Nettles’ husband and his family are from Merrick as well. Some of Nettles’s friends that she grew up with were on the free school lunch program, she said, a reason why she felt that it was important for her to give back.

Last year Lindsay Taylor, a friend of Nettles, reached out to the North Merrick school board to donate a backpack and school supplies to a child in. Inspired by her friend, this year Nettles’ decided to  start a backpack drive, and with the help of the local schools and businesses in Merrick and throughout the island, the contributions have been well above what Nettles had expected. Nettles was able to spread the word by posting about it on Facebook, Instagram, and LinkedIn,.

“I’ve been emailing people, talking to people that I don’t even know,” she said. “Anybody is willing to listen.”

The North Merrick Union Free School District’s Board of Education was able to identify families that need the backpacks, while also keeping those families’ names confidential. Nettles began collecting on July 24, with a goal to collect 25 backpacks to get necessary supplies. Since then, she has collected over $1,500 in monetary donations, and businesses and local parents have donated items such as backpacks, reusable water bottles, pens, ice packs, headphones, school supplies, and Target gift cards so kids can go out and buy themselves something new for the first day of school.

“The community has come together — unlike anything I’ve ever seen before,” Nettles said. “It’s truly been amazing, the sense of support and outpour of love that we’ve received from the community.”

Participating businesses include USI Insurance Services, which Nettles works for, Merrick Kitchen and Bath, and the Five Towns Premier Nursing and Rehabilitation Center in Woodmere. Joe Bendon works at the Five Towns Rehab Center but is a Merrick resident, who found out about the drive from a communing Mom and Dad’s page on Facebook.

“Even though I’m not a local business, I’m a local resident and I thought it was a good opportunity to help out,” he said.

Kathy Moran, a trustee on the North Merrick Board of Education, connected Nettles with the school district and has assisted in collecting backpacks.

“Cara took it off,” Moran said. “Everyone in the community was donating and it became such a wonderful thing. There parents that grew up in this community don’t have kids in school yet, but they loved our school so much that they decided to give back to people in the community.”

Because she’s from Merrick, Nettles said she is raising her one-year-old child in the district.

“Cara really has just spearheaded this thing like you would not believe,” Moran added, “and taking it like, you know, to a whole other level.”

Aug. 12 will be the last day that the drive will be accepting donations. Those who want to donate can do so by sending money via Venmo to “@cara-nettles” with “FUNDRAISER” in the memo. There are two drop off bins for donations at the North Merrick Starbucks, located at 1713 Merrick Ave., North Merrick.